The visit came three months after Cyclone Idai induced flooding made landfall in Malawi, killed 59, and left 868, 995 affected, with 86,000 people homeless, more than 19,238 homes damaged or destroyed, along with at least 63,444 hactres of crops and approximately 23,000 livestock of different types were affected by the floods. 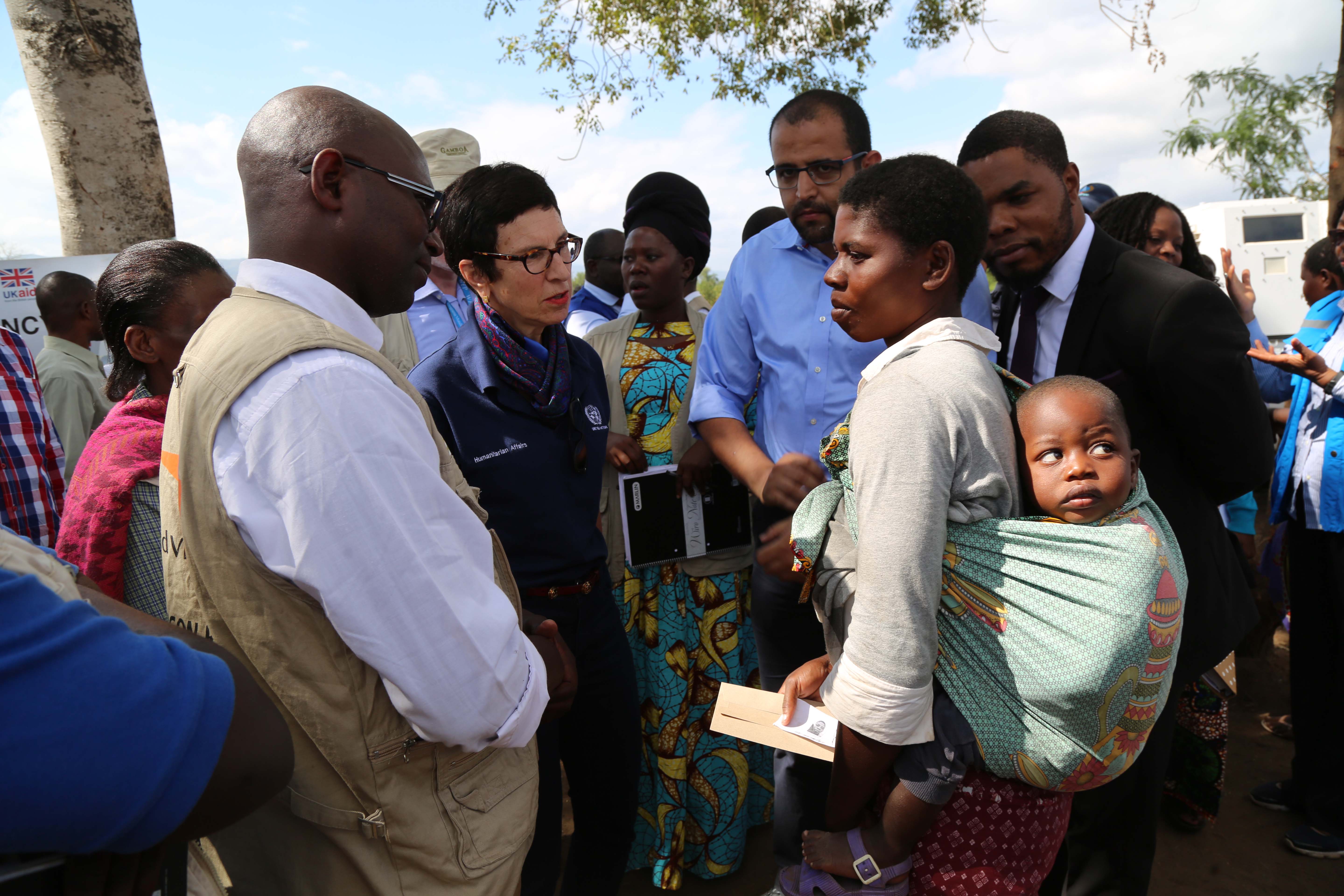 Speaking to the media during the visit at Mwalija resettlement Village, Ursula, who toured a cash distribution by World Vision to 365 households, in partnership with World Food Programme, she lauded the approach, saying, “It gives dignity to people, gives them choices and develops the local market”.

Visiting families that have relocated to higher lands and rebuilding their livelihoods, the UN Chief further said that she was impressed with the resilience efforts being championed by various agencies that are working with flooding victims.

World Vision in Malawi, with support from the Dutch Relief Alliance (DRA) has distributed winter cropping materials to 3,500 households in Zomba and Chikwawa districts. The inputs have included 2 kilograms of maize and been seed, 20 kilograms of fertilizer and 16 kilograms of sweet potato vines.

Besides, 7,000 households received one packet of green leaf vegetable seed.

According to the UN, about three million people were affected by Idai across the three countries.

Mueller then challenged that as the response continues, there is need to build back and build resilient communities that will withstand the future.

“Since the climate crisis is real and has big impact on countries that are already struggling with a lot of challenges, it is also important to be preparing for the next disaster. These are recurring and therefore prevention, preparedness, early recovery and capacity building of the communities is very important”, added Mueller.

For Malawi, the cyclone Idai induced flooding which was a disaster on top of another suffering.

An estimated 3.3 million people were assessed to be in need of food assistance until the start of the main harvest that came recently in April.

The recent floods, therefore, have further compounded the situation. Losses of food supplies, damages to the soon-to-be harvested 2019 crops and reduced access to markets, are likely to aggravate food security conditions.