As the Syria conflict erupted in 2011, civilians fleeing to Turkey faced many challenges. The toughest was the lack of legal protection or identity cards, necessary to access basic services such as medical care. Turkey hosts the largest population of refugees worldwide, including 3.6 million Syrians. Sura* is one of them.

Travelling from Syria’s Aleppo to Turkey was not an easy decision for Sura, a 35-year-old mother of three.  In 2012, she felt like she had no choice but flee her home together with her husband and children. They packed a few of their belongings and headed to the Turkish border, seeking refuge and safety. They knew that there was no looking back. They either had to live in terror every single day, hearing the frightful sound of life-threatening airstrikes, or to head into the unknown to find even a glimpse of hope to hold on to.

“Like many families, we had a normal life in Aleppo. We never expected we would have to leave our country, our home. Not until 2012. That was when things started getting out of control. We had to make a decision, a decision to flee and not look behind – at least for now,” the 35-year-old mother said.

Sura*’s family settled in Kilis, a city in south-central Turkey, and lived there for five years. Their life by the border was not easy. In search of a better life and to explore other options for them and their children, they moved to Istanbul in 2017. Life still holds many struggles for them. One of Sura’s children, Ayman*, suffers from a mental disability and needs special care. She said: “Access to health services was not easy. As time passed, we made friends with our neighbours who lived similar circumstances. One of them introduced me to an organisation that would grant us access to many essential services, the International Blue Crescent Relief and Development Foundation (IBC).”

Sura went to IBC’s Info Hub the following day. The team at the Info Hub arranged a visit to the hospital for her and her son, and an ambulance brought them there. Ayman was diagnosed with advanced mental disability.

“They provided Ayman with a wheelchair although there were a few complications. We did not have the necessary identity documents, I am thankful for the exceptions that were made,” Sura said. Both Sura and her son had IDs from Kayseri in central Turkey, but needed new ones to legally reside in Istanbul. IBC managed to provide her with translation and guidance, helping her to obtain IDs for herself and her family.

“We are very thankful for all the help World Vision’s partner, IBC, has provided us with. We needed it very much. My only hope for now is to have my children get access to education,” Sura concluded.

With generous funding from the European Union, World Vision has provided over 10,000 refugees in Turkey with legal and protection services to help them adjust to their new life. The services, which were implemented by two local civil society organisations, the International Blue Crescent Relief and Development Foundation (IBC) and the Research Centre on Asylum and Migration (IGAM), include information on access to services, legal counselling, psychosocial support, helping refugees overcome language barriers, on-site support with local authorities and referring them to other organisations, as needed.

* Names have been changed to protect identities. 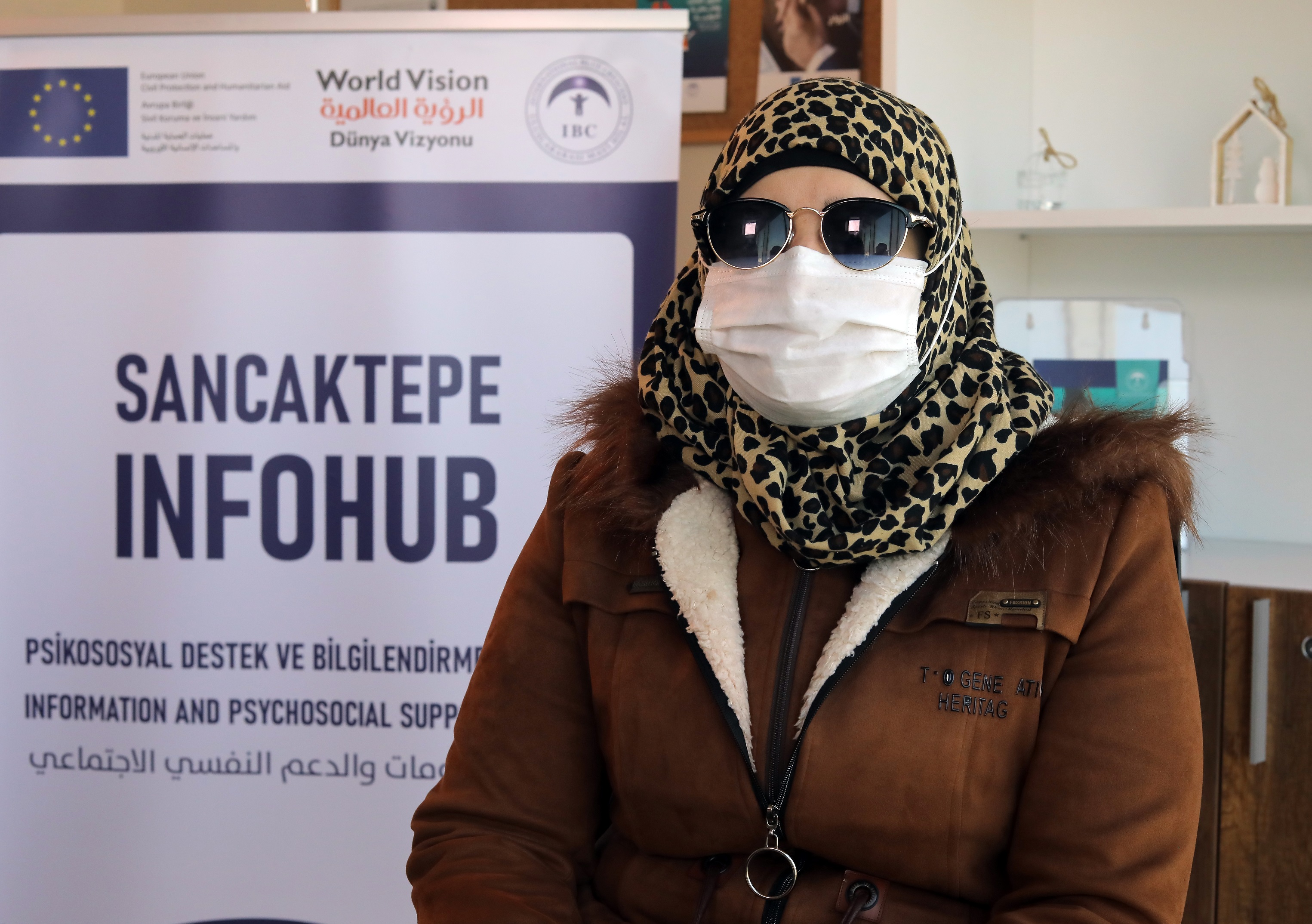