This year, World Vision is celebrating 16 years of its Kisiriri Area Programme in Iramba District, Singida Region, central Tanzania; with notable marks of transformation and development within the benefiting community. When the programme started in 2004, only 12.7% of households had access to water from protected sources; many others, such as pupils of Kizega Primary School, were collecting their water from unprotected sources. The pupils –among whom are 51 children with disabilities and sensitive conditions that include impaired vision, albinism and physical disabilities– all had to walk for four kilometres to fetch water from Ruruma river.

Today, the same pupils no longer have to spend hours traveling to and fetching water from the river. We especially celebrate the betterment of the lives of disabled pupils, and realisation of their right to education, better health and protection. Above all, we celebrate the availability of water within school compounds –which was a huge challenge at the beginning of the programme.

The journey was too risky for Pili (13) and other children with albinism at Kizega Primary School who were required to walk for long distances every day to fetch water. Unfortunately, she and other children like her were hunted for their body parts by community members for superstitious reasons. But they had no choice; their school depended only on water from the river which is two kilometres from their campus.

As she recalls the days of fetching water from the river, Pili narrates: "We were forced to walk long distances looking for water. This would not only put at risk our academic performance, but also our well-being as water from the river is dirty and unsafe. Our lives were in danger too as people with albinism like me are hunted and killed for witchcraft-related reasons. Most students frequently suffered from stomach aches and diarrhoea due to drinking dirty and unsafe water. This has been torture for so long, and at times we felt like giving up our education. It also led to poor school attendance among day scholars.”

Pili is a class seven student who joined Kizega Primary School in 2014. Like her fellow boarding scholars, she has faced a lot of struggles ranging from availability of water and poor school infrastructure, to poor child protection mechanisms; all of which have affected her academic performance, health and well-being. She and other students would spend several hours fetching water instead of pursuing their studies. Performance was low and there were frequent diarrhoea cases.

The class seven student's story, and others like it from her fellow schoolmates, prompted World Vision to intervene to provide water and better school infrastructure to the school.

“World Vision has supported the school with construction of two classrooms, one rain water harvest tank, a dining house, and 48 mattresses with bedsheets and mosquito nets. The construction of the water source included piping running through the toilets and bathrooms. We also appreciate World Vision for enabling the establishment of a vegetable garden with installation of a drip irrigation system as well as education on child protection and children’s rights, and the provision of sanitary kits.” Says Andrew Muna, Head Teacher of Kizega Primary School.

These interventions enhanced the provision of education in a conducive environment to the most vulnerable children within the community. As noted by Pili: “Before World Vision's intervention in our school, we would sleep on a very slim mattress that was very uncomfortable and we could not even have a good night's sleep. But now, we are so grateful that we are sleeping on better mattresses, and that water is available everywhere, which also improves our hygiene. We now spend more time on our studies and free from enemies out to hunt us.” 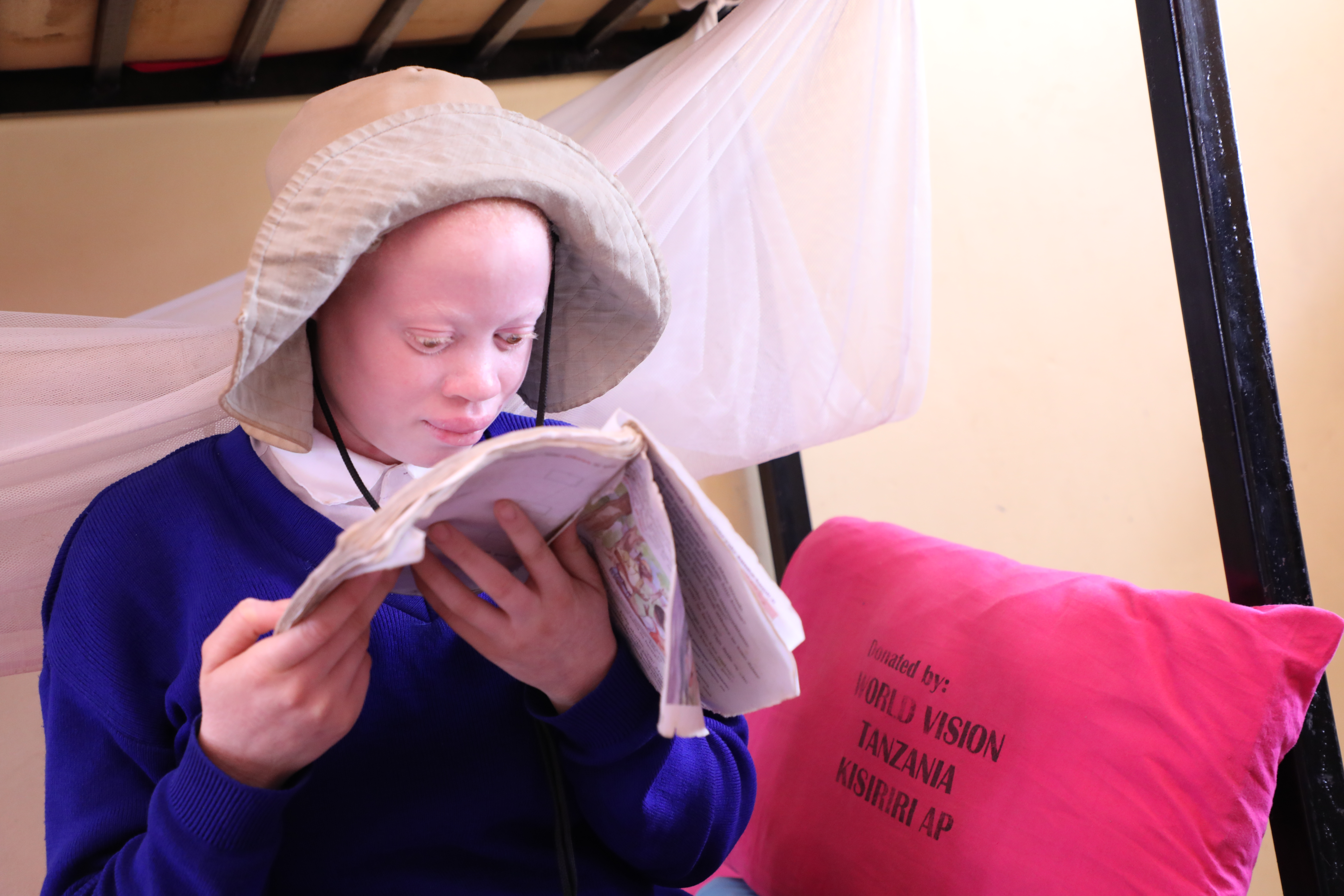 World Vision is thankful for the support of Kisiriri Area Programme sponsors, thanks to whom 471 pupils in Kizega Primary School have access to clean water and improved quality of education, and are better protected from harm. Your support has led to an increase in the percentage of children with ability to read, write and count within the area programme's coverage (92.8%). With an increase in performance, 74.3% of children within the area programme coverage areas have graduated from primary school and being selected and enrolled to secondary schools.

Thank you for helping us build brighter futures for vulnerable children across Tanzania. To learn more about how sponsorship could change a child's life, click here.