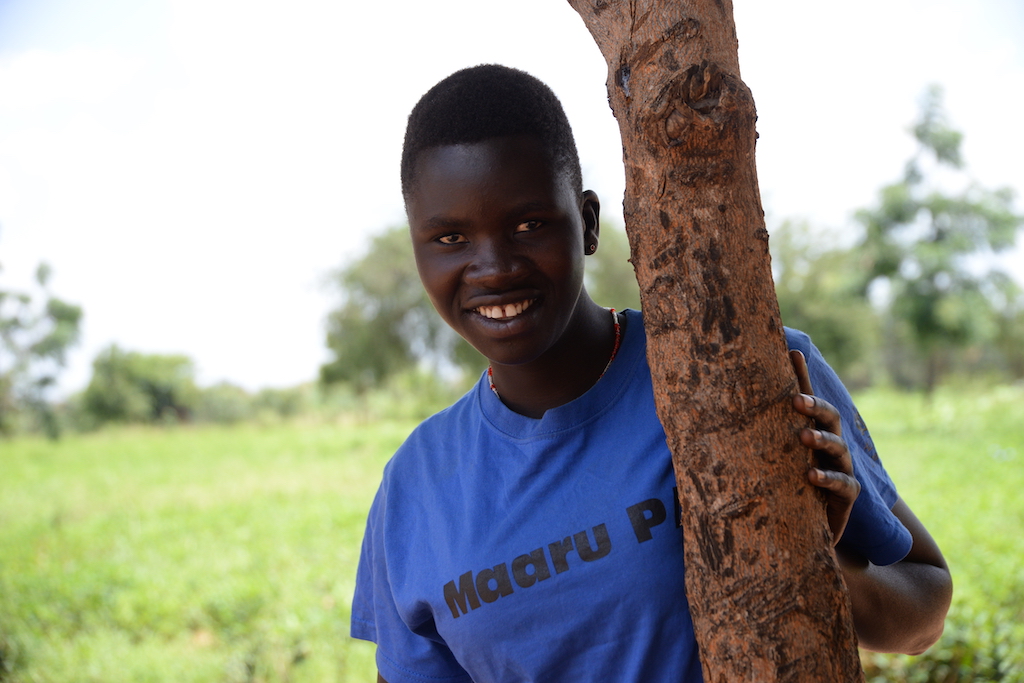 Teresa Doreen Nakong wants to be a nurse

“My parents did not want me to go to school. They wanted to marry me off,” recalls Teresa Doreen Nakong, 16.

The problem was that the Primary Five pupil had her sights set on becoming a nurse. Nevertheless, her parents had already decided her destiny — to marry her off to an older man.

About 30km northwest of Kotido town in Kacheri parish, Kacheri sub-county, another girl, Janet Langoli has a similar story. The 15-year-old is in Primary Seven. While Jackie’s parents, on the other hand, do not agree on the importance of education. “My mother supports me but my father says looking after a girl is a waste of time. He says when you educate a girl you educate poverty,” Jackie says.

Due to cultural influences, many young girls and boys struggle to complete their educations and achieve their dreams. While girls are often forced into early marriage. Many boys are forced to leave their studies to look after livestock instead of going to school.

Santina Sangar, the Kaabong District Education Officer, says many people in the Karamoja region still have negative attitudes towards education.

“They look at education as something that does not give them immediate returns, so they do not commit much to it,” Santina says.

In 2016, World Vision with support from Educate A Child and Korea International Co-operation Agency (KOICA) started a project to confront these challenges. The project, called Addressing Barriers to Enrollment and Retention in Karamoja (ABER-K) aims to contribute towards the enrolment and retention of 40,000 school children in northern Karamoja by 2019. The $5.3million USD project spread over three years and covered 89 schools in the districts of Abim, Kotido and Kaabong; areas were selected because they have notably low enrolment in primary schools.

Jihwan Jeon, the programme manager of the ABER-K project, says the region lags behind the rest of Uganda in terms of quality education, enrolment and retention. “When we started the project, we began by mapping the schools. We discovered that in the three districts of Abim, Kotido and Kaabong, there were more than 65,000 children out of school,” Jihwan says.

Working with existing community structures, including local government institutions, 500 village education committee members (VEC) were identified and trained. Their roles were to mobilise and track out-of-school children. Moving house to house, the committee members convinced parents to take their children back to school.

‘‘Some of the schools are quite far (from children's homes). Children had to walk between five to seven kilometres, so their parents choose not to send them to school. We convinced them to try the schools that are closer,” says Moses Onyora, a VEC secretary for Alir sub-county in Abim district.

Over the three years, at least 48,000 children who had been out of school were enrolled, surpassing the project target, with an overall retention percentage of 76.6%.

In order to increase the retention in schools, ABER-K project supported the construction of classroom blocks, furnished desks for pupils and a store and office for the headteacher.

The project also provided scholastic materials such as books, boxes of chalk, balls, five stance latrine blocks for both boys and girls, as well as rainwater tanks with a 10,000-litre capacity. 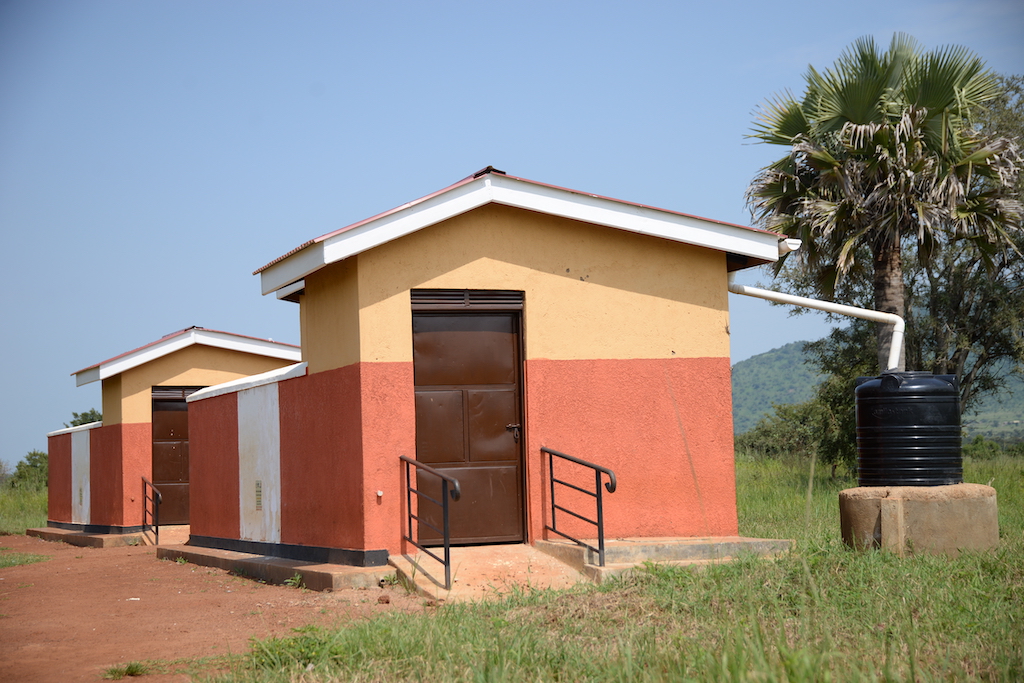 Additionally, the project also constructed girls’ dormitories equipped with beds and mattresses, as well as boreholes across the three districts.

“That time when the pads were not available, we used to cut sheets for padding ourselves and also missed school. But now, the project provides us pads and we are able to attend school, even during menstruation,” Janet Langoli says. 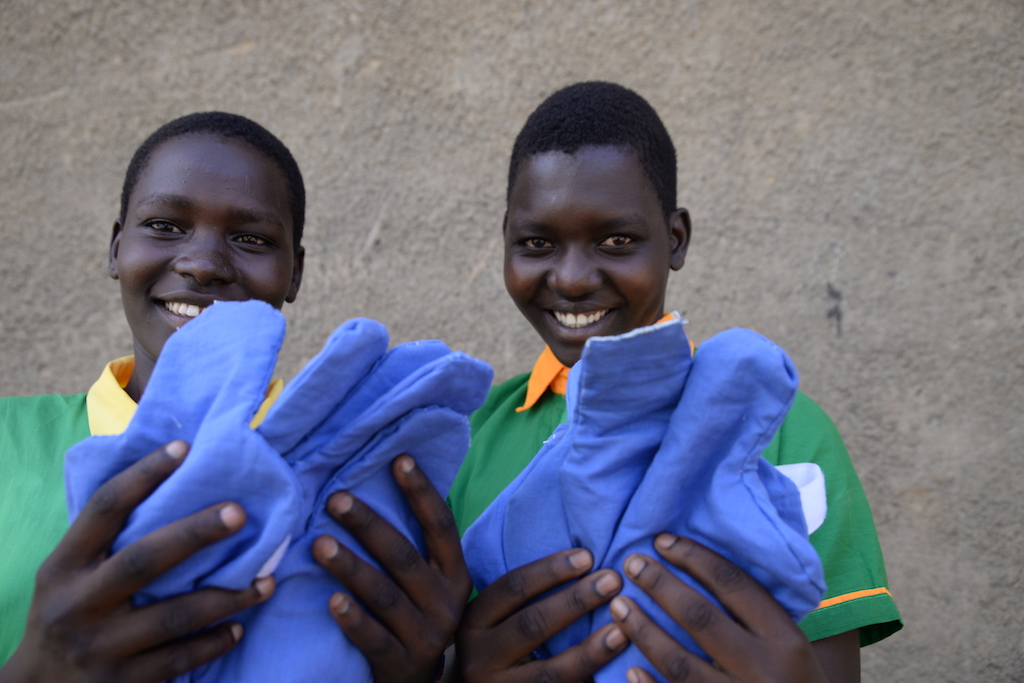 Janet Langoli with a friend. The girls are also given reusable sanitary pads

Jihwan says there is a need to close the quality of education gap between Karamoja and the rest of Uganda.

Santina adds that World Vision and different stakeholders, such as local government officials and village education committees are advocating for continued education and awareness through the ‘Go back to school’ campaign in all sub-counties.

“We continue to encourage parents and community members about the importance of education and the need not only to send their children to school but also to ensure that they complete the school cycle,” Sangar says.

Dorothy Adong, the Headteacher of Kakamar Primary School, says slowly but surely, parents are beginning to see the importance of education for their children.

“It is only through education that we can eradicate poverty. We need to involve other communities in Karamoja to embrace the project and continue to encourage both boys and girls to complete the school cycle,” Adong adds.

Mary, who wants to be a nurse, says her parents have now resolved to support her to complete school.

“My parents now believe that education is better than staying at home,” Teresa Doreen Nakong says.

Janet Langoli's parents are equally supportive of her desire to complete her education and are providing scholastic materials for her studies. Jackie wants to be a teacher.

“When I grow up, I want to become a teacher because I want to teach those children who are still at home,” Janet Langoli says. 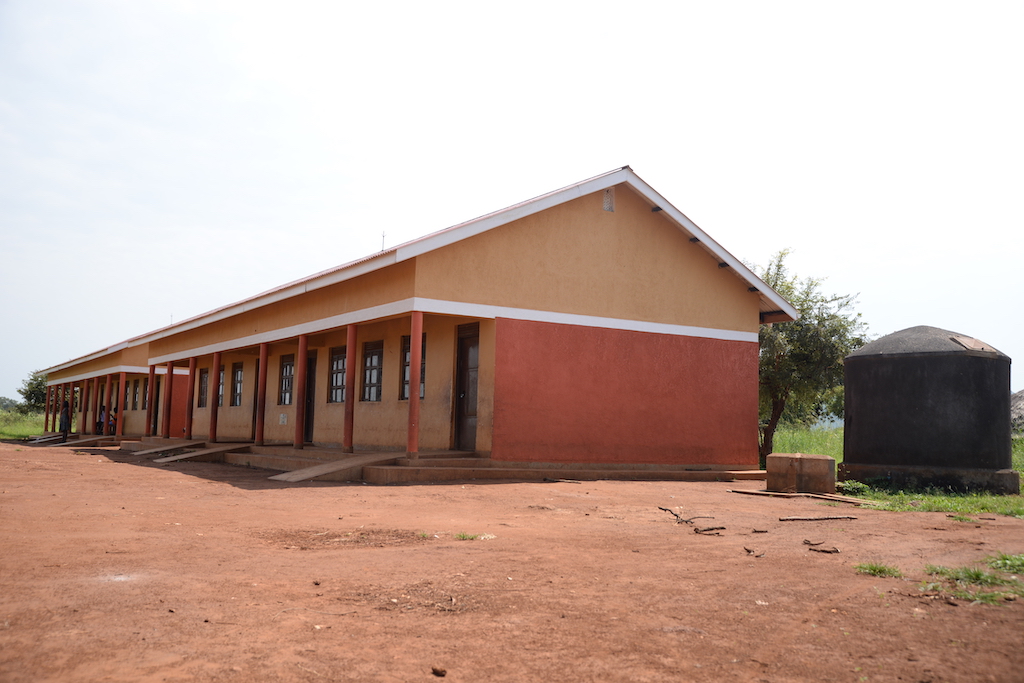 Learn more about the work that World Vision is doing in Uganda to ensure all children are able to have access to quality educational opportunities and achieve their goals here.