Fourteen-year-old Shirley, who was born with Cerebral Palsy. Her condition affects her mobility and speech.

For most of her life in Vanuatu, she either crawled, was carried or pushed in a wheelchair to get from one place to another.

As a little girl, Shirley faced bullying and stigma from her peers and community members, forcing her to shy away from the world.

“I have taught her to do chores, get herself ready in the mornings and understand things will change with her body now that she is becoming a teenager,” Shirley’s mum, Nathalie tells us.

“Every flower that you see in this yard was planted by Shirley! Every day she waits till we leave and then she will come outside and start weeding and talking to her plants.”

Shirley laughs as she hears her mother speaking of her love for gardening.

Her mother makes a local dish called Tuluk, made from grated cassava with beef or pork filling, wrapped in banana leaves and cooked in a ground oven.

Shirley helps her mum with the dish every day, which they then sell to students at the village school.

“My husband and I have nine children, and Shirley is definitely special - not because of her impairment - but her ability to participate no matter her limitations,” Nathalie says.

“People don’t realise it, but Shirley is the life of our family. She has a view on life that none of us have. She can come up with some of the funniest jokes one has ever heard before.” 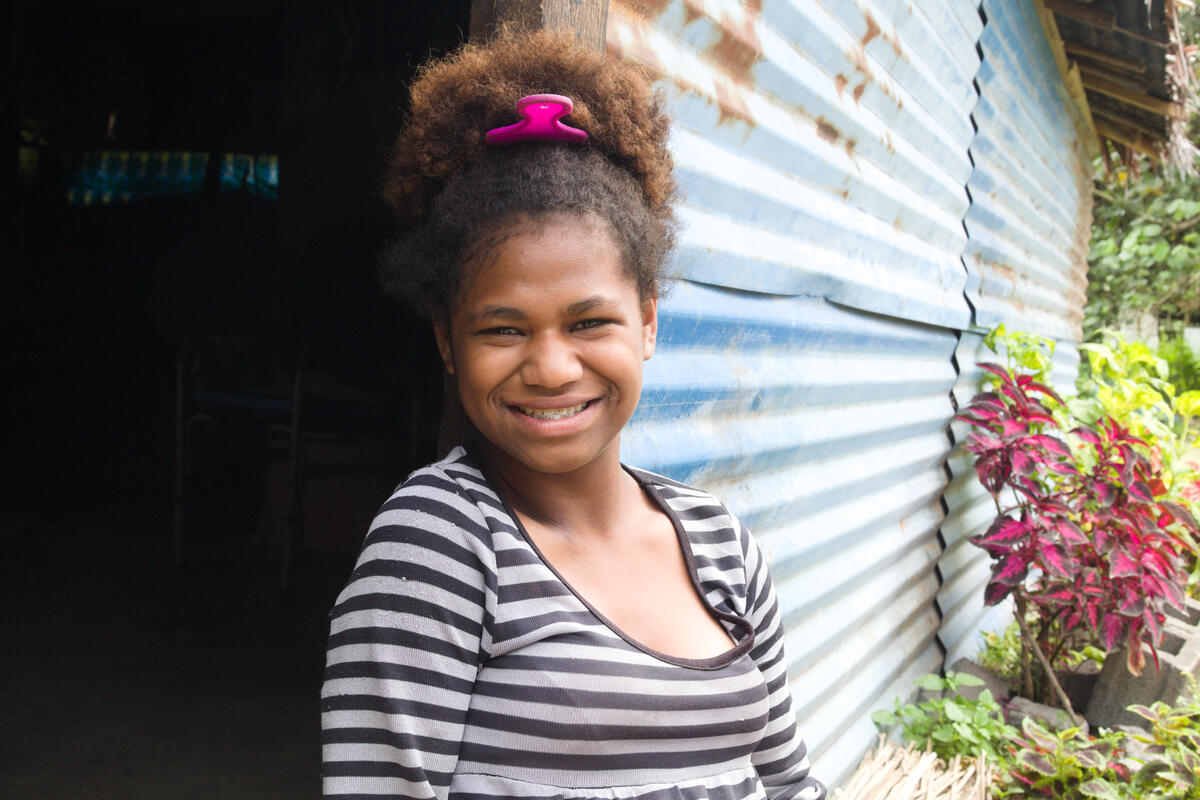 The Water, Women, Disability Survey in Sanma and Torba provinces - conducted as part of World Vision’s DFAT and Water for Women-funded Laetem Dak Kona project - showed that 10% of people with disabilities reported not being able to access water at home. This compared to less than 1% people without disabilities.

The survey results also identified the need for improved menstrual hygiene management and inclusive water, sanitation and hygiene to ensure the needs of women, girls and people disabilities are being met with dignity.

Through World Vision Vanuatu’s Laetem Dak Kona project, Shirley received an inclusive toilet – an accessible portable toilet she can use independently inside her home.

Previously, Shirley was forced to use a pit toilet located away from her house, which was unsafe. She had to be carried, which became dangerous during heavy rains and cyclone season.

The inclusive toilet means Shirley has easy access to a clean toilet, no matter the time of day and whatever the weather.

It is also easier for her parents to assist Shirley with her hygiene needs.

Access to clean water, sanitation and hygiene gives children and their families a chance to flourish.