As we celebrate Christmas, we can also reflect on how Jesus Christ showed love for children in different occasions. The words of Jesus “I have come that they may have life - and have it in all its fullness” embody God’s love for children. Children can flourish if they are cared for and loved by their mothers, fathers, neighbors and communities.

A Story By Agness John, ENRICH Project Communication Officer
In many African communities, from the time female children are born they are more vulnerable to various community challenges as compared to the males. In many communities in Tanzania a girl child is vulnerable to poor health and nutrition, child pregnancy, child marriage, unequal chance to education and unequal distribution of resources.

The situation among the Sukuma people is never different. Sukuma is the largest ethnic group in Tanzania mostly living in the northwestern part of the country mainly on the shores of the Lake Victoria. This tribe has a population of more than 5 million people.

Charles Mathias (35) is a husband to Pendo Mayunga (25) and father to Naomi (10), Sarah (8), Jackson (2) and Issah (8 Months). He lives with his family in Penzi village in Kahama district in Shinyanga region. He is among the Sukuma men who were raised to believe that women are inferior to men.

"Women are not treated well, they are overworked and still treated as property rather than a person. Women are not involved in decision making at any level for instance men would work with women during farming season but after the harvesting, men are the ones to decide what to do with the crops." Said Charles Mathias. 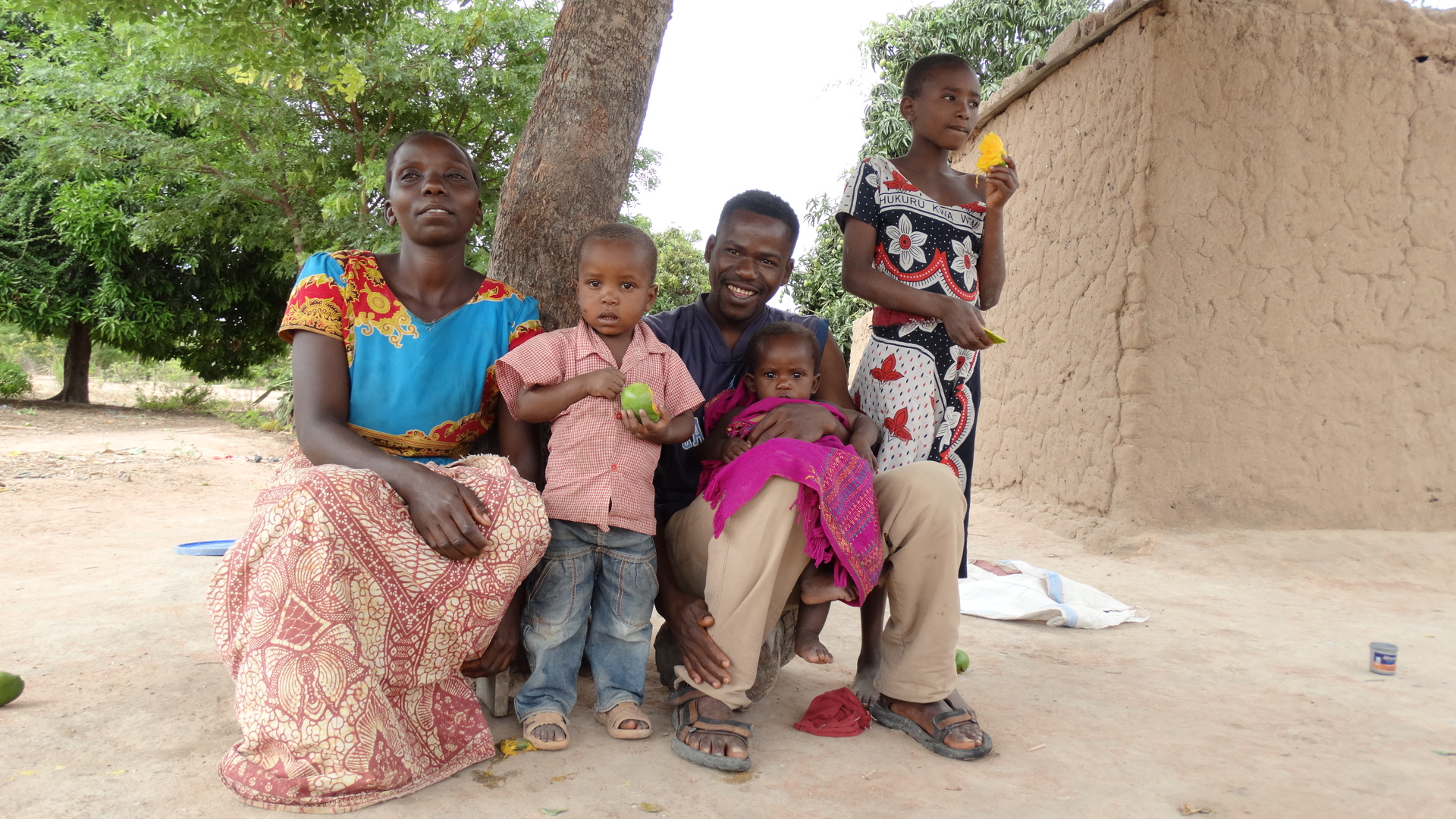 Charles, his wife and children outside their house
The mistreatment of women has resulted to poor maternal and child health as many mothers end up overworking during pregnancies and breastfeeding. This also results to poor child caring and clinic attendance to the mothers.

With the introduction of MenCare Model initiatives, men have had an opportunity to learn the essence of their involvement in maternal newborn and child health and nutrition for the betterment of their families. Fathers have been learning on positive parenting and their participation in reducing workload for pregnant women and breastfeeding mothers.

"I grew up believing women are in charge of caring for children and other home chores. However, after attending   Mencare model sessions has changed my beliefs and enabled me to assist my wife with home chores such as fetching water, child caring and accompanying her to clinic. Stepping in and assisting on such chores has changed our home environment, my family is now filled with love,” explained Charles Mathias. "

“I have come to learn that children need to be equally raised by both parents. As of now, even when i find my children dirty, I wash them or feed them when they are hungry as well as playing with them. I involve my wife in decision making and consider her needs as a woman". 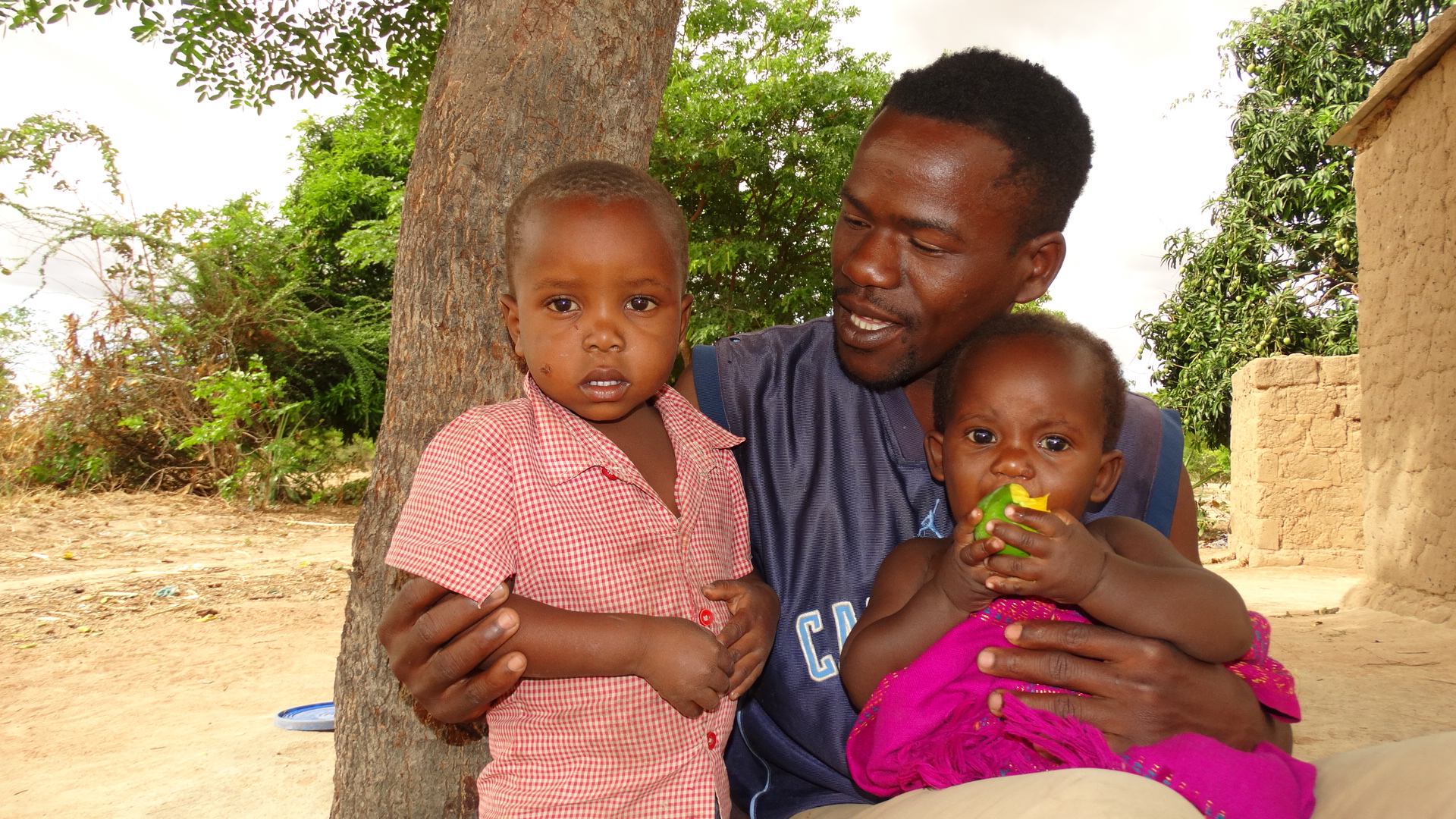 Charles with his two children. He watches over the children as his wife is busy with other house chores.
In the areas where men have been reached by the project, women and girls have started enjoying the great changes to both their fathers and husbands; families are now united than ever before. “The changes in men can also be invisible to young boys who are still in schools. Their relationships with girls have also improved”. Said Mwivano Malimbwi, the Project Manager

"I am so grateful my husband had attended the sessions. He is like a whole new person. His involvement into family issues especially house chores has given me enough time to rest, taking care of our children even take part in women’s development activities here in our village,” Said Pendo, Charles’s wife as she smiled

Pendo added, “I am no longer worried about going to the clinic because sometimes he helps me with that. Thanks to World Vision.” 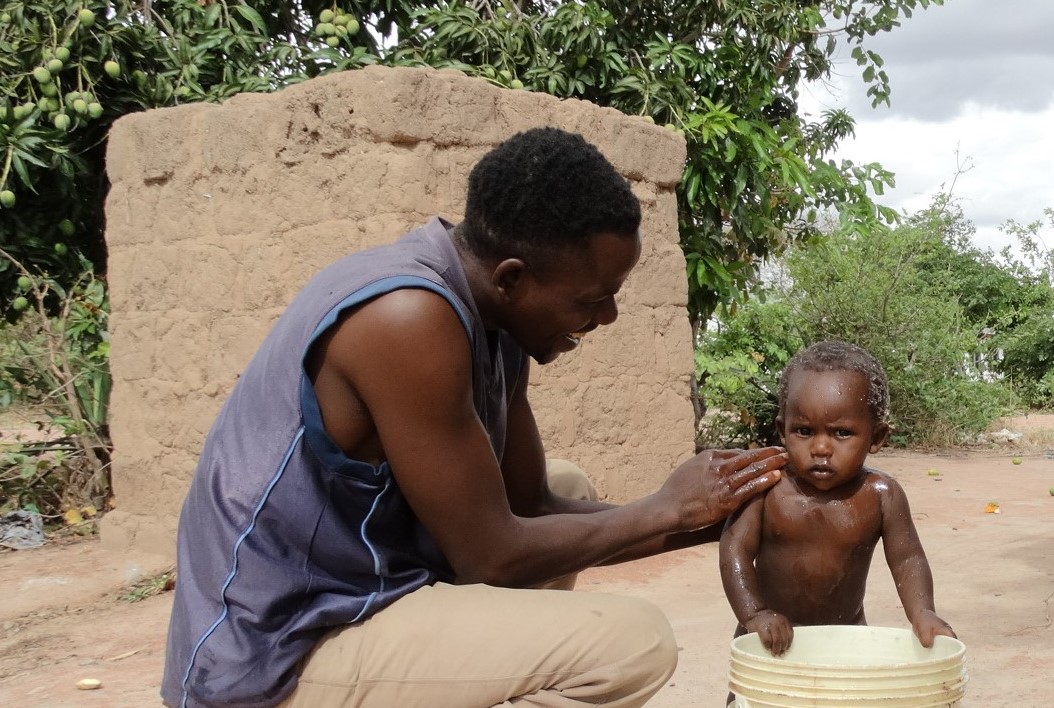 The man washing his son Issah
Maternal and child health has now improved, men are more involved in reproductive, maternal, child health and nutrition. “Most of the time during and after my pregnancy of our last born my husband was accompanying me to the clinic. He involves me in making decisions for our family. Example we recently had a discussion and agreed on which crops we will cultivate during the coming farming season. I am so happy things are this way.” Concluded Pendo

"This is a very useful initiative for the Sukuma community. We have witnessed how men have changed to become responsible to their wives, children and families." Revealed Hussein Kassim, Penzi Village Executive Officer

MenCare Model is implemented in two regions namely Shinyanga in Kahama, Kishapu and Shinyanda districts and Singida region in Ikungi and Manyoni districts. The first phase of implementation was executed in 25 villages whereby 139 community facilitators were trained on MenCare Model and rolled it out in their respective villages. To date, more than 3000 men including youth have been reached and engaged in MenCare model sessions.