Adelia is a 30-year-old mother of two children. Last July, she delivered a very healthy baby at home in Bobonaro District at 3:00 in the morning. The placenta, however, remained in her womb and she suffered from life-threatening blood loss.

"My life was in danger after the birth,” Adelia said. “I felt dizziness, headache, and feeling cold on my feet and hands until morning. I believed it might lead me to death." 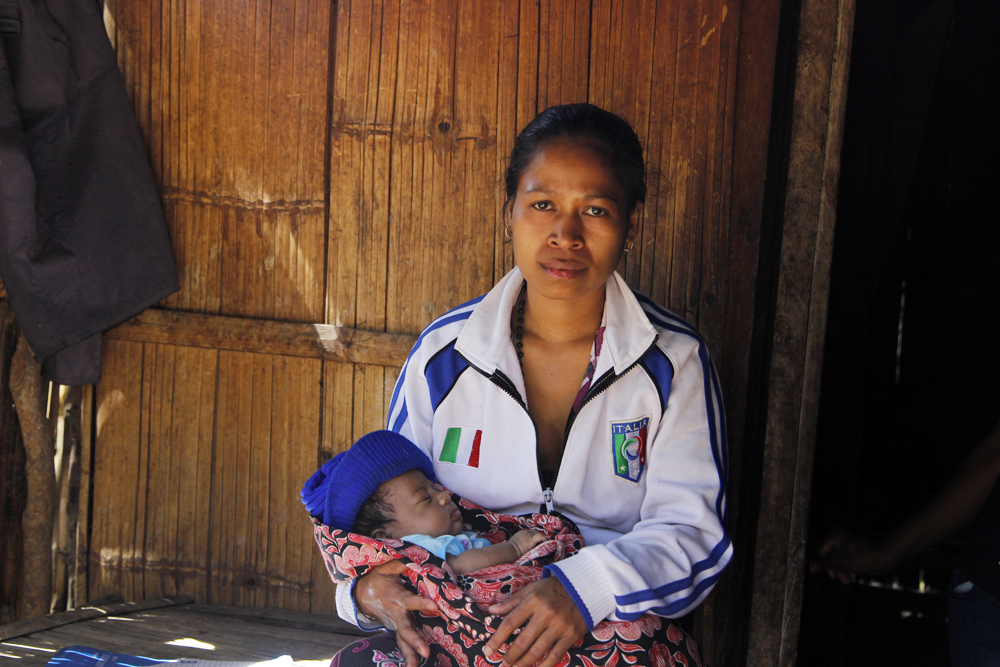 In cooperation with the Bobonaro Municipality Health Centre and Posts, World Vision has established and provided basic health training for Mother Support Groups, so they can help mums in need like Adelia.

Adelia said Agusta da Silva from the Mother Support Group saved her life, because she called a midwife to provide emergency medical assistance and then referred her to Maliana Referral Hospital.

"I saw Adelia’s life was very critical after the birth with the excessive bloodshed,” Agusta said. “I helped her by calling a midwife, Agustinha Pires, and then a few hours later, Adelia’s life was saved after she got the first medical assistance."

Maliana Referral Hospital officer, Beatris Dos Reis, said "Adelia suffered heavy bleeding after the birth with a level of haemoglobin less than five grams. This caused severe anaemia and could have led to death. Adelia’s health improved after transfusing three bottles of blood."

As a Mother Support Group member, Agusta said her job is to "help and inform pregnant and breastfeeding mothers so they can give birth in the hospital, as well as promote healthy food for them.”

Augusta is grateful to World Vision and the Ministry of Health officers who provided training in nutrition, breastfeeding, harm symptoms for pregnant women, maternal and child healthcare, and hygiene and sanitation. This has equipped her to provide primary healthcare for communities in remote areas like Adelia’s Village.

The Mother Support Group Project was funded by the United Nations Children’s Fund (UNICEF), and implemented in cooperation with Health Centre and Posts in Bobonaro, Timor-Leste.