Every morning, the stories of last night swirl. The world’s largest refugee settlement has no radio nor newspaper, but news filters through from person to person. The reports go like this: someone robbed here, a fight there, a stabbing, a rape – isolated incidents that are based on historical wrongs.

“It’s misunderstandings, when people don’t understand, when they have a disagreement, they just fight,” says 16-year-old Simon Taban, a refugee in Bidibidi.

Certainly, there are plenty of memories that haunt the refugees that have escaped South Sudan’s conflict.

“We have lost a lot of our people, a lot of our parents. Some of us young girls were raped on the way, some of us were killed,” explains Florence, an 18-year-old refugee living here.

Florence explain that a lot of people carry grudges based on what they experienced before fleeing South Sudan, experiences that were jolting and hard to move beyond.

Why the refugees fled

Florence was at school when her village was attacked. She quickly found her two brothers, one older and another younger, and they ran. Ran and ran for two weeks.

“We left our parents there but I’ve lost my father, it’s only my mom who is alive,” Florence says.

Simon Taban fled South Sudan a year ago too. 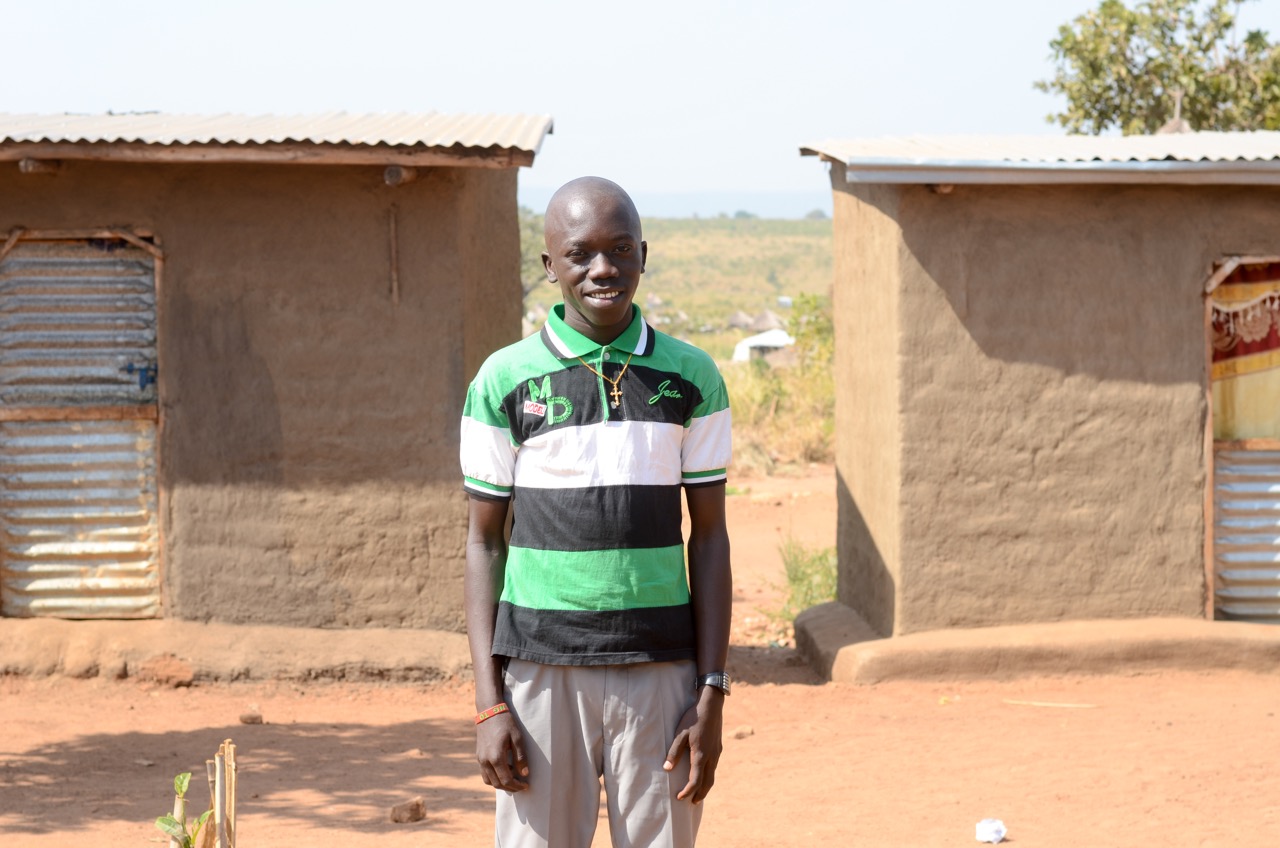 “In 2016, the confusion started in South Sudan for us. The insecurity started for us. That’s why we’re right now here in Uganda,” Simon says. “They were attacking people any how, if they got you on the way (while you’re fleeing), they would just attack you. Even our relatives are back there, but I don’t know if they are there or not.”

“People were shot near our area, our neighbours, just a few metres away,” he adds.

Simon walked for a week from South Sudan’s violence with his mother and two brothers.

“When we found a church, we would stop and go and sleep,” Simon says.

Arriving in a new country, a new community

Both Florence and Simon arrived in Bidibidi – home to more than 280,000 refugees more than a year ago. 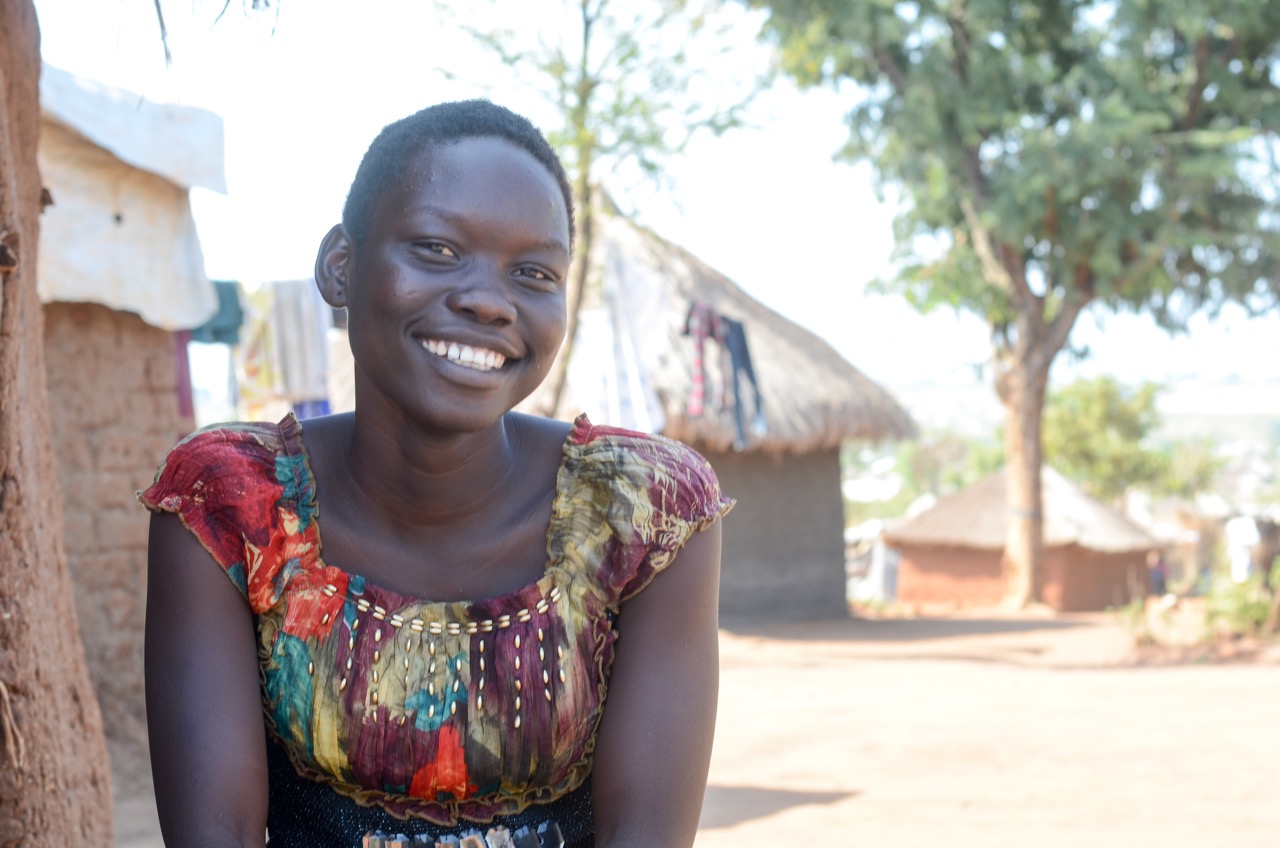 After Florence and her brothers were officially registered as refugees, they were given a small piece of land to build a hut. She enrolled in secondary school and is currently entering Grade 11 (Senior 4).

Simon and his family too were given a small piece of land to construct shelter. He’s currently entering Grade 9 (Senior 2).

While they were glad to be in a country where peace prevailed and to be in school, and where World Vision regularly distributes food assistance, they continued to experience challenges.

“Here, many things need money. This is not like South Sudan where you can dig and grow something. This is not our land,” Simon explains. He adds that reliable access to water and the lack of firewood for cooking also present refugees with challenges.

It’s these challenges that confront all refugees in Bidibidi, the daily scrounge that adds tension to the people living here. 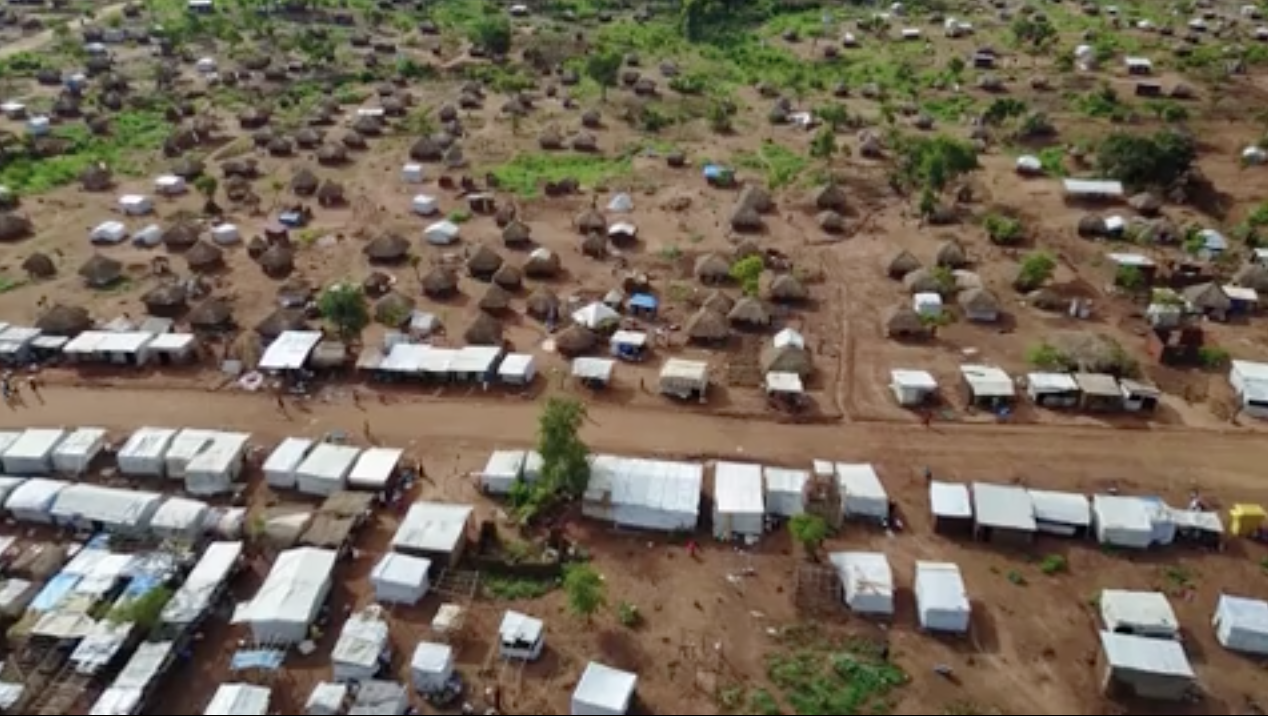 But Florence and Simon are among more than 1,300 youth tackling that tension that sparks violence.

“I can see now my life is going on better because of the peace club,” Simon says.

Once a week, groups that vary in size from 15 to 50 youth, gather where they go through a World Vision developed peace curriculum. The sessions help members learn how to create more harmonious communities, resolve conflicts without violence and how to foster a culture of peace. More than 1,300 young people have taken part in the last year. 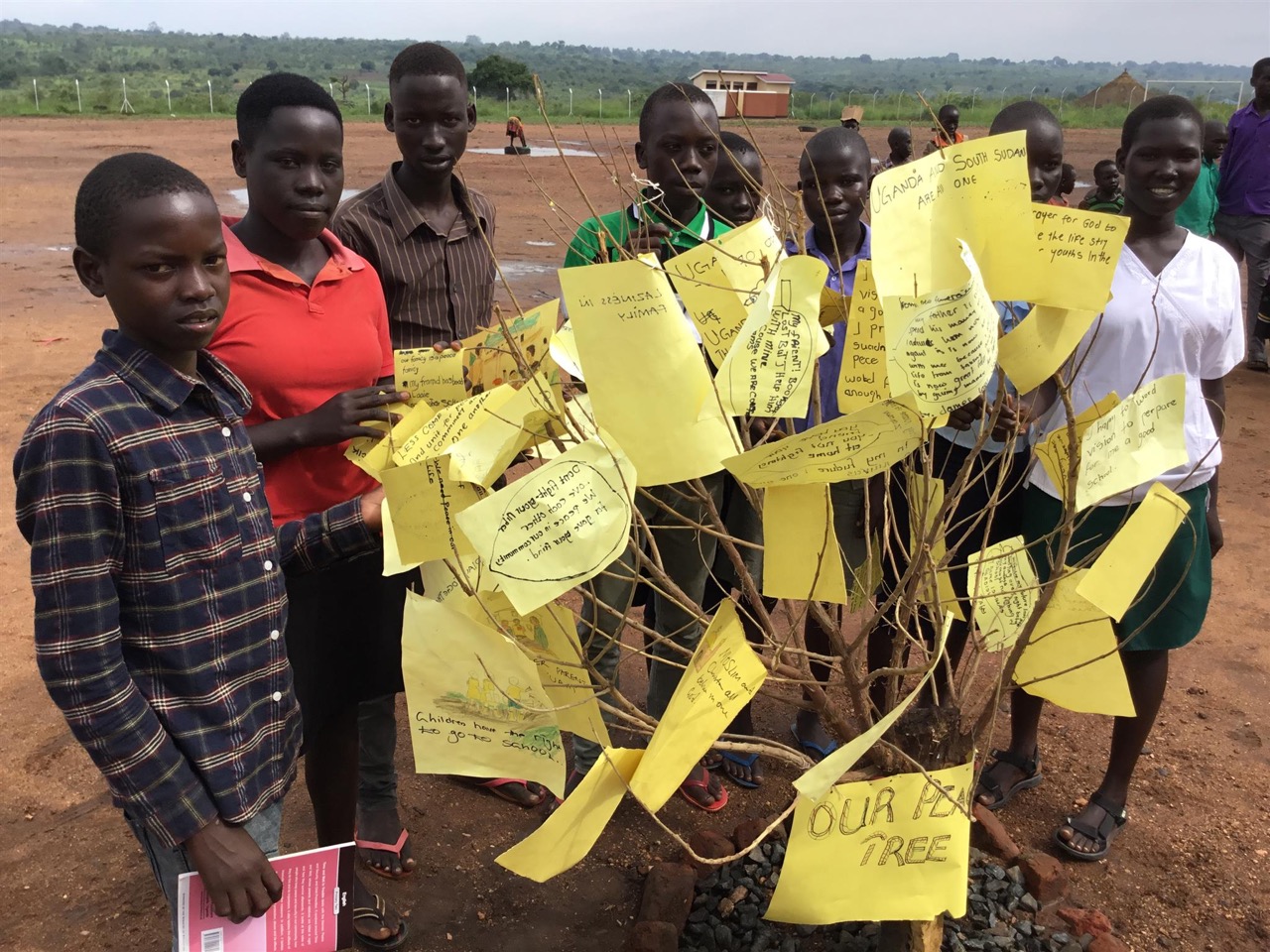 “We have many activities, like drama that helps us bring common understanding and bring our emotions closer to our minds. We have to forgive those things that has happened,” Florence reports.

“We have football matches, netball, volleyball which can also bring us together and can make us peaceful people,” Florence adds. “We also have cultural dances, outreach and we’re helping those people who are unable to help themselves – like those people whose compound is dirty, we go and help them clean it.”

“It’s important for the community to know what is peace and not for them to fight,” Simon adds about the monthly outreach events that are conducted in the community. There, the peace club members teach parents, other youth and community members about the dangers of tribalism, how to avoid fighting, how to create a more cohesive community and how to resolve conflicts peacefully – “all the lessons we learned at peace club,” Simon reports.