Nyakuei was shocked. Her neighbours’ dead bodies were strewn on the road. Cars were burning. People were running in fear.

At only 12 years old, Nyakuei was fleeing violence. “I don’t know what caused the war,” she says.

The South Sudanese conflict had reached a turning point and insecurity was rife. Her father made the final decision. There was no time for goodbyes. No time to worry about unfinished homework or what they would eat. He knew that his four oldest children needed to leave. But, their mother was too pregnant to travel and their father – an army officer – was required to remain behind.

“Our father did not have enough money for all of us to travel. He said those who are to go to school should go first,” recalls Nyakuei.

It was the only way the family could make sure they were safe.

Nyakuei escaped with three of her siblings. They boarded a passenger van destined for northern Kenya, carrying a bag of clothes and a mattress. They didn’t know when they would be back. 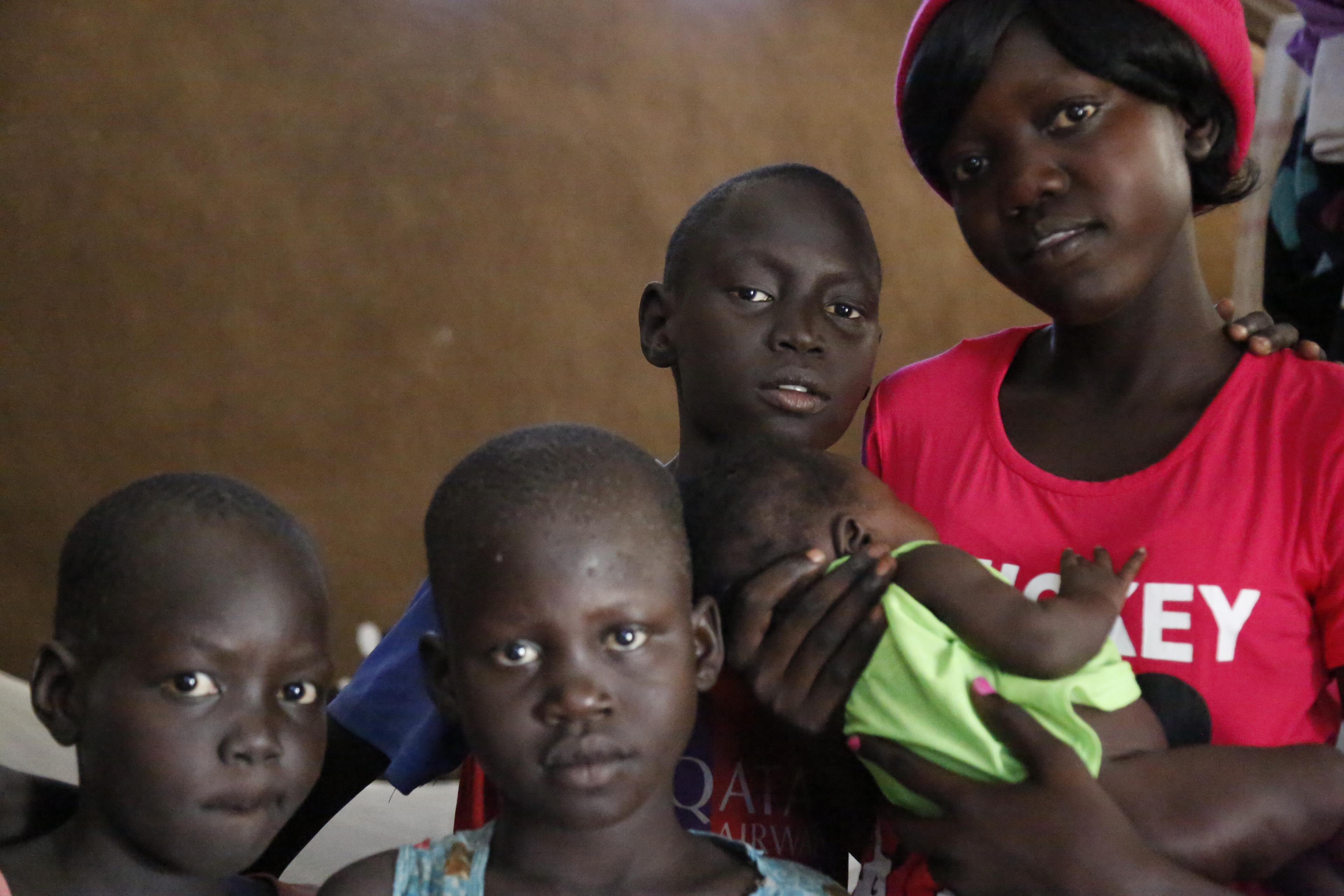 Nyakuei remembers armed men stopping her vehicle on their way out of South Sudan. The bandits forcefully took money from people and threatened to kill those who wouldn’t cooperate.

“I was really afraid…people were killed in their seats (in other cars). People used to say families that went to Kakuma were killed on the way. But I remembered my father’s words that ‘God is the answer. You just go, maybe nothing will happen.’”

Along the journey, Nyakuei clung to the hope that she would get an education once she reached Kenya. Her father told her that once she reached the refugee camp in Kakuma, she could go to school and find a better future.

After two days filled with fear of what might be around the next curve in the road, the four children reached the border between South Sudan and Kenya.

They were finally safe.

Arrival at the Kakuma Refugee Camp

Nyakuei arrived on a windy dat at the Kakuma Refugee Camp, which was established in 1992, in northwestern Kenya. Many other children and their families have been living there over the past 25 years. 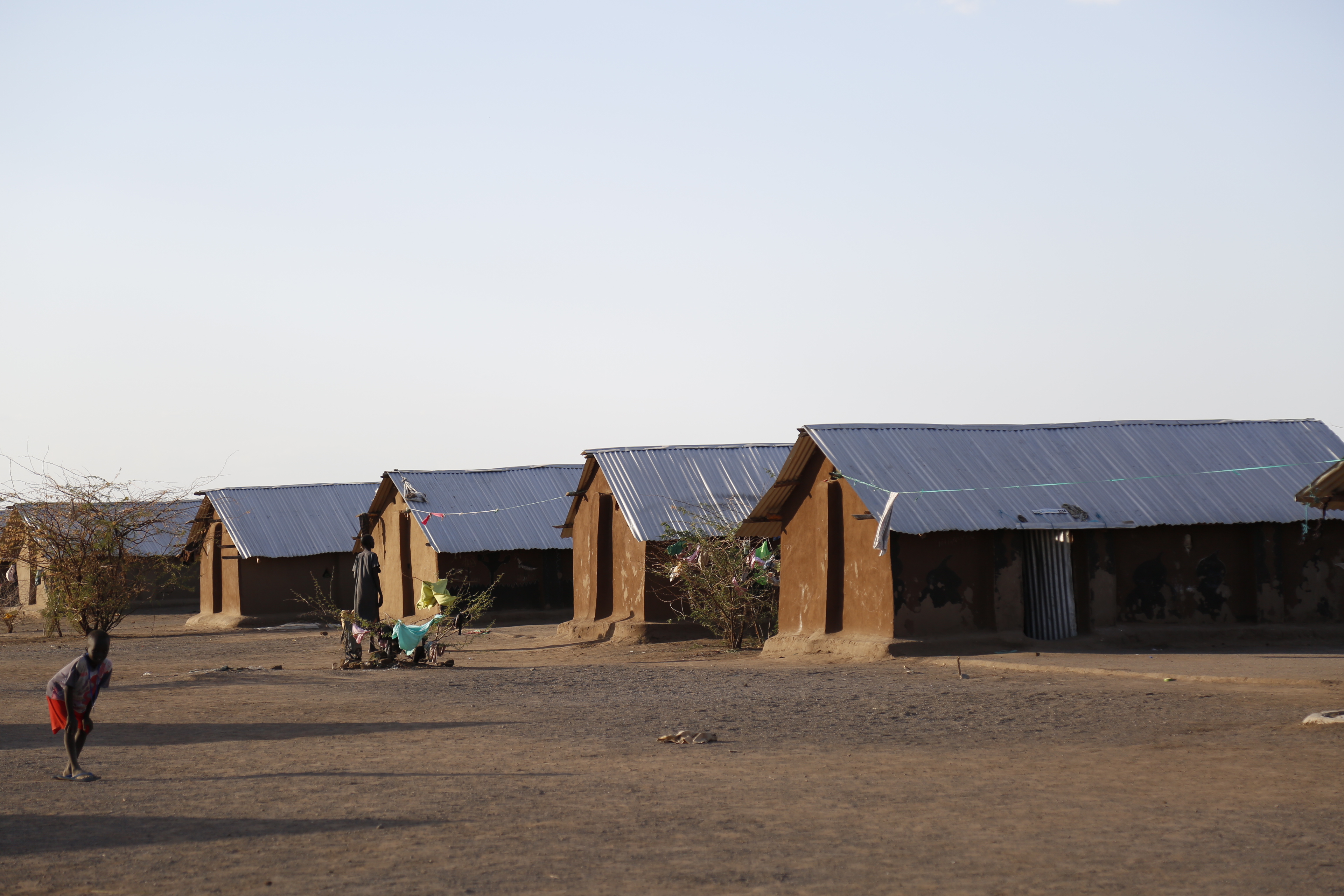 The four children soon met by their step-mother who had come to Kakuma earlier and took them under her wing. Nyakuei eventually settled down and began to adjust to her new status living as a refugee. She is thankful for the food rations and firewood her family receives monthly.

Passion to get an education

Unlike her name that means ‘small child’ in the Nuer language, Nyakuei expresses herself with boldness. She is committed to her education and believes it’s the way out of her circumstances.

Nyakuei will sit for her final elementary school examinations at the end of the year. She hopes the results will set her on course to reach her dream of becoming a doctor. This lifelong dream has stemmed from an experience when she was taken to hospital at the age of nine. There, she witnessed a child who died from malaria due to being given the wrong medication, which made her wonder about why this had happened. 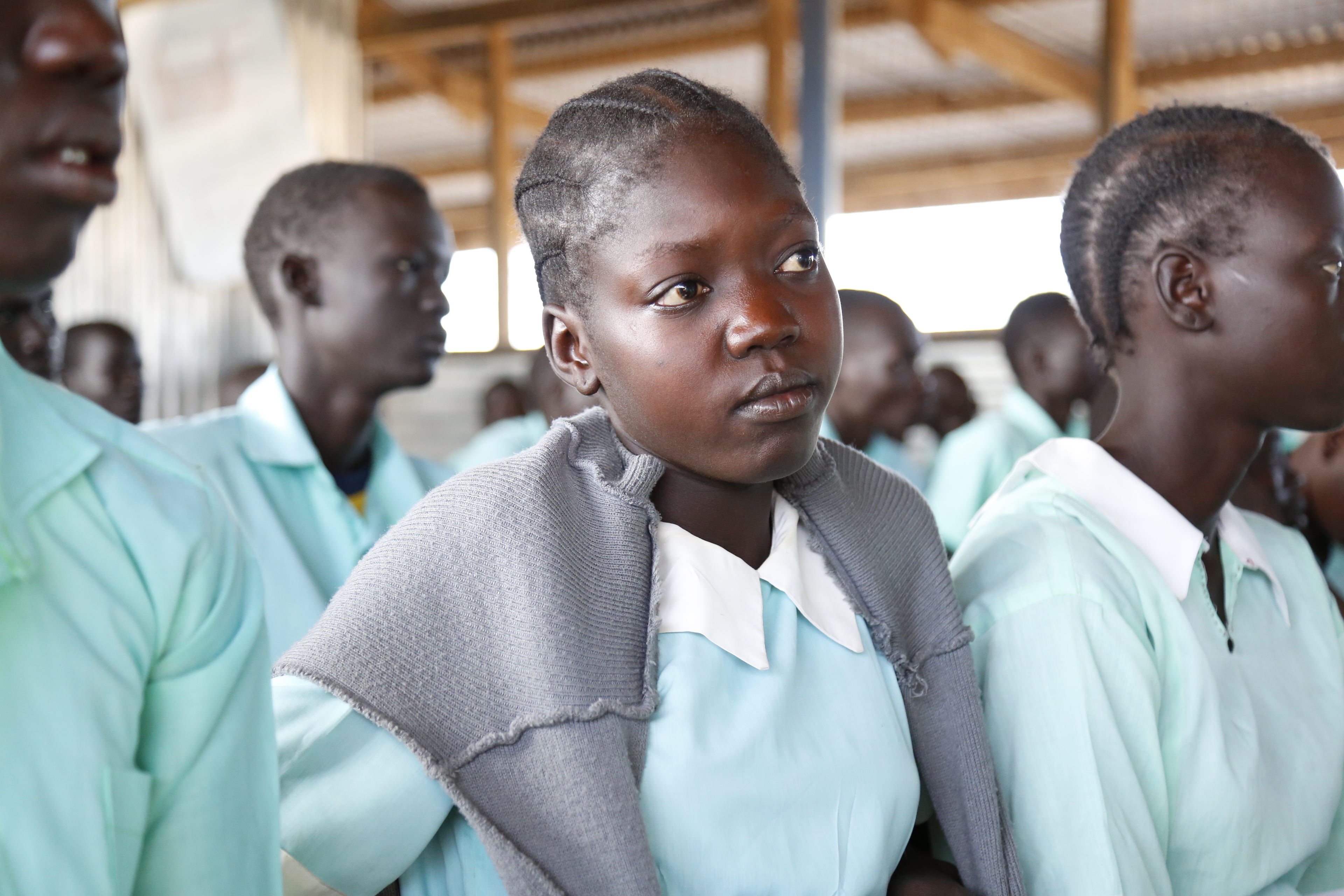 “My father told me it was because the nurse was not well educated. He told me that if you are a better educated person, you can’t kill, you will know that this is malaria. Then I told him I will become a doctor so I can give better treatment to my people,” recalls Nyakuei, the memory still fresh in her mind.

“Many South Sudanese enroll in school here, but they’re scarred by the past. Children arrive and they’ve lost a parent or sibling. They’ve witnessed gun fighting and other horrors. It takes a long time for them to let go of that hostility, and be able to focus on their education,” says Kuang, who is also a refugee from South Sudan.

World Vision has always been committed to helping children overcome their traumatic experiences and find a sense of normality again. One of these ways is by establishing schools in areas where refugees who have escaped conflict are staying, like Kakuma. The school has made education a reality for more than 4,800 pupils from different nationalities represented at the Kakuma Refugee Camp.

"We have had a very big improvement in student's performance," reports the headteacher, Mr Kuang. "For example, the majority are now able to speak in English and Kiswahili. As well, the number of students who are performing well on their exams is improving. In 2015, the best mark was 325 and in 2016, the best mark was 374. In mathematics, our learners are getting the highest marks in the whole camp. These are true indicators that learning is taking place."

"Building schools and ensuring children can attend regularly in an area like Kakuma is extremely significant. But, this alone is not enough. Now, it's very exciting to see that World Vision's continued emphasis on the quality of education is paying off with reports like these improving test scores."

Nyakuei is acutely aware that she needs to work very hard to achieve her dream. She goes to school early in the morning, but even before school officially begins, she is eager to do some reading.

“Science is my favourite subject. I get to learn more about hygiene and cleanliness,” she reveals.

Nyakuei’s hard work, determination and confidence allow her to overcome the obstacles she has faced so she can reach her goal of healing the sick and improving her community’s health.