Background: Bangladesh is a source and transit country for trafficking of men, women, and children for the purposes of sexual exploitation, forced labor and abuse. Poverty, natural disasters, loss of traditional livelihoods, low status of women, lack of awareness and limited enforcement of laws contribute to the human trafficking problem.

Population covered: The project is covering a toal of 1,659,563 population including 278,687 boys and 605,652 girls under its program interventions. These program participants are mainly the families and children at risk of trafficking, victims of trafficking, children in current trafficking situations, local non-governmental and community-based organizations, law enforcement authorities.

Project Location: The project has been implemented in 25 Upazilas of 9 Districts under Khulna, Barisal and Dhaka Divisions. 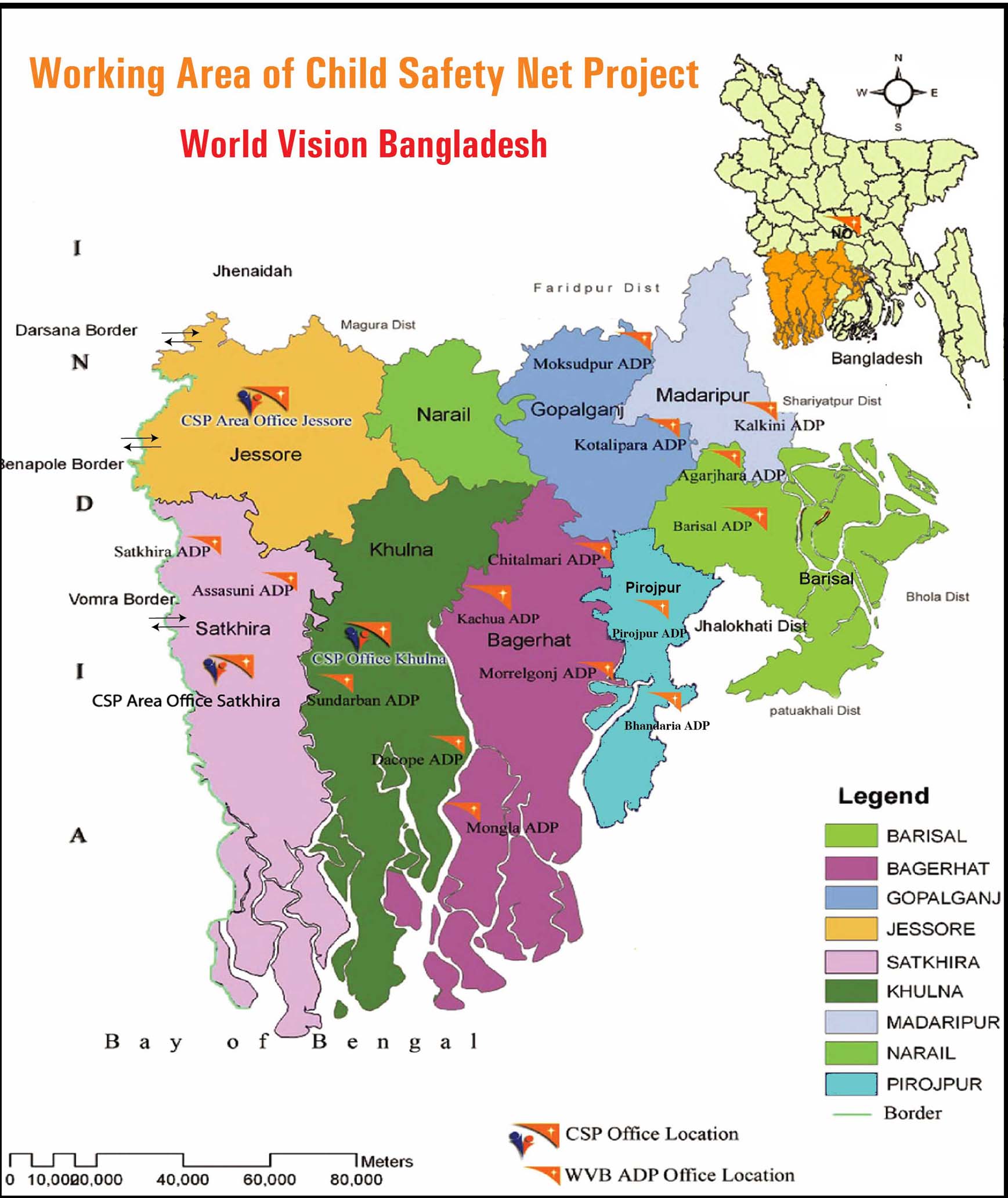 The Child Safety Net Project implements a wide range of activities to tackle human trafficking, which are in line with the National Platform for Actions 2012-2014. The project emphasized prevention of trafficking by raising awareness of the community, legal practitioners, journalists, and law enforcement agencies at the local and national levels.

As part of its mass awareness activities, World Vision Bangladesh developed and distributed 21,500 promotional materials with anti-trafficking messages in fiscal year 2013. The project aired five video clips on trafficking, child marriage, child labor, dowry and child torture on Samay TV and Independent TV, which captured large audiences. A total of 292,070 people including 65,592 boys and 95,639 girls from vulnerable communities have been reached by Child Safety Net Project during fiscal year 2013.

The project educated 135,738 people in the community on anti-trafficking issues through video shows and group education sessions. Special classroom education sessions on anti-trafficking issues were also organized, so that the 134,746 students who participated can identify and prevent trafficking in schools and communities. At the same time, 2,787 vulnerable children were provided with Life Skills-Based Education to help them cope with challenges related to trafficking.

Responding to the National Plan of Action 2012-2014, WVB has activated 43 Counter Trafficking Committees at union, upazila and district levels in FY-2013.

Considering early marriage as one of the major push factors for trafficking, Child Safety Net Project launched ‘BRIDE NOT BEFORE 18’ campaign to stop child marriage. The project took a range of advocacy initiatives in collaboration with the National Human Rights Commission (NHRC), Bangladesh.