“When my wife smartly manages sales of vegetables and other important family matters, I am proud. It reduces my stress too. I can concentrate on other works better,” says Abu, husband of Muslima, from the Sreebordi sub-district of Bangladesh.

Abu and Muslima are one of the 6,855 couples who participate in the MenCare programme of the BIENGS project being implemented in the rural sub-districts of Bangladesh. 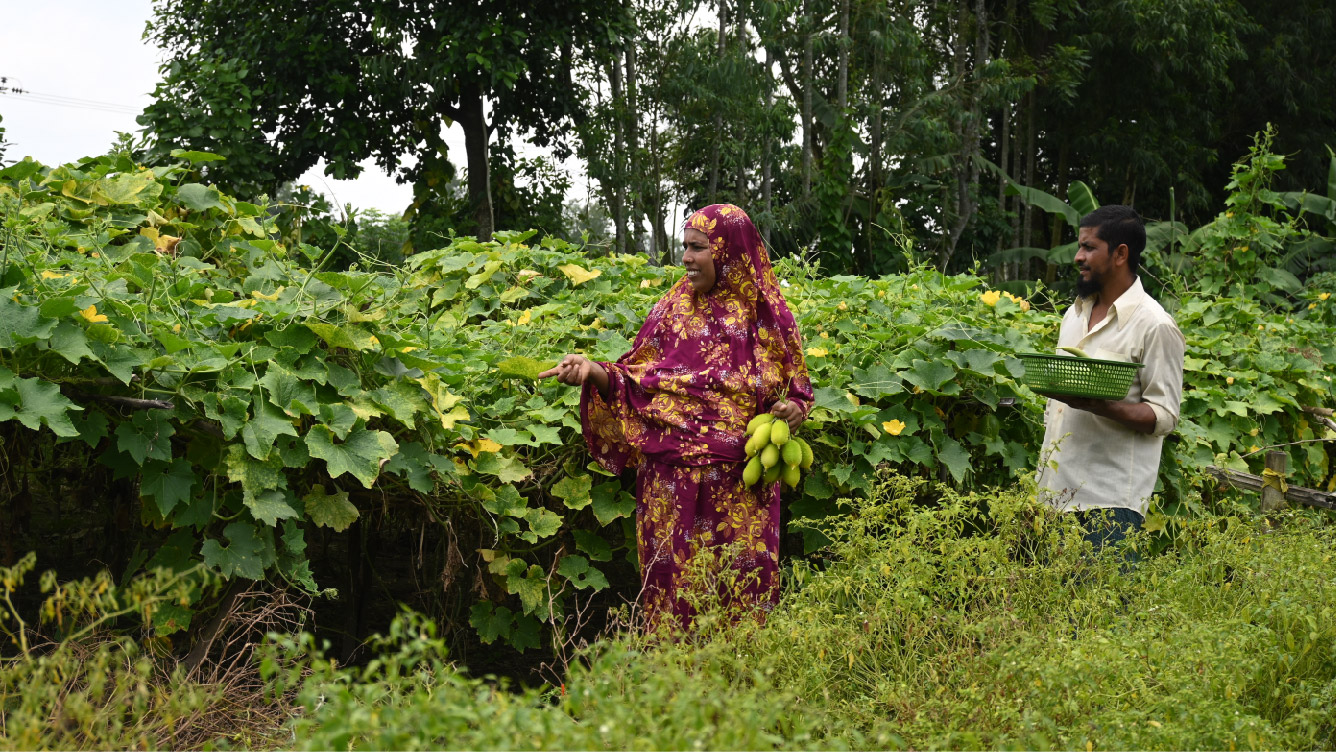 In the MenCare sessions, they learn and practice the importance of men and women’s equal participation for decision-making on family matters, income-generating works, and ensuring nutrition and health for all family members.

According to the ‘The Women’s Empowerment in Agriculture Index: Results from the 2011-2012 Bangladesh Integrated Household Survey’ report by IFRI, women’s participation in the labor force in Bangladesh is still low, and their ability to make decisions on health and finances and personal mobility is very limited, only 6% of women in rural Bangladesh feel empowered, compared to 53% of men.

The survey also says that only 13% of women reported having agency in household decision-making. These constraints on human agency result in poor health, women’s limited agency, and impact families’ abilities to cope with shocks and stresses. At the same time, women’s contributions to food production are constrained by harmful gender norms that are at the root of poor access to and control over productive resources and inequitable access to knowledge, information, and services necessary to increase production and livelihood diversity. 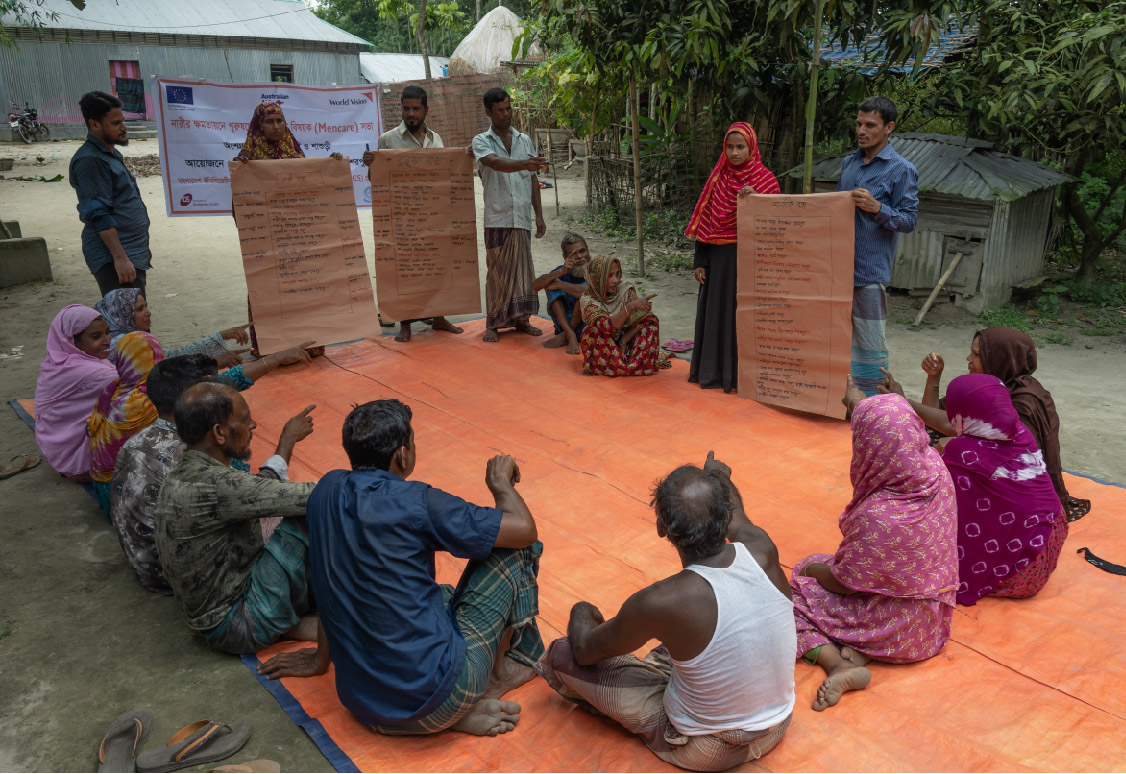 To change the mindset and behaviour, the project organises sets of programmes for the couples formed from the 960 Producer Groups (24,000 members), supported by the project in the remote corners of Jamalpur and Sherpur districts.

At the beginning of the programme, Abu used to get confused and some of the concepts seemed strange to him. He even thought giving authority to women might weaken family affairs.

“Sharing decision power with women at family was a big question to me. Usually, we - men - take decisions at home. And, giving decision power to women about family matters might cause family stability and security. Overall, this was a risky concept,” Abu says. 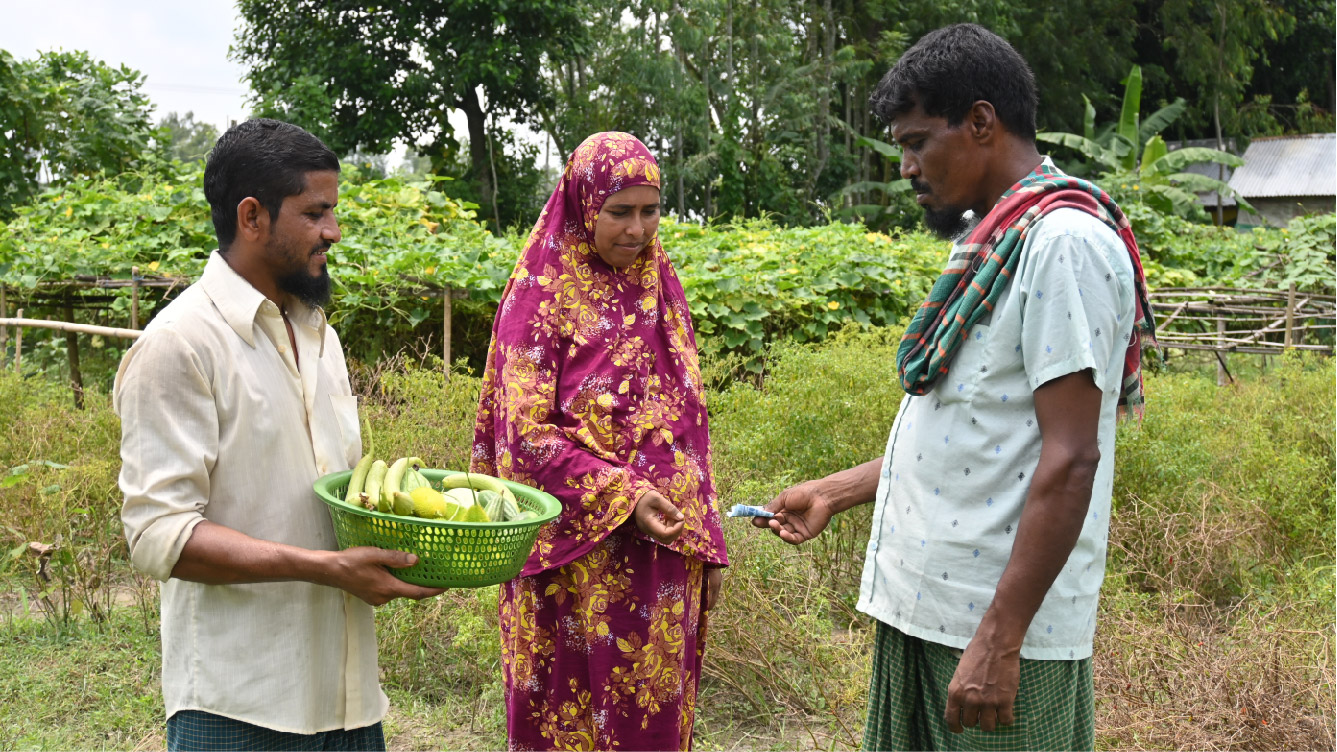 It’s not only among men of the group, but also women were almost stuck in the same mind frame. Muslima was in doubt about the result of taking part in the vital decisions of family and financial matters.

But, on one point the couple stood together. They were given the individual tasks to draw down a family's dreams. Abu’s dream was different, Muslima’s dream was different when they presented the dreams. A Community Development Facilitator helped them to find out the reasons why a couple’s dreams were unmatched, even though they are one family.

Later, they sat together and planned how they want to build their family in the next few years, how they will fulfil their dream, and what their producer group and neighbours will do to support to them.

“But still, when debate builds up on power issue during sessions in the group, men say, ‘Do you do all work all alone for the family?’ Women call out, ‘Do you do all work in the farms?’ The debate concludes when couples reach to a balanced situation,” Muslima says, sharing her experience. 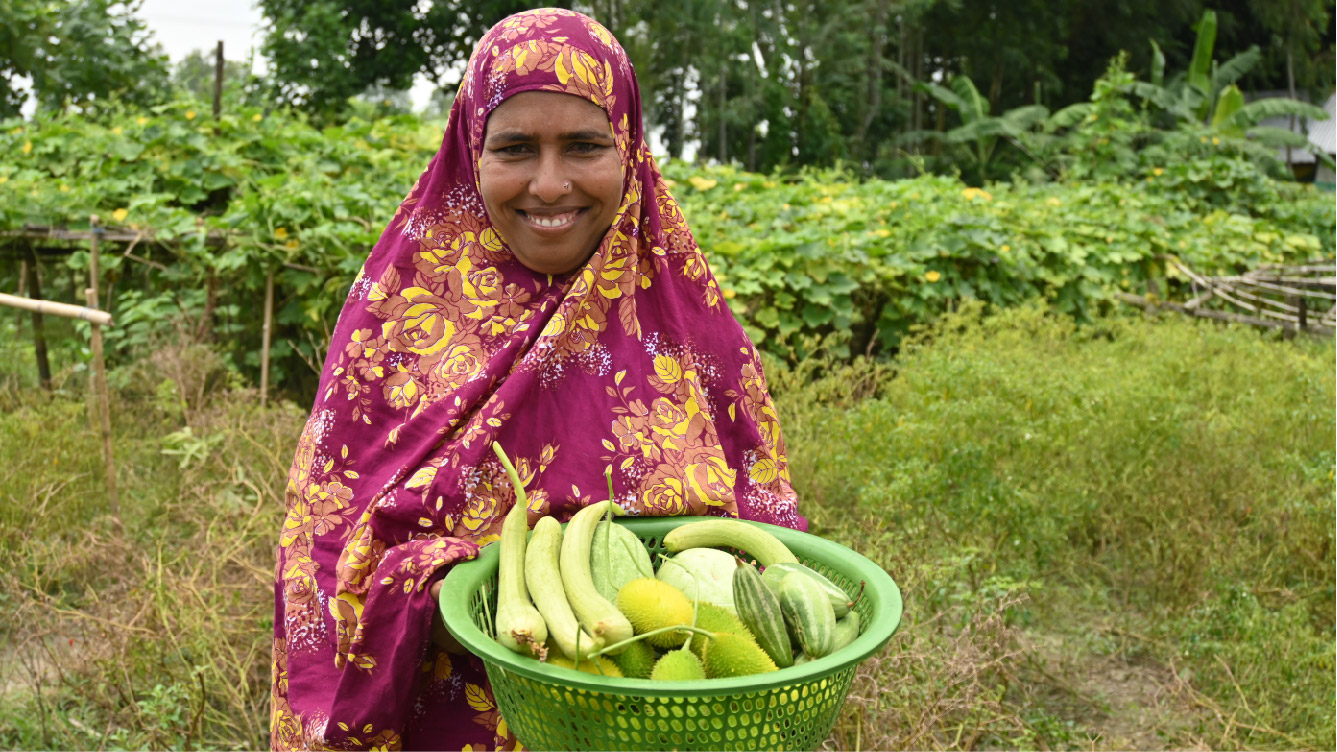 She believes change is happening in her family and among group members. Couples are building happier and more economically successful families after participating in the MenCare programme.

“I can now participate equally in decision making about family members' health, nutrition, and agri-business issues. Together we make good decisions for our family,” Muslima says. “When my husband helps me doing household chores and encourages me to do income-generating work with him, I am happier than anything!”