Solin is a cheerful 6-year old girl always sporting a smile on her face. Her hair is pulled back into a curly ponytail that bounces as Solin skips to the class she is attending in informal education workshops, in the Ušivak refugee camp in central Bosnia and Herzegovina. She is currently learning letters, and she rejoices when she spells her name, her lips forming a big smile and her eyes glowing with pleasure,

Solin is very talkative, and as she interacts and plays with other children attending these workshops in, Solin started picking up English words. Coming from different countries and cultural backgrounds, English serves as the common tongue for the kids in the camp.

Lida Hanić, a World Vision BiH Child Protection Assistant spends most of her working hours interacting with children in the camp. Approaching children with genuine interest and a big smile, Lida quickly gains their full attention. Noticing Solin’s ability to learn other languages, Lida takes it to another level. She tries wordplay in the local langue. As Lida pronounced words like "Popocatepetl", "škafiškafnjak", these tongue-twisters made Solin laugh out loud.

“Of course, I had the assumption that he would not be able to pronounce it because a lot of adults also fail to pronounce it”, says Lida. And she was right. At first, Solin couldn’t pronounce these words. But the little girl then employed a lip-reading technique.

“At that moment, she was pronouncing these very words very precisely”, says Lida.

Solin later explained to Lida that she copies the mouth movement she sees until she understands how something is pronounced. 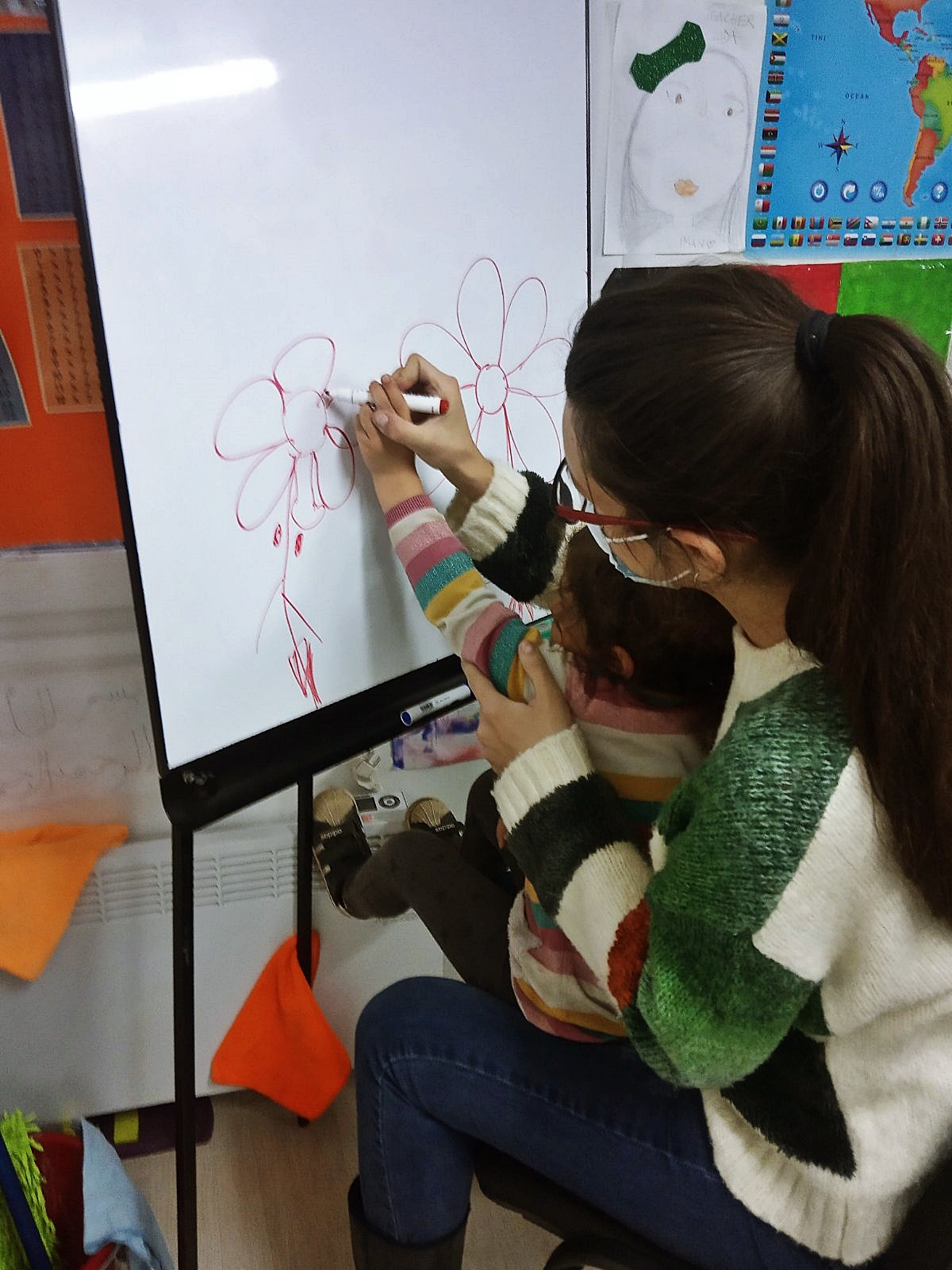 After the workshop, Lida talks to little Solin about what she likes.

“She told me that she enjoyed the workshops and that she loved her teachers,” says Lida. But there is more to it, it turns out that little Solin has a real sweet tooth.

“What matters the most is that I get to eat sweets during the workshop”, says Solin, and they both laugh at this statement.

Solin’s mother brings her to non-formal education workshops every day.

“It is important to me that there is a space in the camp where Solin can study and not lag behind other peers who live in better circumstances,” says Solin’s mother.

Informal education workshops are part of World Vision’s effort to provide access to education for children who are not a part of the school system, such as children residing in refugee camps.

Solin is dedicated to learning the Bosnian alphabet. Her motivation to learn is similar to any other 6-year-old – positive reinforcement and a little reward for doing well seem to go a long way.

“When I do well, my mom tells me how good I am, and then I get some sweets,” says the little one.

Besides her motivation, Solin’s dreams are similar to dreams of first graders everywhere in the world. She wants to grow up and do a job that will be interesting, provide interaction with people, and a little reward. This little one wants to be a bus driver, taking people where they need to go, all the while honking and waving at passersby. And by now, we know what would be the best reward for Solin:

“When people get on the bus, everyone will give me chocolate, and a lot of people will come in”, says Solin. 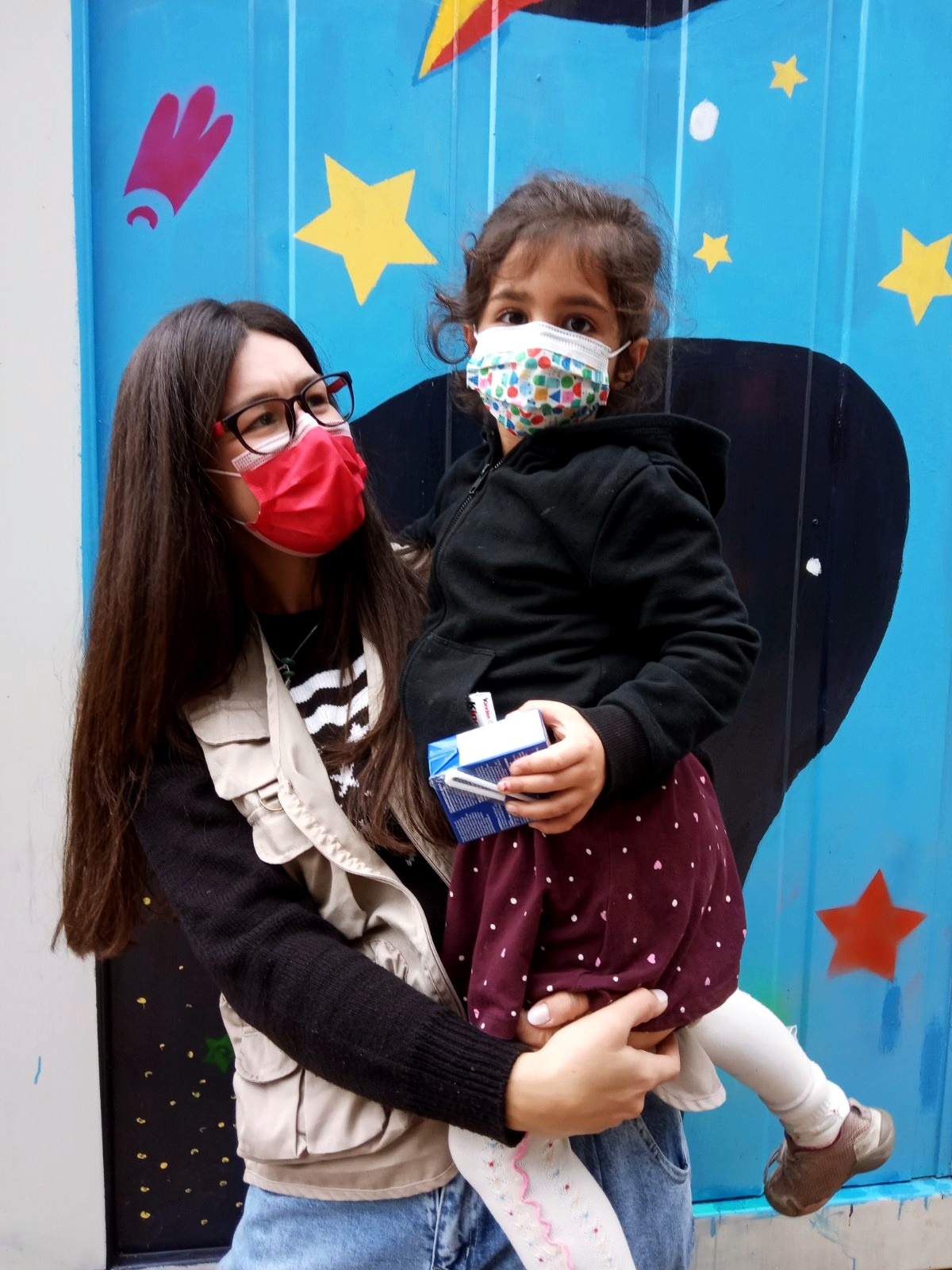