The indistinct chattering of women became clearer as they got nearer. They were very concerned about the pandemic spreading across different parts of the globe. This had been the talk of the town for days. They were there to volunteer to make nose masks for brethren in Korea (especially their sponsors). They had never met these people from Korea. However, they knew they were the reason many of them had amenities such as water and gifts for their children. They believed this was their way to say thank you.

Two women had come earlier to clean up the supposed manufacturing room so the new arrivals joyfully joined in setting up the place after putting on their hand gloves. The room was almost ready when the door opened. Children from the R.C. school clad in their uniforms had arrived, accompanied by their teacher.

“We heard you were making nose masks today so we wanted to come and help,” the teacher said with a smile.

The room was ready a few minutes later. The women and children were joined by World Vision staff in a time of prayer. Everyone was genuinely passionate at that point.

Snip! Snip! Went the scissors as the women cut the larger clothes into smaller pieces for the first batch of nose masks to be sewn. The cut pieces were attached to linens which went to the sewing machines.

The school children were busily helping the women at the various phases of the production. They sang songs of worship to God as they worked.

After hours of hard work, there was a sudden atmosphere of excitement on their faces as they finished ironing the last batch of nose masks. Finally, their mission was accomplished.

“For many years, they have given us schools and continue to support us in many way so I am very happy to give back to support them in these difficult times. I am praying for them,” said one of the students who came to help.

World Vision in Ghana continues to pray for people affected by the Coronavirus. It is our prayer that World Vision staff, their families and the communities we serve are equipped to overcome these difficult times. 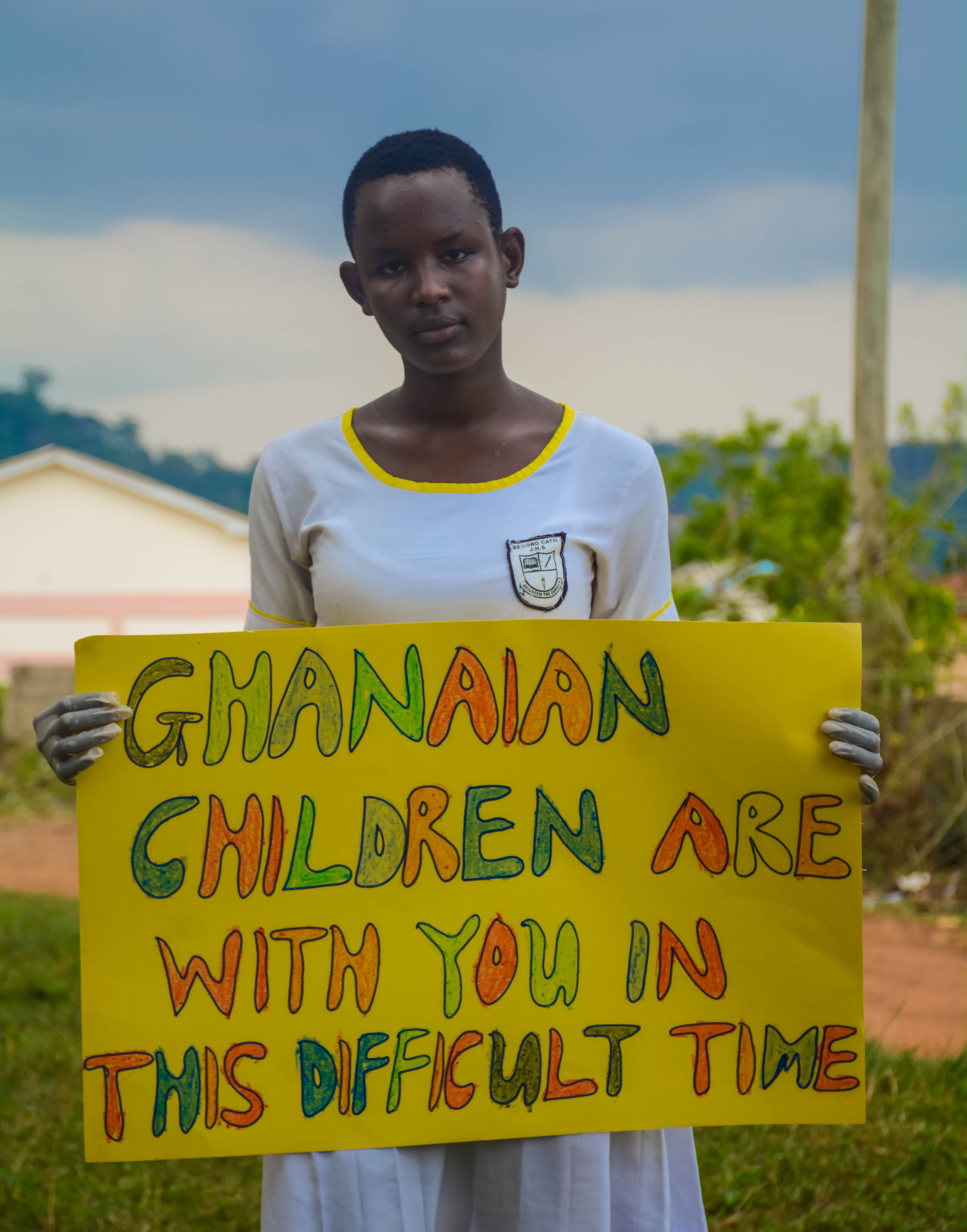