Sixteen-year-old Yaa* lives with her mother, grandmother, and four siblings in Ghana. In 2020, during the COVID-19 nationwide lockdown, Yaa became pregnant. “Right after the lockdown, I realised that I was pregnant. I was shocked and got scared,” she said. She feared going back to school.

Mr. Akoto, headteacher of Yaa’s school, is an active participant in World Vision programmes. When he discovered that Yaa was not returning to school because of her pregnancy, fe followed up with her and encouraged her return.

After safely delivering her child, Yaa returned back to school, thanks to the encouragement of her mother, headteacher, midwife and local advocacy group. She was thankful that her headteacher and the other teachers in her school took her through an intensive revision exercise to enable her to catch up with what had been studied in her absence.

“I leave my baby behind for my mother to take care of her so when lesson breaks, I come home to breastfeed my baby and return to class for studies.” She added that her colleagues and teachers do not stigmatise her but treat her kindly, the same as they did before she became a teenage mother.

Yaa appreciates that World Vision, through the advocacy groups in her community and school, preached against stigmatisation and encouraged her to return to school despite her pregnancy. 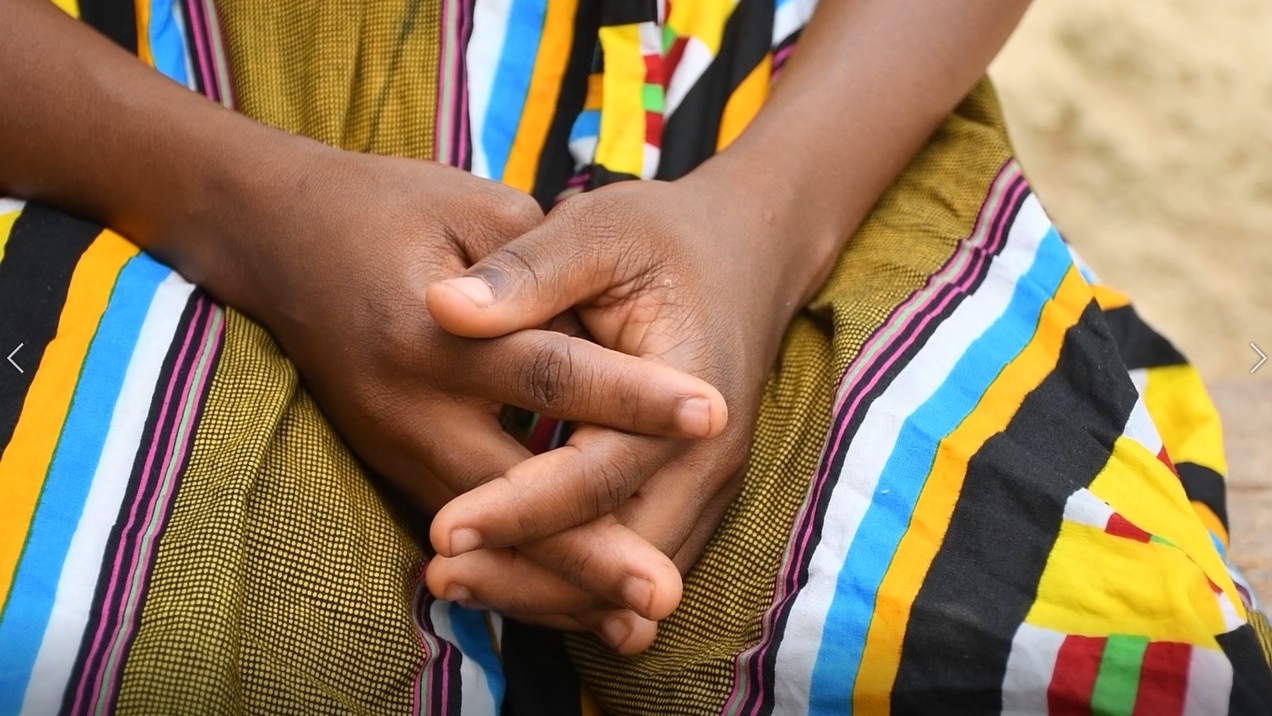 Aspiring for a future, not child marriage

Yaa aspires to become a doctor. Through World Vision advocacy campaigns, and with the support and encouragement from her midwife, headteacher, and mother, Yaa has decided not to pursue child marriage but will further her education to become the doctor she wants to be.

Yaa’s mother, Grace, explained why she did not allow her daughter to be married as a child. She stated that Yaa is too young for marriage, and she doesn’t want to jeopardise her daughter’s future.

I will ensure she toes the right path to a brighter future and gets married when she is ready and old enough to be married. For now, she has to concentrate on her education. - Grace

Grace concluded with this encouragement: “I want to entreat my female colleagues all over the world to take good care of themselves, focus on their education no matter what the situation is, and try their best not to engage in teenage pregnancy and early child marriage.”

According to the Ghana Education Service, a total of 7,213 girls across the 16 regions of Ghana got pregnant in the 2018-2019 academic year. The Girls’ Education Unit of Ghana Education Service is implementing guidelines to ensure the return of all pre-tertiary children, particularly pregnant adolescents and young mothers, to school. As a result of strong implementation of the guidelines, 3,139 girls so far have returned to school.

World Vision works with advocacy groups to raise community awareness and sensitisation on the re-entry guidelines to help mitigate the risk of child marriage due to teenage pregnancy and to raise public awareness around the particular need for adolescent girls to return to school.

Children who are not presently in school are 3.4 times more likely to be married than their peers. The impact of child marriage is devastating for girls, communities, and the economy.

Child marriage ruins children’s dreams and futures, exposes them to various forms of violence, reduces their opportunities to earn income, and makes them dependent on their spouses. Children become trapped in poverty and abuse.

At World Vision, we believe that every child deserves the chance to experience life in all its fullness, to dream big dreams, and to realise their God-given potential.

*Yaa's real name has been hidden to protect her identity.

Every two seconds a girl is married before age 18. Child marriage is a global problem which is halting millions of children’s childhoods, compromising their development, severely limiting their opportunities and taking away their rights and freedom. We believe the legal age of marriage for girls and boys should be 18 or above. We’re working with local authorities to implement existing laws and empowering girls and boys to report cases and take action to prevent forced marriages of their peers. Global efforts have prevented about 25 million child marriages over the past 10 years, but we need to work together to keep making a difference.