Eleven-year-old child labourer Nuri* is by the roadside in Bangladesh, sweaty and exhausted from hammering for hours under the burning sun, lost in the haze and noise of bricks breaking.

She was completely silent, her concentration completely occupied by the task at hand as the pile of red brick fragments grew beside her.

Nuri’s family were surviving hand-to-mouth when Nuri’s father abandoned them. Her mother, already suffering from mental trauma, was devastated by the loss of their sole breadwinner.

After initially surviving on loans, Nuri’s mother got everyone jobs breaking bricks at a construction site when lockdown was finally lifted. That included Nuri and her sister. 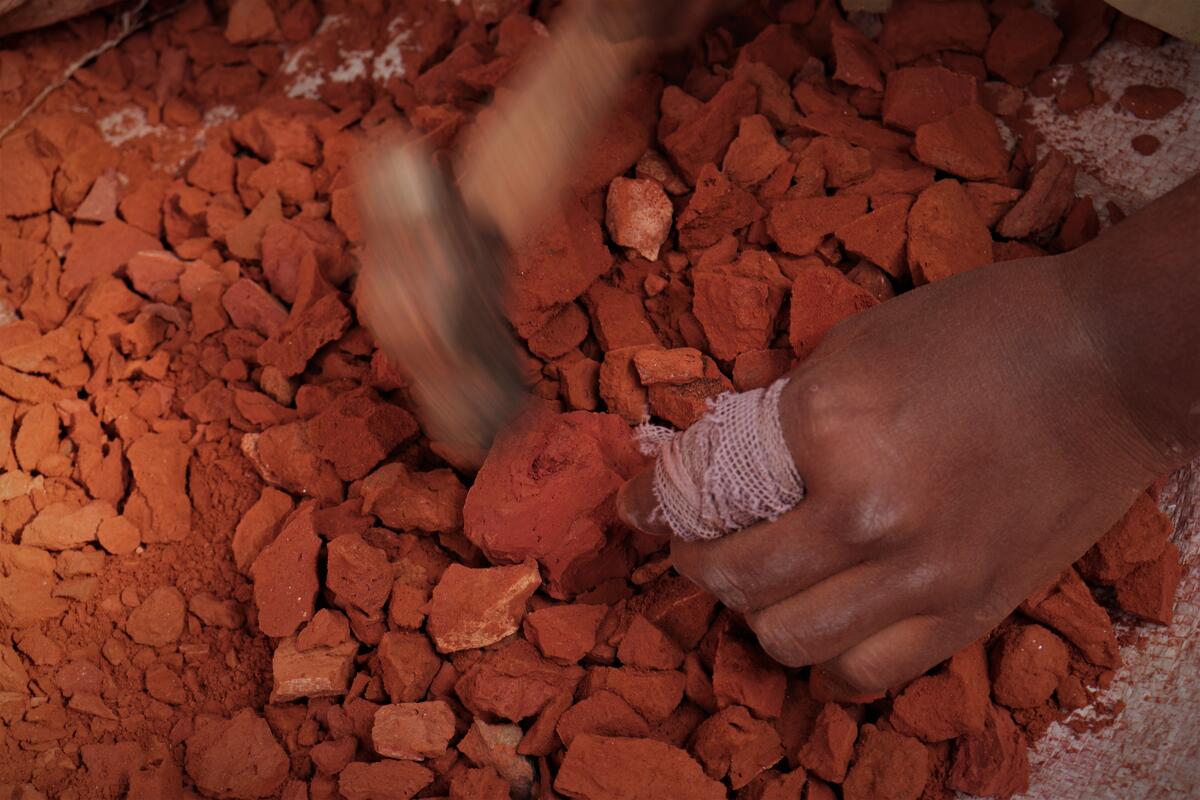 “It is very hard to break bricks, I often miss the brick and land the hammer on my fingers. It hurts so much,” she tells us, showing us the dirty bandages wrapped around her young fingers.

“I cannot stop working for a second,” she says. “I get BDT 50 (57 US cents) for every sack of pebbles I produce. I can barely make two sacks a day. How do you expect me to eat?”

Nuri is not able to save any of her earnings for now, but she is determined to save enough money to send herself back to school.

“It will take BDT 3,000 (US$30) in admission fees to get into seventh grade and I also have to clear my pending fees,” Nuri says, hammering away at the bricks.

“I am still going to save as much as I can to get back to school. I do not want to work here anymore.”

This is the stark reality of child labour. Find out more about the issue and our work to help end it.

*Nuri’s real name has been hidden to protect her identity.