The ongoing Syrian conflict has had a major impact on the health of its population: the capacity of healthcare services has been drastically reduced, and limited access to the few functioning health services that remain is extremely challenging, particularly in North-West Syria.

Feeling threatened enough to leave your own hometown is something many Syrians have experienced. 61-year-old Balsam*, who suffers from asthma and is a mother of eight, is one of them.

Headed for the unknown, Balsam and her family left the governorate of Aleppo in early 2020 in a big van. It was very cold when the family arrived at a camp in the north of Syria.

Luckily, upon arriving, Balsam met one of the families in the camp that offered them a place to stay at a poorly constructed accommodation. They managed to put an insulating cover instead of a roof but the winter was bitterly cold with heavy downpours that worsened Balsam’s condition. The dampness invaded the walls and everything within them.

I was in control of this disease. I was living an almost normal life, until I was displaced from my town and my own house.

“Throughout the previous years in which I was suffering from asthma, I was in control of this disease. I was living an almost normal life, until I was displaced from my town and my own house, I began to suffer due to the living circumstances that exposed me to moisture and mold. Since then, I lost control over my health condition and started struggling with asthma, panic, distress and anxiety,” She explained.

Although the 61-year-old and her family were displaced for two months, it seemed like a lifetime to her. As they retuned back home, the camp’s conditions had already taken a drastic toll on her health.

Balsam continued to suffer from severe coughing and shortness of breath, which put her life at risk, especially with the seizures of anxiety that she continued to suffer owing to the difficult living conditions and lack of essentials. Not only that, but also the tough circumstances her family went through; one of her daughters lost her husband due to the war and moved back in with them. Her husband is in his late sixties. He used to be a teacher in a school but after they became displaced he became unemployed. Balsam and her husband now live off what their children can provide every now and then.

This illness wore me out; the coughing and shortness of breath made it very difficult for me to get some sleep at night.

“This illness wore me out; the coughing and shortness of breath made it very difficult for me to get some sleep at night. The lack of health centres and our weak financial condition forced me to bear sleepless nights and pain until a medical mobile unit, which offers services free-of-charge, passed by,” Balsam added.

The workload and large number of patients did not prevent the mobile unit’s staff from welcoming and receiving Balsam. It was immediately clear to one of the doctors that she was suffering from an acute asthma attack. He ordered an urgent nebulisation session – a treatment done through a machine that helps the patient breathe in a medicine as a mist through a mask or a mouthpiece. The doctor advised Balsam on how to avoid such attacks and asked her to revisit for a check-up the following week.

“Hope and optimism are required in order for your body to resist this disease. We must be strong and look at things from a different angle as life has many ups and downs,” said her doctor from the mobile unit run by World Vision’s partner, Syria Relief & Development (SRD).

Following the doctor’s instructions, Balsam started feeling in control again and felt much better by the end of the week.

“I must try to keep myself away from everything that can set my health back. Walking for barely 200 meters exhausts me. The doctor advised me not be near anything that could exhaust my lungs; boiling pots, heaters, smoke or even being exposed to cold winds," Balsam said. 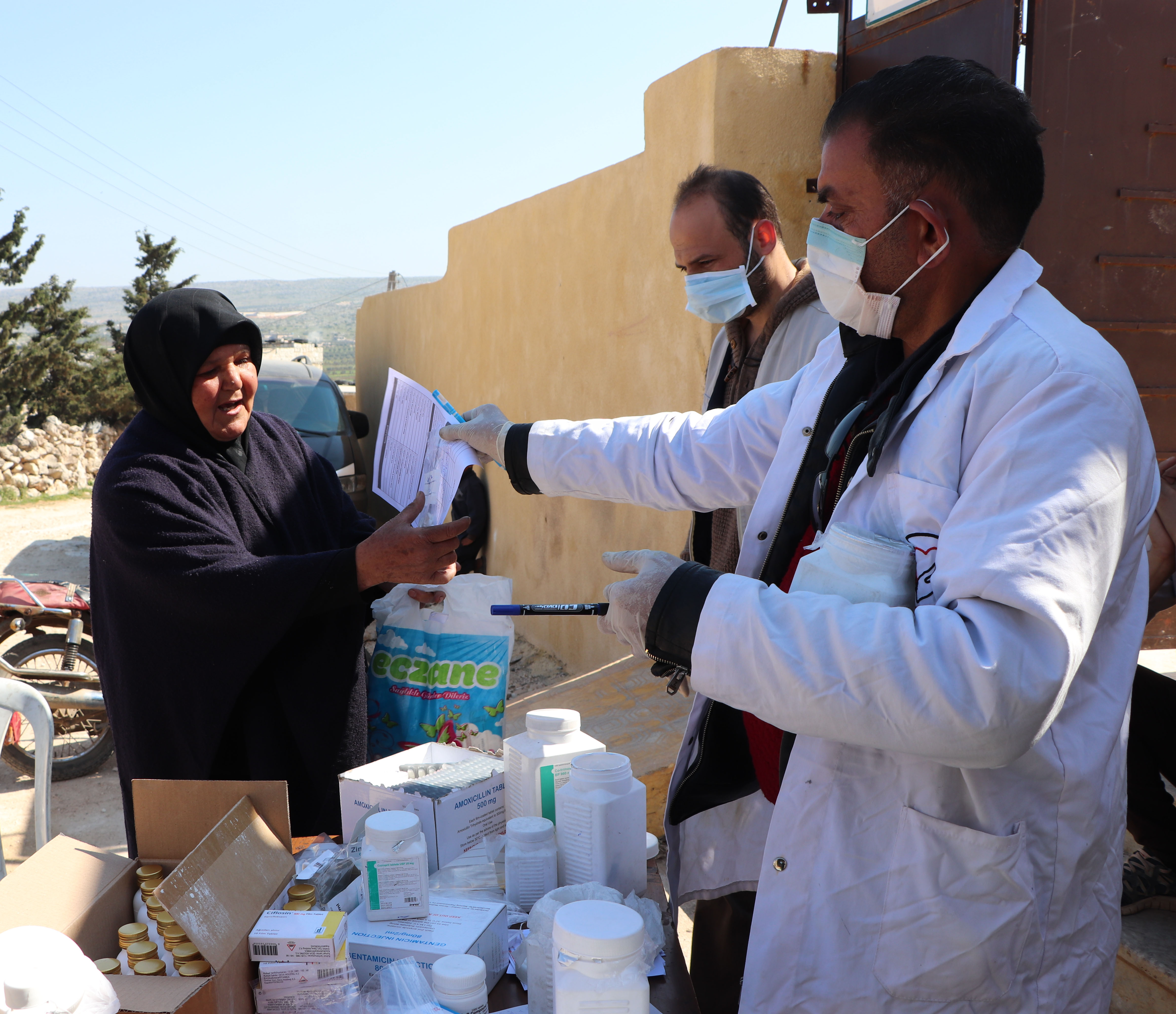 A week later, she went for a check-up, and the doctor confirmed that her health condition had improved.

I have put this asthma under control. I will never allow it to defeat me from this day onward.

For people like Balsam, maintaining a stable healthy condition is almost impossible without inhalers and the appropriate medication. “A nebuliser would be very helpful for someone who suffers from acute asthma like myself but unfortunately, I cannot afford it,” she said.

Nevertheless, Balsam is certain that she will be in good health. She added: “I have put this asthma under control. I will never allow it to defeat me from this day onward.”

The COVID-19 pandemic threatens the lives of hundreds of thousands of displaced people in northern Syria, over half of them children, and especially those who suffer from respiratory diseases. Balsam and many other Syrians struggle on a daily basis as they get on with their lives, but now with the risk of the virus spreading to their vulnerable communities, chances are high that their lives would be at stake.

‘The Health and Protection’ project, which started in May 2019 and is ongoing, aims at reducing the vulnerability of targeted conflict-affected people in North-West Syria through increased access to essential health care and protection services. As of February 2020, health services provided through this project have reached 96,645 people including 41,027 children.

* Name has been changed to protect identity.