The pandemic that swept the globe since the beginning of 2020, forced governments to take drastic measures to contain its spread – borders were closed, curfews imposed and businesses were shut. The toll of the pandemic did not only affect the physical and mental health of the people but it also affected their economic status; more than 114 million people lost their job in 2020[1].

With over five million infections and more than 44,000 deaths[2], Turkey is one of the most affected countries in the region by the pandemic. In the past year, the country went through several curfews and lockdowns which affected the refugees and host communities’ economic situation. “With the aim to help Syrian refugee women and host communities acquire new skills, World Vision partnered with Turkish Red Crescent to provide them with hope for a better life. Together with GAP Regional Development Administration and the Domestic Production Cooperation with Women Hands, we provided 50 Syrian refugee women and host community residents with capacity building and inclusion sessions. The economic decline is hard felt by women as unemployment rates continue to increase and the most vulnerable struggle to provide for their families. It is critical that we continue our mission in supporting the vulnerable communities through such interventions,” says Yusuf Avci, World Vision Syria Response Turkey Portfolio Manager.

Testimonies from the working groups

Ekrem*, mother of three, who attended the cooperative course emphasizes how much it helped her on a personal level. "With this course, I discovered new areas in myself, I got to work within a new environment and at the same time I feel that I am mentally stronger," she says.

Fifty-year-old Ekrem earns her daily income by preparing chili pepper and pepper paste at her house. “I would like to grow my business and present my work with other women to a wider market as a partner to the cooperative,” she enthusiastically shares with us. “The goal of being a partner in the cooperative is to offer people new tastes, to increase the variety of our existing products, and to promote and sell these products both nationally and internationally,” Ekrem adds. The course provided Ekrem with training from different experts and because of it, she became stronger and more independent. 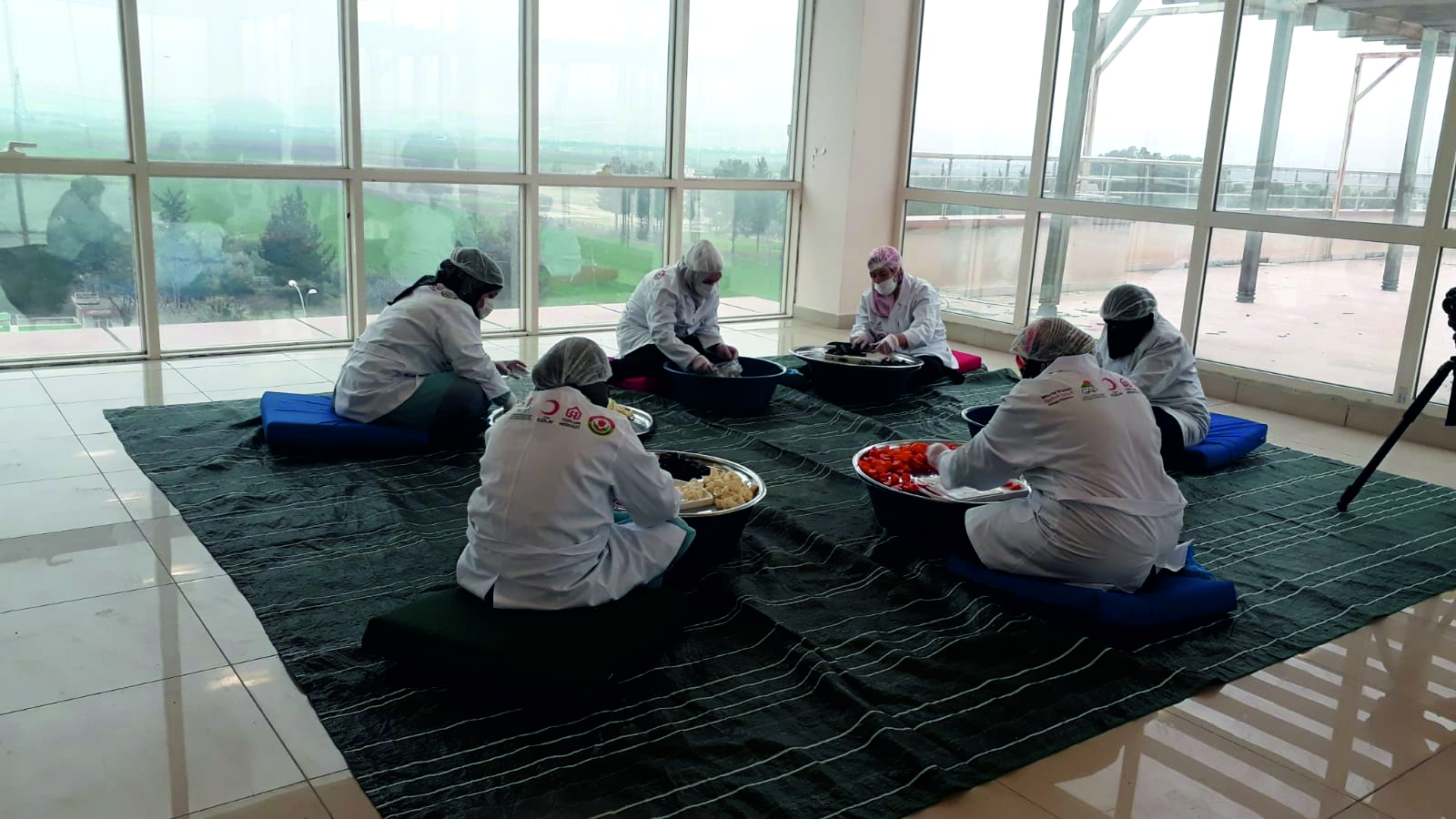 Esen*, also a mother of three, used to own a carpet store. Unfortunately, she had to close it after the death of her nephew since she was emotionally devastated. Soon after closing her store, she faced financial difficulties. She then decided to start cooking and selling these to cafes. “I heard from a friend about the cooperative and I was very excited to join and become a partner. Here, I received training in many different subjects. This project is very empowering for us women,” she says.

During the training, forty-two years old Esen learned the logic of the cooperatives and how to communicate with the partners. “The purpose of becoming members here is to strengthen the cooperative, increase the product variety and open new areas for these products.” 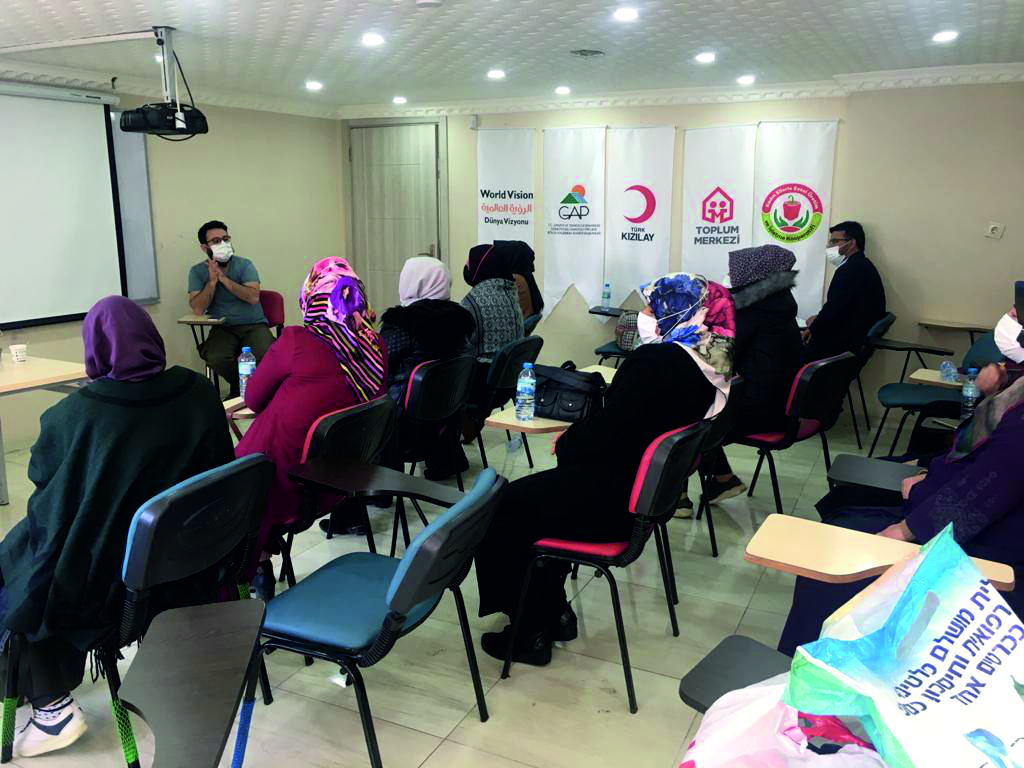 As for Hazan*, she has been a member of the Women's Pantry project for about nine years. Under that project, she prepared jam, tomato paste, hot pepper, pomegranate bread, and bread. Presently, she is a member of the domestic production cooperative with women's hands. "As a member of the cooperative course, I have learned a lot thanks to the training. I have found my weak points and was able to work on them,” she says.

The financial support provided to the cooperative will help them produce different products. “In the future, I want to take new decisions with the cooperative partners, increase the sales channels and create a new brand.” 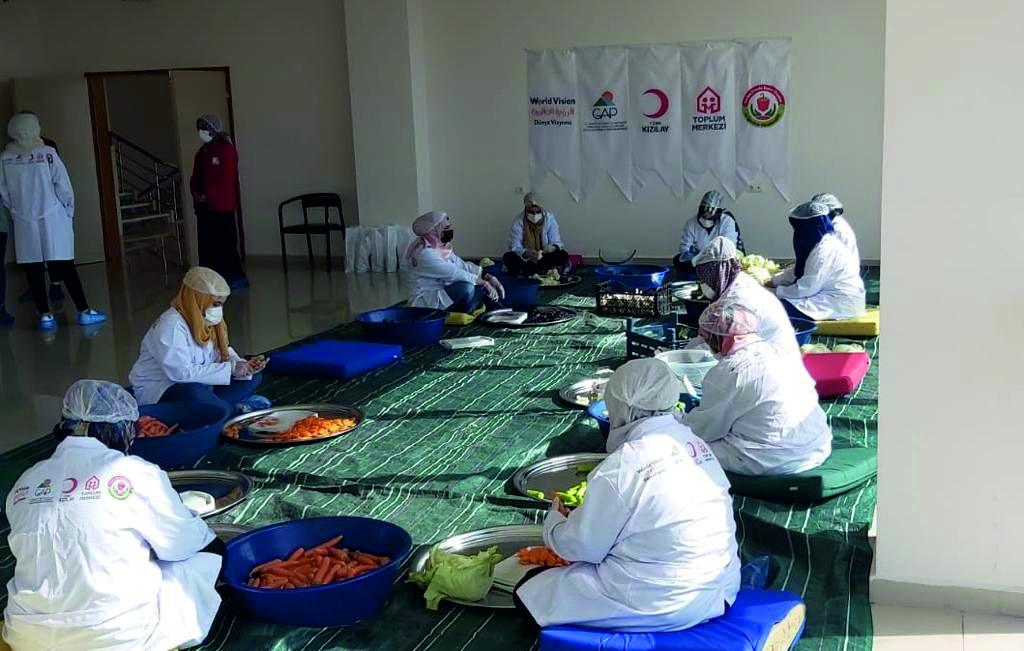 Thirty-six-year-old Nermin* worked as a customer representative at a bank for 4 years. She had to quit her job due to her mother's illness and decided to work in more flexible jobs. She heard that the Turkish Red Crescent was starting a cooperative course and since she was always interested in local products she decided to attend the course.

Thanks to the training, Nermin was able to improve her skills both theoretically and practically. She was very excited that she was producing products with this amount of materials for the first time and then selling them. “At first I was a little worried, but rapidly, I learned that anything is possible, especially by working with a group and getting help from everyone. In this course I learned that getting help from people is not impossible and nothing is difficult,” she says. “I want to produce different products with diverse flavours and to have a popular brand that is well-known in Turkey and all over the world.” 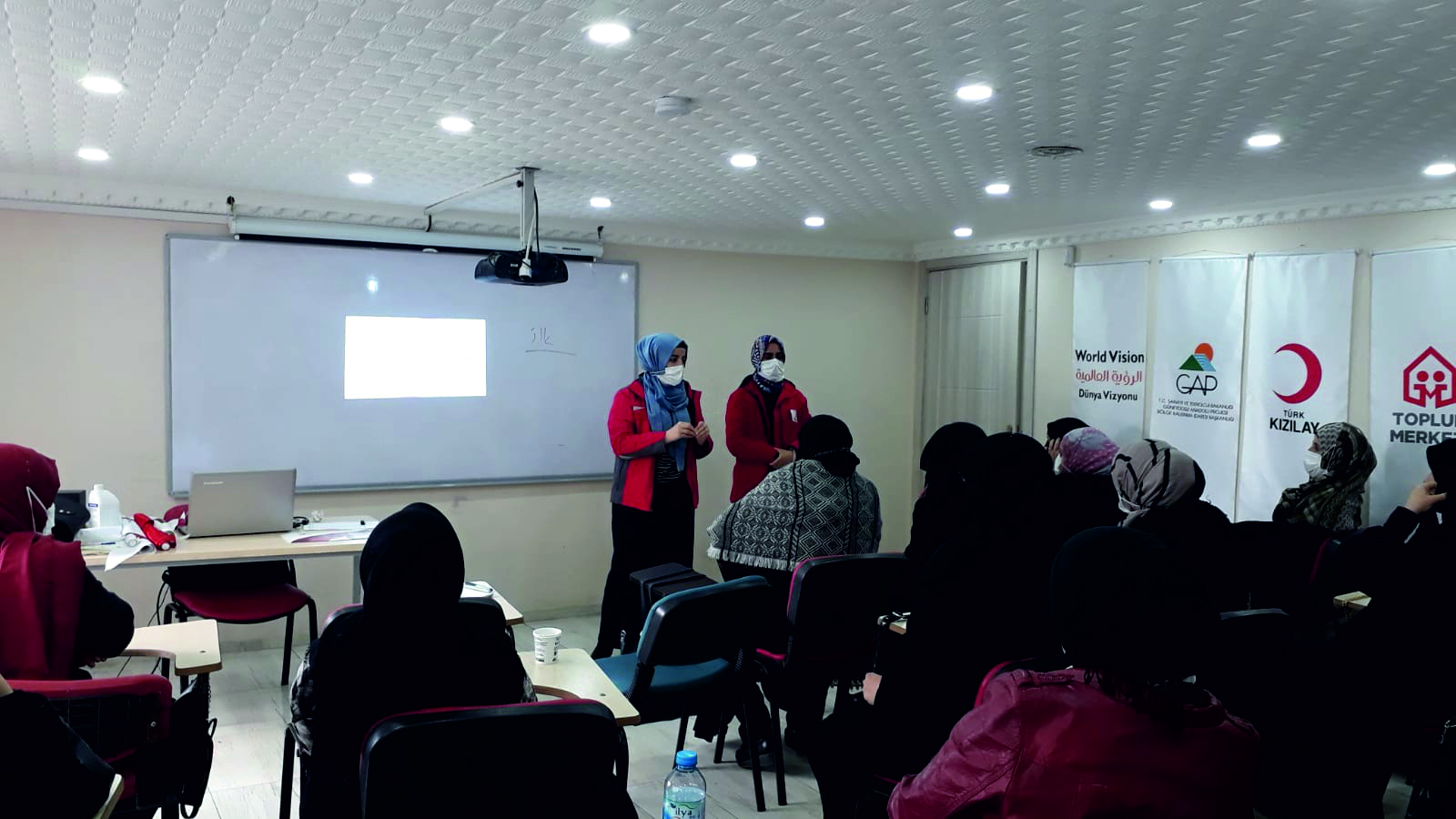 The journey for Farah* before joining the cooperative was truly difficult and long. Farah and her family had to flee their home back in Syria because of the war. They walked for a week, crossing mountains and streams before arriving in Turkey.

Once Farah heard about the cooperative she was very excited to enrol and take part in something new since she was never employed before. "Thanks to this project, I discovered new skills, I made new friends and received new training for my personal development," she says. Farah was receiving a daily income which helped her make ends meet for her family. “I feel better after attending this course, I want to produce products for 12 months and sell them to the world.” 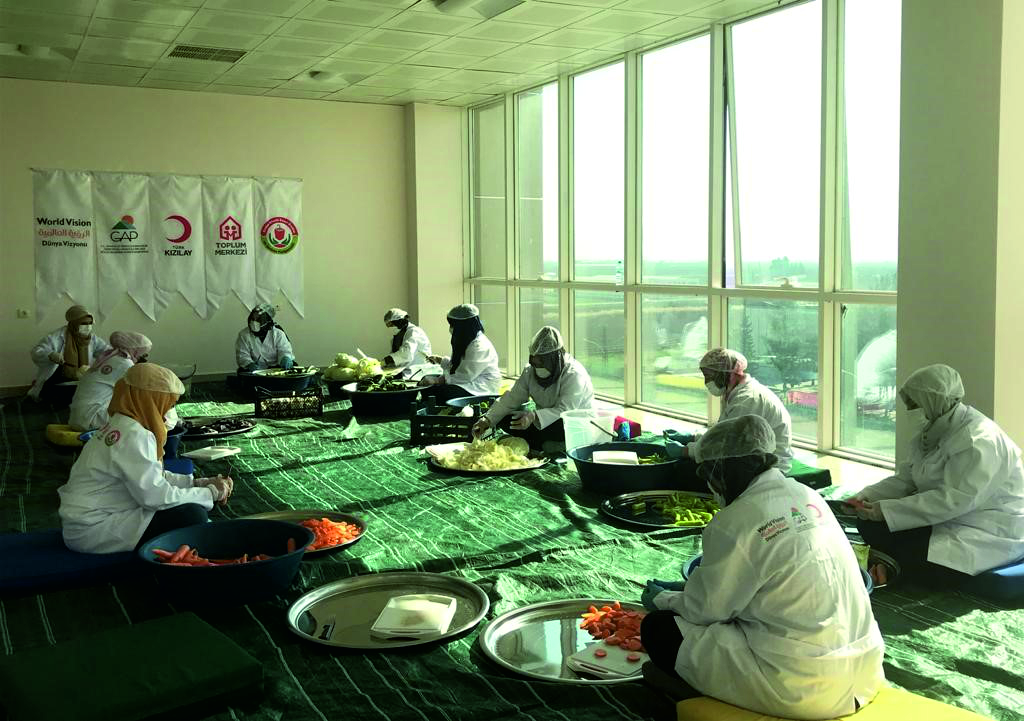 The war changed the life of many innocent people in Syria. It forced millions to flee the country and look for a different home. Fatima* who used to work as a nurse in Syria is one of those people. Looking for safety Fatima was forced to quit her job and move to Turkey with her family. “When we arrived at the border, I lost my father due to the difficult journey. I thought life is meaningless and not fair at this point,” she says.

Thirty-nine-year-old Fatima moved to Istanbul where she found a job in a textile company, but living in Istanbul is very difficult and expensive so she decided to go to Şanlıurfa. She started to make hot pepper and pepper paste at home and sell it in her neighbourhood and on online platforms. 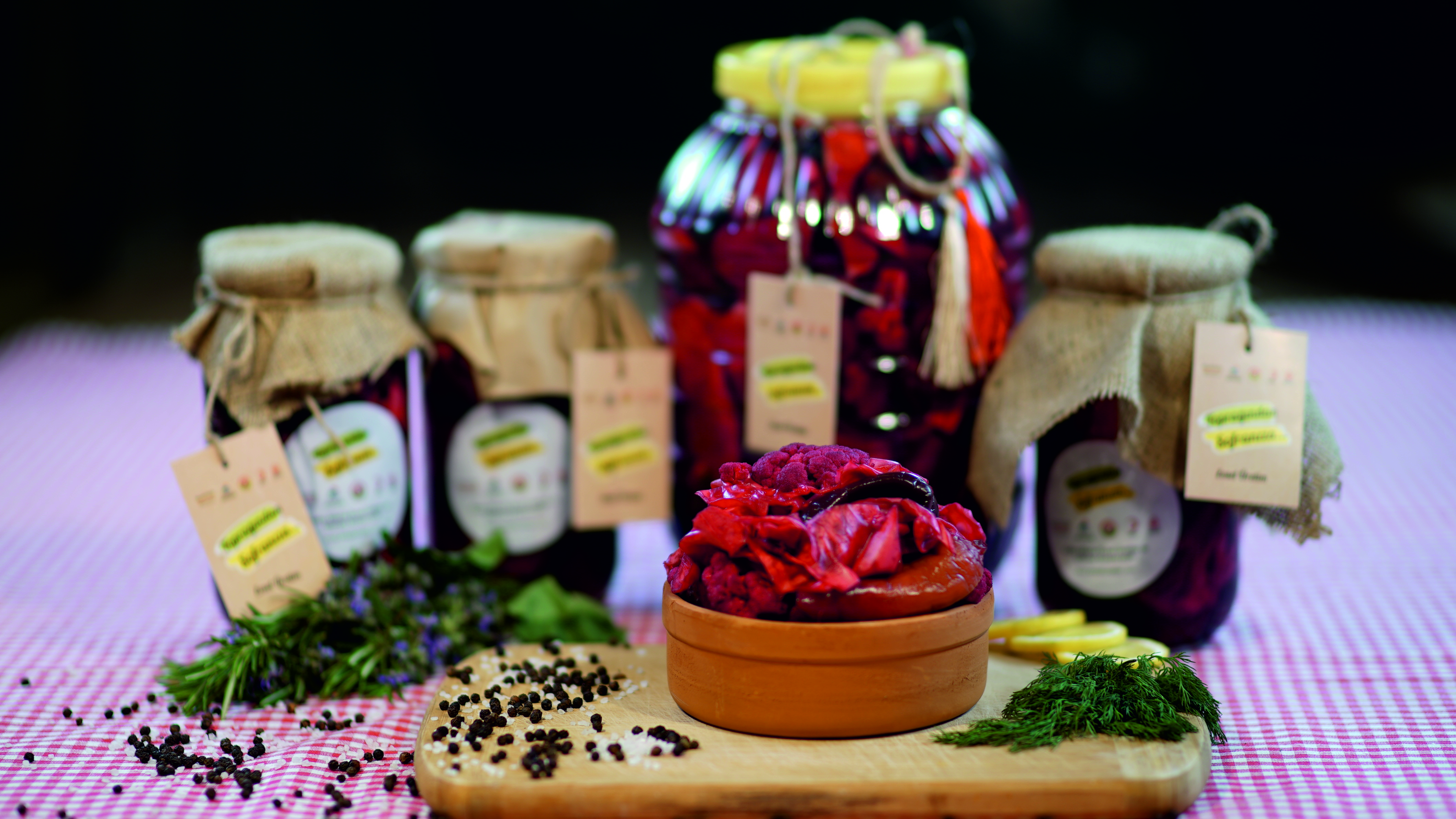 There are always many inspirational stories from people escaping the war in Syria and starting all over from scratch. Maya*, a mother of five, was a civil engineer before escaping the war in her homeland. She had to start from the beginning in Turkey, she learned Turkish and joined an NGO as a field worker. Regrettably, she lost her job due to the pandemic and was looking for something new when she first heard about the cooperative. "As a member of the cooperative, I plan to produce Turkish and Syrian traditional products. I want to make new tastes and flavours," she says. “Now I am more motivated after joining the cooperative and I want to continue improving myself.” 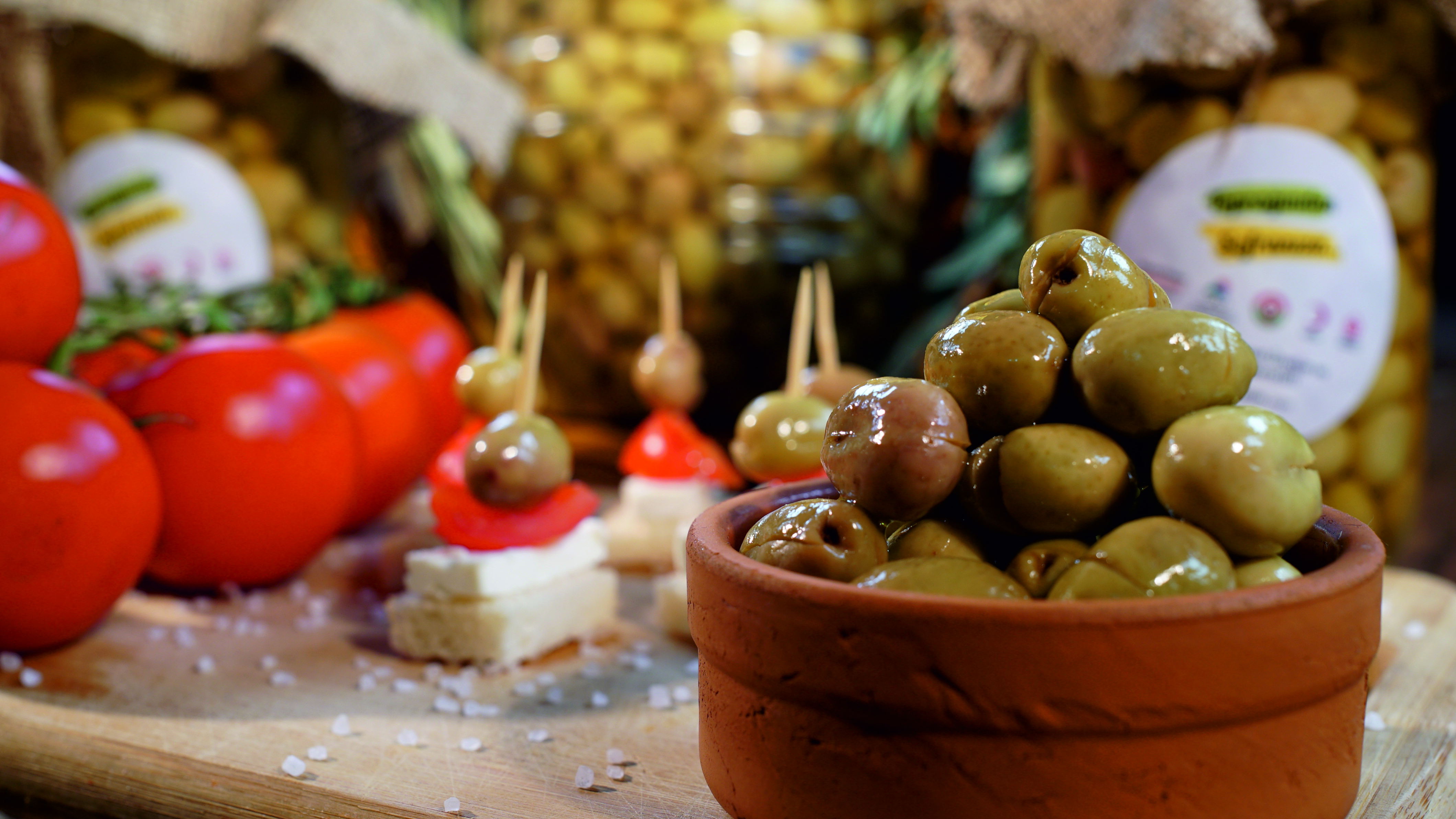 As for the thirty-five years old Aya*, she used to be a teacher back home in Syria and she was doing hairdressing as a hobby during her free time. Like many others, she also had to escape the war in Syria and move to Turkey where she has been living for the past four years.

Since her arrival to Turkey, Hiba* attended many courses so she can support her family financially, before joining the cooperative course. “I used to work individually and never as part of a group. Here, I learned how to work as part of a team and make joint decisions. I learned many different subjects and developed myself,” she says. “Now I feel much better and want to produce new products and find new sales channels to sell them.” 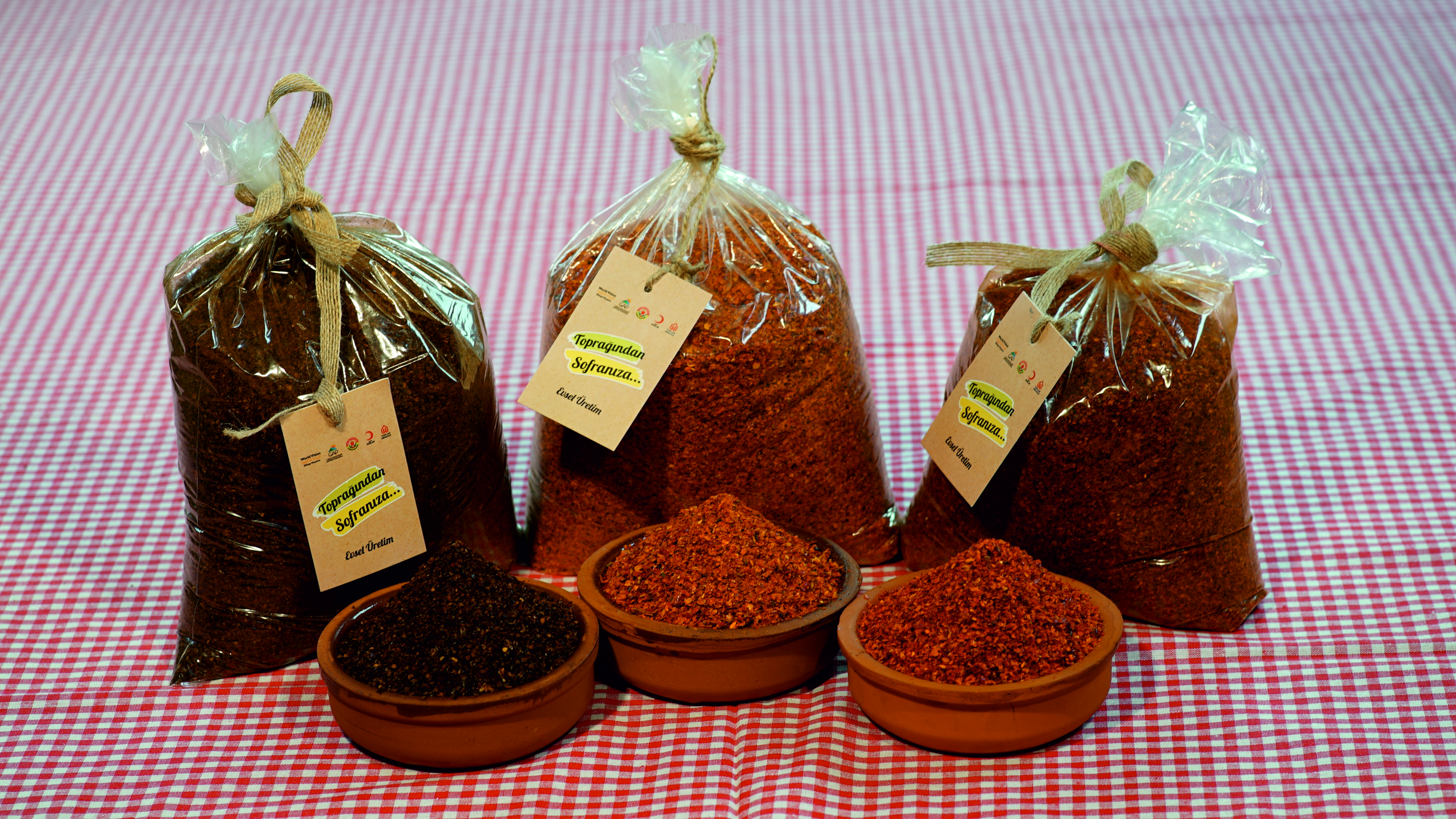 In the attempt to mitigate the economic downturn of the pandemic in Turkey, 50 Syrian refugee and Turkish women, were given vocational training in the agriculture and food production sectors, and cooperative capacity building training which will help them start their own businesses and provide for the families. “With the current pandemic and economic recession it has become more necessary to empower the beneficiaries socioeconomically. Thanks to this project, participating women have developed their professional and cooperation capacities,” says Cihan Arsu, Turkish Red Crescent Socio-economic Empowerment Program Manager.

*Names have been changed to protect identities.