Turkey currently hosts the largest refugee population in the world with close to 4 million. Some 3.6 million of them have fled the war in Syria. Turkey has demonstrated commendable efforts in providing basic services to them, but it remains difficult for refugees to find safe and stable work opportunities. Not being able to work pushes Syrian refugees, like Jana*, into poverty and makes them even more vulnerable.

Jana has three children; two girls and one boy. “We had a good life in Syria with my two daughters and my son, I miss Syria and our home,” she said. The family lost their home during the war and were forced to flee to Turkey, so they could treat their injured son, Hadi*. In Syria, Hadi’s* arm was severely injured due to the fighting. Back then, he was taken to hospital to get a platinum arm implant, but the intervention was unsuccessful.

The family reached Turkey thinking that brighter days lay ahead. But Jana’s husband was not able to work, and the family had to rely on their only son to put food on the table. Hadi’s salary was barely enough for them to survive, and things took a turn for the worse when he was taken into legal custody for eight months for working illegally. The family did not have any identification documents, couldn’t speak the language and were not able to get the help they needed.

One day, Jana heard about an organisation that provides services to refugees from a woman she met at the grocery store. World Vision’s partner, The Research Centre on Asylum and Migration (IGAM), assisted Jana from the day she first visited them and told her story. A legal advisor from IGAM supported her family by hiring a lawyer, who helped Hadi get out of custody. The family was also given guidance on how to apply for assistance, which meant being able to get personal and household items that would help them live a decent life. Jana said: "IGAM stood by us and provided us with the legal support that we needed so direly. I am also very glad that my daughters and I have received psychological support.” Finally, Jana and her family were able to obtain IDs and stay in Turkey. IGAM provided transportation and translation services during Hadi’s treatment, which has helped him recover.

With generous funding from the European Union, World Vision has provided over 10,000 refugees living in Turkey with legal and protection services to help them adjust to their new life. The services, which were implemented by two local civil society organisations, the International Blue Crescent Relief and Development Foundation (IBC) and the Research Centre on Asylum and Migration (IGAM), include information on access to services, legal counselling, psychosocial support, helping refugees overcome language barriers, on-site support with local authorities and referring them to other organisations, as needed.

* Names have been changed to protect identities. 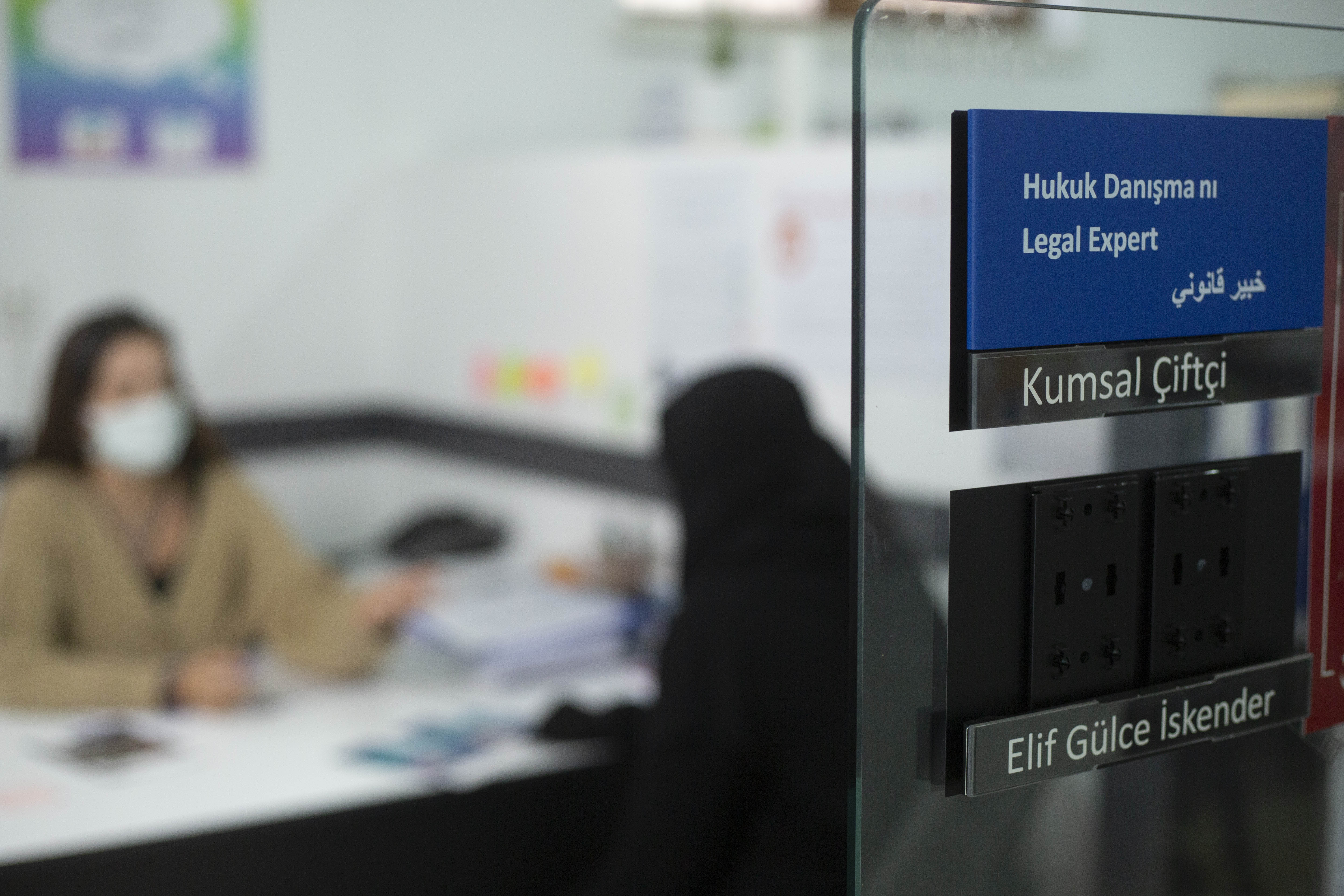