In rural areas across Tanzania, it is common for pregnant women and girls to skip visiting health facilities when they are pregnant. For them, this is not a big deal. Sadly, this has escalated maternal and newborn deaths from across villages countrywide.

However, Dodoma region tells a different story. Here, the majority of pregnant women in rural areas are now attending usual clinics, reducing to a greater extent the rate of maternal and newborn deaths, thanks to an ambitious project currently being undertaken by World Vision.

Dubbed ‘The Access - Infant and Maternal Health (AIM Health) programme, the five-year project is an initiative of World Vision’s Ireland Office, with funding support from Irish Aid. Currently being implemented in Bahi, Chemba and Kondoa Districts, the project comes as a blessing in disguise as initially, the number of home deliveries was high; risking maternal health to many women in rural areas, as well as triggering an increase in newborn deaths, according to medical officials in the districts. 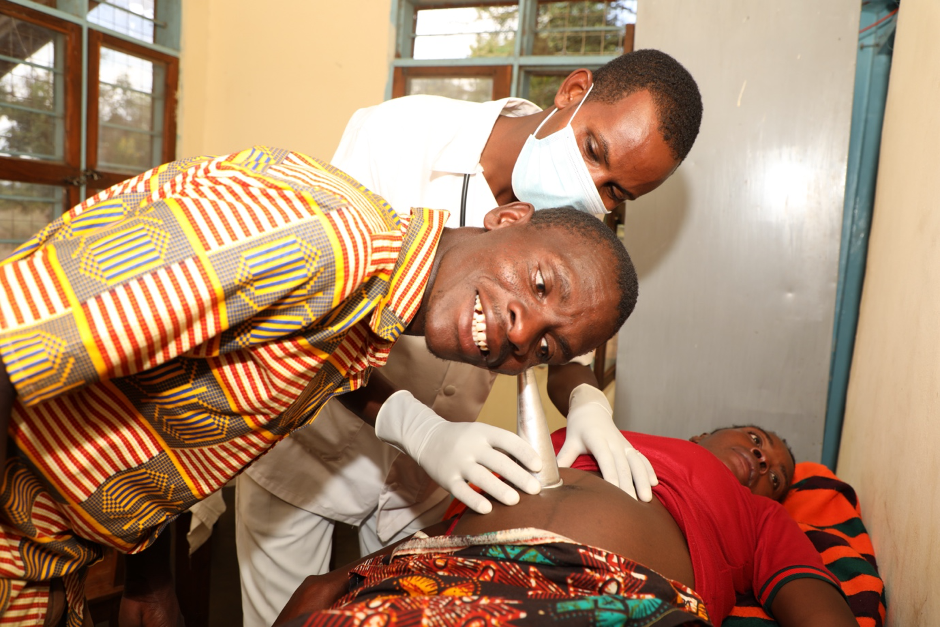 We conducted a spot check at different dispensaries and health centres in the two districts and found out the rate of pregnant women flocking health facilities for maternal health had almost doubled compared to when the AIM Health Project was yet to be rolled out in those districts, according to statistics availed by District Medical Officers.

In Bahi district for example, 25-year old Zainab Makasi (popularly known as Mama Aisha) said during an interview that she initially never thought of going to health facilities as she was quite sure that she would deliver safely as it had always been in her community. “But after the massive awareness campaigns on the importance of attending clinics, many women are now attending health centres to get advice from professional medical practitioners so that by the time they go to deliver, they do not incur any complications”, said the mother of two daughters.

Mama Aisha added that even after delivering, many women were now taking their children to dispensaries and health centres to determine their weight and health status in general, among other things. “We want to express our sincere gratitude to World Vision for their kind support in provision of awareness campaigns and now more women are aware of the importance of attending clinics and of course they have so far been doing so”, she remarked.

Zainab’s story is no different from that of Joyce Mazengo from Zanka village in Bahi District, who revealed that she was among the women who incurred complications when she delivered her first-born child, to an extent that she almost lost her life. “In our community before getting training sessions from World Vision, we used to deliver at home through traditional midwives, I remember I nearly died when I was delivering my son Andrew because initially I had no idea of what it meant to go to health facilities”, she narrated. The 38-year old mother of six children noted that with massive campaigns by World Vision, many women are now opting for dispensaries and health centres as opposed to midwives, adding that even the number of maternal deaths had dropped significantly.

Various studies show that the reasons for delivering at home include: abrupt occurrence of labour pain, long distances to health facilities, lack of money to pay for transport and unfriendly experiences with health care providers, mothers’ education level, number of children, and lack of occupation. Researchers in the health sector therefore suggest that there is a need for health care providers to enhance health education to women and their spouses about birth preparedness and the importance of delivering at health facilities. There is also a need for the Government to increase the number of health facilities including maternity waiting homes and well-trained health workers in both rural and urban areas.

Recently, Tanzania secured concessional financial assistance from the International Monetary Fund (IMF) of USD 567.25 billion (about 1.3 trillion TZS) through Rapid Credit Facility (RCF) to implement several development projects to mitigate the impact of the COVID-19 pandemic with a lot of funding pumped to the the health and education sectors. According to the Permanent Secretary in the Ministry of Health, Community Development, Gender, Elderly and Children, Professor Abel Makubi,  his ministry had already rolled out projects in the health sector after receiving USD 466.78bn (about 34 percent of the 1.3 trillion).

Prior to the AIM Health Project, many women were delivering at home; something which was risking their lives and those of their newborn babies. It was against the backdrop of this problem that World Vision saw the importance of initiating a promising project. 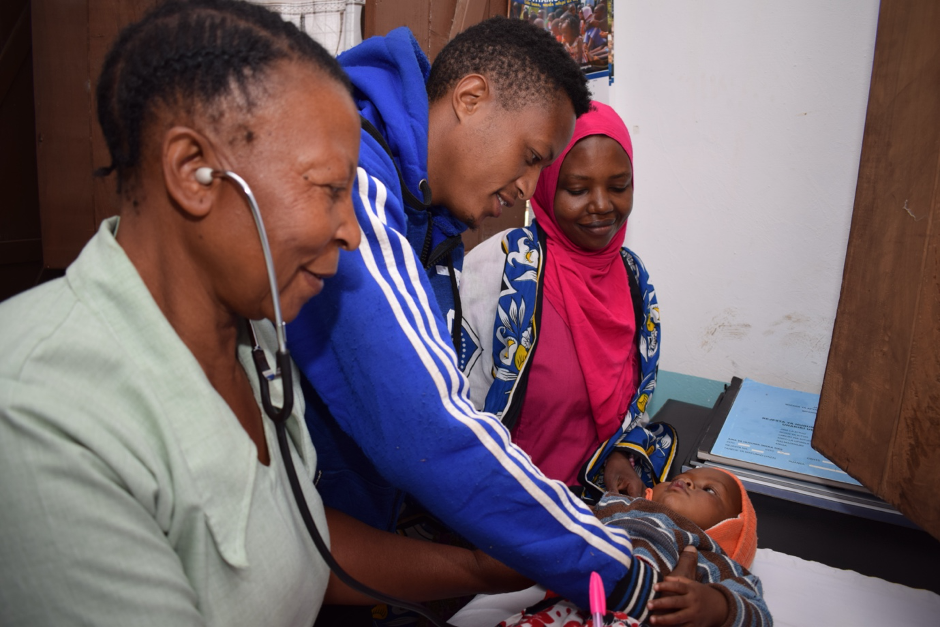 The initiative, according to the Project Coordinator Joseph Kilimba, represents World Vision's continued collaboration with other partners to support the Government's broader plan towards significant reduction of maternal, under-five and infant mortalities by 2035.

“World Vision devoted to even donating equipment at different health facilities in order to create a conducive environment that would attract more pregnant women to visit them comfortably and because of the services available the project has so far succeeded by 100 percent!”, says Mr Kilimba. He further notes that at the beginning of the project, the situation was not good as there was poor attendance at different health facilities where the project was being implemented. However, he says, after massive awareness campaigns the number of pregnant women started increasing.

“World Vision will remain focused on seeing that upon completion of the project, all pregnant women and girls should be aware of the importance of attending clinics in order to receive health services at he community level”, he says. According to him, the most important thing is to make sure that all women get to be aware of the project so that they are ready, including educating their partners on the importance of frequent health check-ups as well as monitoring the health of their new born babies.

Immediately after kicking-off of the project, Mr Kilimba adds that the focal team of World Vision is providing training to health workers at village level, so that they can replicate similar skills to pregnant women on the importance of attending clinics for an entire period during pregnancy, as well as train them on how they should treat their babies.

According to AIM Health Project Manager, Mr Daud Gambo, the assessment indicates that the turnout of pregnant women in rural areas has increased significantly, and that this is why the organisation has intensified efforts to help more women and girls as well as newborn babies. “World Vision is here because of helping the community in several issues. That is why in many of our projects we have been focusing on rural areas”, he says.

The target, he notes, is seeing that the five-year project is benefiting more women by ensuring that pregnant women are attending clinics to reduce maternal and newborn deaths. An assessment by the organisation has witnessed transformation taking place in communities as citizens, Government leaders and officials at all levels and the community at large take maternal and child health as a concern and take action to address it. “Therefore, World Vision is impressed by findings of  the evaluation notably on improved nutrition among children, clinic attendance and safe deliveries”, says Mr Gambo.

The project is also focusing on improving nutrition amongst children, and according to Dodoma Region Food and Nutritional Officer, Stella Kimambo, all health facilities in Dodoma have been insisting on best nutrition for children in order to avert malnutrition. She says that in collaboration with different stakeholders, health officials are ensuring that the advice on nutrition is being provided on a daily basis. “Our target is to see that all children in different communities from across the region are having food and nutrition security so that they can realise their dreams after completing their education”, says Ms Kimambo. She further notes that medical professionals have a lot to do to intensify massive campaigns on nutrition as well as convincing more pregnant women to attend clinics.

According to AIM Health Programme Coordinator, World Vision has equally been advising residents in areas where the project is being implemented to cultivate vegetables and other agricultural goods so as to ensure food and nutrition security. “This project is also aimed at intensifying the fight against malnutrition so as to have healthy babies and children as well as healthy pregnant mothers in order to reduce malnutrition and stunting rates in the country", concludes Kilimba.