Fifteen-year-old Sauda Josephine (not real name) was impregnated by a resident of Block 10 in Zone 1 of Bidibidi refugee settlement in January. She had earlier dropped out of school in 2016. She was in primary three at the time. Pregnancy is new for her, and she barely has any support. The man responsible for the pregnancy abandoned her and went back to South Sudan. “No one is helping me.  My father died when we were still in South Sudan. I live with my mother,” Sauda says.

She feels a lot of pain and her pregnancy is at the stage where it makes it hard for her to move around easily.

“I started feeling pain when I became pregnant. My mother is the only person I can turn to for food because she registered me as part of her family. I, however, do not have appetite for the beans and posho she prepares,” she says. Sauda would like to eat greens and silverfish but does not have any source of income to buy them.

“I usually take tea without sugar when I have no appetite for the beans,” Sauda says.

World Food Programme provides beans, maize flour, cooking oil and salt for refugees like Sauda’s mother. The portion depends on the size of the family. Some refugees reportedly sell part of their food rations to supplement their diet.

“I was not prepared to get pregnant. I do not know how I will manage this responsibility. Being the third born out of six children, I feel helpless because my older siblings do not support me,” she says.

During a recent antenatal visit at Bidibidi Health Centre III, Sauda tested positive for malaria and was given anti-malarial drugs and painkillers. Without the support she has received from World Vision, she would have been worse off, Sauda says.

Sauda is not alone. There are many other teenage mothers in refugee settlements. Development partners in refugee settlements are grappling with increasing cases of defilement and teenage pregnancies following lockdown due to the COVID-19 pandemic. At Bidibidi Refugee Settlement, which is home to about 232,722 South Sudanese refugees, only a few cases are reported while the majority slip by unnoticed.

The presidential directive to lock down the country to prevent the spread of the coronavirus, whilst helpful for cubing the spread of the disease, has impacted negatively on young girls. A lot of them have become victims of defilement and teenage pregnancy. Refugee families are many times idle, which predisposes them to sexual activity.

World Vision, one of the development partners in Bidibidi Refugee Settlement has moved to restore and support teenage mothers and those who have suffered defilement. Sylvia says that teenage pregnancies are common but many parents conceal information from the Police and partners working in child protection and protection as a whole: “Most parents fear to open up on or report these cases. This ends up affecting the girl child negatively. Many times, they drop out of school, and some end up as single child mothers who head families."

Most of these child mothers, she adds, give birth to underweight babies whose growth is affected.

World Vision is offering psychosocial counselling, medical and material support, such as maternity clothes, soap, and other basic items a mother needs during pregnancy and after delivery.

Sylvia notes that in cases where a young girl has been defiled, she is put on prophylaxis treatment so that she does not contract HIV should the perpetrator be positive. World Vision works with other partners to ensure that affected children receive holistic support. World Vision also attaches all female survivors to female caseworkers to ensure that these cases are followed up by the authorities so that justice is served.

“Our interventions include reporting cases to the police and referring them to other partners such as the International Rescue Committee, especially those associated with sexual and gender-based violence (SGBV),” says Sylvia.

Joel Michael Nabugere, the Bidibidi settlement commandant, says that cases of child-to-child sex are also on the rise. He laments that because of the lockdown, they cannot conduct community dialogues to sensitise refugees freely: “Behaviour change takes time and this can be done through community dialogue. The prevailing culture also plays a big role in escalating the number of defilement cases and teenage pregnancies in the settlement."

He adds: "According to many South Sudanese cultural practices, it is a taboo for a girl to conceive while she is still living in her parents’ home. In the event that it happens, her parents marry her off to the defiler. A child who conceives at home is an abomination. A few weeks ago, a 15-year-old girl at Bidibidi settlement committed suicide after she was found with a man in the bush."

To ensure justice is served, the cases are reported to the police and once investigations are complete, court proceedings take over and justice prevails. The Child Protection Committees (CPCs) at the settlements also identify cases where children’s rights are violated and refer them for assessment, documentation and management. 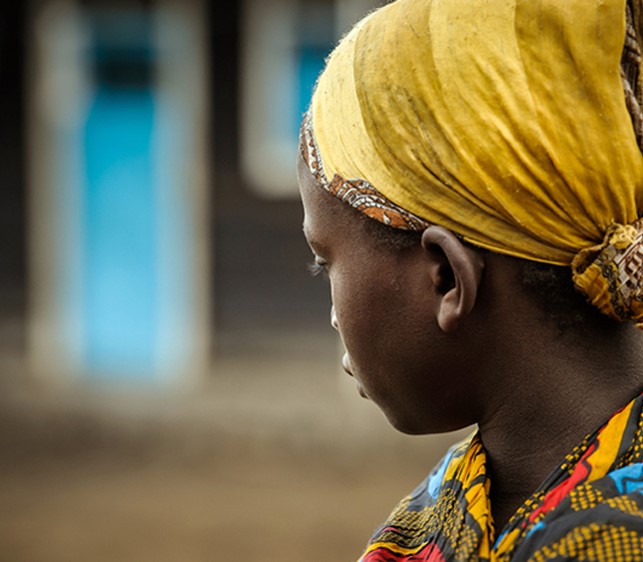 Fifteen-year-old Poni (not real name), now in P.4 in Bidibidi settlement, Zone 1, Village 5, fled from home on seeing her father, 67-year-old Michael, pick a stone to throw at her when she allegedly refused to fetch water.

“I did not refuse to fetch water. We only have two jerry cans at home. One had water and the other had already been picked by my elder sister. There were no jerry cans, but my father insisted that I should fetch water,” Poni says. She was rescued from Kochi sub-county on the way to Adjumani, where another one of her sisters lives.

The police handed her over to World Vision and with the support of the CPCs, she was reunited with her father after he received counselling on how to live at peace with his children. Poni says that if they had more jerry cans, she would fetch enough water because they use 80 liters of water daily. They trek about half a kilometer to fetch the water.

Poni’s is only one of several types of cases that the CPCs regularly handle. The success of their work is seen in the reconciliation that happens, like in the case of Poni and her father. Now a happy girl, Poni gladly supports her elder sister in fetching water, cooking food and digging their garden in which they've planted greens and maize.