Malnutrition threatens to destroy a generation of children in Uganda. More than a third of all young children – 2.2 million – are stunted (low height-for-age), according to the 2018 Demographic and Health Survey. The damage caused by stunting is irreversible. Half of children under five and one quarter of child-bearing-age women are anaemic. The problem persists despite a drop in stunting and anaemia rates in recent years.

Whether poor or wealthy, children are malnourished for similar reasons. Women tend to get pregnant when young and have low birth-weight babies, which predisposes children to malnutrition. Repeated childhood infections such as diarrhoea and low breastfeeding rates also lead to wasting and stunting. Families are either too poor, or do not know how to prepare and feed their children on locally-available nutritious foods.

Between 2013 and 2015, it is estimated that more than 500,000 young Ugandan children died. Of these deaths, nearly half (four in 10 children under the age of five) were associated with undernutrition.

The combined effects of malnutrition on healthcare costs and education — due to grade repetition and reduction in productivity — traps families in a vicious cycle of poverty. 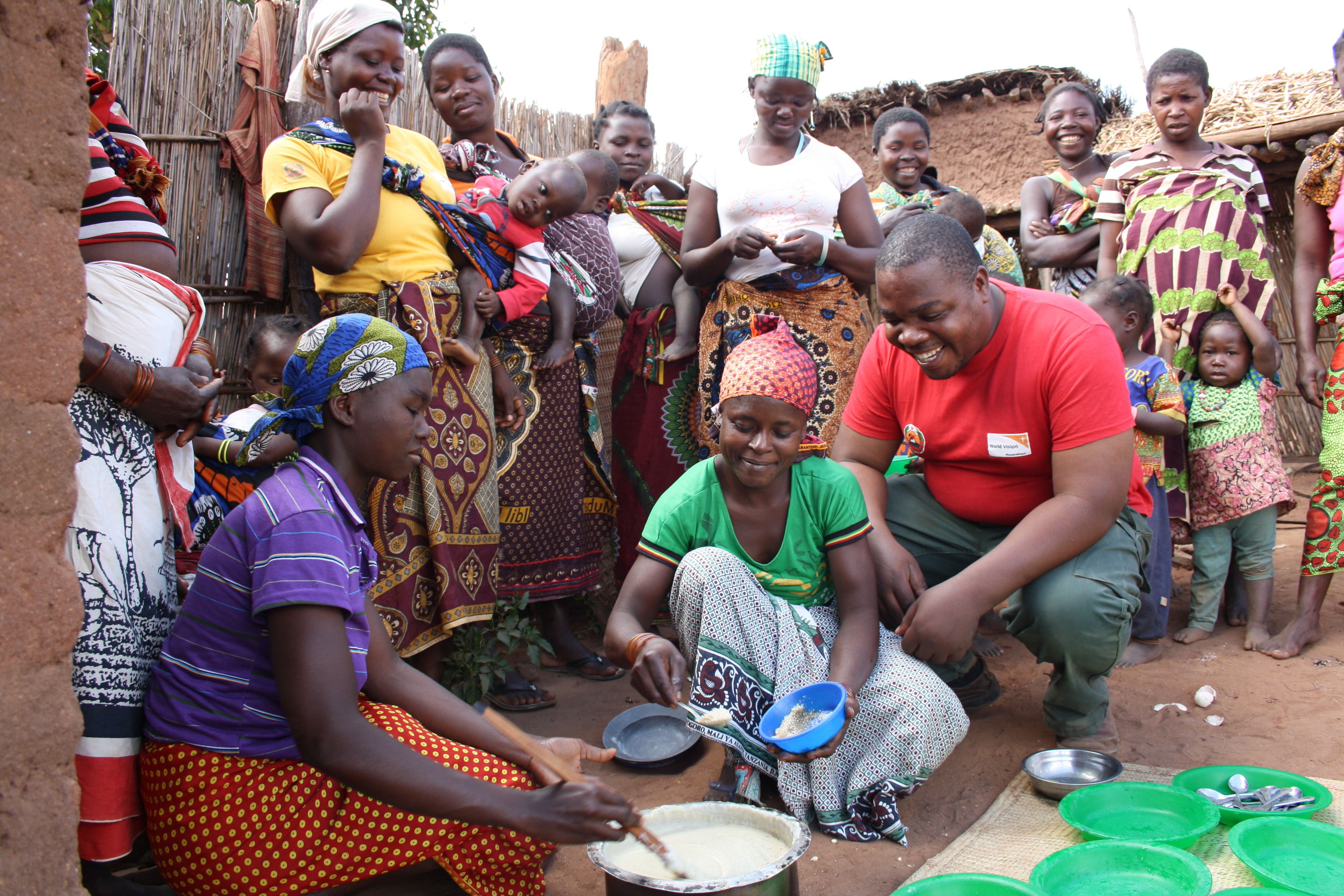 Malnutrition in childhood and pregnancy has many adverse consequences for child survival and long-term wellbeing. It also has far-reaching consequences for human capital, economic productivity and national development.

In PD Hearth, mothers come together to learn to cook healthy meals using local foods they can easily find. All the mothers bring the different foodstuffs for 12 days, cook together and feed their children. They then weigh them. After 12 days, a minimum period when children start to show changes in their growth, most children are healthier and the mothers leave, knowing how to feed them properly with food they do not have to buy. Children are also dewormed and tested for malaria. 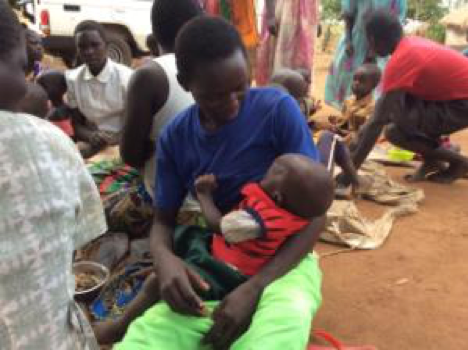 Gabriel’s mother died a few days after she delivered him. Gabriel was so small that everyone was afraid to care for him. No one wanted to be responsible, lest he should die. Gabriel’s grandmother, 69-year-old Margaret took him on.

When World Vision launched the PD Hearth programme in Margaret’s village, her family was going through a difficult period. They had nothing to feed him but improvise with maize porridge. Her crops did not produce well, so the family did not have enough food to sustain them until the next harvest: “I didn’t harvest anything,” she says of her millet and bean crops. “We didn’t have enough rain.”

By the time Gabriel was three years old, he weighed only 7kg, compared to the average of 14.2kg for his age. His height was 40cm contrary to 94cm. “He gained no weight,” Margaret says. “The hospital tried blood transfusions, but nothing seemed to work.”

A short while after, a community health worker, Willie Okori, stepped in to help.

In Uganda, every village has at least two community health workers commonly known as VHTs. Where World Vision works, these workers are given mobile phones with an app to capture and track the vital statistics of children and their mothers. They also receive bicycles for easy movement, rain gear and even medicine to treat malaria, pneumonia and diarrhoea — Uganda’s top three killer diseases.

Willie had been trained by World Vision in PD Hearth. After the 12-day programme, Gabriel weighed 14.8kg. 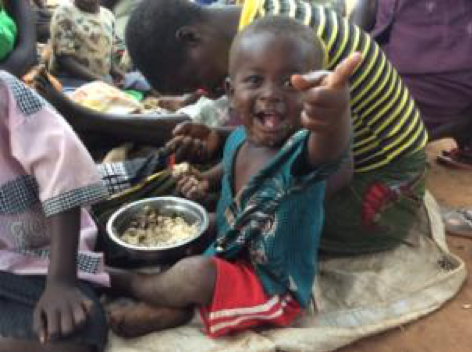 Today, Gabriel runs, plays and smiles like a normal child. He is among over 200 children thriving, courtesy of World Vision’s health programme.

“I know how to cook every meal in order to keep my grandchildren from malnutrition,” says Margaret of her experience with the programme. “Before, I did not distinguish between anything. I would cook whatever I found.”

After participating in the PD Hearth program, Margaret quickly changed her perspective. “I accepted it without hesitation,” she says of the suggestion to increase the frequency of Gabriel’s meals, which would help meet the three-year-old’s greater energy and nutrient requirements.

While the women learn good nutritional patterns that can be applied to any community, the 12-day sessions also address poor practices that are specific to each village. Margaret learned how to mix the right foods to prepare nutritious meals in a hygienic environment. When she also applied these techniques to her other grandchildren, Margaret says, “they started to recover.” Although they were not as malnourished as their younger brother, the children had not been eating properly and needed to improve their diets.

The causes of malnutrition are complex and must be addressed in a holistic and coordinated manner. World Vision advocates locally and with the Government of Uganda, to improve infant and child feeding care and practice, and to increase funding for nutrition. The organisation is also supplementing nutrition-specific activities and policies through bi-annual Child Health Days to support children in Uganda to reach their full potential.