Uganda hosts more than 1.3 million refugees, the majority of whom are from South Sudan, settled in the West Nile region. Alongside refugees, live host communities who have welcomed refugees with open hands and, as a result, agreed to share the land, roads, schools and other resources of the region. Given that many refugees are likely to remain in Uganda for the long-term, the future prospects of both refugee and host communities are very much inter-dependent. As a result, there is a need to ensure resilience, sustainability and peaceful coexistence for these two communities.

In Uganda, World Vision has launched the Mission to Increase Capacity and Hope Programme (MICAH) which is an innovative programming approach aimed at enhancing resilience and social cohesion amongst vulnerable refugee and host communities. MICAH is a long-term, community development program.

“We are excited to have the MICAH launch," said Jennifer Neelsen, the World Vision Refugee Response Director in Uganda. "It is a very rich programme that perfectly fits into the government’s Refugee and Host Population Empowerment framework (REHOPE) that emphasizes a 70/30 approach in refugee-host community benefit ratios. MICAH is also a milestone towards the Humanitarian Nexus, which is the goal of every humanitarian programme in the world.”

The programme is being implemented in the Omugo Sub-county of Arua district, which is an extension of Rhino refugee settlement in the West Nile sub-region of northern Uganda. The program targets 50,000 people, both refugees and host community members for three years. MICAH programme is funded by Austrian Development Agency (ADA), Government of Finland and World Vision private donors in the USA, Hong Kong, Korea and New Zealand, with an estimated budget of $8 million (USD). The programme specifically looks at promoting protection, social cohesion and improving livelihoods among refugees and the host communities living in Omugo Sub County.

Through this programme, World Vision is also set to improve education and early childhood development among refugee and host community children. This will provide a safe and exciting environment for children to play learn and have most of their psychosocial needs addressed.

“The common issues in the communities we work in are [focused on] protection, social cohesion and livelihoods. A lot of families do not earn any income at all and this is a big challenge since they cannot provide for the basic needs of their families, including health, education and food. If these challenges are not attended to right now, they will impact this community for a long time,” said Mary Njeri, the MICAH Programme Manager. 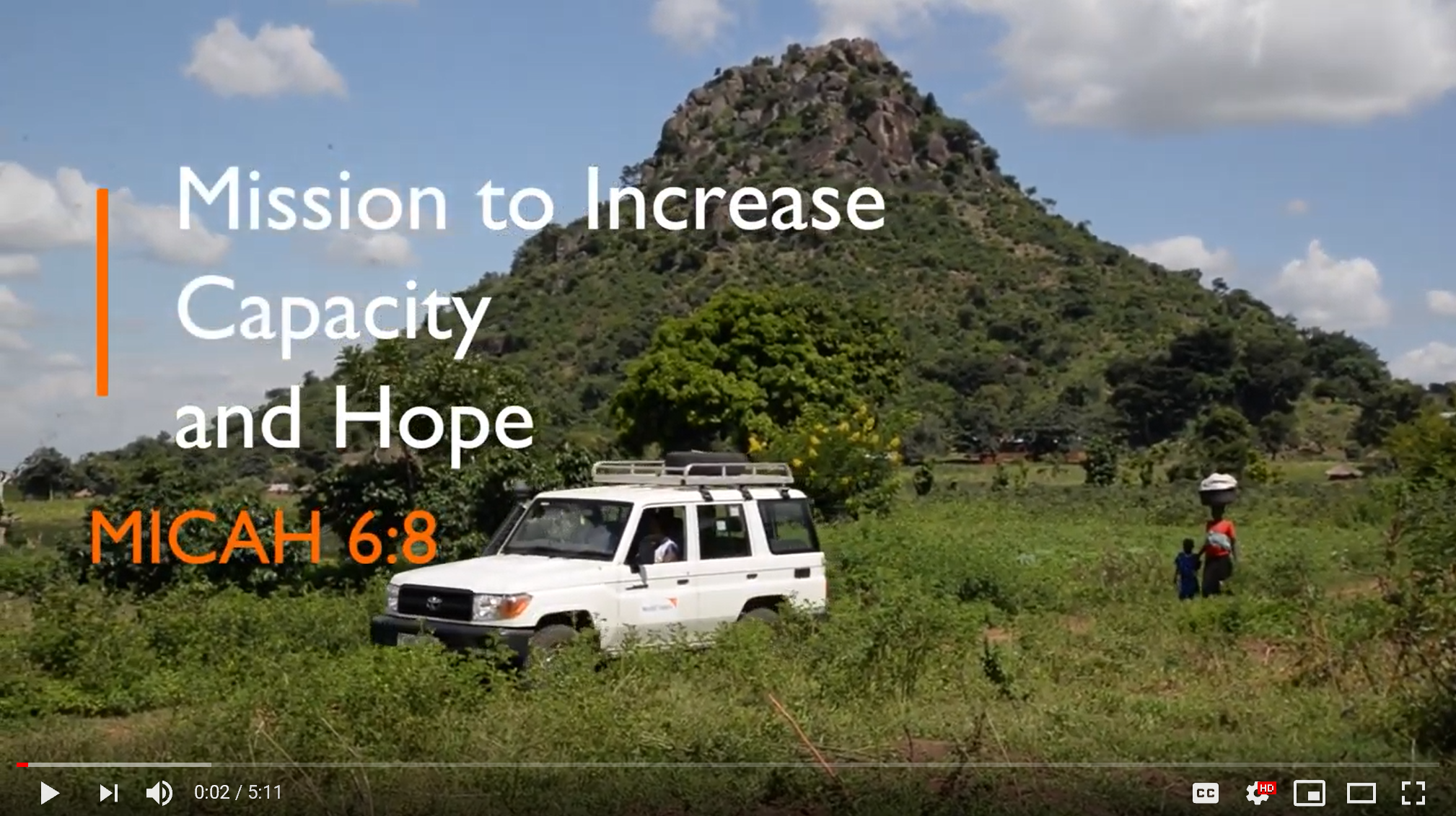 MICAH brings together a number of livelihood projects that have been running since 2017 under one umbrella programme for effective implementation. More than 2,500 households have already benefited from the Animal Gift Catalogue. These received goats, chicken and various trainings on livestock management and savings. Various groups from the host communities have also received training and farm inputs, including cassava cuttings which have been used to provide food and income.

“We did not come with anything," says Juma David, a refugee welfare leader in Omugo. "We had lost all hope, but when we came, World Vision was the first to intervene. They gave us chickens and goats. This has greatly improved our lives. I can now have a change of diet since we get eggs and milk. We have also sold some of these animals to raise income for school fees and other basic needs,” he added.

The programme is to be implemented in coordination with the local government to achieve the intended goal and impact. It was officially launched on Wednesday, August 21, 2019, by the Resident District Commissioner (RDC) Arua district, Mr Nahori Oya, who reechoed the government’s commitment to ensure the success of the projects.

“The government of Uganda is fully committed to this programme and we welcome it with open hands. We appreciate all the partners behind this, especially World Vision for taking the lead. Through building peace and resilience, let us also promote environmental conservation. We need programmes like these to also expand and include the question of preserving our natural and environmental species,” he said.

Watch a video about the MICAH programme.