“Social norms and practices are confused by society," said Charles Peter Mayiga, prime minister of the Buganda Kingdom. "The Buganda kingdom does not support child marriage or sacrifice... [This] partnership serves the kingdom an opportunity to create awareness and eliminate the bad practices that violate the rights of children,” he added. 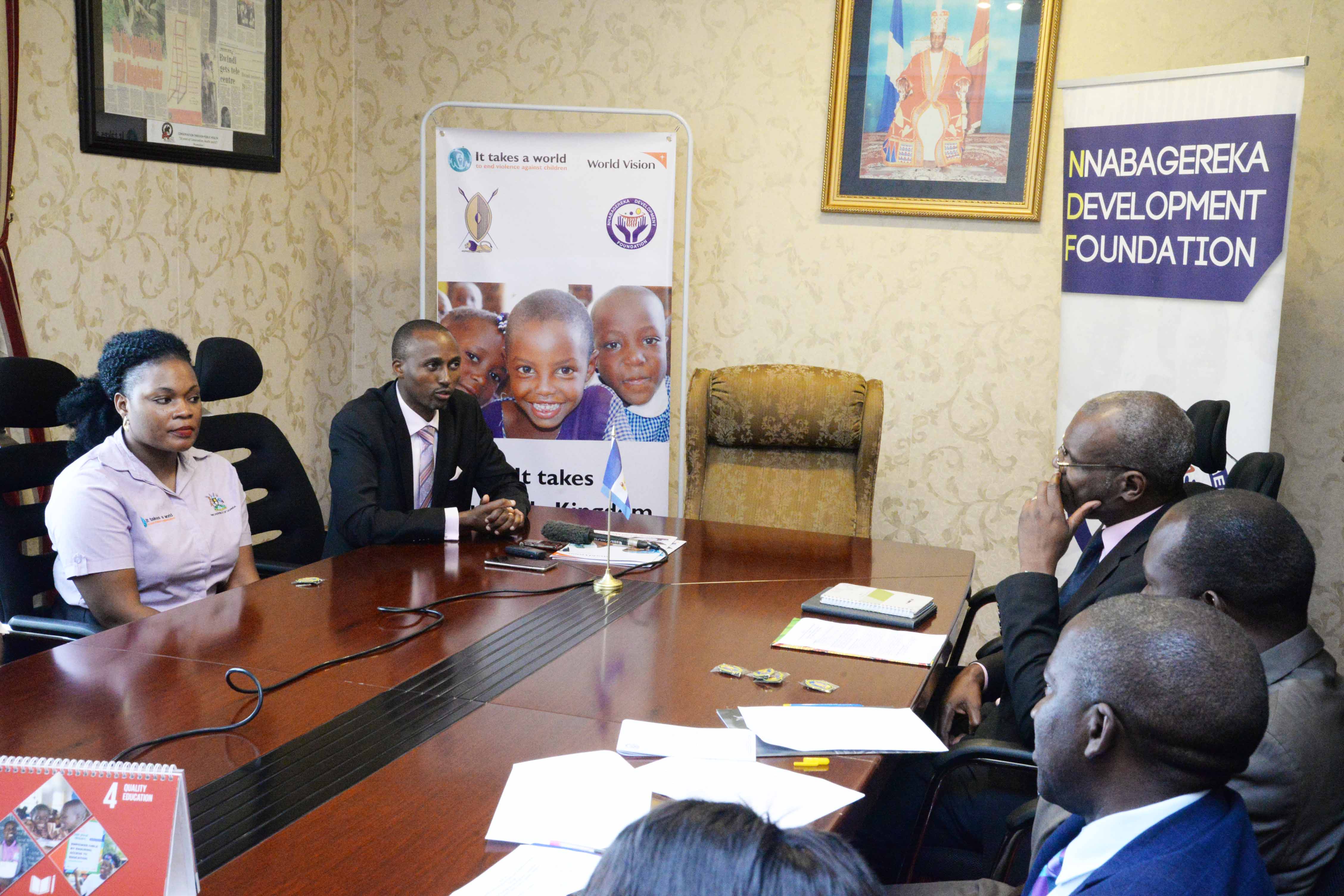 Globally, Violence Against Children (VAC) remains culturally unchallenged. Some harmful practices are perpetrated without the intention of violence but are nonetheless violent in nature.

World Vision in Uganda has signed a memorandum of understanding (MOU) with Buganda Kingdom to work together to end violence against children. The memorandum of understanding will be implemented through the Nnabagereka Development Foundation. This is a charitable organization founded by Her Royal Highness Sylvia Nagginda, the Nnabegereka (Queen of the Kingdom of Buganda) and it is part of the Buganda Kingdom structure, which amplifies the Kingdom’s reach and impact on a local, national, regional and international levels.

The partnership is targeting five districts in Buganda Kingdom specifically: Buikwe, Butambala, Kiboga, Rakai, Nakasongola and Kampala where World Vision operates. The focus will be ending child marriage, child sacrifice and violence against children in school.

During the interaction, her royal highness the Queen of Buganda, noted that the Foundation applies a mix of traditional and contemporary values and uses them as a solution to address development challenges. This partnership with the Kingdom will leverage its culture to improve the quality of life of children, youth and women.

World Vision views the partnership with Buganda Kingdom as one that will help reverse child marriages, violence against children in school and child sacrifice.