It all started in 2013 during a family visit to Lira district, northern Uganda.

Ridley Bell, the proprietor of Mountain Blue Farms in Australia, (a leading blue berry whole sale supplier) had travelled with his family to visit some of World Vision Uganda’s projects in the Northern region. In company of the then World Vision Australia CEO Tim Costello, Ridley expressed interest in partnering with World Vision to foster transformation in the region. 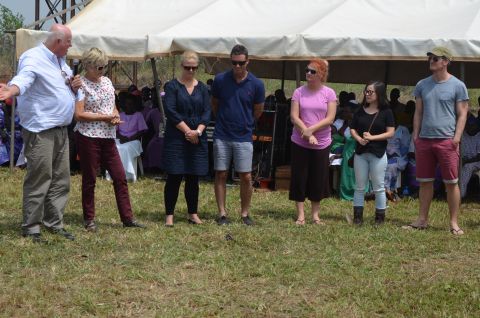 The team would visit a local Health Centre in Opeta sub county, Kole district and see the dire need for systems strengthening. Connie Apio, the in-charge at the then dilapidated facility took Ridley around and used the opportunity to lobby for support. Just like many Health Centers in rural Uganda, Opeta was a poorly equipped, equally empty hospital. Connie and her team of two health assistants were conducting deliveries for mothers on two wooden benches. That was all their make-shift maternity ward could offer.

“Because I couldn’t do anything about the equipment like delivery beds and mattresses, I had to improvise. There were two long benches at the hospital, and these were to act as a delivery bed. I would put them together so they could have a surface area like that of a delivery bed,” Connie Apio says.

This shocking experience moved Ridley Bell. Never in his entire life had he encountered such amount of need. He would immediately commit to supporting the improvement of healthcare services at the facility. And his support would come through World Vision.

The first phase of the project was to upgrade the Health Centre from grade two to grade 3. But this would call for construction of a well needed maternity ward, an outside patient admission ward, supplying medical equipment, water supply, hiring medical staff and constructing staff houses. Ridley, through his Mountain Blue Farms Company committed to do it all in just one year, through World Vision. That was in January 2014 and by January 2015, Ridley was back again at the facility to witness how his efforts had transformed the hospital. Opeta had been completely transformed. 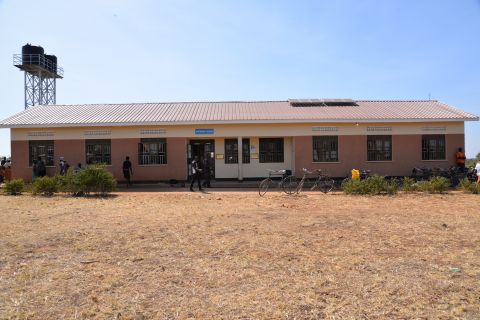 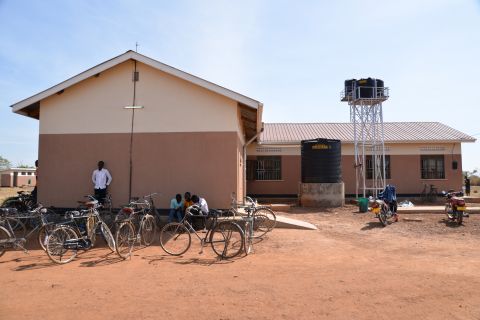 The passion and dedication of the Mountain Blue Farms Team to this part of Uganda was so apparent as they stepped out of the vehicles to attend the opening of the new Maternity ward at the Health Centre. Emotions ran high, as they embraced community members and leaders who they had met the year before. In 2014 they promised to support the area and return – and in 2015 they did. Trust between the community, Mountain Blue Farms and World Vision had grown and delivered a profound impact in that area 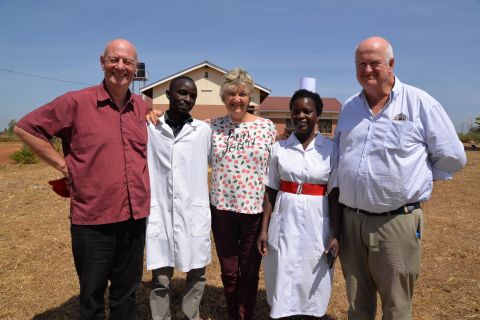 Today, the revitalized Health Centre and Maternity ward houses 23 beds with wash rooms. There is a pediatric ward, a general ward, medical staff quarters, and a play area for children, new toilets, solar-powered running water and electricity – all thanks to the support of Mountain Blue Farms. Because the facility had been elevated, it needed more than just 3 health workers but the district could not afford it. 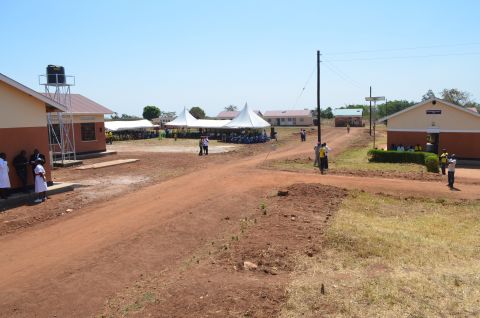 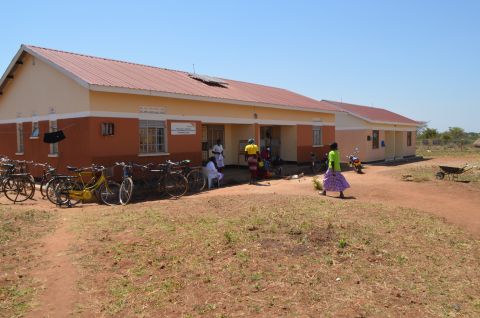 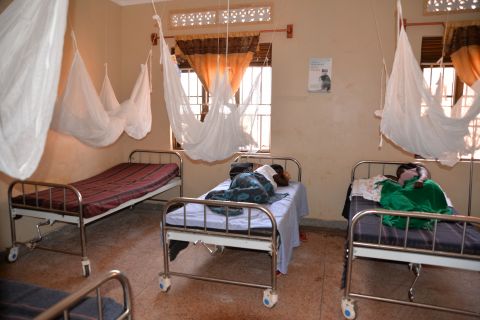 The upgraded Health Centre today serves more than 30,000 people in the surrounding area, and the biggest impact has been seen through the increase in safe and healthy deliveries at the maternity ward. Deliveries with the aid of a skilled health worker increased from 215 in 2015 to 580 in 2016. 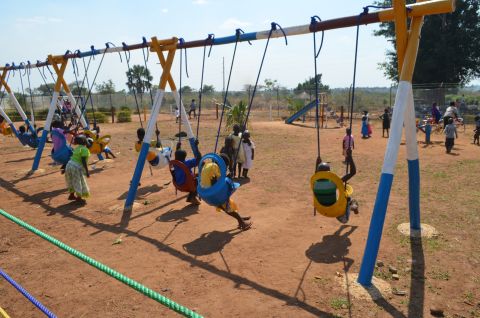 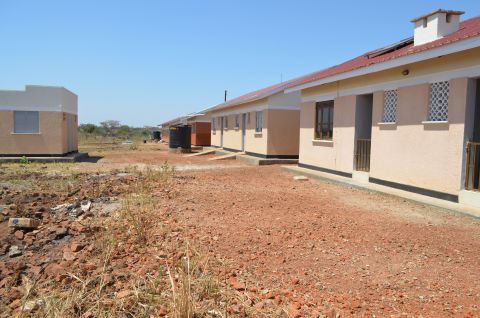 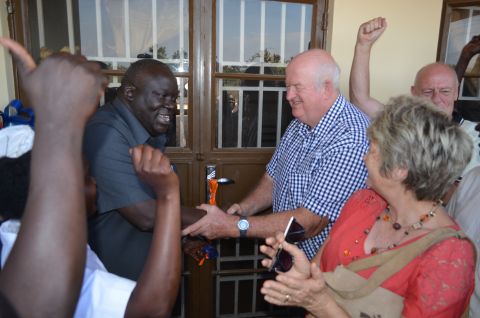 After completing work at Opeta Health Center, Ridley was yet again challenged by another poor community. This was the society surrounding Pacer Health Center two in Agago district. Unlike Opeta, Pacer was totally an empty shell, boasting of only three rooms; with one acting as a maternity ward, another as an examination room and the last one as a store. That was all the hospital had despite covering a catchment area of more than 25,000 people. 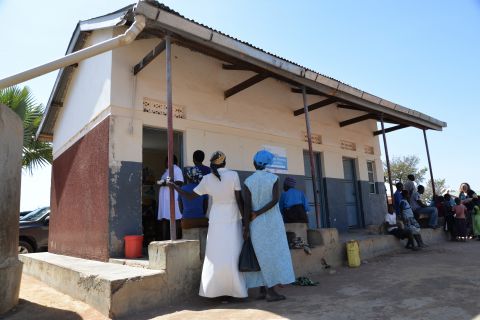 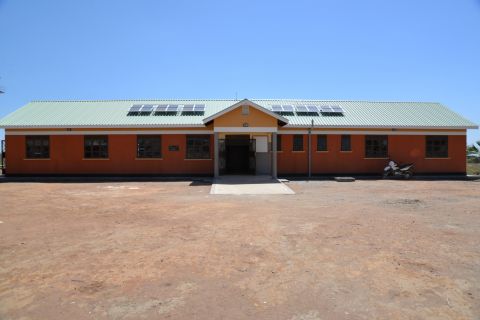 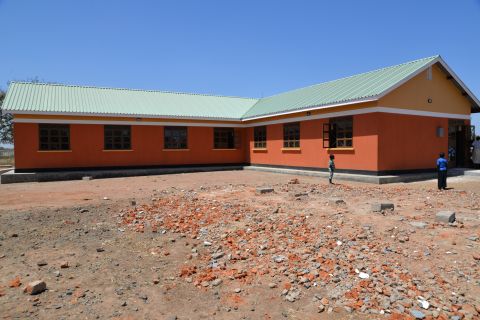 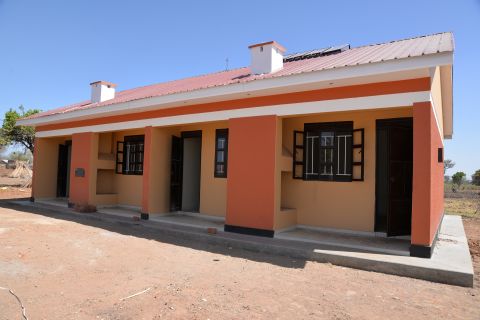 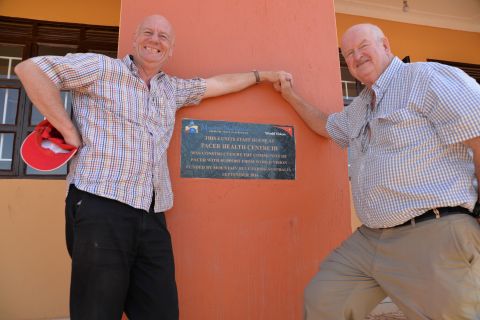 The recruitment process of 14 health workers for Pacer health center was also funded by Ridley. This because the planning process to recruit and enroll new staff into the government payroll normally takes long. 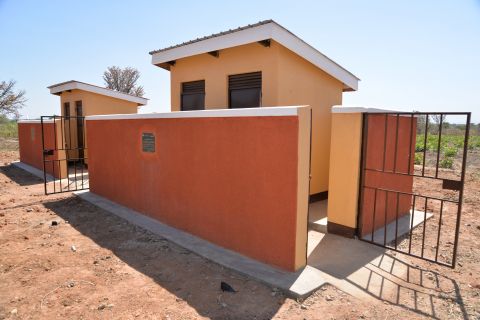 Construction of Pacer Water System for the Community and Health Center

Pacer Health Centre and the surrounding communities were also supported with a motorized water system that uses both solar and a generator to pump and supply clean drinking water to more than 10,000 people 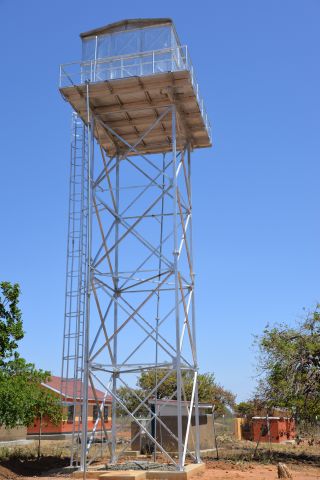 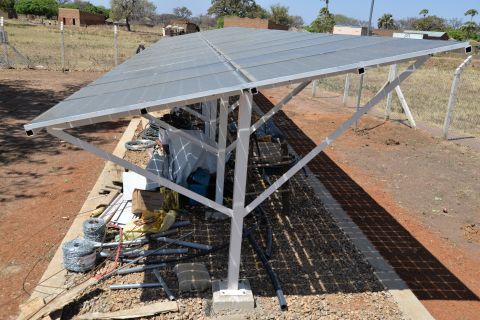 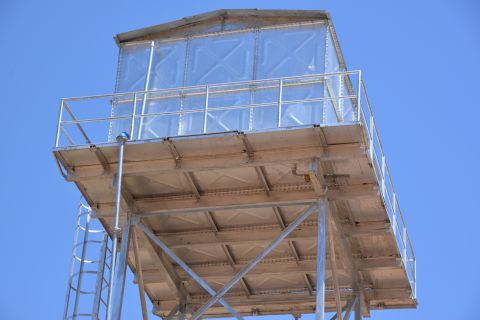 Ridley would also fund the construction of 5 stance drainable pit latrines for inpatient and outpatient usage at the Health center. A perimeter chain-linked fence around the Health Facility was also put in place. 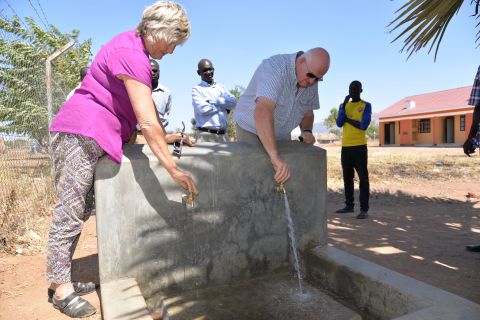 Support towards the Teacher’s Housing Project

Not only where the schools in poor conditions but they also lacked staff houses and this greatly affected pupils performance. In a bid to increase performance and retention of teachers at Opeta and Apedi Primary schools, Mountain Blue Farms offered to build two units of staff houses (one for each school), housing four teachers in total. 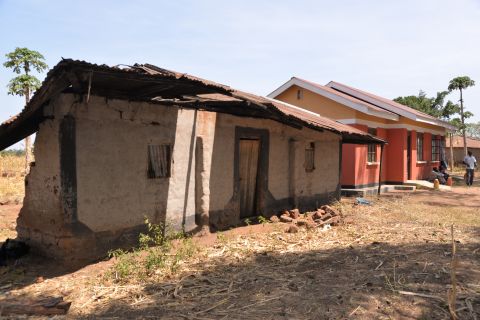 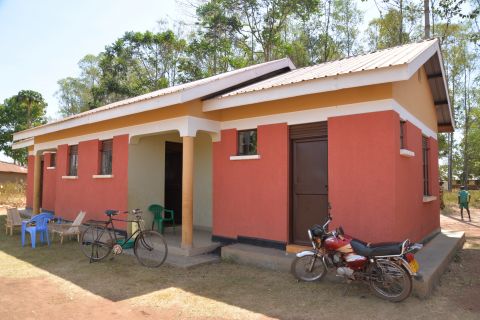 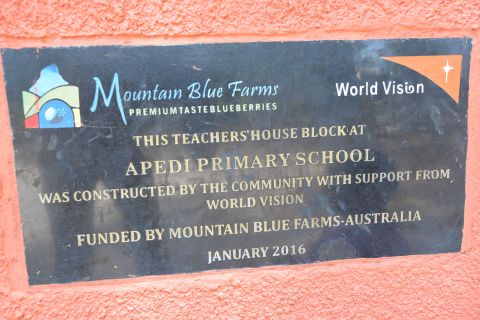 The teacher’s houses have not only improved performance of pupils in class but also increased enrollment of pupils from 1,123 in 2014 to 1,350 in 2015. Teachers begin and end classes on time and some times they are able to offer weekend remedial classes to especially candidate students. World Vision has also constructed 5 new classrooms for each of the schools as part of its community development programs in the sub county.

As of January 2017, Ridley has invested more than USD$1.5m in strengthening education and health systems in northern Uganda. Ridley and his family have committed to continue supporting community transformation in Northern Uganda, at least for the next 10 years. He says nothing gives him joy like seeing people’s lives transformed by the little he can provide. 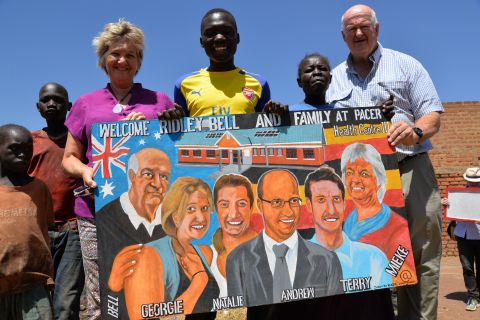 ‘’The Lord has been good to me. I’ve made some money in my businesses and as a family we feel we need to give back some of it to people that need it most.  This is what gives us joy. Seeing smiles on all these people, who at once had totally lost all hope'', says Ridley. 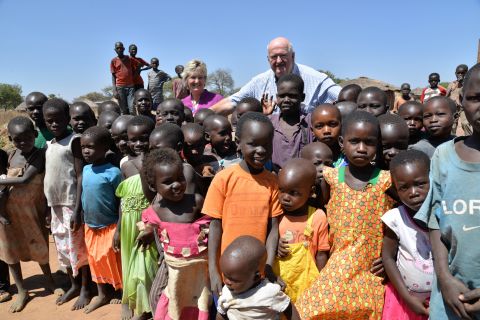 Ridley is also supporting an annual youth football tournament in Northern Uganda. The Destiny Sports academy gala, an annual soccer tournament brings together more than 70 youths football teams to compete annually. For the last 3 years the tournament has been receiving over 50% of its financial funding from Mountain Blue Farms through World Vision. The tournament has grown beyond the northern region and now attracts teams from Eastern, and Central Uganda. 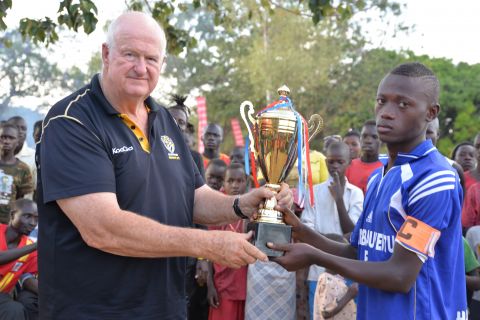