Zambia
No to child marriage

Together for a Zambia without child marriage

3 out of 10 girls are married off by the time they reach 18. Child marriage is a tragedy for the young people it affects, often the most vulnerable, poorest and marginalized girls.

Ending Child Marriage Starts With You! 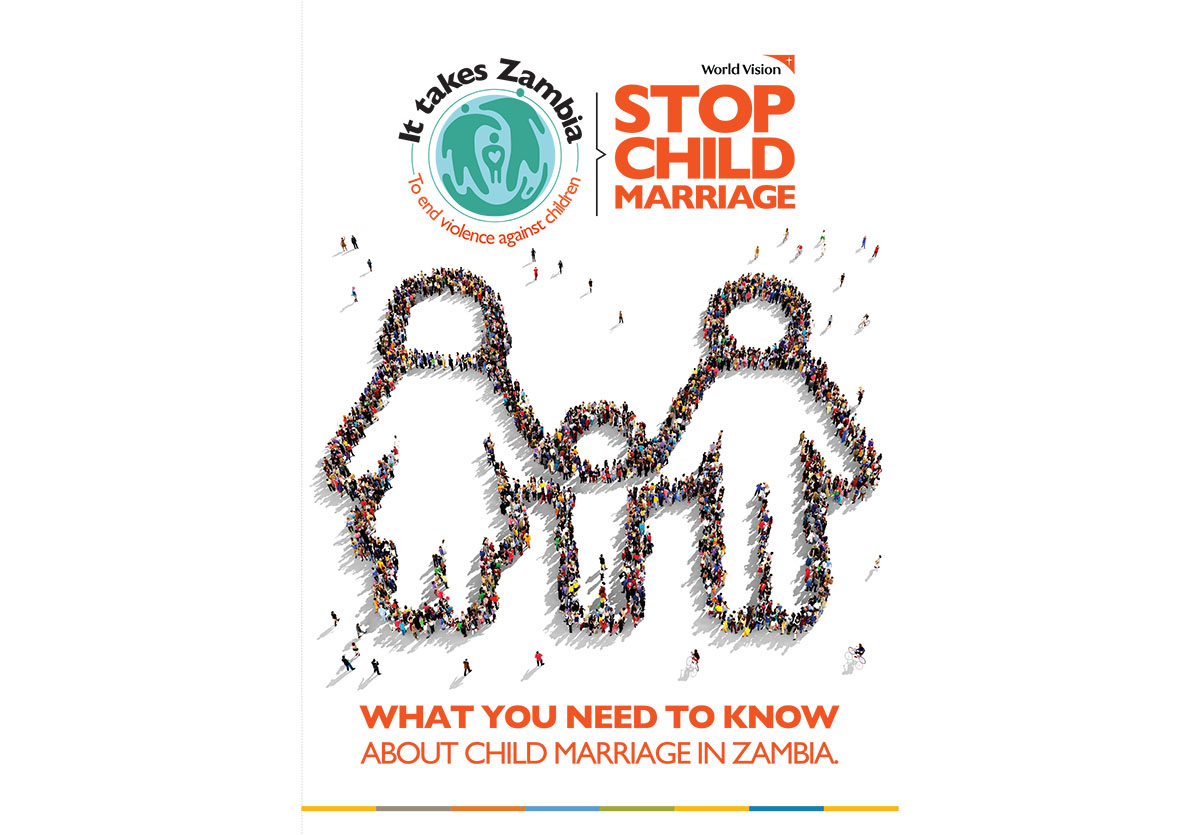 What you need to know
Learn More

It Takes a World to End Violence Against Children

In 2017, World Vision in Zambia contextualized the campaign by adopting the theme “ending child marriage” in line with the Government of the Republic of Zambia’s recognition of its negative effect on both the individuals and their communities, if left unchecked.

The effect of poverty on child marriage

Poverty is a significant driver of child marriage in Zambia as with parents perceiving marriage as an economic gain for the household and possible measure to support other children in school (UNICEF, 2015). The study further found that lack of access to employment, information, skills programme, and services including limited recreation facilities contribute to child marriage and early sexual debut.

Zambia has a dualistic system that encompasses the statutory and customary law; a setting that entails that marriage can take place under both authorities.

The Marriage Act stipulates that the legal age for marriage to be 18 although still allowing children over 16 to marry as long as both parties agree. Under the customary law, however, puberty (not age) is the main qualifier for marriage, especially in rural areas where little is known about the statutory law.

The prevalence of child labour is high in Zambia in all sorts of forms; from being given heavy workloads by parents, to children being sent to the streets and markets, working on farms and working as households helpers. Many families force children to work to help support their households, this often leads to children being left at home to look after siblings instead of being sent to school.

Photos from the frontlines

A civil leader takes a picture with children from Mumbwa Area Programme after the launch of the "Stop child marriage" campaign in the District.

Marching together to stop child marriage in Zambia

World Vision End Child Marriage Campaign coordinator in Zambia leads a march pass in Northern Province of Zambia during the provincial launch of the stop child marriage campaign in Kasama.

Children raise their voices against child marriage in Zambia

Children speaking during the launch of the end child marriage campaign

Read the inspiring and harrowing story of Tichoke who survived being married off at 14 years old and who is now working hard towards her dream of...

Here from young girls affected by sexual violence why it is imperative we protect the victim, not the perpetrator.

Do you know how the Convention on the Rights of the Child impacts children in your family/community? Learn more about the rights of children and their...

How much do you know about how child marriage affects and impacts children in Zambia?