In 2013 around 2,400 people in Papua New Guinea died from a preventable and curable disease called Tuberculosis.

Consistent support from family members, health facilities, and communities play a crucial role in the prevention and treatment of TB. However, due to weak capacity and major shortage of health staff, TB clinics and laboratories in the country are hardpressed with meeting even the minimum government standards of quality TB diagnosis and care. The crucial follow-on treatment is also weak due to the lack of TB treatment supporters providing directly observed treatment to TB patients.

With assistance from World Vision Papua New Guinea, and funding support from The Global Fund and World Vision Australia, the National Tuberculosis Program (NTP) is building the capacity of 28 of its least performing TB clinics located in nine of its highest TB-burden provinces in the country. These clinics contribute to more than half of the TB cases reported nationwide.

This integrated approach has gradually yielded gains for the TB program as evidenced by 29,000 cases reported in 2015, reduction of people dropping out of treatment due to weak follow-up from 20% in 2013 to 16% in 2015; and increase in the number of people completing their treatment from 68% in 2013 to 70% in 2015 not only in priority sites but nationwide. 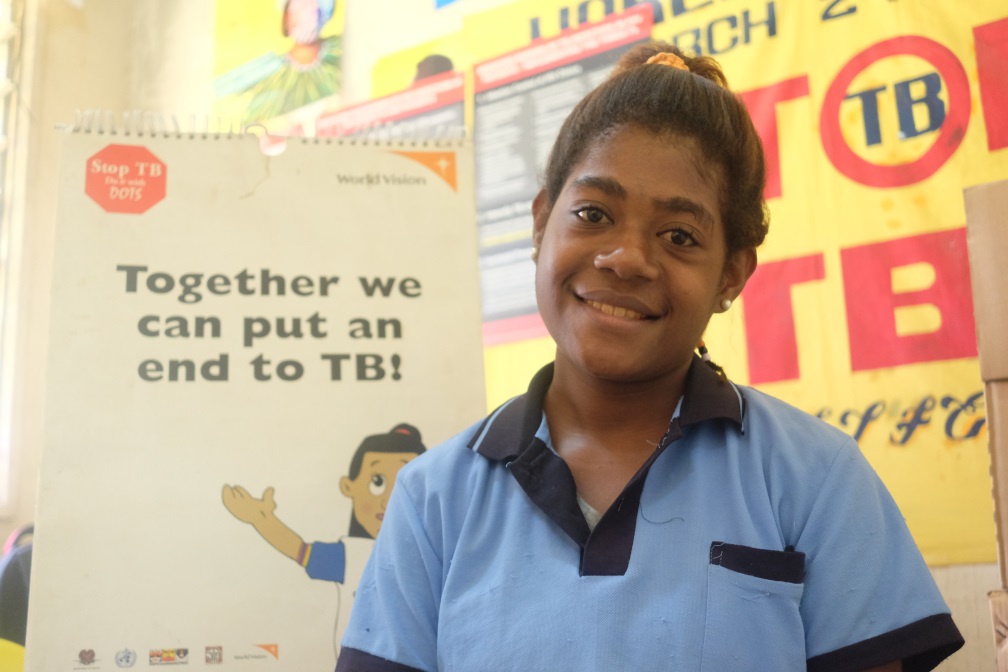 Madang Province – Jamilah, 15, received her daily TB treatment in one of the priority TB clinics supported by World Vision. Through consistent medication and care from the clinic staff, she defeated TB. “I want to be a nurse someday and help people,” she shared. “I really wanted to get well, so I came to the clinic everyday.” 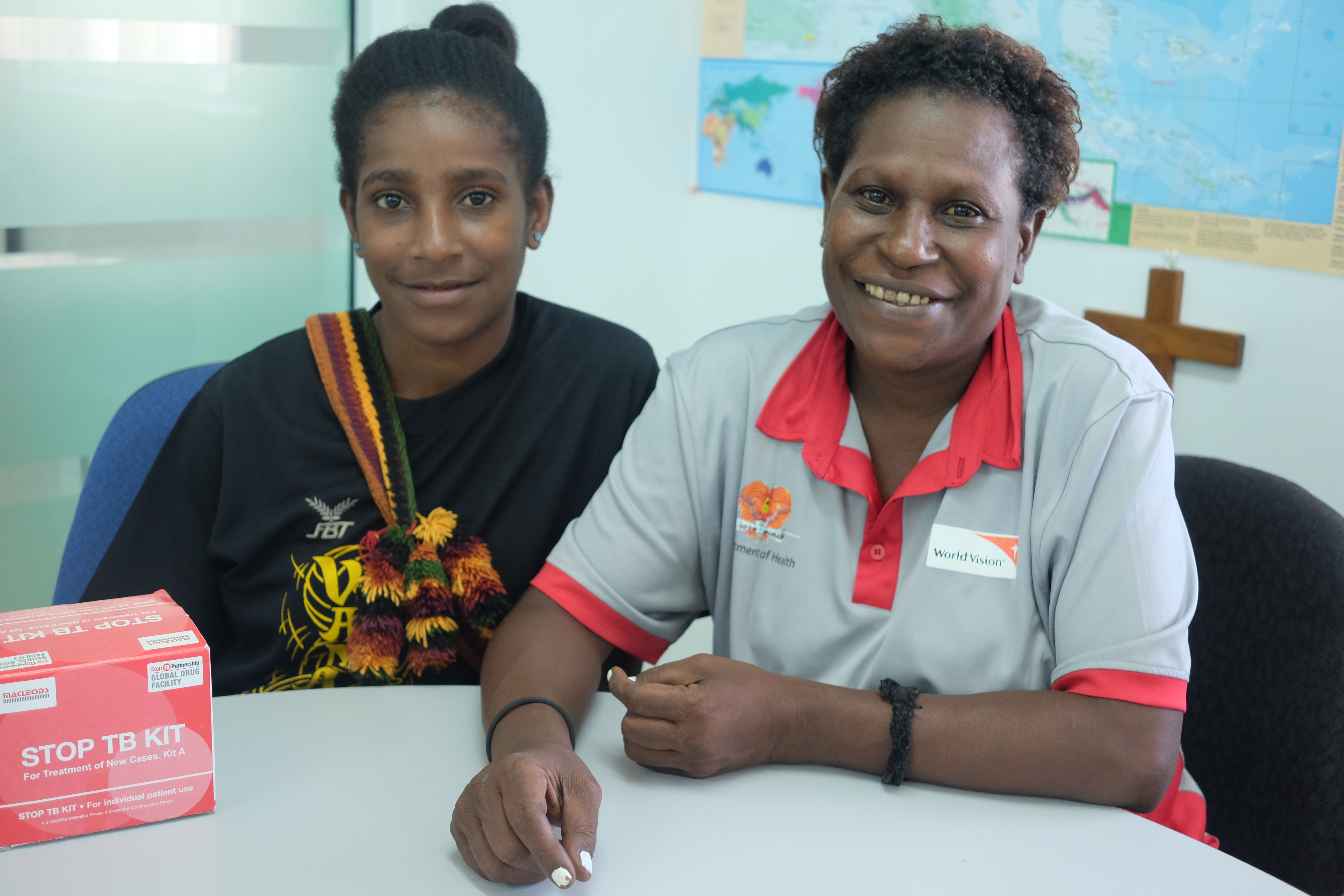 National Capital District – Jennifer, 38, TB treatment supporter is proud to have assisted around 50 TB patients complete their medication including daughter Anna Mora, 23. “When I learned I had TB, I cried. I felt ashamed and afraid that my family and friends will shun me,” said Anna. “But my mother comforted me and assured me that TB can be cured and that I have to take my medicine everyday. I wouldn’t have done it without my mama’s support.” she beamed. 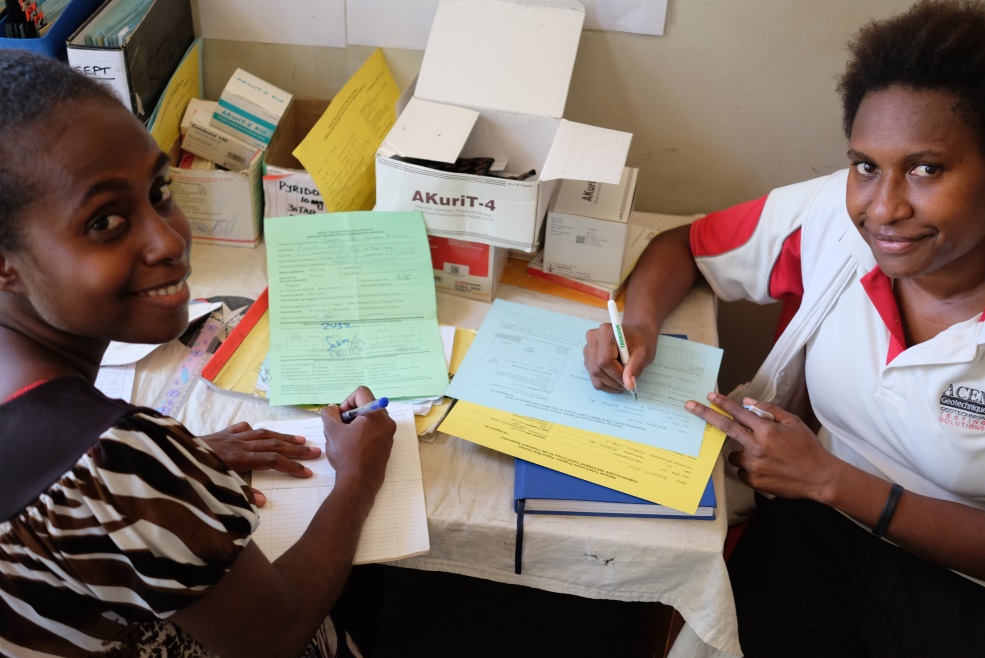 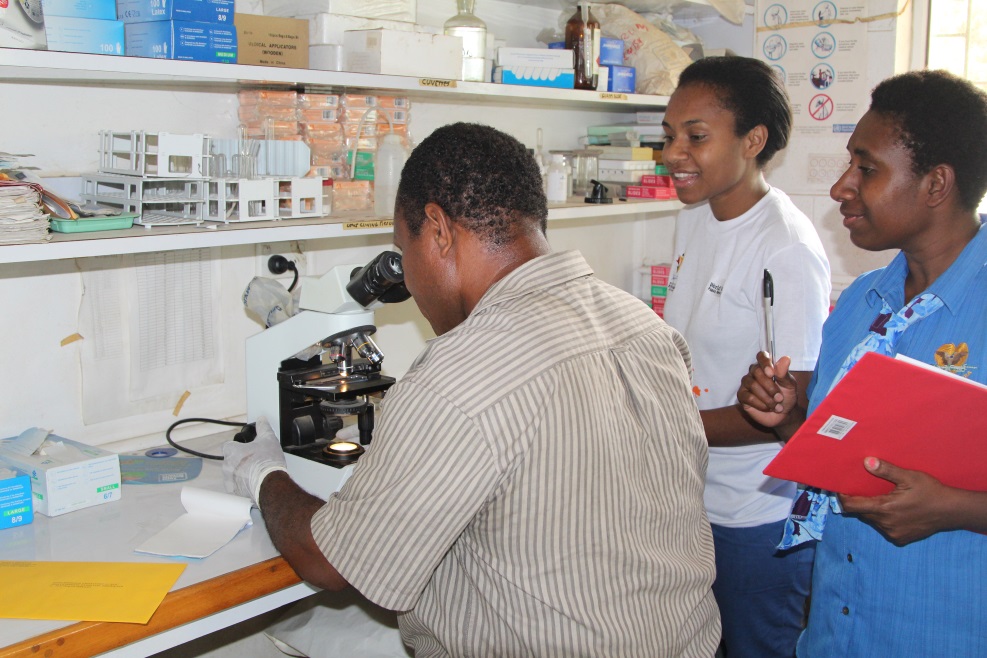