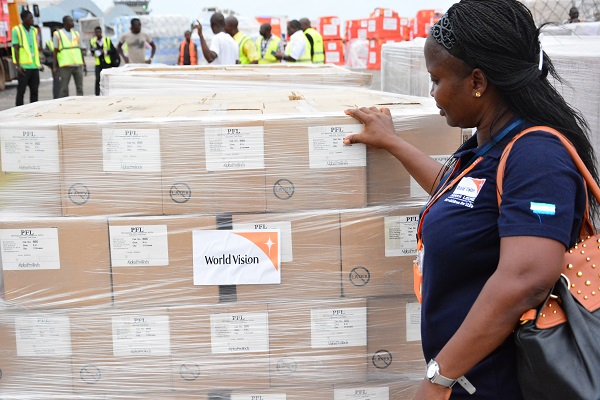 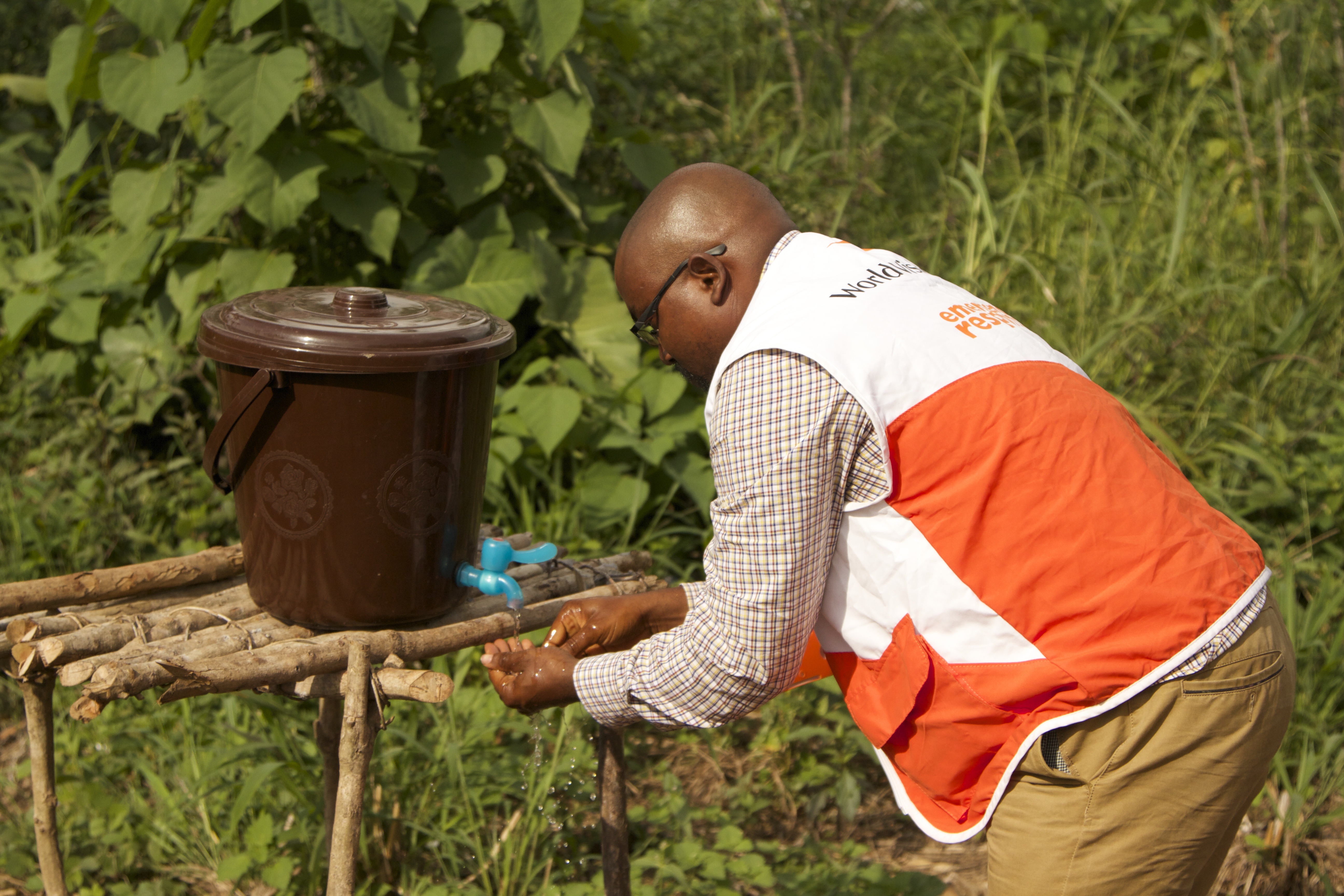 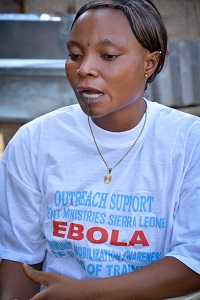 The unprecedented Ebola Virus Disease outbreak in West Africa was first reported in Sierra Leone in March 2014 and rapidly spread, revealing the failures of the region’s chronically fractured and under-resourced healthcare system. In August 2014, the World Health Organization declared the outbreak a “public health emergency of international concern”. Due to a lack of early-warning systems, Ebola spread rapidly and the country’s health system lacked the capacity to address the overwhelming number of Cases.  By March 2016, the WHO had documented a total of 14,124 cases of Ebola, including 3,955 deaths, in Sierra Leone – more than any other country.

World Vision was actively engaged in implementing preventive activities and case management in 25 of its Area Development Programs, which included 25 Chiefdoms in Bo, Bonthe, Pujehun, and Kono in Sierra Leone. Its Ebola response strategy was designed to work in close collaboration with the Government of Sierra Leone to reach a population of 1.6 million through the establishment and mobilization of an extensive network of community providers, including teachers, paramount chiefs, and faith healers. The overall aim of the initiative was to prevent the transmission and spread of Ebola among the 59,000 children and their families across the country supported by sponsorships from WVI. 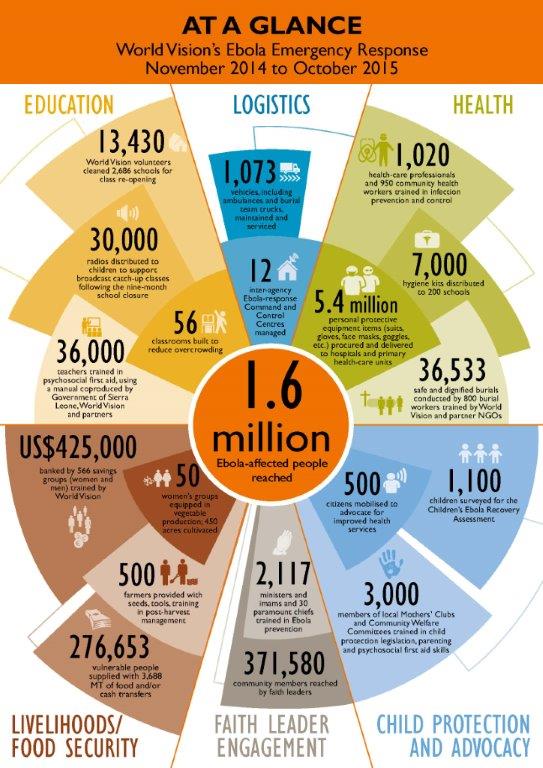 In an effort to assuage the fears and expectations of community members and ensure the intervention was responsive to their needs and expectations, World Vision Sierra Leone adopted an integrated and multi-sector response tailored to the needs and priorities of the communities it served. 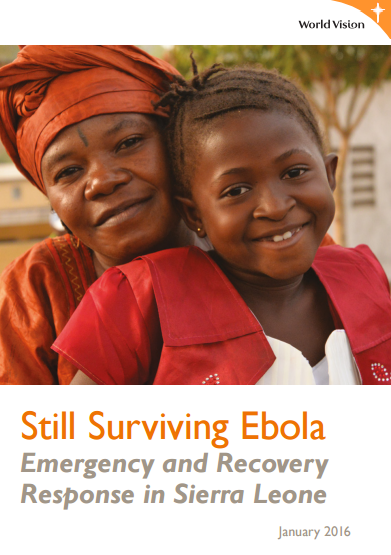 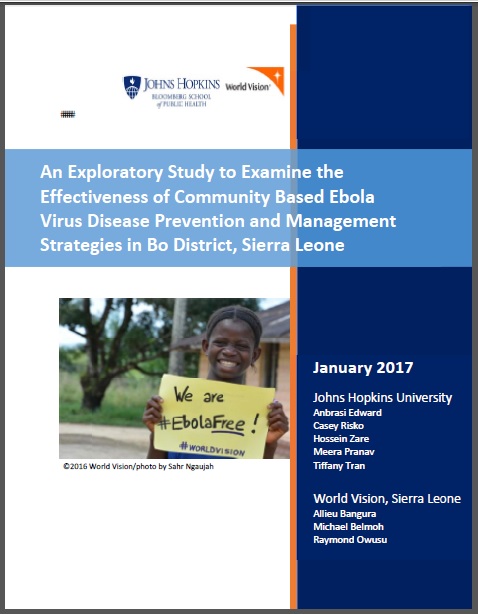 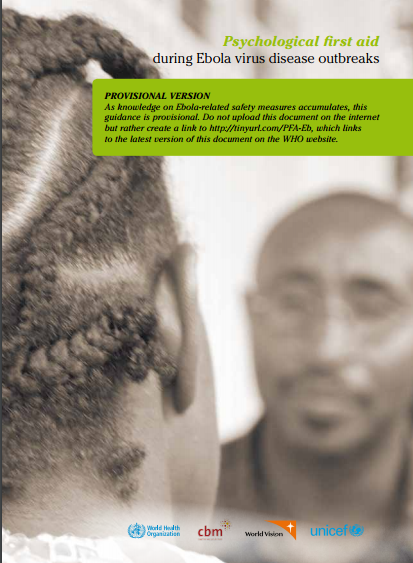 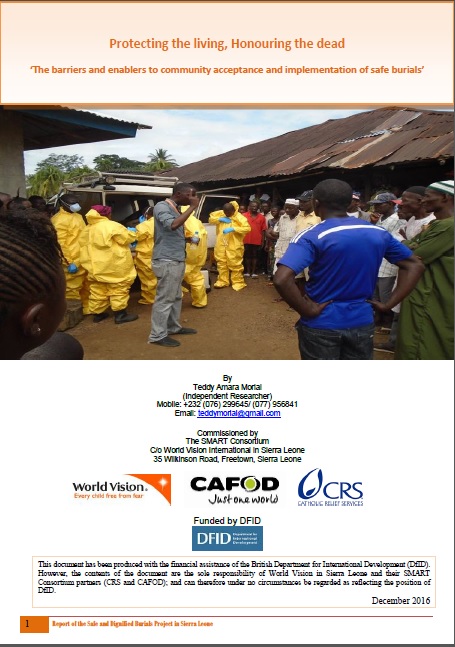 20 November 2014, the World Vision Global Health Community of Practice held an online discussion and presentation of its Sierra Leone Ebola Response.  You can listen to the recording at the link: https://wvi.webex.com/wvi/ldr.php?RCID=14518763caa95fb10b8df87a034acc99 Our speakers explored the many facets of the ebola response [listen to the recording] - and we pull out a few statements below on prioritized programming areas for World Vision and other FBOs.  Your continued prayers and financial support are coveted for our programming in Sierra Leone.