Ensuring a safe educational environment for all children is a leading priority for World Vision’s programmes around the world, including the areas where the organization works in Jerusalem, the West Bank and Gaza where more than 20 per cent of students between the ages of 12 and 17 said they were exposed to psychological violence in school in 2011.

In an effort to improve the situation, local staff marched with nearly 300 children to deliver a signed petition they wrote themselves to the Prime Minister, in an attempt to reduce violence in schools. 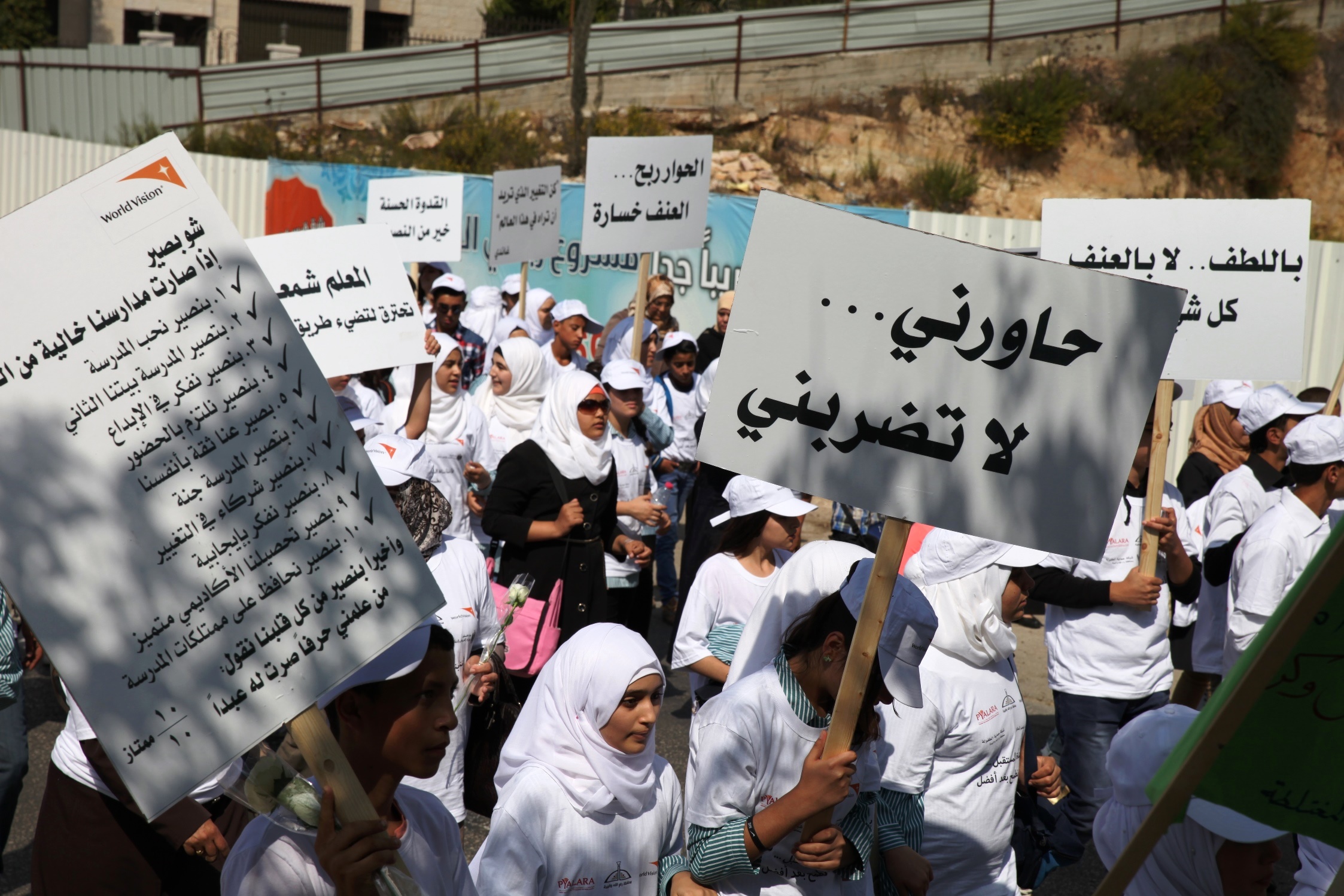 Miqdad, a 15-year-old registered participant in World Vision’s Child Sponsorship programme child is also a vital member of the National Youth Forum. He as one of the participants who confidently approached the Prime Minister’s office and stood firmly, demanding that he activate the Palestinian Child’s law and an effective monitoring process to run in schools. “I personally demand the support from Palestinian Prime Minister, Dr. Rami Al-Hamadallah,” said Miqdad. “[I request] proper education and [a safe] environment for our own good,” he added. 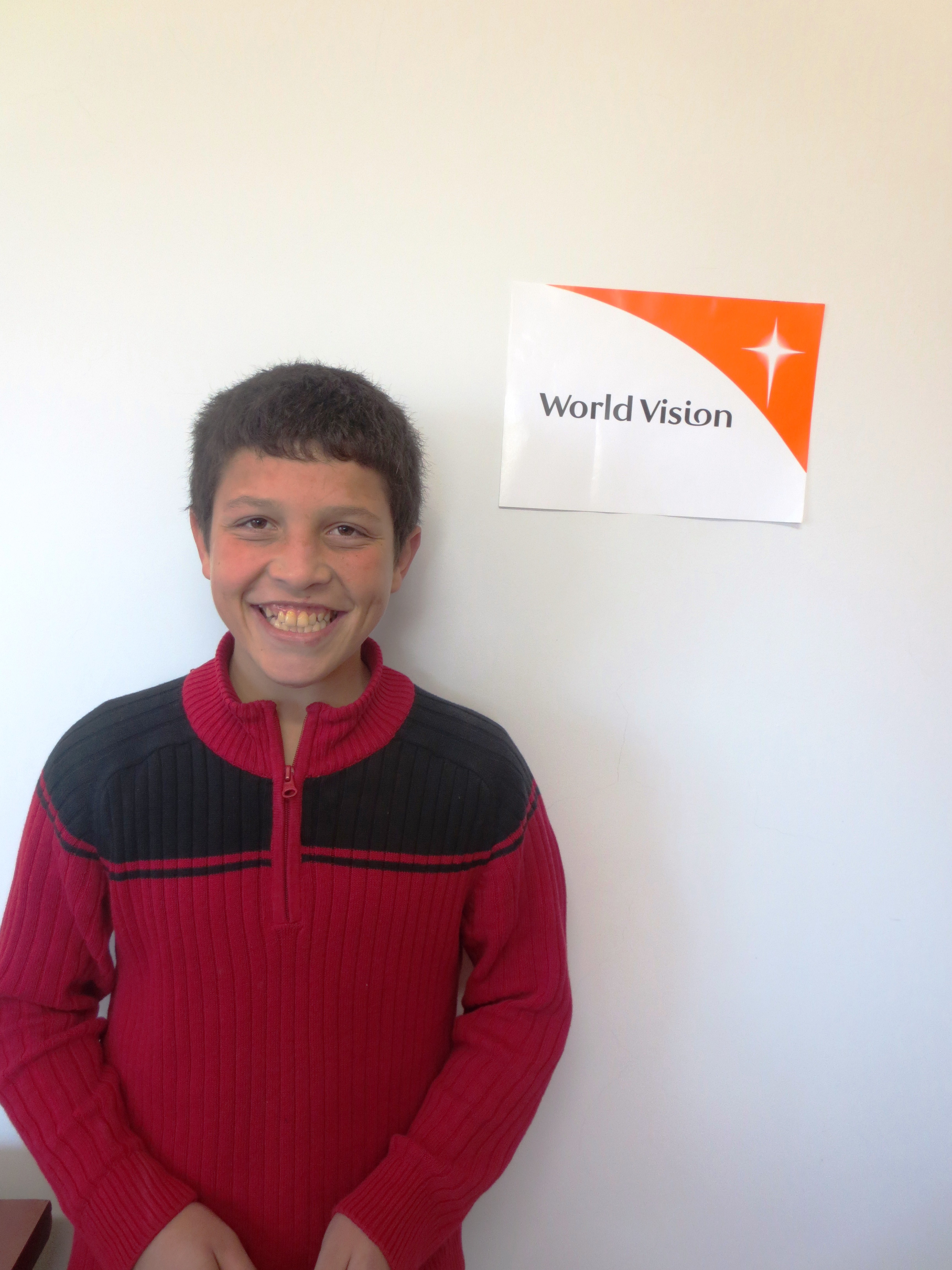 Miqdad, 15 year old child and a participant in the march against Violence in Schools.

“School must be the safest place, accountable for our well-being,” he continued. “[But, it’s not]. We are suffering from violence in schools,” he added.

To reduce the impact of violence on children, World Vision Jerusalem – West Bank and Gaza adopted Miqdad’s concern and supported the children in their campaign to tackle violence in schools, which takes many forms: teachers to students, students to teachers as well as peer to peer.

“School must be the safest place, accountable for our well-being,” Miqdad.

“I am [in school] to learn, not to feel offended,” said Miqdad recalling a time he experienced violence first hand. “I was a second class when the teacher hit me with a hose in front of my female classmates because I felt thirsty and went to drink water from the fountain in the schoolyard,” he recalled. “I ran away and spent the day crying,” he added, noting that males are more often subject to physical violence but that all students are subject to verbal violence, “which [can] leave a scar in the memories of the student,” he added.

Among the concerns noted in the petition, the children cited the steady decline in the enrolment rates for primary and secondary schools and as well as the potential connection between increased violence and decreased enrolment.

“There is always a reason behind any student who does not attend school... [Often times], it is because he is scared of being hit or scolded by a teacher or student,” added Miqdad.

“There is always a reason behind any student who does not attend school,” said Miqdad. “[Often times], it is because he is scared of being hit or scolded by a teacher or student,” he added. 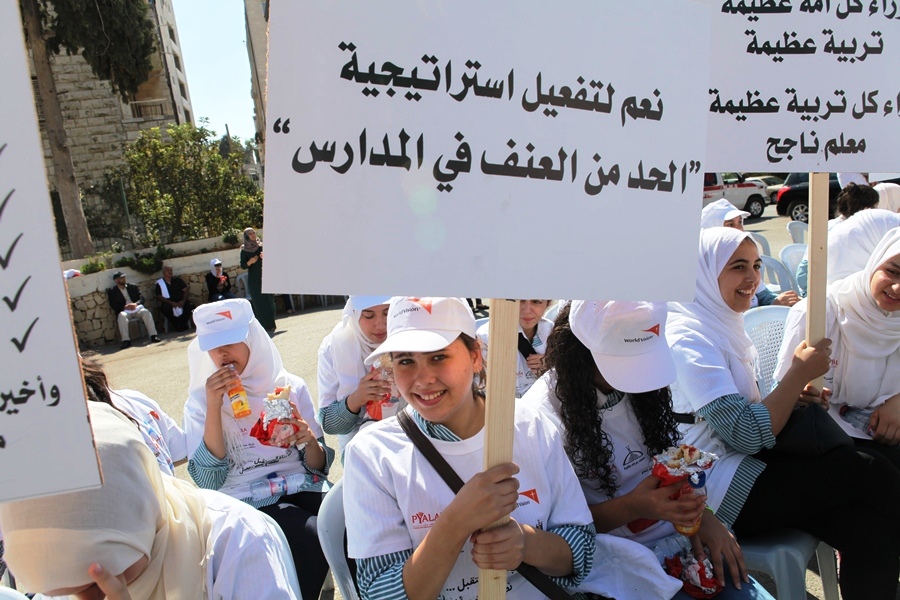 A girl holding a banner that says: “Lets activate the policy of reducing violence in schools”

“I feel optimistic about raising this issue,” said Miqdad.  “I believe that violence is a destructive tool that destroys a student’s personality and brings him or her down. I felt relieved after delivering the petition to the Prime Minister,” he concluded, nothing that he and fellow students would be following up to make sure that the promises made were kept. 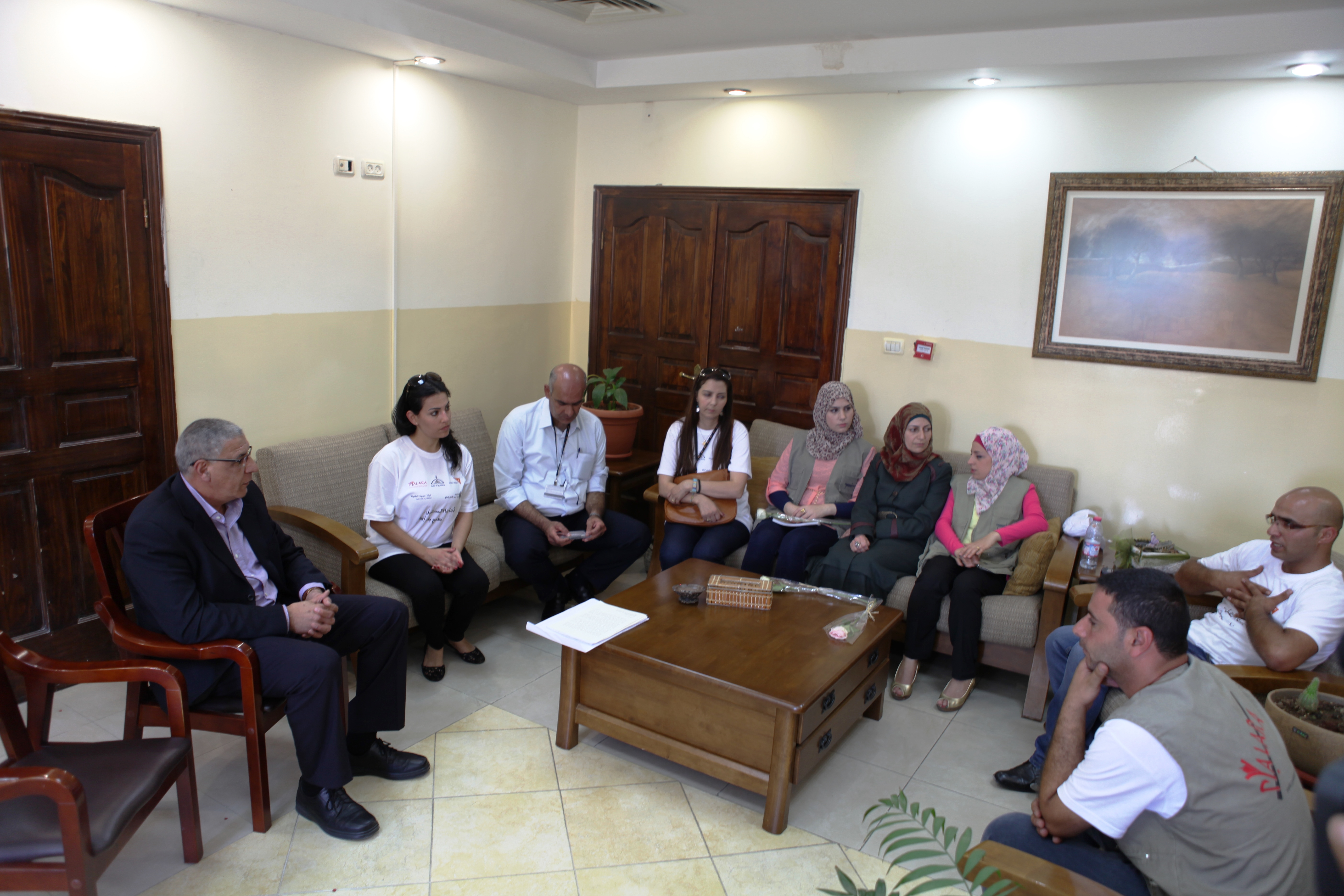