The health of children in Kenya’s Kitui County is set to improve as a result of the region being declared Open Defacation Free (ODF).

This ODF status, which is accorded by the Ministry of Health (MOH) through the issuance of a certificate, indicates that people in a particular area are no longer defecating or discharging faeces in the open.

Instead, they are using toilets to relieve themselves, hence preventing the spread of diarrhoeal diseases that are leading causes of death among children below five years in the country.

“With this status, it means that no household in Kitui is defecating in the open,” said Benjamin Murkomen, the chief public health officer at the MOH’s Water, Hygiene and Sanitation (WASH) department.

He was speaking during the 2018 Global Handwashing Day National celebrations that was held in Kitui County on October, 15,2018.

For an area to be declared ODF, which is considered as a major sanitation and hygiene milestone, Benjamin noted that its households should have latrines that offer privacy and dignity to users.

The latrines must also have covers that deter flies from accessing the faeces, as well as hand washing facilities - with water and soap – for cleaning hands after visiting the toilet.

“Hands are usually contaminated and can therefore transmit diseases when you use them to eat food or prepare meals for others. That’s why it’s a good hygiene practise to always wash hands with soap after leaving the toilet.” 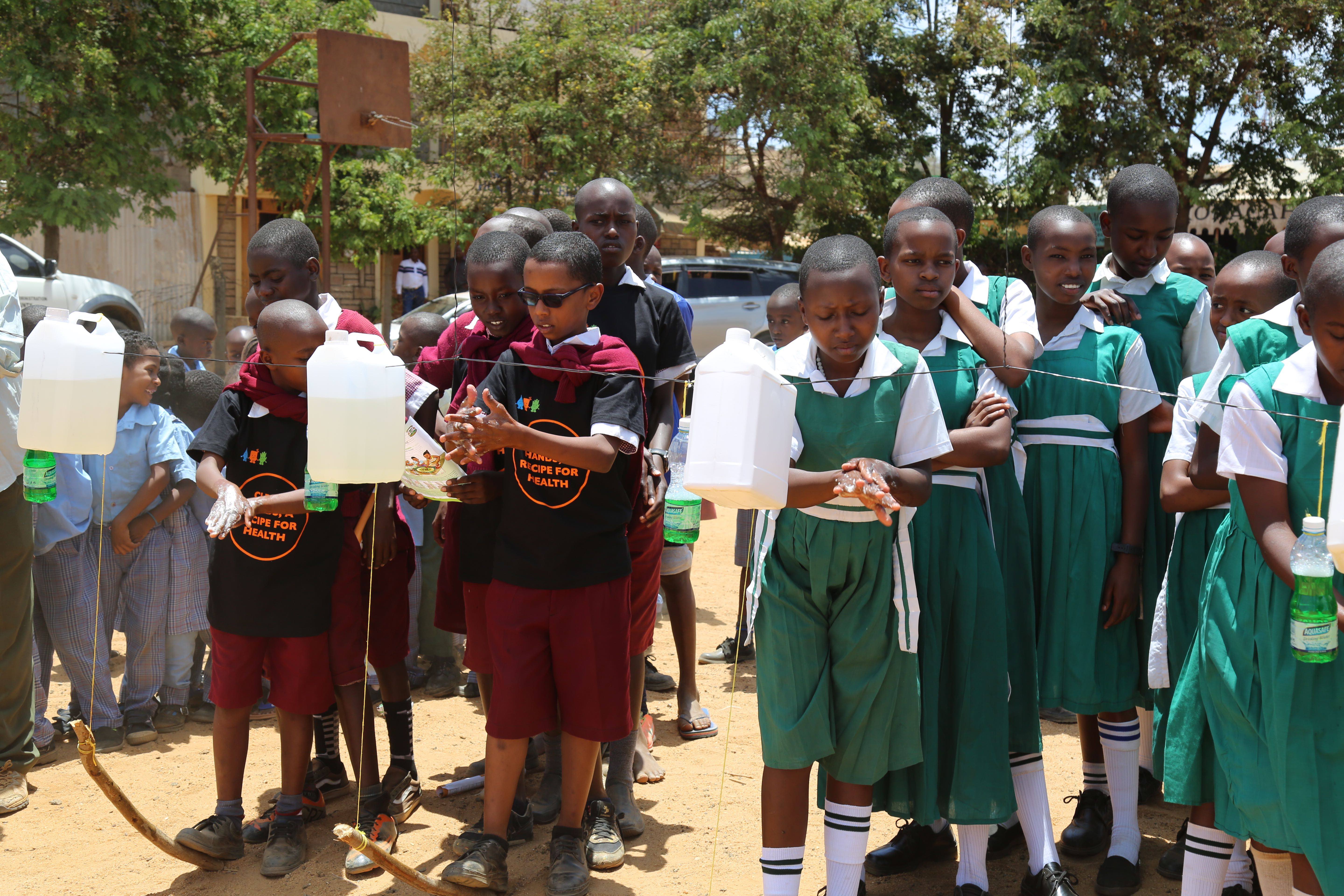 School children in Kitui County washing their hands with soap and water from tippy taps during the 2018 Global Handwashing Day celebrations in Kenya. ©2018 World Vision/ Photo by Susan Otieno

Open defecation is form of poor sanitation and hygiene practice that is common in most rural areas across the country. It is responsible for a myriad of ailments including diarrhoea, a leading cause of death among children below five years in Kenya.

The practice, which was once rampant in Kitui, came to an end after World Vision – in partnership with MOH and other entities – rolled out an initiative known as the Community Led Total Sanitation Strategy (CLTS) in the area.

It sought to sensitise communities on the significance of proper hygiene and sanitation practises, especially the use of toilets.

Such initiatives are aimed at eliminating open defecation in Kenya by 2020, as per the government’s set time frame. This will save the country from its adverse health and economic impacts.

Wanjiku Kuria, a Technical Specialist: Sanitation and Hygiene at World Vision Kenya, states that open defecation promotes the spread of deadly diarrhoeal diseases such as cholera and typhoid.

“When you have faeces lying in the open, they can contaminate water sources and cause diseases in human beings. They also attract flies, which will eat the faeces and spread diseases when they land on food in people’s homes.” She notes that diarrhoea, a major consequence of open defecation, also impedes the proper growth and development of children by depriving them of key body nutrients.