Village of Ljusina close to Bosanska Krupa in the north of country is home to the Dzajic family. However, when we reach the house they live in, we are met only by the elderly woman, mother of Edin Dzajic. The rest of the family, parents and three daughters are all at work – eldest is keeping an eye on the sheep, and the two youngest follow parents, learning about farm work and giving a helping hand where able.

At dusk, cows emerge from the field first, followed by the Dzajic family, parents and two younger daughters; sheep and the oldest daughter come home only minutes later.

It is time to put animals into the pens and make sure they are all watered and ready for the night.

A quick wash and the family is ready for an afternoon break with a traditional Bosnian coffee as a must! There is a lot of work in one day on the farm, but knowing this is where their food comes from, the family is diligent.

“If one knows how to use it, cow is everything; you have milk, cheese, sour cream, and even meat. Our children were raised on products we receive from cows”, says Edin. 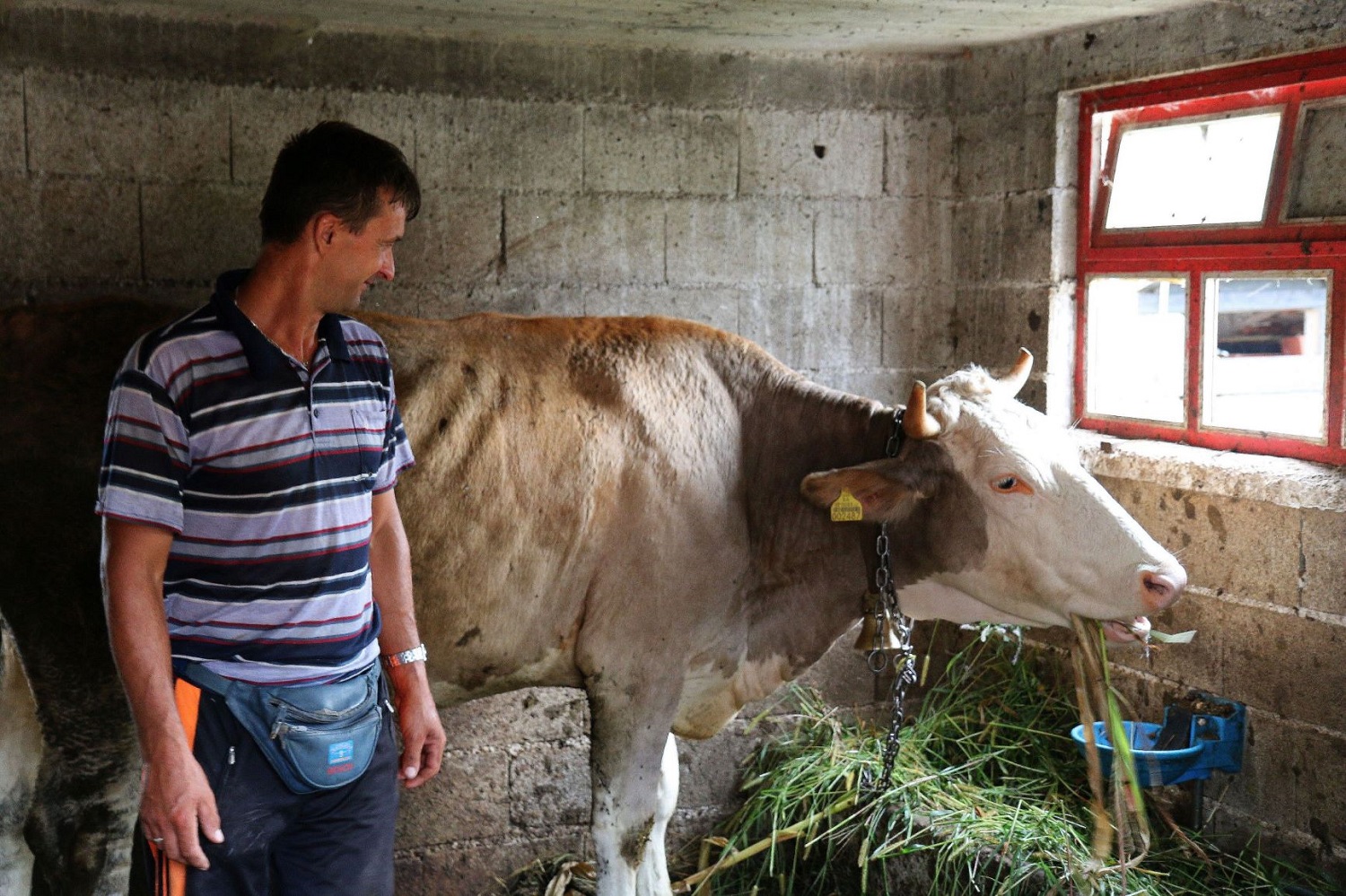 The head of the family Edin was born disabled and for a long time Edin fought to regain function in his legs and be an able farmer, who provides for his family. He underwent a number of surgeries and physical therapy to be able to walk, farm his land and take care of the domestic animals. His path to recovery was successful and he got married and the couple later received three children, all daughters. Together, they lived a modest life, but they were content.

20 years post war, on a fogy and dewy morning, he took sheep to graze on a nearby field, when he activated a landmine, receiving multiple injuries to the upper part of his body, including lungs.

“It was a terrifying experience, seeing slaughtered sheep all around me, I didn’t even noticed I was hurt at first”, says Edin.

Talking about this day, he is emotional. He feels that what happened is unfair “Have I done something wrong to deserve this”, he says.

After the accident, Edin was transferred to a closest hospital in the north of the country, in Bihac, where he received adequate care. The first waking moment he spent worrying if he will be able to continue working on the farm and providing for his family.

“And farm animals need care, they aren’t able to understand if you are ill or have other work to do”, says Edin.

Eventually, Edin recovered from his injuries and has since been able to continue taking care of the farm. However, with the amount of the work on the farm and his diminished capabilities, Edin requires as many tools as he can get and the family spent large portion of their savings to buy a small tractor and compatible tools. 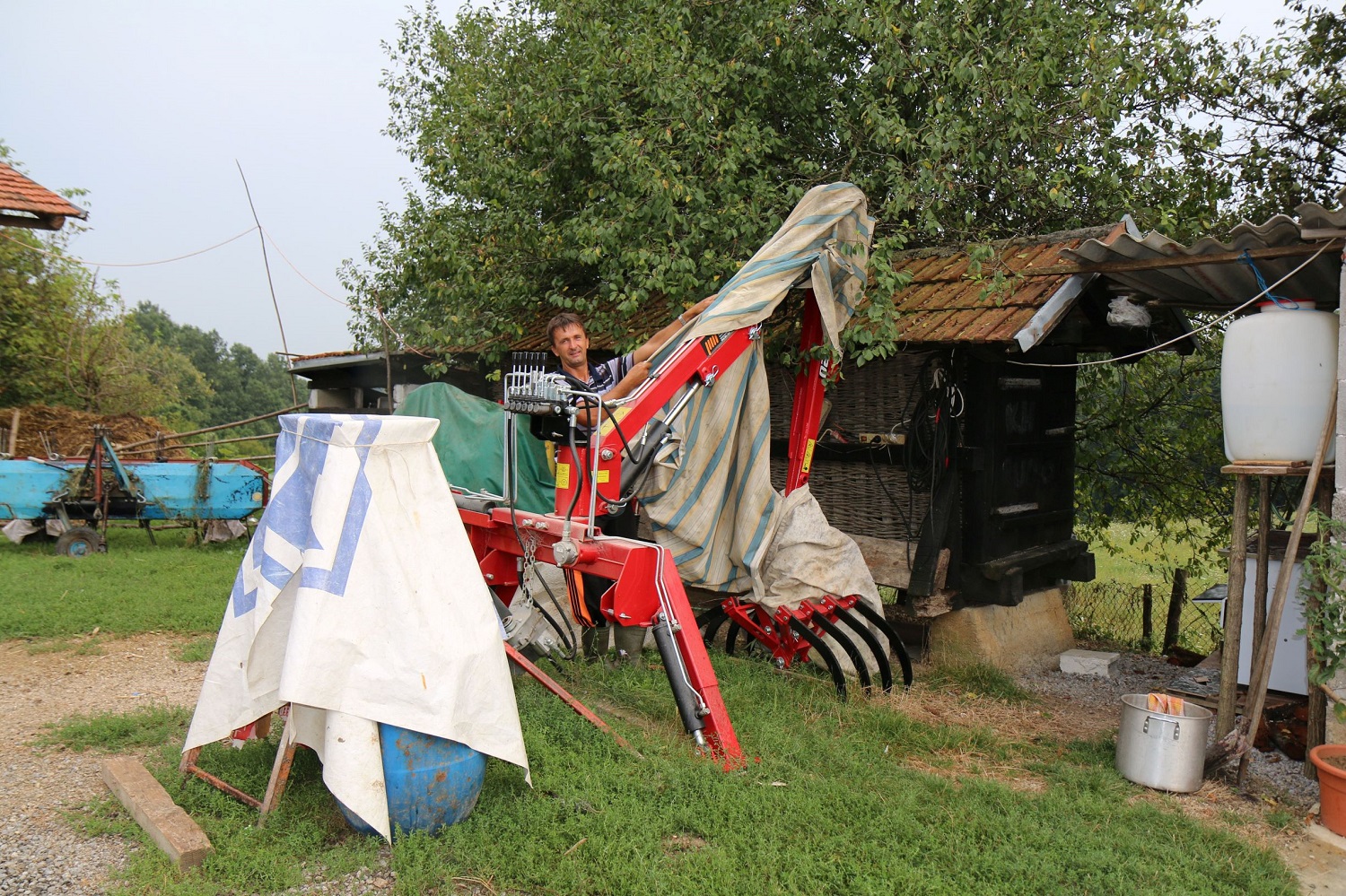 Recently, Dzajic family received help trough „Integrated socio-economic support to landmine victims in BiH“ project funded by the European Union and implemented by World Vision in partnership with the Organization of Amputees UDAS. The goal of the project is to provide economic and social support for more than 200 landmine victims and their families in BiH and to make the landmine survivors’ abilities and needs more visible to their community.

Dzajic family received a tractor attachment for loading manure, a mechanical fork that makes collecting the livestock excrement that will later be used as a fertilizer much easier. Within their capabilities, Dzajic family is determined to give their children best possible start, and what this family is good at is providing their 3 daughters with organic foods.

Although the mine incident in which Edin Dzajic got injured happened in 2014 in an area that was not marked as mine suspected area, his case has not received a court epilogue yet. According to the BHMAC, 25 years after the war, nearly 80,000 landmines and explosive remnants of the war are scattered throughout Bosnia and Herzegovina, impacting security of more than half a million citizens.