Municipality of Čajnice is still affected by landmines and unexploded ordnance – remnants of the war fought here from 1992 to 1995. According to the BiH Mine Action Centre, some 80 000 such devices still pose threats, directly affecting the safety of about 15 percent of the citizens of BiH.

According to Goran Karadžić, the Mayor of the municipality, landmines also impair the economic prospects of local people.

“The battlefield frontlines were mined, and this represents a serious obstacle to the return of people to their property and more extensive farming, growing fruit, wood processing, the harvesting of berries, medicinal herbs, hiking, or hunting,” says Goran.

This isn't a theoretical effect. For example, the Purković family from Čajnice owns 70 acres of land, but about 85 percent of it is considered mine suspected area.

''This is not the case only with our own land, our neigbours land is also mined“, says Rabren Purković. 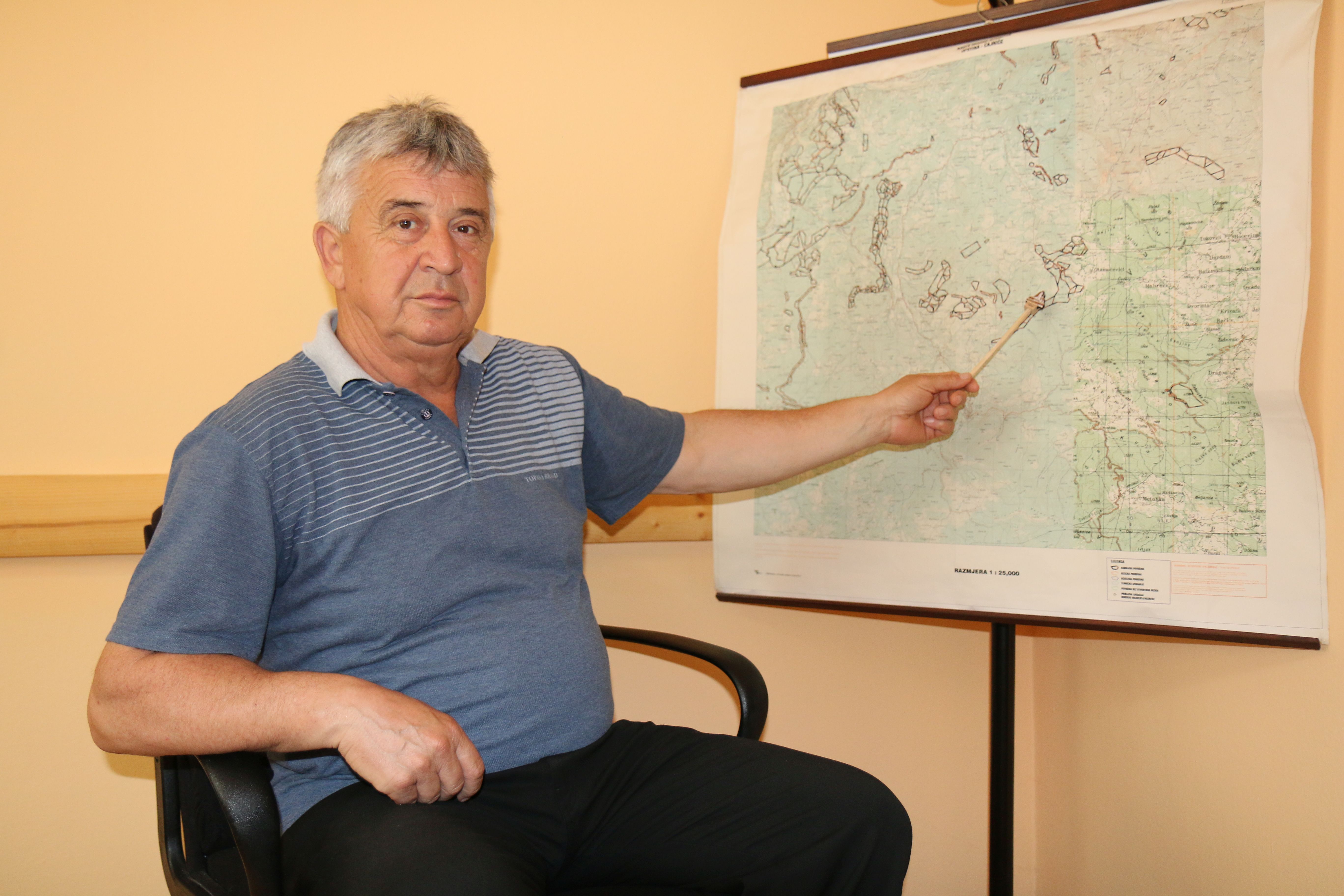 They still manage to live off the land by working in the safe slots. But that means that only 10 of the 70 acres they own are farmed. For own consumption, they grow grains and potatoes, but even if they wanted to sell their surplus, these inexpensive products are almost impossible to sell in rural Bosnia and Herzegovina, where everyone grows a bit of what they need.

“90 percent of the excess crop is given to pigs for feed. There is no market to sell it. Sometimes I load a van and go to Sarajevo (the capital), but only if I have a pre-arranged sale, because it doesn't pay off otherwise,” explains Rabren Purković.

But there is a good side of the story: their pigs are thriving, and a large portion of the family income comes from selling them.

But living next to the threat of landmines isn't easy, and Rabren unfortunately has a personal tragic experience to tell. He lost a leg to a mine accident when he was 24 years old, immediatelly after the war Likely the loss couldn't suppress his cheerful spirit and he has a couple of positive messages to share and transmit when it comes to survival without a limb.

After a day spent in the field, Rabren and his family gather around the table in the family house, sharing an afternoon snack. Kitchen and the living room echo with laughter as everyone talks about their day.

He and his wife have raised three beautiful daughters with love and hard work. But make no mistake—it's hard to work a farm with the kind of injury he suffered.

Recently, life got a little easier for Purković family when they received a donation of agricultural tools.

A tiller, a plow, and a potato harvester were donated to the family in 2018 through the “Integrated socio-economic support to landmine victims in BiH” project, funded by the European Union and co-funded by World Vision Austria and 11 partnering municipalities, including Čajniče. The goal of the project is to provide economic and social support for 200 landmine victims and their families in BiH, and to make the landmine survivors’ abilities and needs more visible to the public.

The project is implemented by World Vision BiH in partnership with the Organisation of Amputees UDAS. 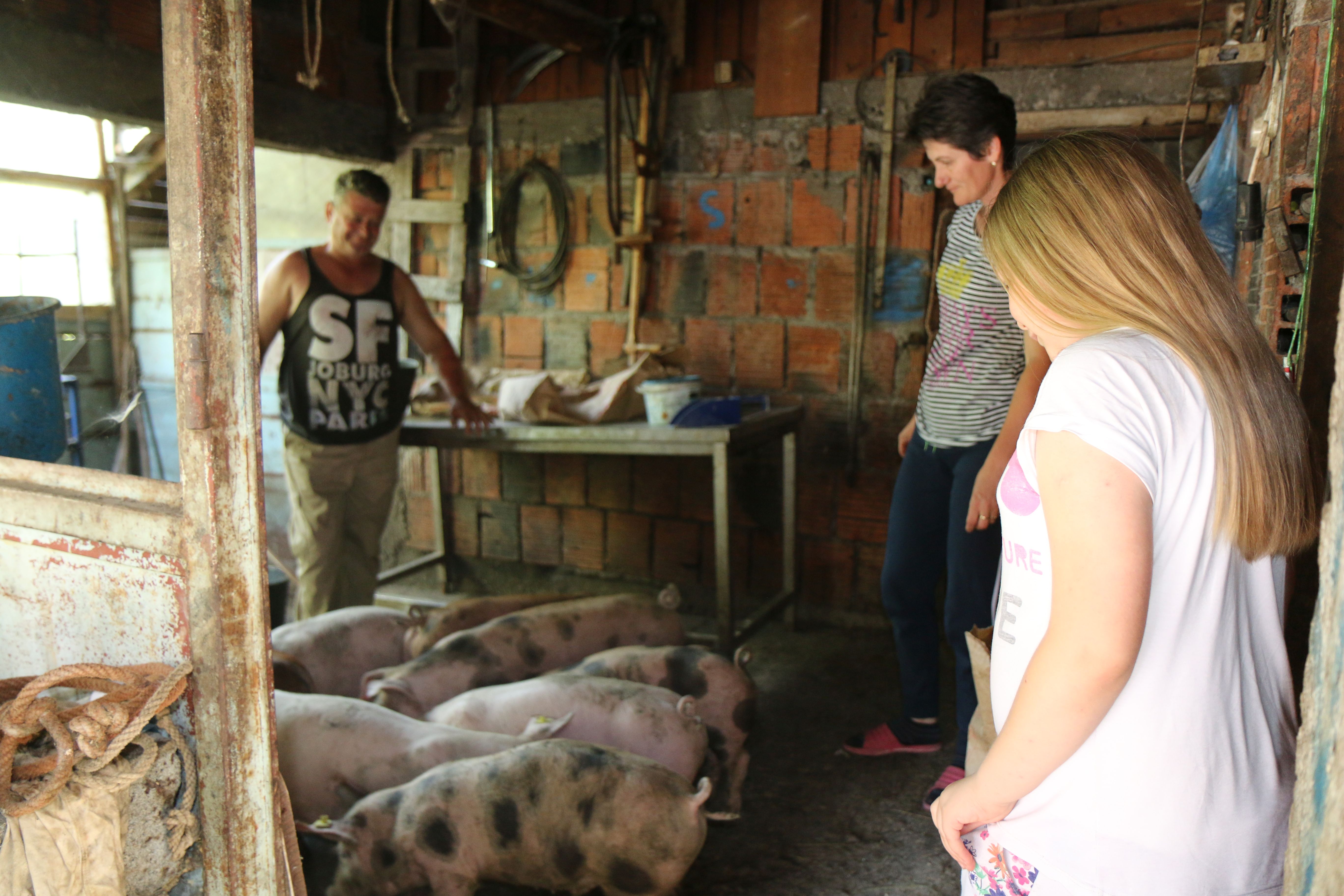 This new equipment speeds up the process of farming and requires less direct manual labour than simple hand tools, giving the family more time to take care of other work around the house.

And Rabren is a kind of good neighbour you would hope for. Rather than keeping his new potato harvester locked, he used it to help the entire neighbourhood harvest their potatoes, reducing the  the time everybody used to spend in the field, and enabling them to do other work on their farms.

His neighbours didn't fail to show their appreciation to Rabren, either. “This spring, when I got sick and had to stay in bed, our neigbours plowed and tilled our land.”

Once again, harvesting season is ahead of Purković family. But having last years positive experience, they are at ease – not only that they have the tools they need, they know their neighbours are there for them and vice versa.