Jusic family is thrilled with the farming tools they have recently received as a part of the „Integrated socio-economic support to landmine victims in BiH” project. Large portion of their income used to be spent on hiring help to cultivate the land. Now, that income will be invested to cover other needs, and, why not , some savings. The  father of the family, Fikret, has a selfless attitude when it comes to helping a peer landmine survivor. He helps family Cizmo to learn about farming and teaches them proper use of the mechanical the farming tools.

Family Jusic, parents and their two grown-up children, live in Donji Vakuf in Central Bosnia and Herzegovina, where they farm a large agricultural area. The family owns five acres of land and grows various vegetables, including corn and raspberries. A portion of the production is used for subsistence, while they sell corn and raspberry.

In 1994, at the end of the war which lasted from 1992-1995 in Bosnia and Herzegovina, Fikret stepped on a mine and lost his leg. Fikret could not walk and for 6 months, and after that he was having medical check-ups and therapy for three years . Before he reached the age of thirty, Fikret was determined as a person with 90 percent disability rating.

For years,  family Jusic used to hire neighbors who had agricultural tools in their possession to prepare the soil for vegetable seedlings. The cost of hiring help to do this service was high compared to their income, and Fikret applied for support in the project „Integrated socio-economic support to landmine victims in BiH”, that was funded by the European Union and implemented by World Vision BiH in partnership with the Organization of amputees UDAS.

In the fall of 2018, Fikret was granted a moto-cultivator and a tiller and he used it during the 2019 spring soil preparation. 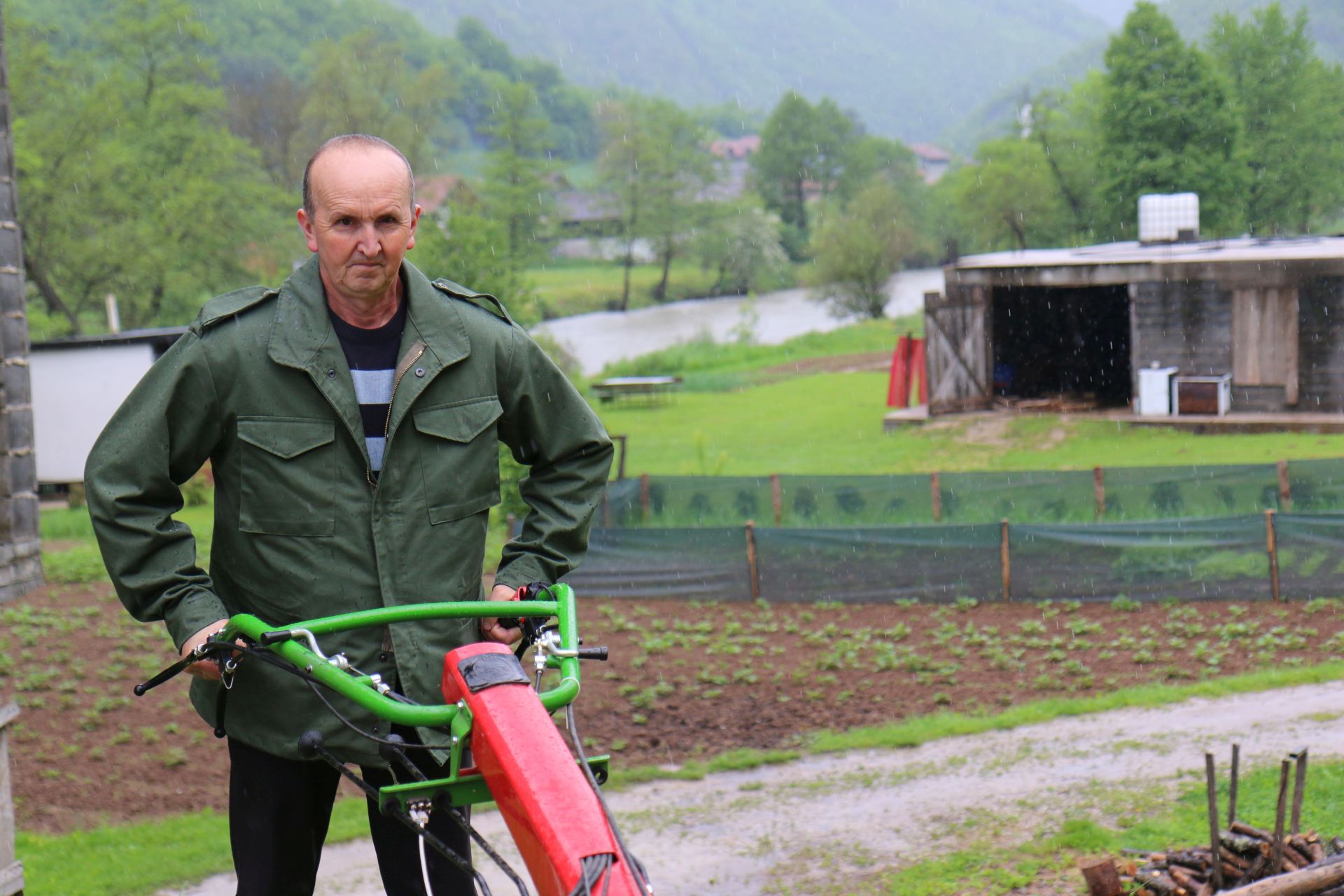 „The machine helps me cultivate the land on my own. We have farmed 5 acres of land this spring, 3 acres of corn and 1,5 acres of raspberries“, says Fikret

After the initial instructions on how to operate the machine delivered by the supplier, he was quick to learn how to use the machine. Support from his family and the knowledge Fikret inherited from his parents, also farmers, also played the role in this.

Afan Cizmo, however, could not benefit from family heritage and knowledge on farming. For Afan's family, the peer support promoted by the project was crucial. Fikret and Afan met in the project. When they both received moto-cultivators in 2018, Fikret taught Amar, Afan's 15 year old son, how to use the machine and attachments.

It was close to the end of the war when Afan was injured by a landmine loosing  part of his foot. For 24 years, Afan struggled with constant inflammation. His injury was exacerbated by the hard physical labor he did in order to provide for his family. 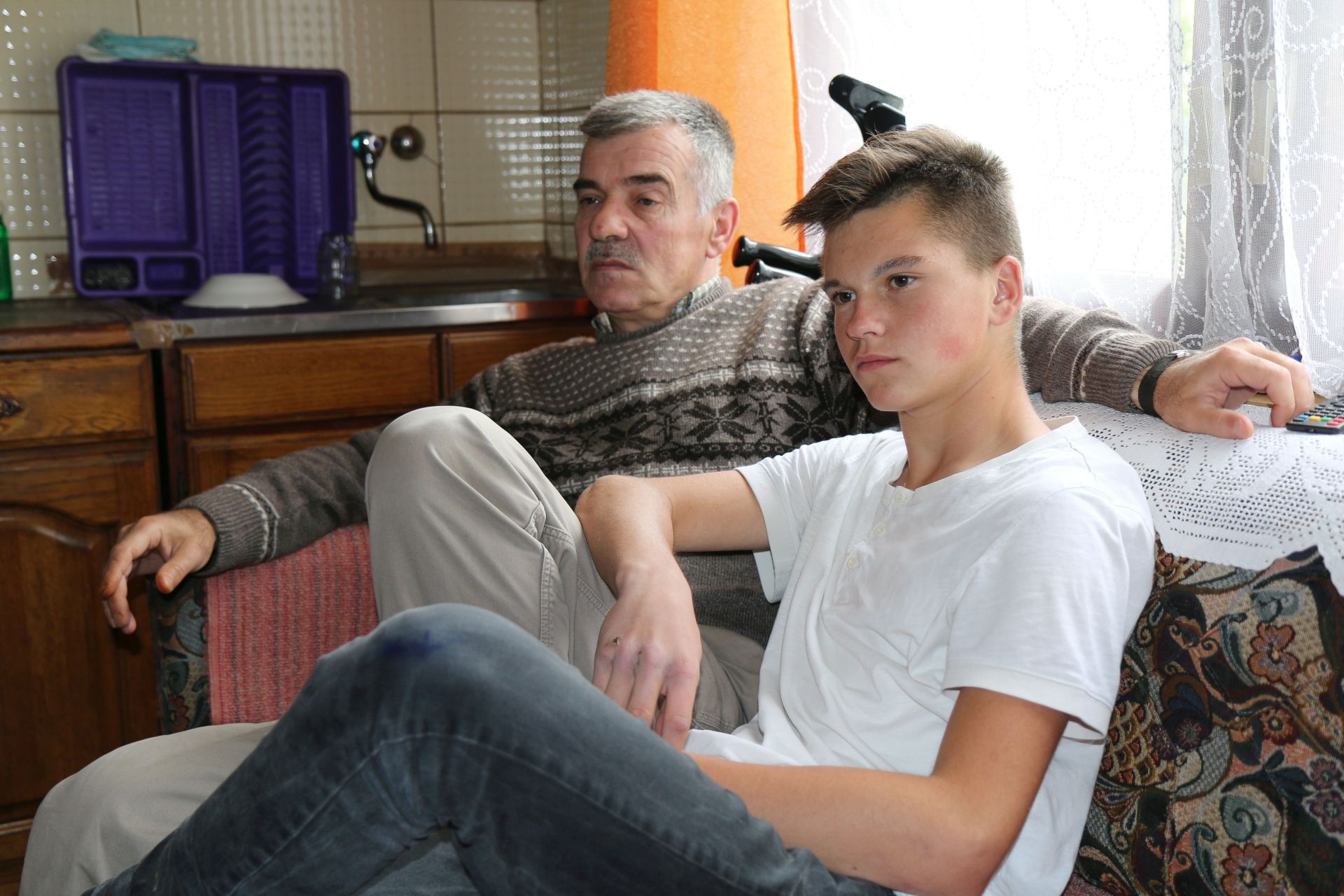 For years, he was in and out on medical treatment, but the leg could not be recovered and at the end, it was amputated in 2017 .

Once Afan lost his leg completely, family turned to farming as a way of providing food to the table. Afan's son Amar works with his parents in the field. Amar is currently physically most capable and he is cultivating the land using the tools and equipment provided through the „Integrated socio-economic support to landmine victims in BiH” project.

„The works is hard, but you get used to it“, says Amar. 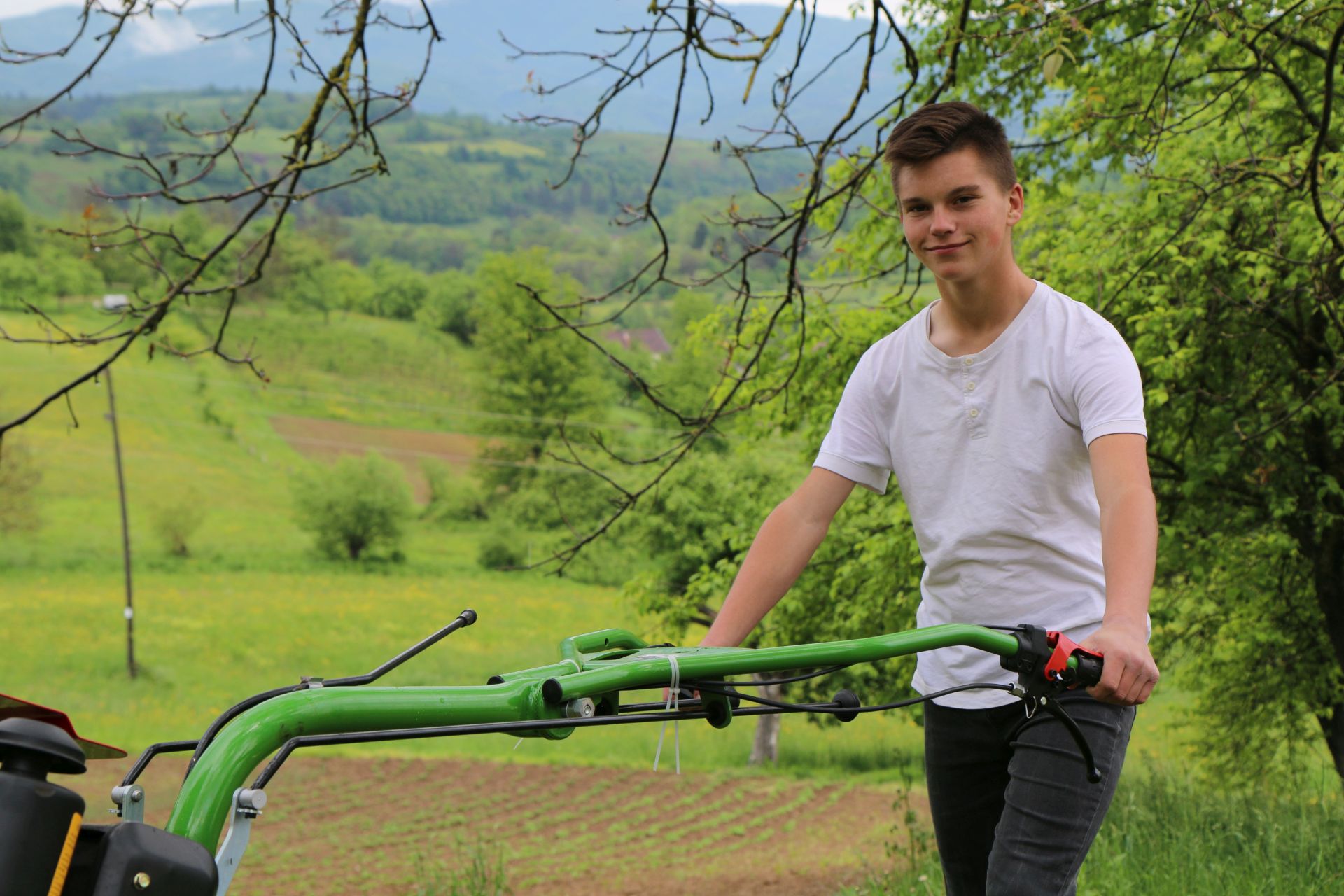 Living in the nearby village, Fikret Jusic often visits Cizmo family and offers advice and support. To make sure Amar is safe when he works in the field, he and Fikret have just checked the cultivator today.

The family has a lot of gratitude for the peer support they received and they have managed to cultivate a large field behind the house. During the 2019 spring, the family has used the agricultural tools they received to prepare the soil for vegetable seedlings. They have planned to use vegetables for their own needs and have hoped to be able to sell some.

They have put a lot of work and sweat into the soil this spring, but now, they are facing adverse weather conditions and the seedlings have barely sprouted. The family is, however, hopeful that this fall they will have their own fresh produce on the table and jams and jellies in the pantry.