Prior to the COVID-19 outbreak, international migration to Thailand, Korea or further afield was common for many families in rural Cambodia to escape poverty.

Over recent years the growth of the clothes industry and rapid economic development in Phnom Penh have also driven internal migration.

These trends have a significant influence on the life of hundreds of thousands of rural families in the country. Among them, a growing number of children have seen one or both parents depart their village to seek new opportunities, leaving children in the care of a family member, in most cases their maternal grandmother. 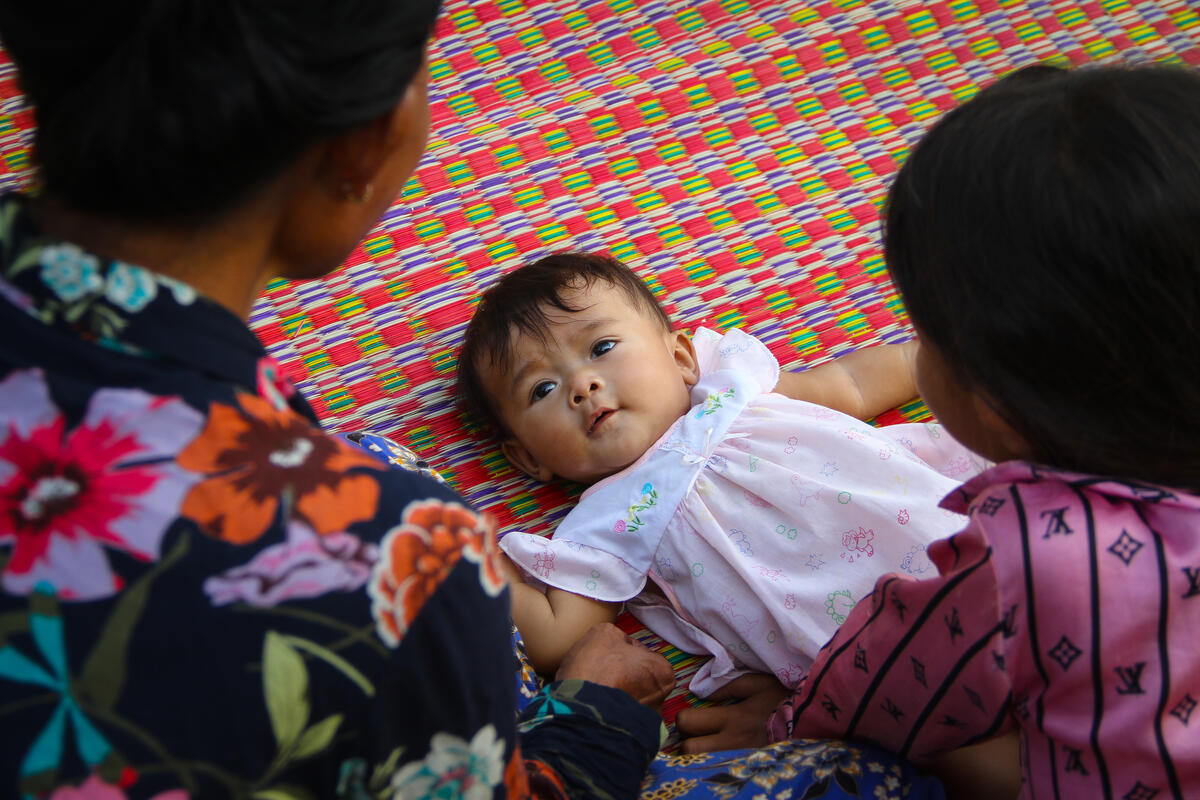 Over the years, this phenomenon has been replicated exponentially to the point that, according to a study of the International Organization for Migration in 2019, grandmothers had taken on the role of primary caregivers in almost two-thirds (64%) of households in Cambodia.

Grandmothers are commonly considered as a “The Living God” and have significant influence over other primary caregivers. 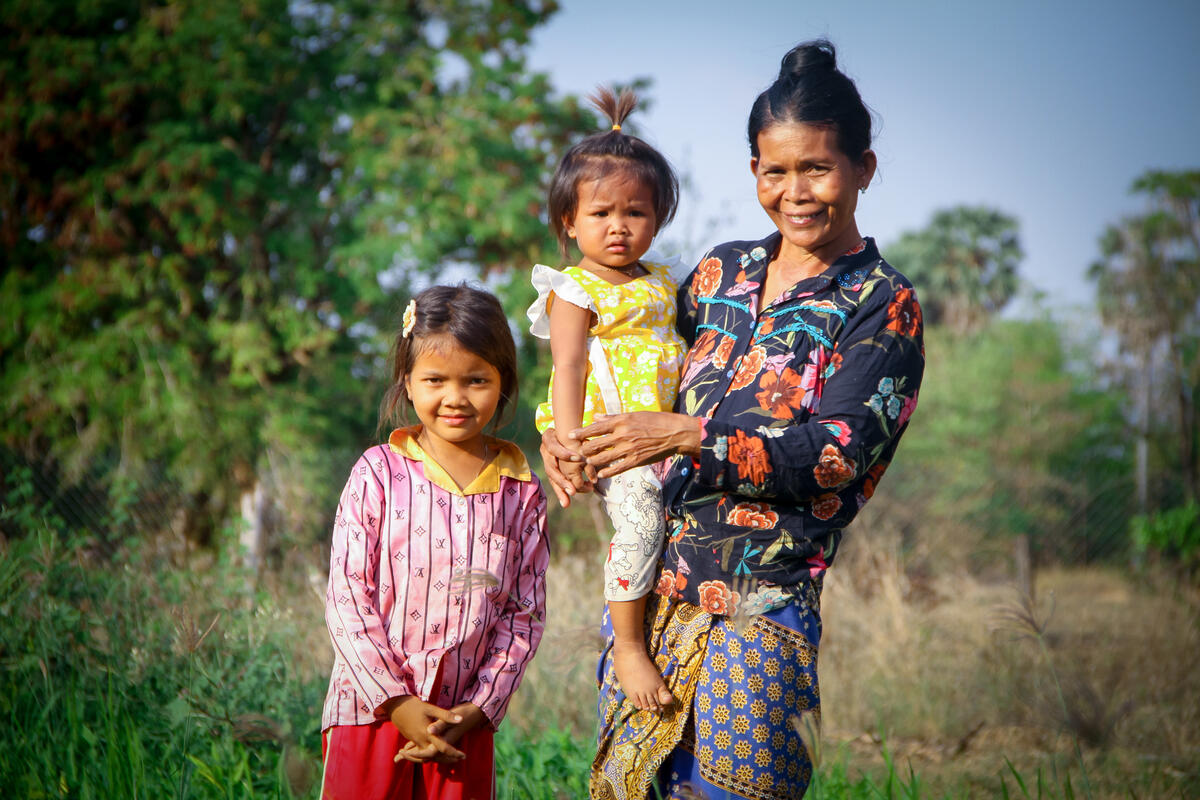 Her own two children work in factories. Sitting on a plastic chair, with her three-month old grandchild sleeping beside her in a hammock, she tells us, “I get up at 5am and cook for my grandchildren and children. I take care of them. My next chores are preparing firewood and growing rice. I also wash the clothes for the whole family.”

Under a stilted house, grandmother Kim takes care of three grandchildren, aged five, four and two years old. She has been their nanny since each child was six months old.

Each day, Kim gets up at 5am to cook for the family, feeds her grandchildren, cleans the house, washes the dishes and clothes, and then takes care of the garden. 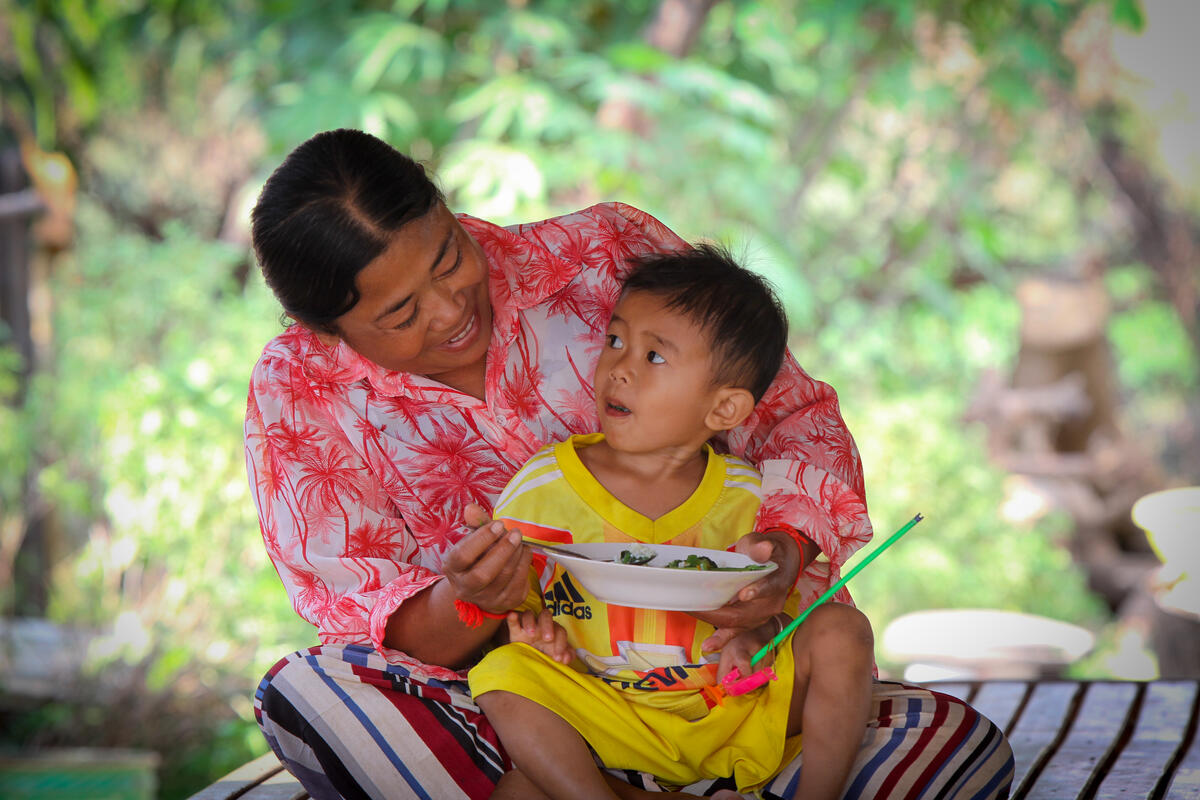 According to a survey conducted by World Vision in 2020, only 67% of grandmothers surveyed were aware of the five optimal infant and young child feeding practices, while, 47% practiced four or more potentially harmful practices that can have a negative an impact on the well-being of mothers and children.

In addition, 30% of grandmothers reported high levels of stress or exhaustion and 47% said they felt sad or depressed at least once in the previous week.

Based on these results, we organised monthly meetings to promote understanding of alternative care practices. The programme also encourages other household members to share responsibilities of the grandmothers to lighten her load through intergenerational meetings. 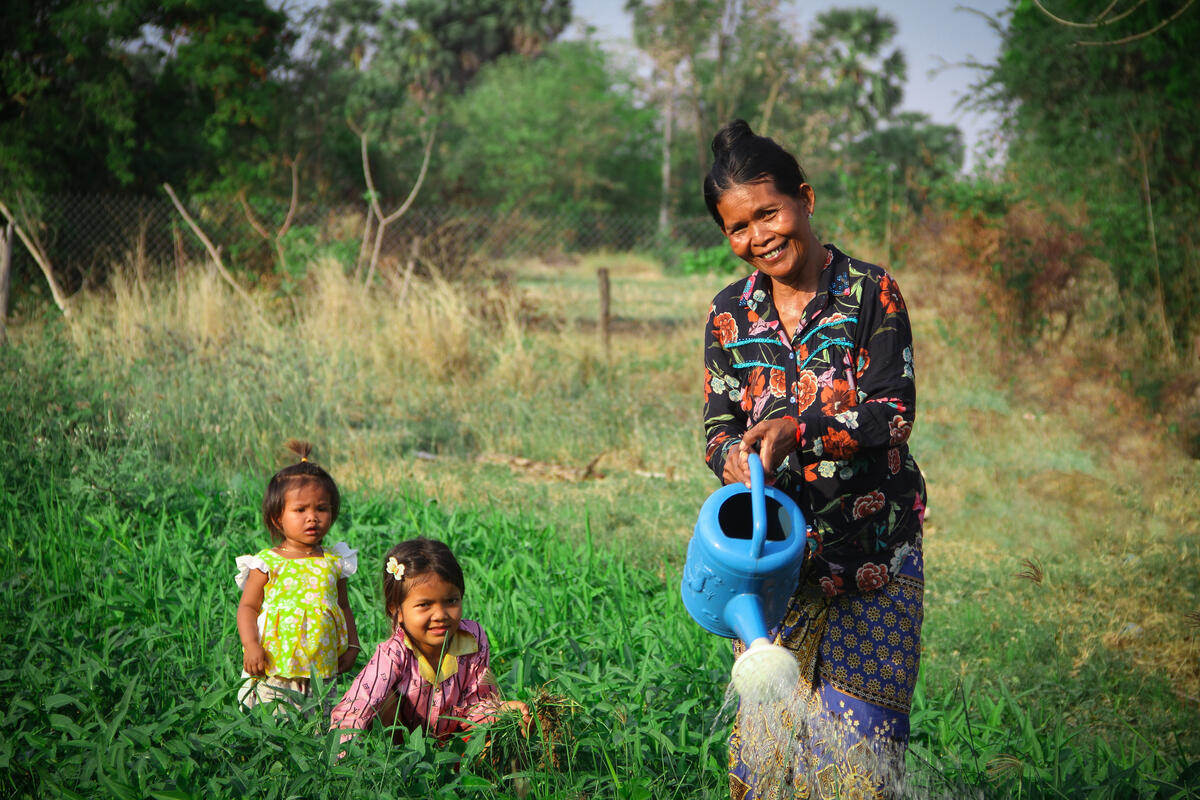 Dy and Kim have both completed four sessions of the programme.

“I had a chance to meet other grandmothers and we encourage one another. When I meet with them, I manage my stress better and I feel happier,” Kim says.

The experience of our Nutrition Programme confirms that grandmothers have a significant positive impact on a child's health and nutritional status, with the right knowledge on maternal, newborn, and child caregiving, and with a little encouragement they become agents of change in their families and wider communities.

We work closely with grandmother groups each day to ensure children are healthy and well-nourished, especially during the first 1,000 days. 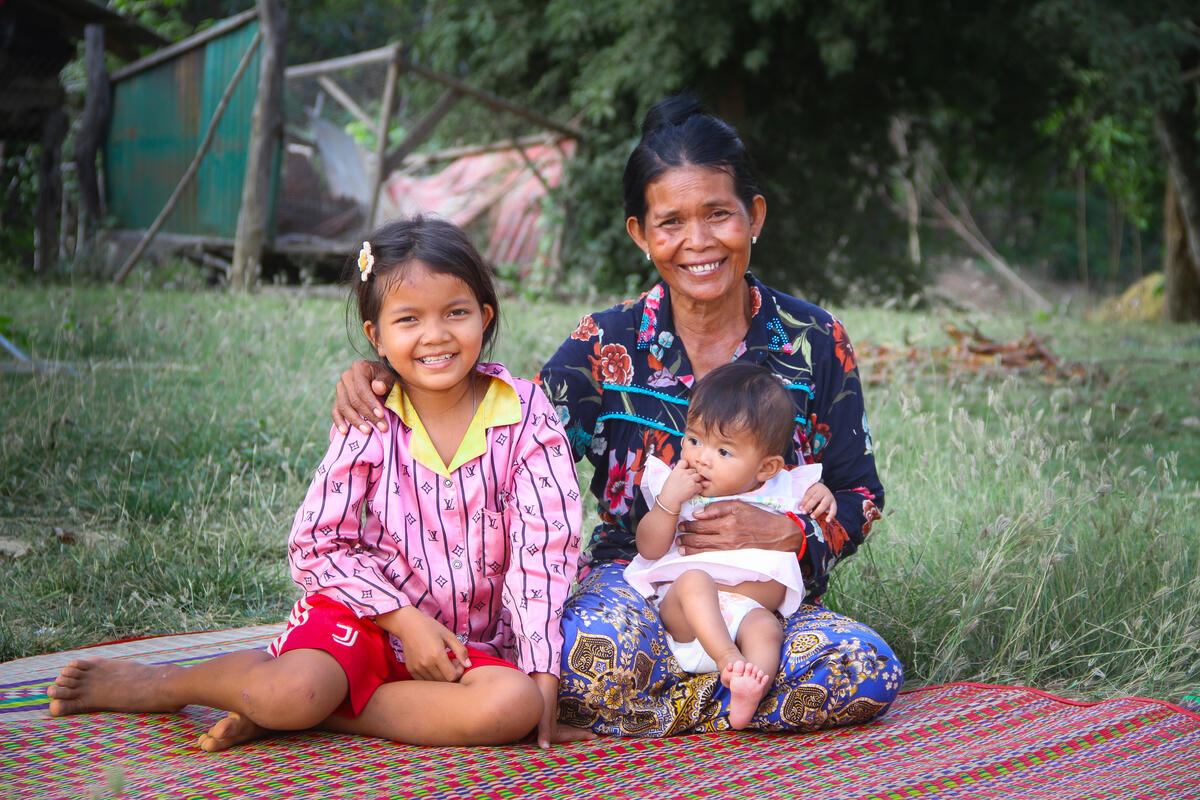 “The programme is not replacing the role of parents, but the approach is adapted to the phenomenon of parents leaving their children in the care of grandparents, so that the child’s nutrition and health needs are met and caregivers are equipped with the knowledge and confidence to care better,” says Grana Pu Selvi, Nutrition Specialist at World Vision Cambodia.

“We want to see all children, especially the most vulnerable children, are well-nourished and healthy. Since grandmothers play such an important role especially feeding the young infant, we need to provide advice that improves the knowledge of grandmothers and promotes positive behaviours and practice related to health and well-being of young children.” 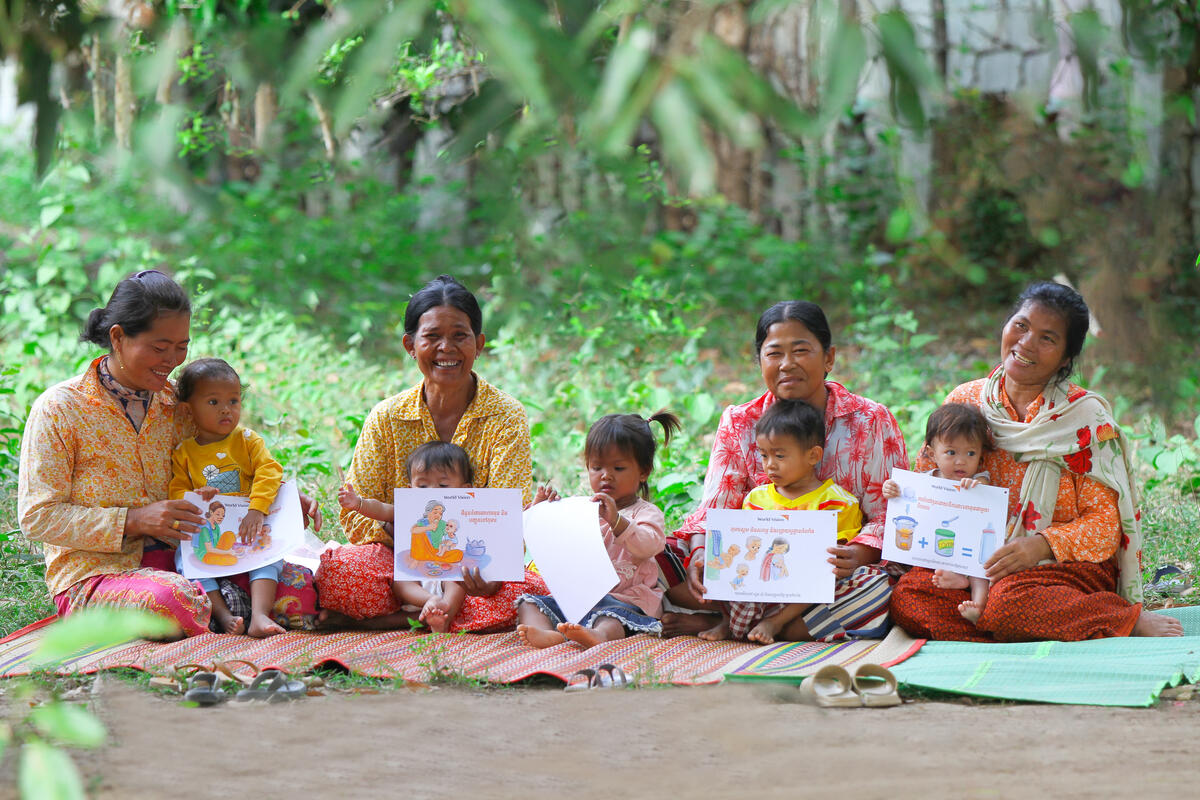