Fourteen-year-old sponsored child Evelyn from Honduras is a social activist who, with World Vision's support, has found a way to help the development of her community.

"When I started the World Vision training, I did it because my mum was taking part, but then I became interested,” she tells us.

When I discovered the issues of self-esteem and gender equity, I became passionate.

For Evelyn, adolescent girls in her community are at a disadvantage compared to their male counterparts. 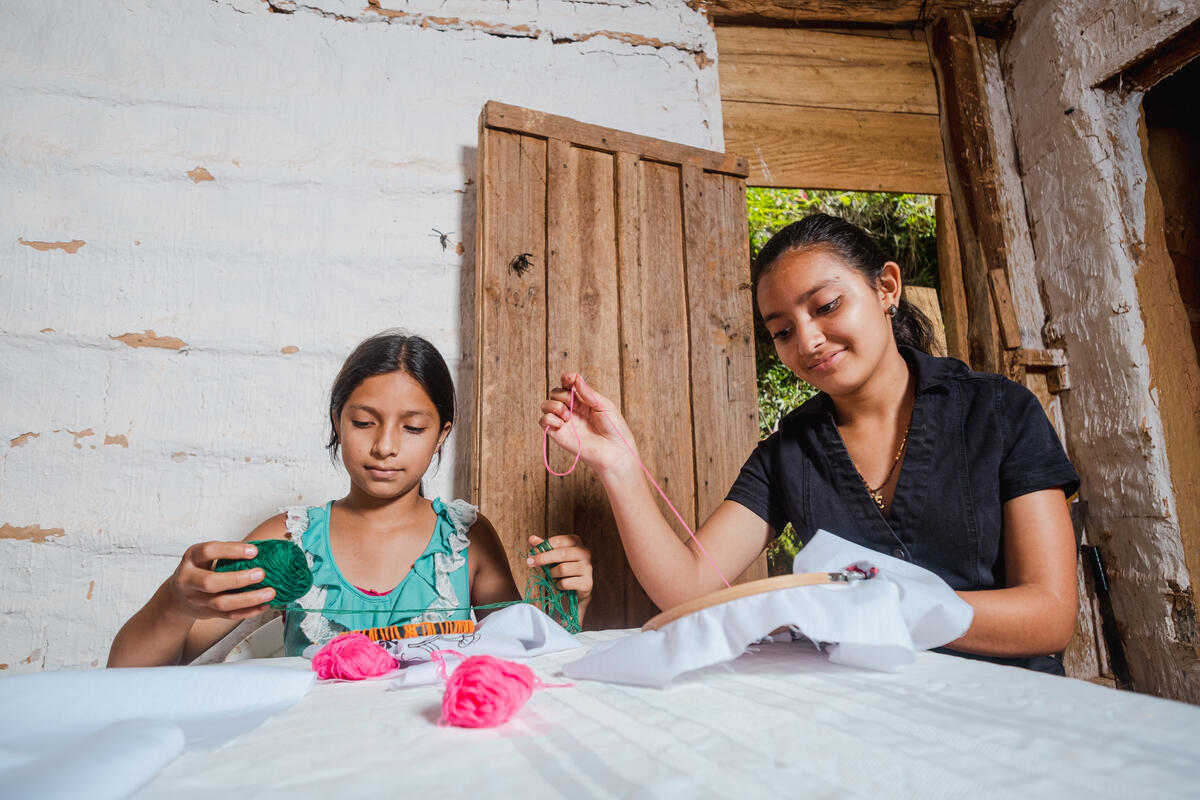 "I believe that women are strong and if we are taught to trust ourselves, we will never feel inferior to a man," she says.

Thanks to the social leadership training, she has become a spokesperson for change in her village.

"Many times, I feel like a counsellor to my friends and I know I can reach out to many young people.”

Evelyn is an excellent student currently in eighth grade, but she expresses herself with the clarity of someone much wiser than her years. 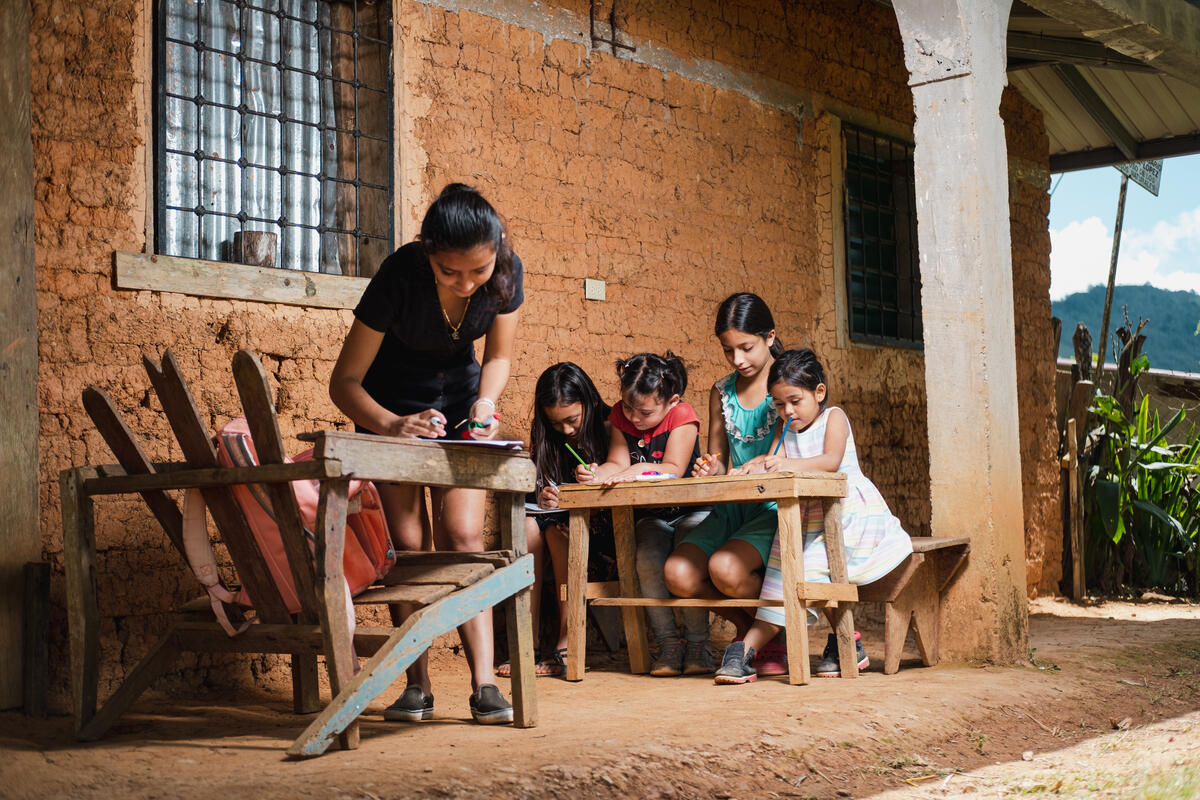 "I want my school to have a bachelor's degree focused on agriculture, and I am fighting to make it happen," she tells us with excitement.

Due to the lack of agricultural training available, many young people have to leave the village and even the country, to be able to gain such an education.

Evelyn has already met with local authorities twice to discuss this issue, and she has no intention of giving up on this dream.

And thanks to her efforts and perseverance, her school now has a new roof. Before then, heavy rain led to flooding in the classrooms.

"It was difficult to arrive early after a rainy day to have to sweep the school, because the roof was not covered. The field was flooded as were the classrooms," she explains. 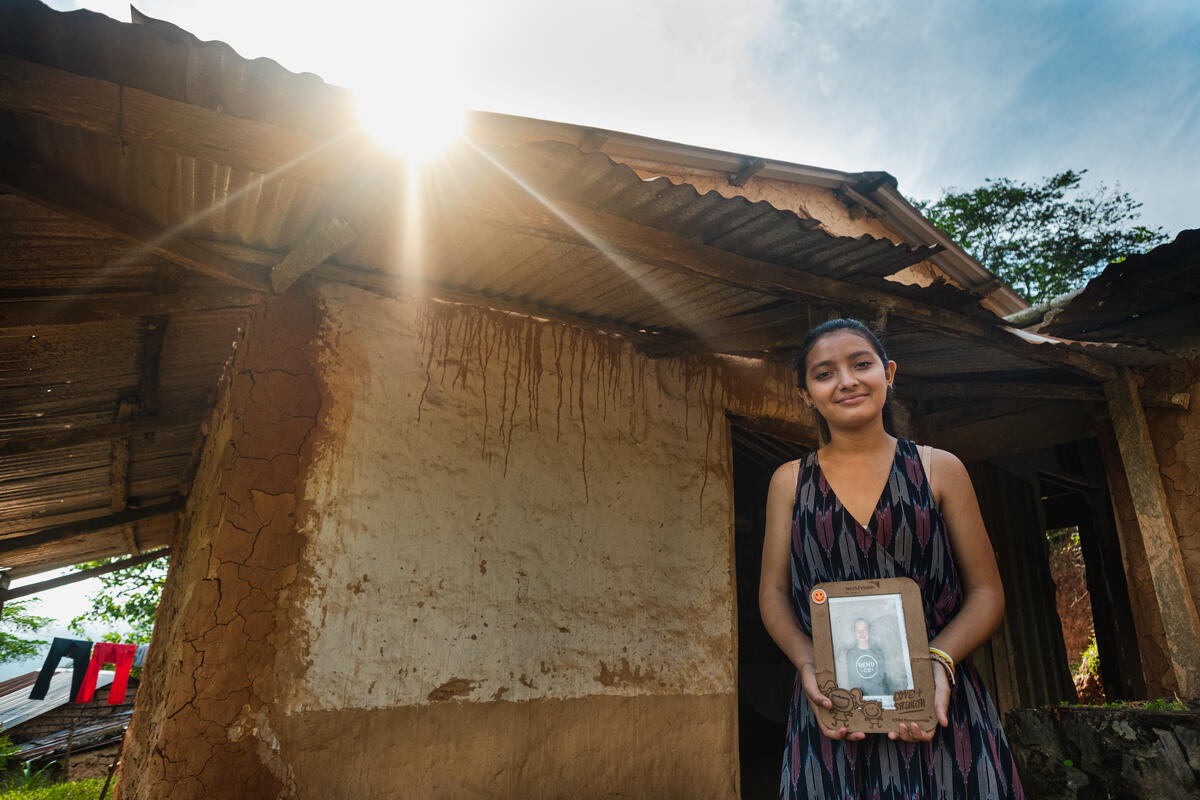 Evelyn is a sponsored child, and says her current sponsor – who is also 14 - “has become like a sister."

"When the disasters happened last year, I received their help at the time I needed it most, and I am only grateful.”

After winning speech contests, inter-school projects, and becoming an exemplary young woman in her community, Evelyn tells us that this is just the beginning.

Thanks to Evelyn's sponsorship, many children have benefited from the impact of her contribution to the social transformation of their environment.

Evelyn says her strong relationship with her mother allows her to have a clear vision of her goals and to continue fighting for the welfare of the most vulnerable in her community.

Find out how you can sponsor a child like Evelyn.