She walks towards me through the hallway of our office, shining it with the light that is beaming out of her face and smile. Etidal Hammad, from Wad AlNees village in Bethlehem, worked her way from living in a conservative society to become the first female member of a male-dominated village council.

Etidal started working with World Vision Jerusalem - West Bank - Gaza 10 years ago as a  community health worker and community organizer. At that time, her father had passed away. Her brother was arrested and her mother was not in a good health. She was considering quitting university in order to get a full time job. She had to step in and be the family provider.

According to UN statistics, one-fourth of Palestinian families (1.6 million people) are either severely or moderately food-insecure, and in 2016, 11% of these households were headed by women.

Through her university network, Etidal was introduced to World Vision's work. She saw her work as a community health worker and community monitor as an opportunity to continue her studies and support her family financially. 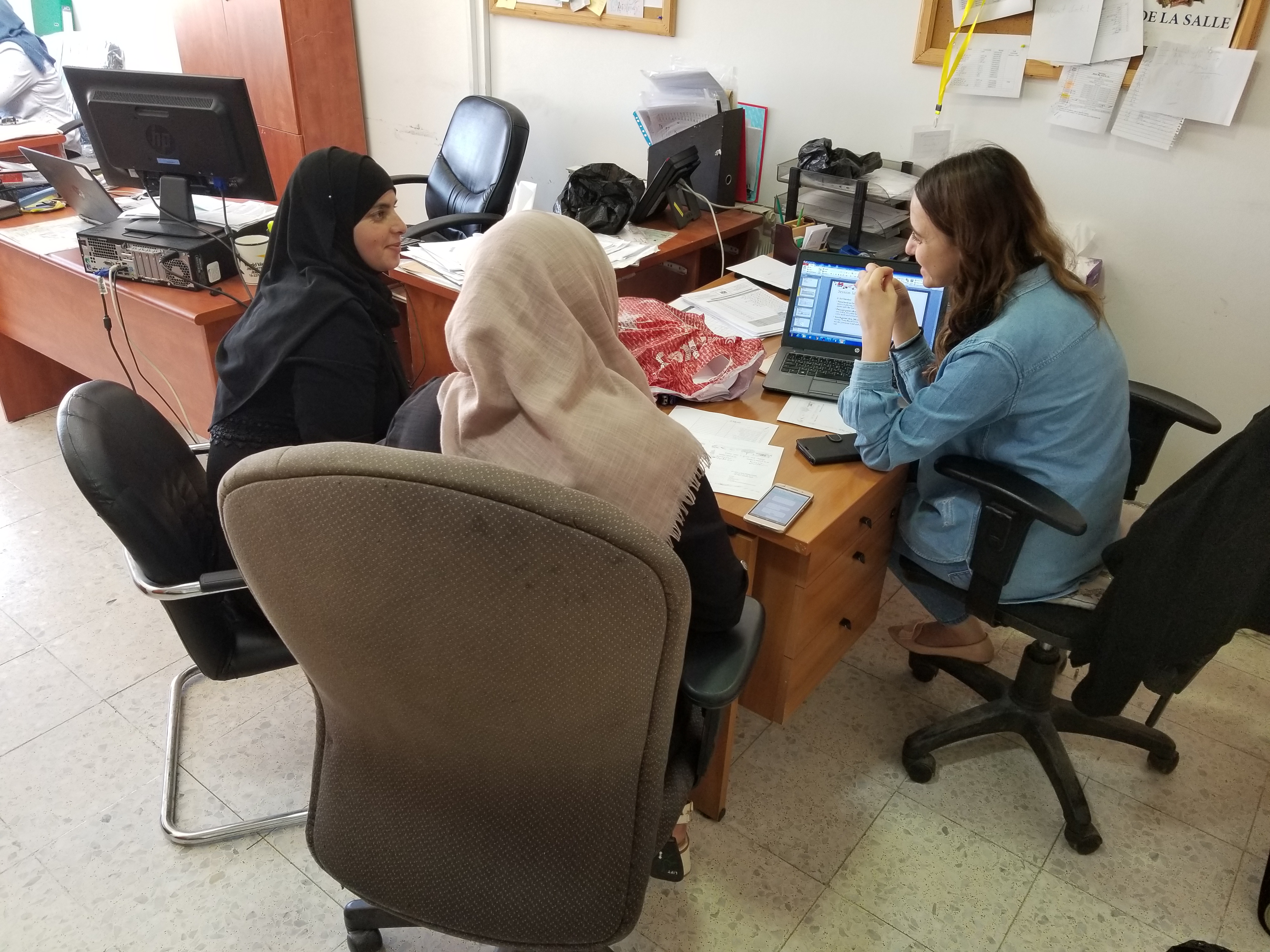 Her involvement with World Vision didn’t just give Etidal the financial support, but it also built her self-esteem, perspective on life, and confidence. She decided to step out of the traditional role of a women in her society and become a change agent. One of these steps was joining the council of her village and becoming the first female member to accompany councilmen in decision making. “The first time I attended a meeting at the village council, I was late. When I entered the room, they all stared at me and thought: ‘did we run out of men so now we have a woman attending such a meeting?’,” said Etidal. “I told them: you all came from a woman like me to   begin with! Now, if I miss a meeting, these councilmen call to ask if I’m okay.”

During her time working with World Vision, Etidal became an information source to her community. Through the health training given by WV, she started detecting health problems in kids in her village. She once figured out that a child was sick, when his mom hadn’t noticed, and sent him to the hospital for medical attention. With the techniques she learned from Go Baby Go program, she recognized that a child in her village was deaf, when his parents hadn’t noticed yet. Before Etidal took initiative, her village didn’t have a clinic, so she brought partners involved in health and persuaded them to build a clinic in the village. She also started the first batch of health records for residents.

Etidal is a role model for other women in her village. She shares with them her lessons learnt through her participation with World Vision and motivates them to change their situation at home. “Every woman should understand that she is an independent individual. Women are not only born to nurture others, but also themselves. Women should live the way they see is right and not how others expect them to live. Women should believe in themselves; no matter how hard the situation they live in, they have to know that they are capable of achieving a lot,” explained Etidal.

As a mother, Etidal has joined several trainings through the health program of World Vision. She has learned a lot about motherhood and raising children. “I teach my children how to become better than the mindset based on gender of the society we live in. I educate them on gender equality and that my sons are on the same level as my daughters. I engage my children in World Vision activities so that they understand how I became the way I am,” commented Etidal. “I’m not their only source of information, of course, but I will always be the strongest influencer as their mother.” This is why World Vision Health program targets mothers, because in Palestinian culture, women hold the main responsibility to raise and nurture children.

Etidal is a symbol of an independent, strong, rural woman. She was raised in a hierarchical, manly society, but understood that there was something wrong, and thus decided to be different. She was able to rise above traditional expectations of her role as a woman in society and make changes in her life. Etidal became an inspirational model and an advocator for this generation, as well as her children’s.