As an old adage goes, when the sun rises, it rises with everyone. The break of dawn in Omugo refugee settlement unfolds with people and nature feeling optimistic for a new day.

Weaver birds are among the early risers in the settlement. They hover in the sky, painting it with brightly coloured feathers as they sing to the new day. Before the dew dries off the vegetation cover, most refugees are already out of their mud and wattle huts, ready to fend for their families.

A group of 25 farmers –all South Sudanese refugees; women walking while hanging hoes on their shoulders and some men holding basins– brave the early morning cold as they wade through knee-tall grass to their vegetable demonstration garden. They move with stamina and look recharged. It is harvesting day at the garden.

The farmers have waited three months for their harvest. It is not their first harvest though; they have had four successful previous harvests. Ecstasy is evident on their faces as they take position in the garden to pluck the ready vegetables. 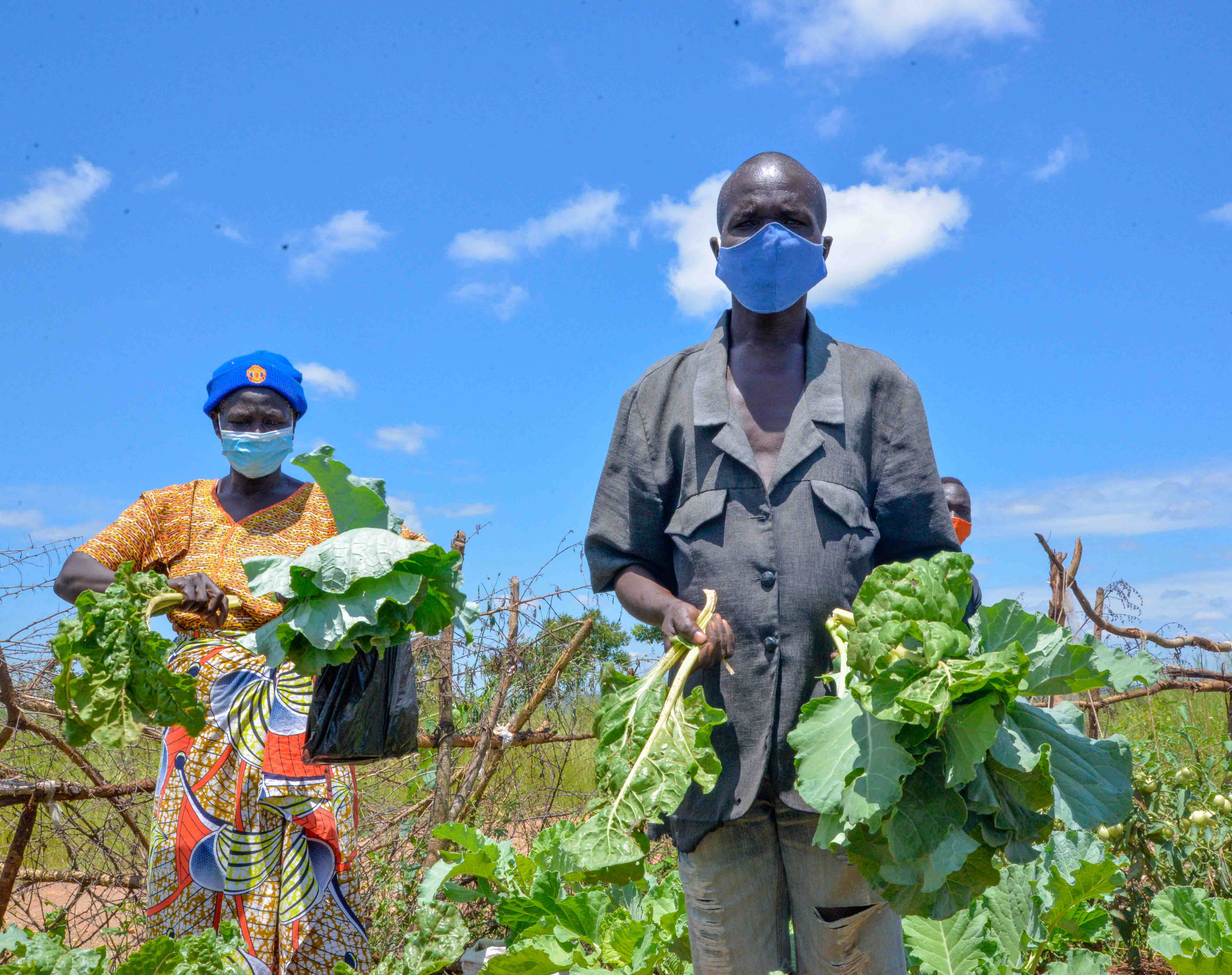 Vegetable gardens a sigh of relief

Vegetable gardens are keeping hope alive for most refugees here. When World Vision’s food partner, World Food Programme, announced a reduction in the monthly food ration last year, many refugees drowned in waves of hopelessness. Some contemplated going back to war-torn South Sudan rather than dying of hunger in settlements.

Vegetable gardens have since changed the narrative. Hope has been restored. It explains why refugees cannot hold back their excitement every time they harvest.

“World Vision is supporting us to meet our feeding needs through our vegetable garden”, says Mary Kiko, a farmer. “We now understand that changing diet does not mean eating meat all the time but rather having greens to supplement the cereals.” She says the dry cereals they receive come with challenges. “Because of the time they spend in transit, they become very hard and take a lot of time to cook; but greens are easy to cook for children to eat on time.”

The main objective of the gardens is to improve access to food and ensure that crisis-affected people consume adequate and nutritious meals in times of need. Beneficiaries are trained on seedling nursery establishment, transplanting, weeding, pest and disease management, and how to market the produce. They have benefited from assorted vegetables seeds such as sukuma wiki (collard greens), onions, tomatoes, eggplants, and cabbages.

“My children are well-nourished because of the vegetables we enjoy at home”, says Dawa Kojo, a mother of three. “Before, it was hard to buy greens because getting the money was hard; but after joining the group, every time we harvest, I go home with a variety of greens. Sometimes, I sell part of my share to meet my household basic needs.” 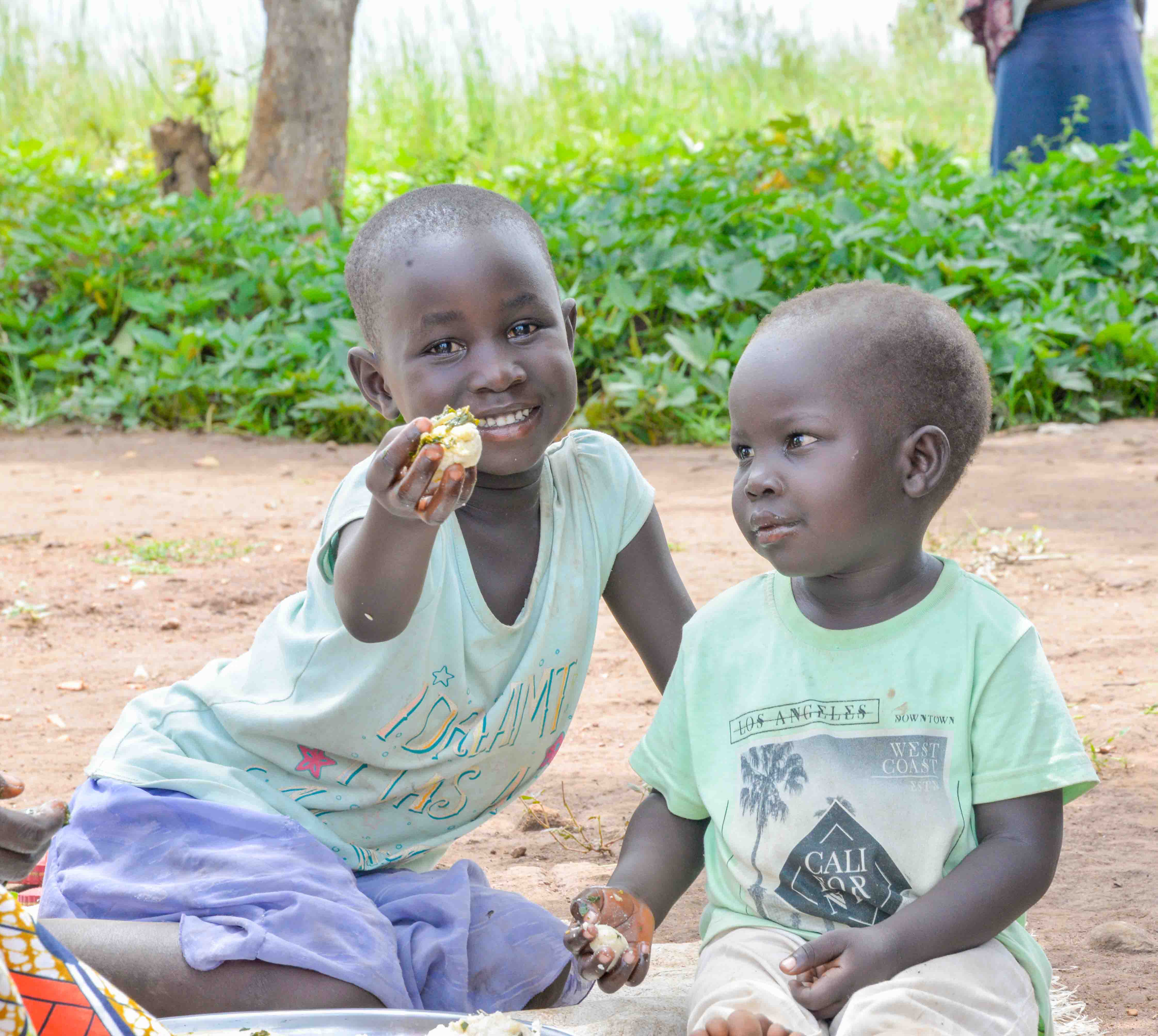 She can see a difference in her children's health. “The body immunity of my children was also very poor”, she says. “They were sickly all the time because they never liked the food we were eating. Vegetables like okra have turned around the health of my children. The garden is our life.”

Food insecurity is the leading cause of wasting among children, and malnutrition is the main underlying cause of 45% of all preventable deaths of children under five. Children who suffer from wasting are 11 times more likely to die than well-nourished children.

The nationals have warmly welcomed refugees; some offering free land to them for farming while others offer land at a relatively cheap price. The collaboration has enhanced food security for refugees and the host community. Most refugees replicate the knowledge in their small kitchen gardens for consistent production of vegetables.

World Vision is not only supporting refugees to alleviate hunger, but also farmers from the host community.

Acidri Muhamad Hassan has been a subsistence farmer for many years. In June this year as he prepared his garden, World Vision provided him a range of assorted vegetables to boost his household resilience and livelihoods.

“The opportunity found me when I was prepared. Accepting to partner with World Vision as a model farmer for the host community has been a big blessing in my life", says Hassan. “I had idle land that I have now fully utilised, and I have started to reap the benefits. I have so far harvested and sold off tomatoes and eggplants and in a few coming months, cabbages and onions will also be ready for harvesting. My future and that of my children is bright!”

Both Hassan’s daughters, Hindim (seven) and Viko (nine), say that they have enough food at home. “I like eating eggplants, sukuma wiki and posho”, Hindim says. Viko meanwhile enjoys eating a salad of tomatoes and onions. The two enjoy harvesting tomatoes because they always compete to harvest the ripest ones.

So far, in Bidibidi settlement alone, 4,215 households from both the refugee and host communities have been supported in vegetable production. 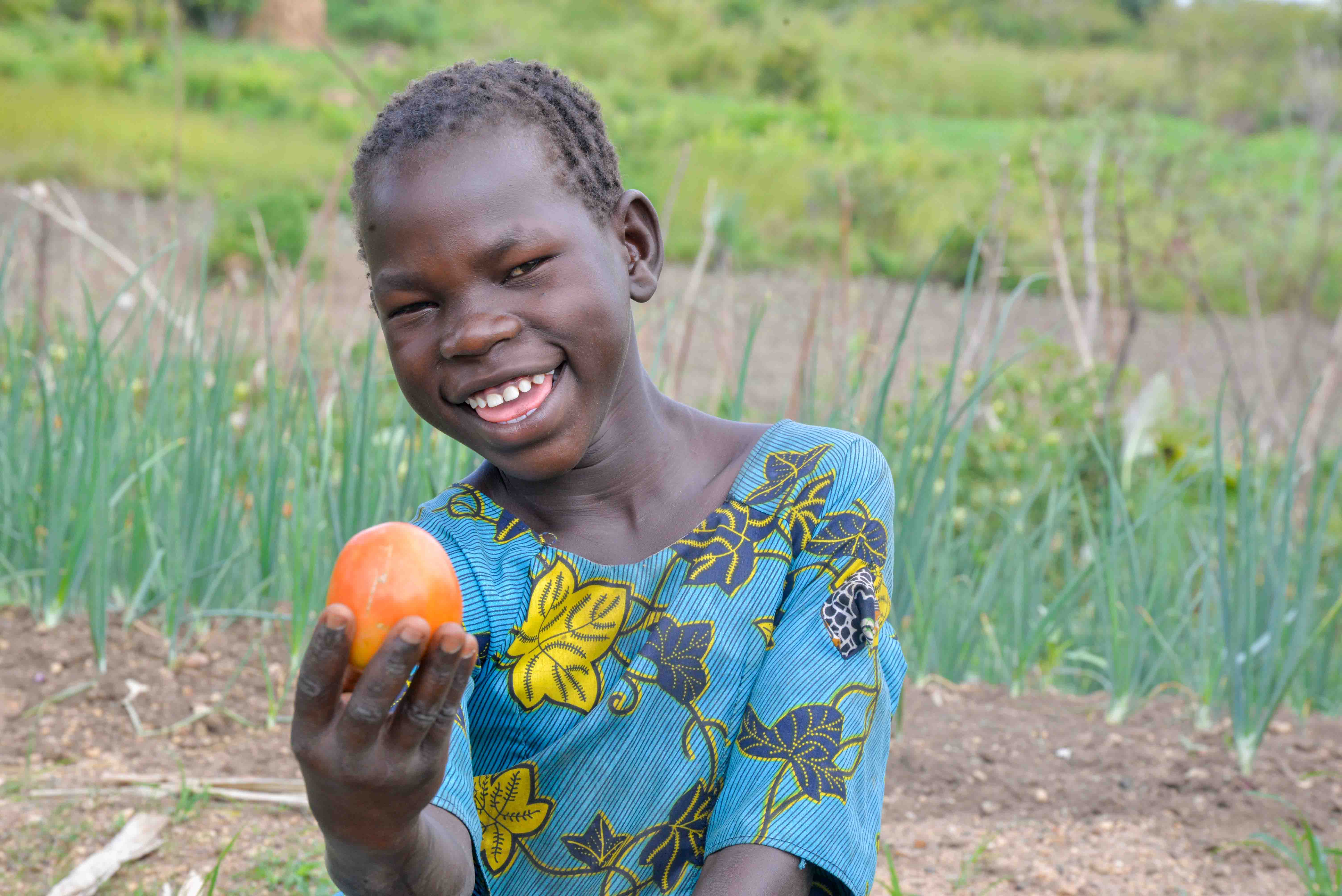 Emergency Resilience and Livelihood specialist Noel Anzo Alabi shares that World Vision continues to show commitment within the refugee and host community areas to transform production systems to sustainable agriculture, with a special focus on increasing income and nutrition to address poverty, protect and conserve the environment and ensure better living conditions.

“We provide early maturing crops to farmers which are resilient to pests, diseases, and drought to increase production. We have also established demonstration gardens for farmer groups that serve as multiplication and learning centres for transfer of technologies and practices to increase production”, Noel says. “This will increase production and subsequently income through off-farm business ventures and vocational skills development. We encourage the farmers to form savings groups, so as to have access to money in terms of need.”

World Vision’s actions in agricultural farming have been significant to preventing people from going hungry in the short run, but also stimulate production and provide greater income stability in the long term, thus reducing food insecurity and poverty. 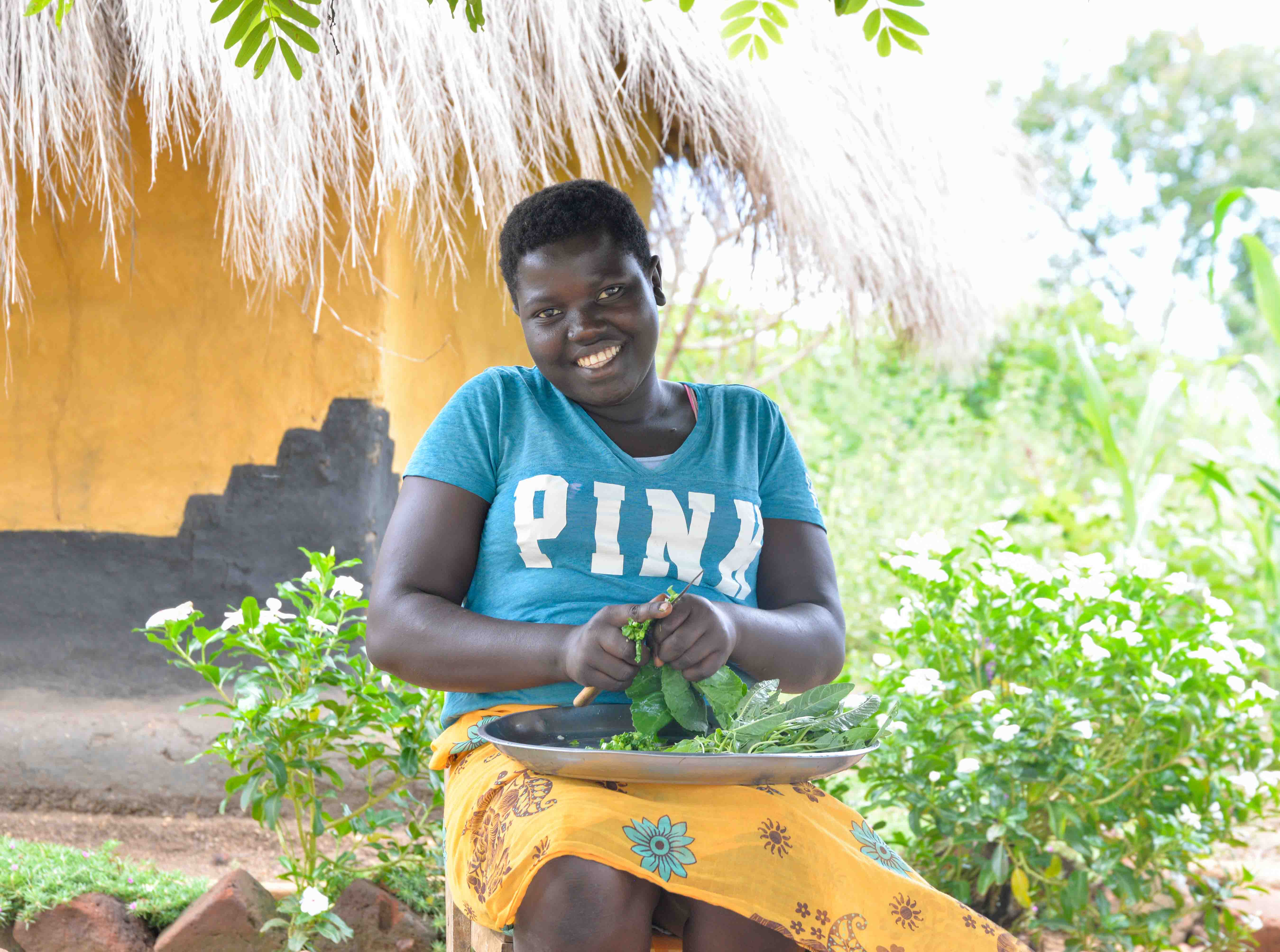