“Whenever I pass in the village and hear people say, that is Daniel – the “engineer” – I feel so proud that I have a name in the village,” Daniel said, with a wide smile. For Daniel, whose childhood dream was to be an engineer, he could not be any happier when the opportunity presented itself, thanks to World Vision’s child sponsorship programme.

“I am a skilled young man well-versed with engines,” said Daniel. “My services are sought for to fix motorcycles, milling machines and other engines. I don’t have a particular garage, but I am always on the move fixing machines.”

Growing up was not rosy for Daniel whose mother left him when he was barely one year old. “My stepmother was a harsh woman. I was always a second priority to her,” he said.

And when the Lord’s Resistance Army (LRA) insurgency reached Tubur sub-county, his home area, in 2003, life got even harder. “We were forced into an internally displaced people’s camp,” Daniel recalled. “These were congested, we oftentimes lacked food and clean water.”

It is at this point that Daniel got in contact with World Vision in Uganda. 'We’re given home-use items and when I enrolled in school, I was provided scholastic materials. I am grateful because I know that it is not usual for people unknown to you to support you,' Daniel said with a tone of thankfulness.

He recalls the past with a disturbed look in his eyes. To get school fees, Daniel would work in other people’s gardens and then plead with the school bursar to allow him study after paying a fraction of school fees. “My grades were always poor because of constantly being absent from class,” he said, adding that this always made him feel bad.

In senior two, Daniel’s world changed for the better. 'For the first time, my school fees were fully paid at once in addition to getting the necessary scholastic materials,' said Daniel. 'I don’t recall feeling hungry at school because World Vision made sure we had a meal at school.'

Daniel feels that his life would have taken a completely different turn had it not been for World Vision’s support. “My happiness is permanent. I am what I am because of World Vision,” he said. 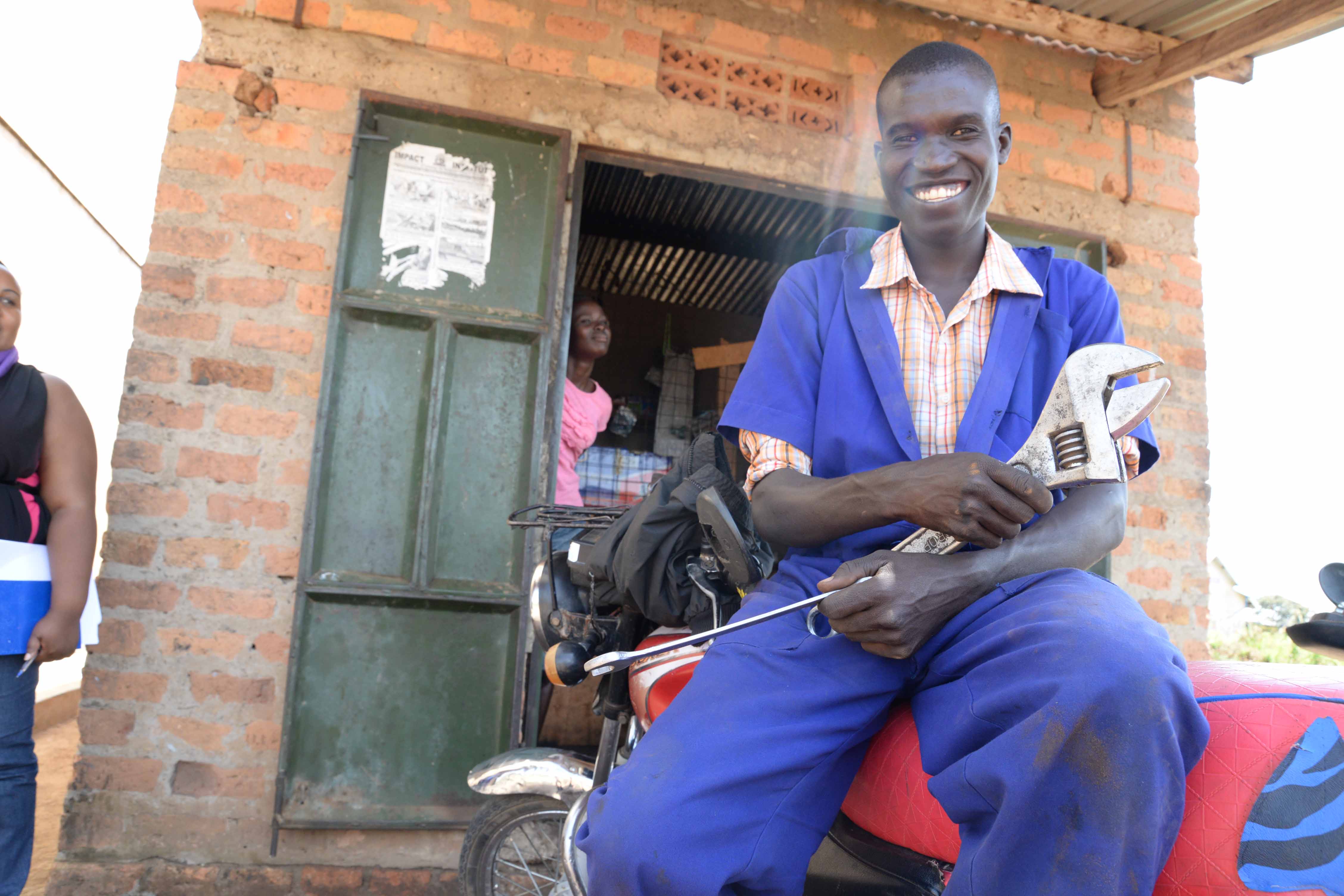 Now, Daniel is dreaming big. He hopes to become a district engineer in the future. “I am back in school and I won’t stop until I get where I want to be,” he said with a look of determination.

Daniel is not the only beneficiary of World Vision’s sponsorship. His entire Tubur community is. 'Our community was largely affected by HIV/AIDS,' said Daniel, adding that he knows a good number of people in his community who are alive because World Vision intervened in their lives. 'Even if World Vision leaves our community, its works will always be visible,' Daniel said with a degree of certainty.

Besides the educational support, Daniel purchased a cow using the money he received from his sponsor. This has continued to uplift his life. “When my cows multiplied, I sold them and bought a piece of land where I constructed my grandmother a house,” he said.

Now, Daniel can afford to fully take care of his family and himself. “From my mechanics job, I am able to buy soap, food and medicine for my family,” he said. 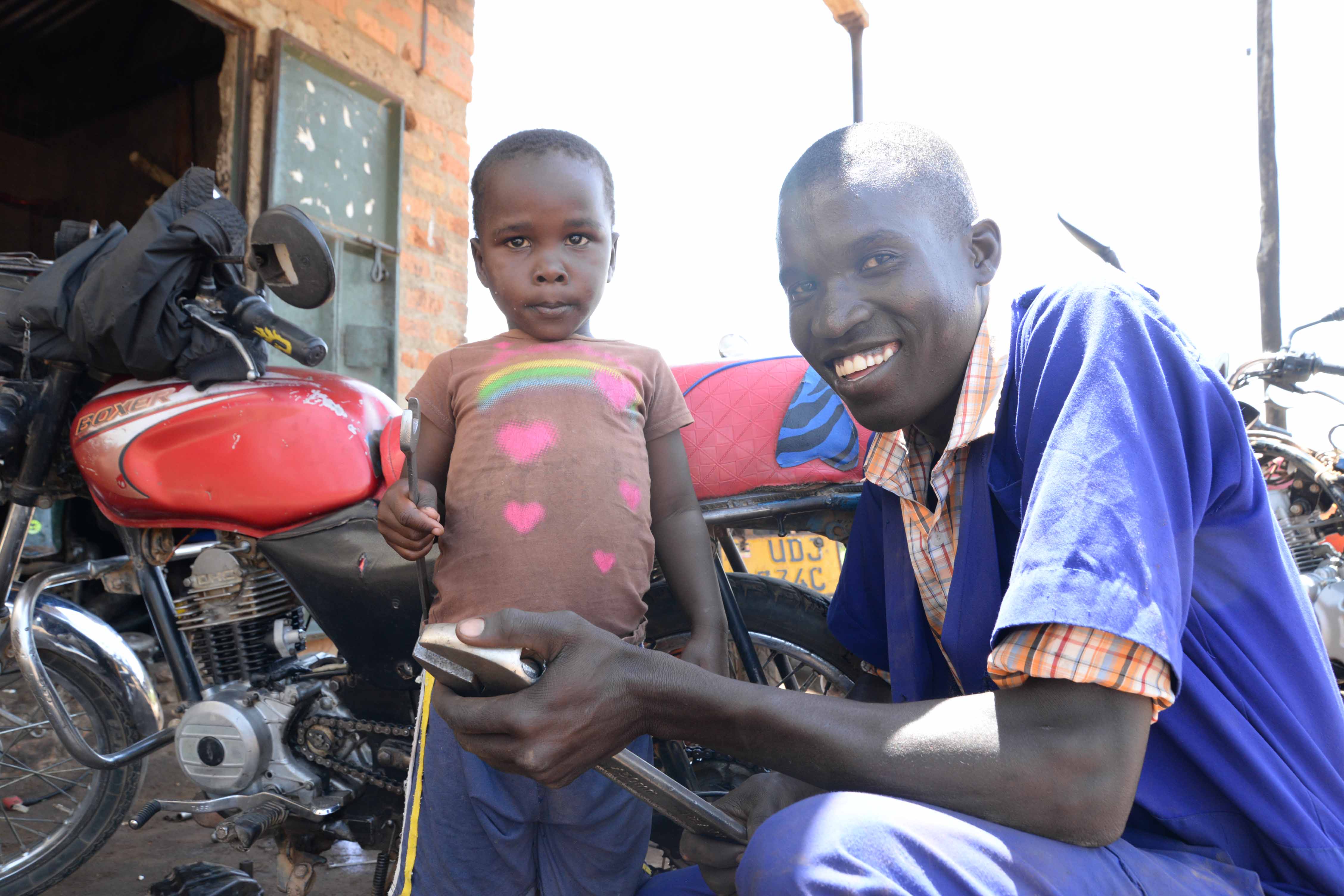 At 23 years, Daniel is a role model for young people in his village.

Seeing the positive strides, Daniel is encouraged to keep on pursuing his dreams. “When I recall how I grew up, it gives me courage to keep pushing on harder,” said Daniel, adding that giving up is not an option. “I now believe that nothing is impossible. I’m possible.”

Armed with skills and confidence, only the sky is the limit for Daniel.