He lay in the corner of a makeshift house in extreme pain. Almost all day long, the house resounded with his piercing cries. He was in a state of physical suffering, his right leg rotting away before his own eyes.

Misery filled the air around his home. Everyone who looked at him, anguished in pain, turned away with tears rolling out of their eyes. Some advised his mother to prepare him to face death, which they expected to happen anytime because he looked too frail and malnourished, but the courage and hope she had for her first child won each day, as she expected him to triumph over sickness. Even with no signs of healing happening in her son’s life, she kept her hope alive, believing and praying for a healing miracle –a rare quality of a vulnerable refugee mother.

That was the situation when a World Vision staffer found nine-year-old Joel during the refugee influx in October 2017. Joel’s leg developed a small wound that progressively enlarged and made part of the leg swell. His mother mistook it for a minor skin injury that would heal over time.

“Joel’s misery coincided with everyone’s suffering in South Sudan”, says Joel’s mother, Margret Tabu. The leg gave him sleepless nights as the civil war that displaced thousands of us intensified. “As everyone fled for safety, my brother-in-law helped to push my son on a bicycle for two days to the Uganda border.”

During registration at the border to attain refugee status, Joel was identified as a child in need of urgent medical attention.

“Every day, the leg would swell bigger and bigger”, says Margret. “I was given a letter for free medical treatment, but because of the emergency situation and several processes we went through before registering us as refugees, we never settled in one place to allow the leg to heal. He could neither play, nor go to school. All my attention was on him.”

At the reception centre in Imvepi where World Vision accessed refugees before relocating them to settlements, Joel was registered as a child-at-risk who needed urgent medical attention. His mother’s hope came alive again when she was referred to a medical partner for support.

“The support did not come through as timely as I had anticipated”, says the single mother of three. “Joel’s condition started worsening. I felt helpless. I had no money to seek proper treatment. I got worried that my son would die.”

Margret tried local herbs, but there was no change. Joel’s skin started rotting away, exposing the tibia bone and filling the house with a strong stench. During a field monitoring visit, a World Vision staffer identified Joel and brought the case to the attention of health partners working in the settlement. 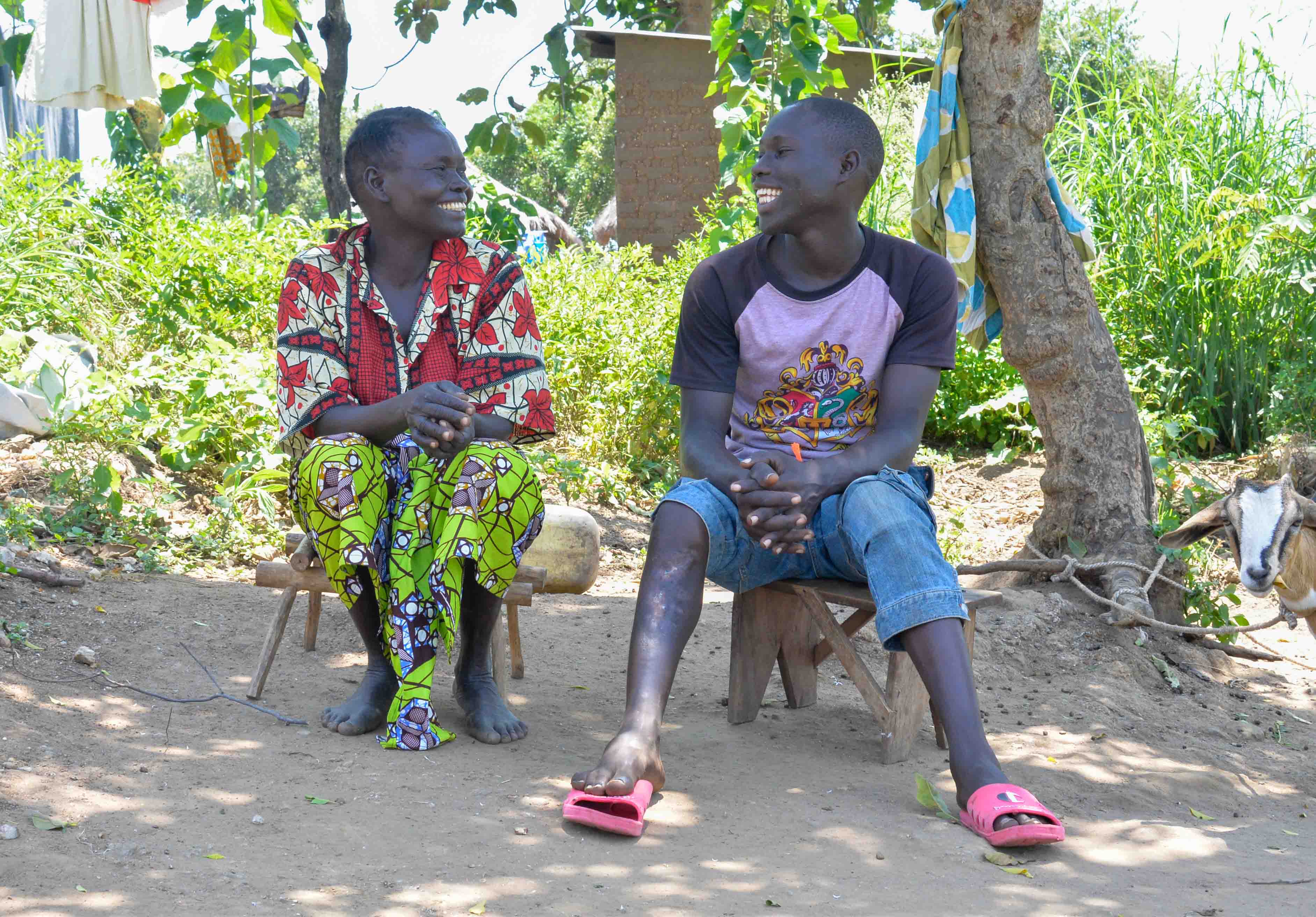 “I met an angel in a World Vision staffer called Omara Lawrence”, says Margret. “Lawrence acted so fast and supported me. He never rested until Joel got treatment. He found us when we had covered the exposed bone with a piece of cloth."

Lawrence worked with the family on their recovery journey from October 2017 for about 10 months until Joel fully recovered.

“When I saw Joel in pain, I cried. He was in excruciating pain”, says Lawrence. “I talked to my supervisor and he allowed me to dedicate time to support Joel find to specialised treatment. After several tests, the doctors found out that he had chronic osteomyelitis. This is a severe, persistent, and sometimes incapacitating infection of bone and bone marrow. He was operated on and that marked the beginning of his recovery journey.”

Lawrence did not stop at that. He initiated the process of establishing a Child-Friendly Space (CFS) near Joel’s home, since the village had none. He says he did this to ensure that Joel could play with other children.

“When I shared my suggestion to have a CFS near his home, it was considered”, says Lawrence. “I was happy because Joel was going to play and have fun –something the wound had robbed of him for long. When his leg fully recovered, he got to play at the centre just adjacent to his home.”

Margret says that when she saw her son playing again, she could not hold back her tears. She witnessed God's wonder-working power.

“I couldn’t believe it. My mind raced back to the rotting skin, the pain, and the walking stick he would use to move. He moves with a limp and the doctors said that it will be permanent”, she says.

Now in Primary 4, Joel says that Lawrence is his hero. He contributes his walking again to him. “He saved me. I can’t thank him enough. He enabled me to join school again, play football and visit my friends.”

Joel is a reflection of thousands of refugee children that World Vision has reached out to with different interventions like food assistance, child protection services, livelihoods support, and WASH (water, sanitation and hygiene). 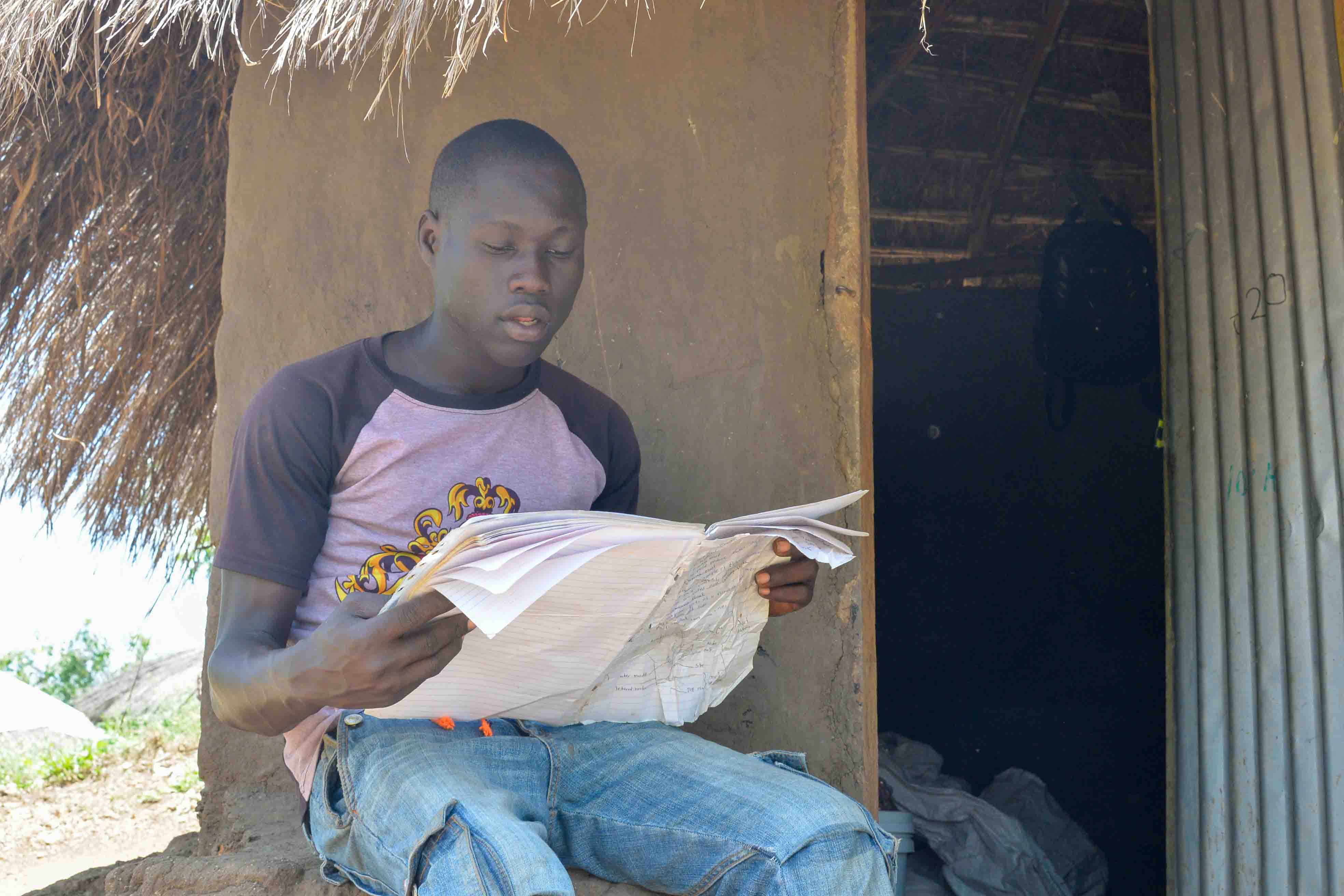 Supporting the family with cash grants

“[Before,] I wasn’t prepared enough to start a business. I bought two goats for 70,000 (US$19) each, and used the rest of the money to hire land in the host community for farming”, Margret says. “The garden has turned my life around. We can’t go hungry. Even with the reduction in the food ration, we have enough food to push us to the next cycle”.

"We have enough food at home and I enjoy eating vegetables”, Joel chimes in.

World Vision has, over the years, worked to transform the lives of millions of children from vulnerable backgrounds to experience fullness of life. World Vision continues to cause an impact in society with interventions that contribute to the well-being of children, especially the most vulnerable children, and their communities.