The civil war that broke out in South Sudan in December 2013, saw thousands flee to northern Uganda for refuge. While they are safe from the roaring guns and tribal conflict, life as a refugee can be quite daunting. They left everything familiar behind and have to fend in a new land as vulnerable people.

A Partnership between World Vision in Uganda and The United Nations Development Program (UNDP) is improving the situation for some. 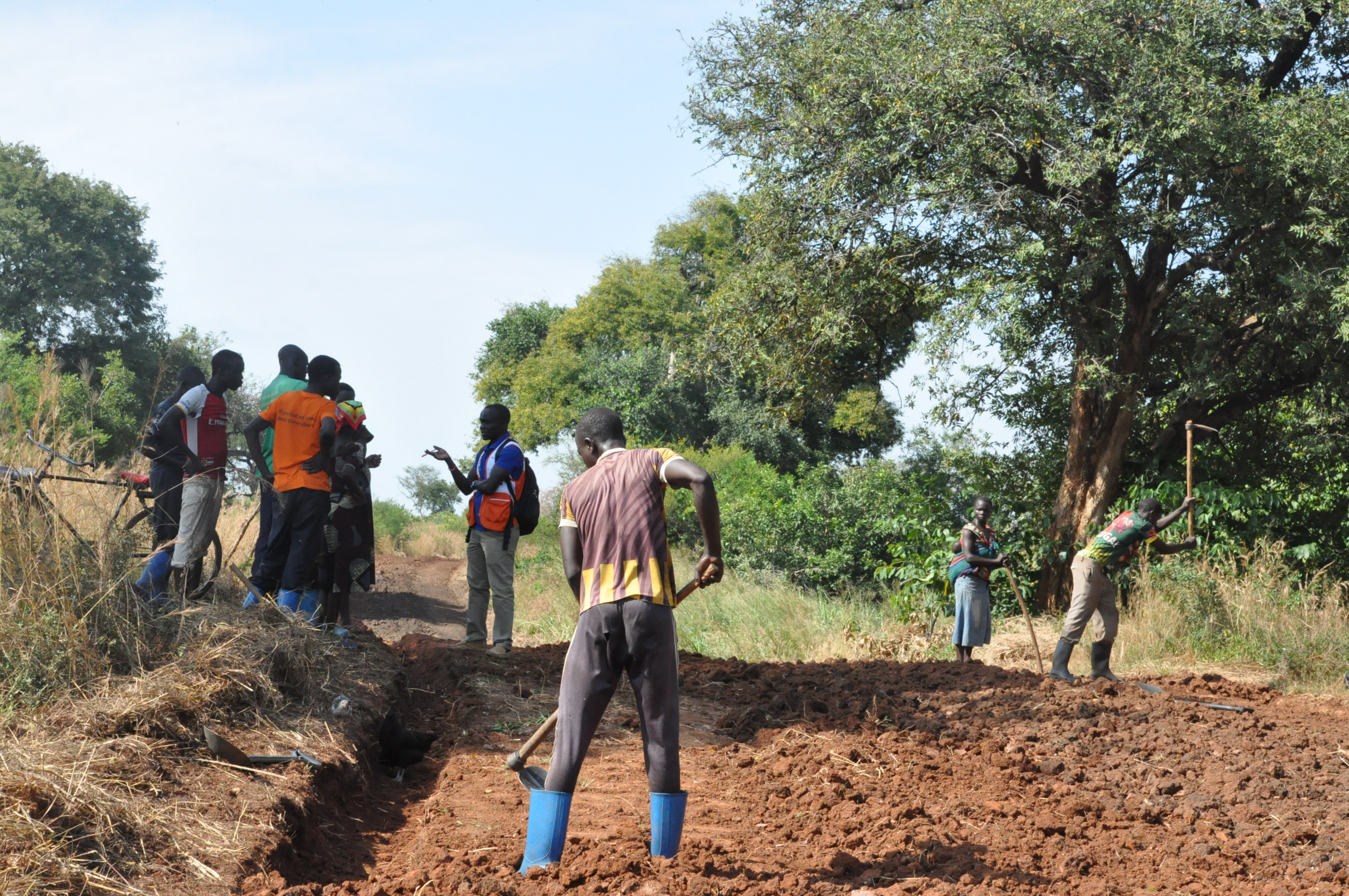 The United Nations Development Program (UNDP) has funded a project worth $300,000 that seeks to economically empower refugees and local populations to improve their self-reliance. The Emergency Employment and Social Protection Support Project was implemented among the three West Nile districts of Arua, Yumbe and Adjumani in Northern Uganda. The project targeted both refugees and the host communities with Cash for work done and other livelihood initiatives. A total of 192 households received cash for their labour.

According to the project manager, Denis Lubangakene, the five-month project focused on empowering the most vulnerable families by giving them a small income for the labour they provided within the project.

“As a result of armed conflict in South Sudan, livelihoods were disrupted as people left behind all their economic activities. The main purpose of this project was to promote resilience and self-sustenance among refugees and the [vulnerable] host community members,” Lubangakene says.

Parents were given UGX 21,000 (US$ 6) each day worked to enable them buy necessities, like porridge for their children.

Jackeline Loria is one of the beneficiaries of the project in Maaji 2 Refugee Settlement, Adjumani District. Before the project started, it was not easy for her to support her eight biological children and two foster children.

“I was running a small retail shop in the settlement but the business proceeds were not enough to support my big family. Most of the money went into buying food for the children because the monthly food ratio could not last a whole month,” Loria says. “I was engaged in cash for work activities and paid in exchange for my labour. I invested the money into my small business and life has since changed for the better,” she says.

Loria hopes to use her profits to buy agricultural produce from local farmers in the host community and sell it in the neighbouring districts. 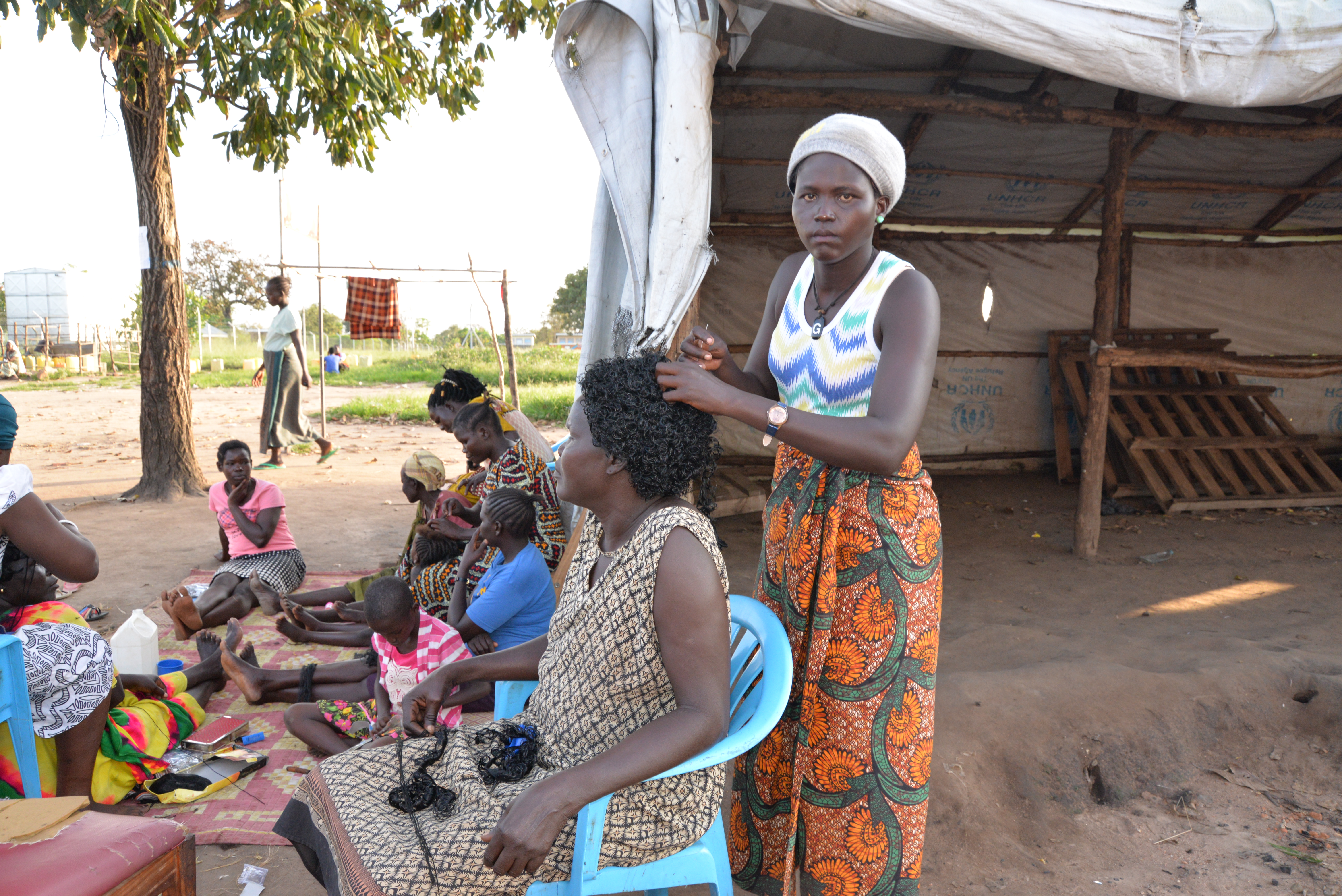 “I want to expand my business and tap into the local market outside the settlement and broaden my earnings. I also hope to construct a food reservoir in the settlement because there are days when we are hit by hunger, especially during the dry season,” she says.

For Grace Konyio, the project has made her realise her tailoring dream. Before the project, she would hire a tailoring machine at UGX 1,000 (about US$ 27 cents) daily, this would amount to UGX 300,000 a month which means she was giving away all her profit.

She is now able to look after six children - two of her own and four of her late brother’s. He died in the war.

Like Grace, Juma John was skilled in soap making, but lacked capital to start his own business.

“Before the project, I would grow crops around my house for home consumption but we mainly depended on the monthly food provided by World Food Programme. I would not meet some of my family needs because I never had the money,” John says.

“When I received the wages for my labour, I used the money to buy raw materials for soap making, that included molds, caustic soda, honey, distilled water and perfumes. I then started working,” he says.

Initially, it was not easy for Juma to get customers because his business was the first of its kind in the settlement and people were not familiar with the product.  “People preferred buying soap in shops, but I laboured to explain and the few who tried my product liked it and are now my loyal customers. I have been selling my product in the market and people are gradually trusting it.”

Beneficiaries of the cash for work project engaged in activities like road clearing, renovating houses for People with Special Needs (PSNs), field irrigation and waste management among others jobs.

World Vision's livelihood programmes reach over 25,000 people in the West Nile Refugee Response benefitting both the host community and refugees. Learn more about how World Vision is coming alongside those affected by emergencies.