Since its Independence in 2011, South Sudan has been battling ethnic tensions that escalated into a civil war since December 2013. This prolonged conflict has forced thousands of South Sudanese to flee for safety to neighbouring countries like Uganda as refugees.

But what happens when people who have been fighting against each other are resettled in the same refugee settlements in northern Uganda? There is frustration, post-traumatic stress and people still harbor the same level of intolerance for their countrymen. This has not fulled conflict only among refugees but also within the host community.

Charles Lungwa, a secretary on the Refugee Welfare Council Committee has been living in Maaji 2 refugee settlement since 2015. He says the settlement is made up of people from Dinka, Madi and Nuer tribes.

“Most refugees here came with a mindset of intolerance and on several occasions, especially during food distribution, at bore holes, in the market and at health facilities, people have been fighting over minor issues. As leaders and the Office of the Prime Minister (OPM), we intervene before the conflict escalates to the community,” Charles notes.

“At times, refugees clash with the host community members, especially on the issue of land. As a way of survival, some refugees hire land to cultivate crops. After tilling the land and planting crops, the landlord takes possession of the crops, which results in fights,” Charles explains.

In August 2019, with funding from the United Nations Development Programme (UNDP) World Vision began a livelihoods project in Maaji 2 refugee settlement that has since wiped out tribal clashes within the settlement. According to Charles, the project has brought together the tribes together and helped them live in peace and harmony.

“When World Vision together with OPM and the UN refugee agency were selecting beneficiaries for the project, they did not favour or discriminate against any tribe. Refugee leaders were also involved in selecting the most vulnerable families to benefit from the project across the settlement,” he explains. 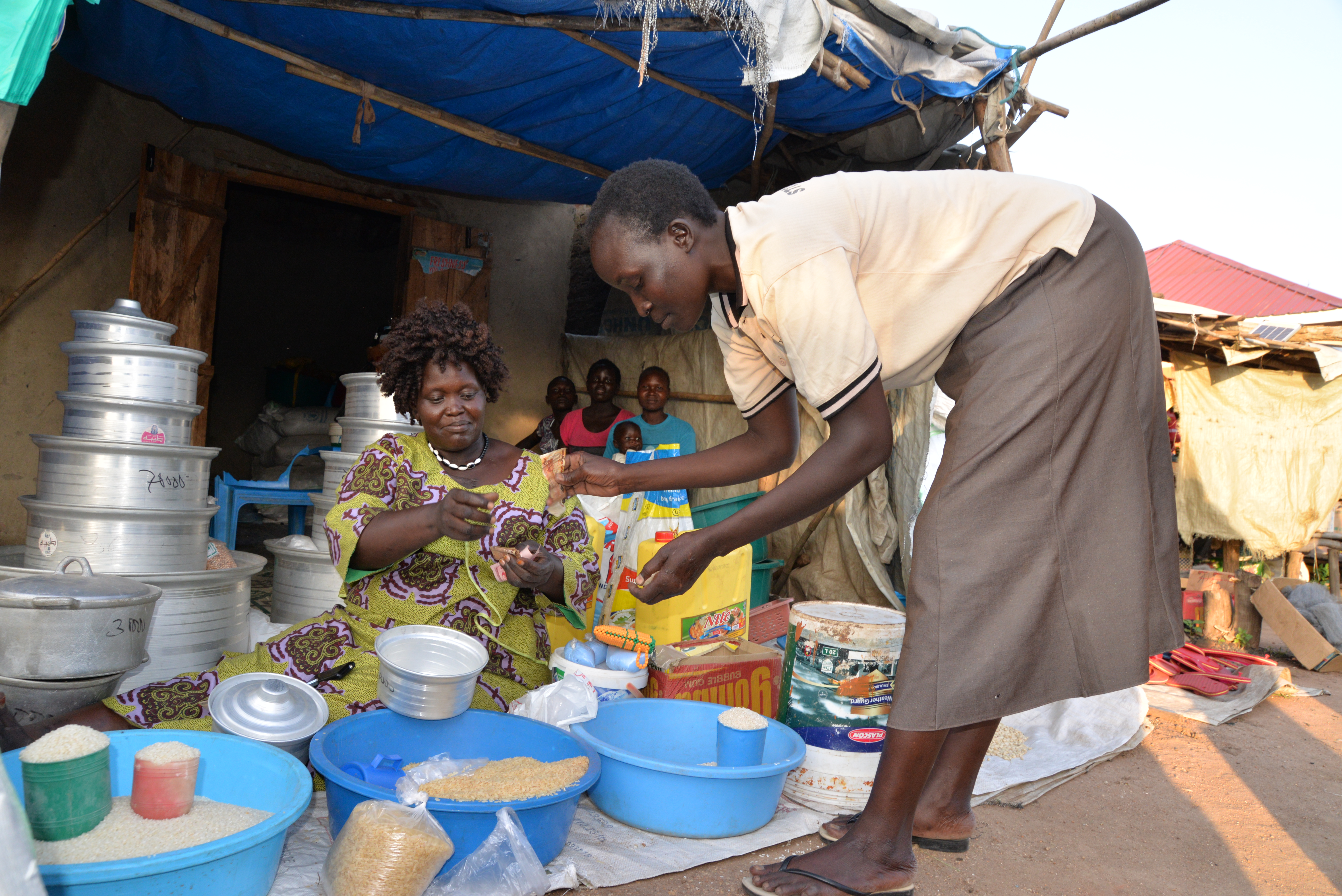 Under the project, World Vision-selected vulnerable refugees and members of the host community and were engaged in Cash-for-Work activities like road construction where refugees could work and be paid for their labour. It was during this activity that a bond was created among the different tribes.

According to the World Vision project manager Denis Lubangakene, the project has greatly helped to calm the tribal tension between the warring tribes

“Enmity and intolerance was common between these tribes but when we started the project and selected beneficiaries from all the tribes, they started meeting more often as we oriented them about the project. Months later during Cash-for-Work activities, a friendship bond started growing among them and they started loving and caring for each other,” Denis says.

“However, people who were not part of the project still do not understand how important peaceful coexistence is and [many] still carry grudges. Although it takes time, I am optimistic that if we continue implementing such projects, the refugees will be united and make their country peaceful in future,” he adds.

The project has benefitted 130 people from Maaji 2 refugee settlement.