Every day, 15 women die due to pregnancy and childbirth-related causes. Ajok Caroline, a single mother of 3, would have been one of them.

It started with her Antenatal Care. The under-equipped health centre was not able to diagnose the uniqueness of her pregnancy. “I was going to Atura Health Centre II for my checkups. My stomach was bigger than usual, but the midwife had not mentioned anything to me about it. It was later on in my pregnancy that another health worker advised me to get scans. But, because the Health Centre didn’t have the equipment, I had to go to the hospital,” Caroline narrated. Caroline travelled 30 minutes to the hospital where she found out she was expecting twins.

“At 8 months,” she continued, “I got my labour pains. It was about 8 p.m. when I felt sharp pains and started bleeding. I rushed to Atura Health Centre II, but I found it locked,” Caroline revealed.

Sitting alone on the verandah of the maternity ward, Caroline endured 3-4 hours of labour pains before the midwife came. “The midwife told me to go back home and collect all my belongings and other items to use during the delivery,” she explained.

In pain, Caroline walked back to her home and gathered all she could. When she arrived back at the Health Centre, the mid-wife was nowhere to be seen. “I entered the maternity ward and lay on the bed. I felt the baby coming and so I pushed,” Caroline revealed.

Alone, in the dead of the night, Caroline had the first of her twins

“I cut the umbilical cord of the first baby. I was about to push the second child when the mid-wife finally came and helped me push the second one,” she said as she looked at her twins perched on her lap.

The week after, on a Tuesday, Caroline started bleeding. “I went to the bathroom and found I was bleeding heavily.” At midnight, and weak from the excessive blood loss, Caroline, together with her father, sister-in-law and cousin, went to the Health Centre II. “They got a bicycle and took me to the Health Centre. We called the midwife, but she refused to come,” Caroline revealed.

It was not until they involved the LC1 that the midwife came. However, the Health Centre and midwife were not equipped to handle Caroline and her unknown condition. “I was put on a tipper truck and taken to the hospital,” she said. There, it was found that the umbilical cord had been left in her stomach. 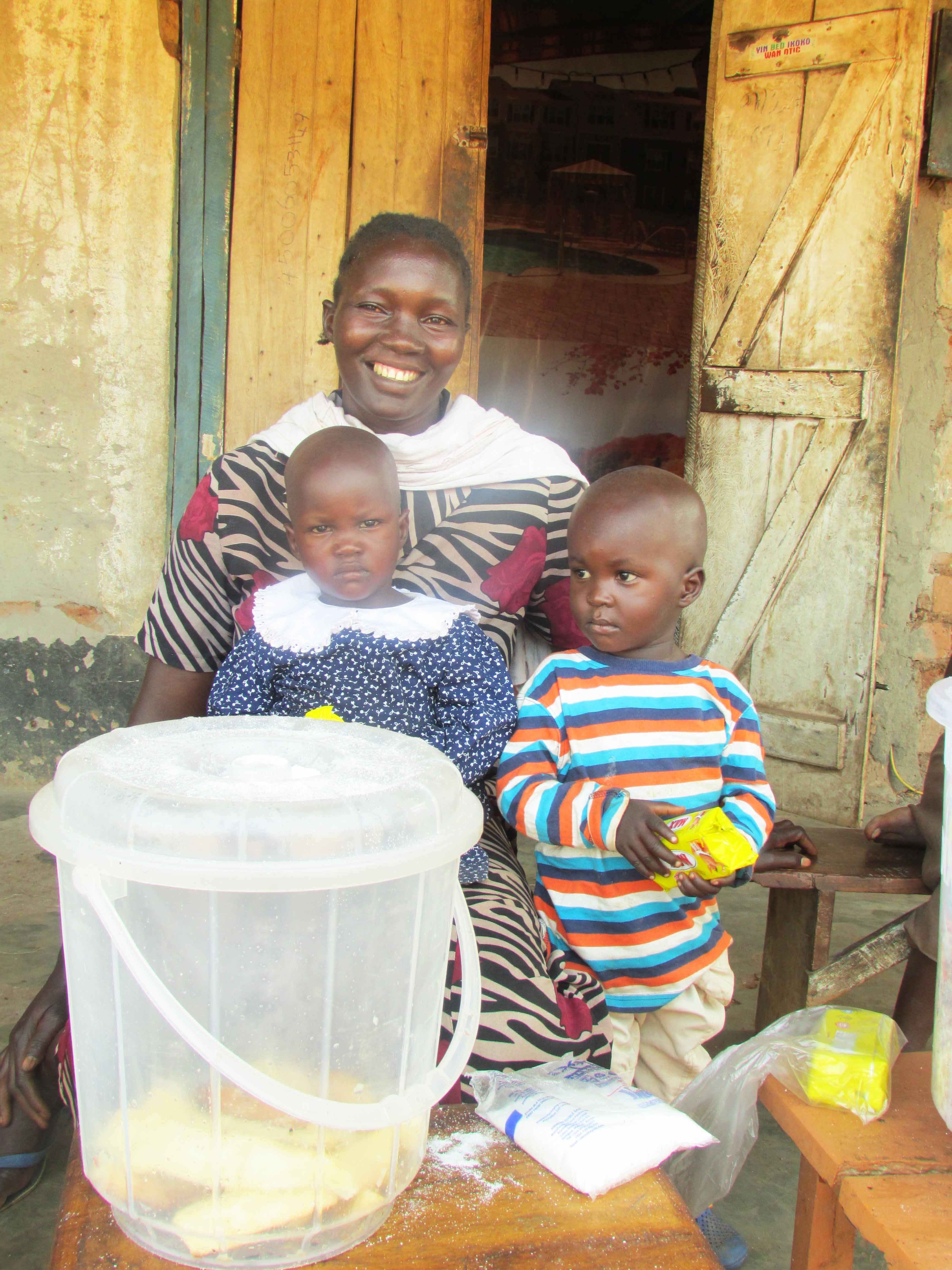 Sadly, Caroline’s experience is one that many women in Aber have faced.

“I once found a woman giving birth on the grass outside the Health Centre. I just got a cloth to cover her from passersby,” Barbara Kampinpin, a Citizen Voice and Advocacy member revealed.

In an area that serves 8,270 people, mothers like Caroline relied on one Health Centre and 3 staff: a midwife, an in-charge and a health assistant. “The Health Centre was not performing well. It was understaffed and the community complained about the services they received,” Barbara Kampinpin, a Citizen Voice and Advocacy member revealed.

We are so grateful for the support World Vision has given to this Health Centre. A lot has changed ever since then,' said Opio Walter, Chairman Health Management Committee.

One of these interventions is Citizen Voice and Advocacy (CVA). Trained by World Vision, the CVA has brought a lot of development to the Health center. “The Health Center was not performing well and the community was complaining,” Barbara explained. “My colleagues and I lobbied for a better-trained midwife and for a nursing assistant,” she added. The new midwife, Harriet Awor, has been at the health centre for the past 2 years. She is loved by the mothers.

“This midwife has been wonderful throughout my whole pregnancy. I am so glad she is here,” said Adong Teddy, as she stared into her one-day-old babys' eyes. In addition to this, the CVA has successfully lobbied for the upgrading of the health Centre from III to IV, which will ensure better services for the community. “With the upgrade, the Health center will get more staff, cesarean cases will be able to be dealt with, and it will be expanded. All the cases that we refer will be dealt with here,” Barbara explained.

Prior to the ambulance, mothers would have to trek 9 km to Atapara Hospital. “The road is so bad, and it can take about 30 mins to an hour to get from the health centre to the hospital,” Opio explained. “

Mothers were forced to use motorbikes and many mothers lost their babies because of travelling by a motorbike on the bad road,” Barbara added. The ambulance has proved a great asset to the health center. “Currently, the ambulance makes about 7- 10 trips per week,” Opio said.

In addition to the ambulance, World Vision has trained Health Centre management and employees. “World Vision trained the management in capacity building to equip them to manage the facility, community relationships and resources, and also trained us in monitoring health workers to ensure they deliver good services,” Opio explained. 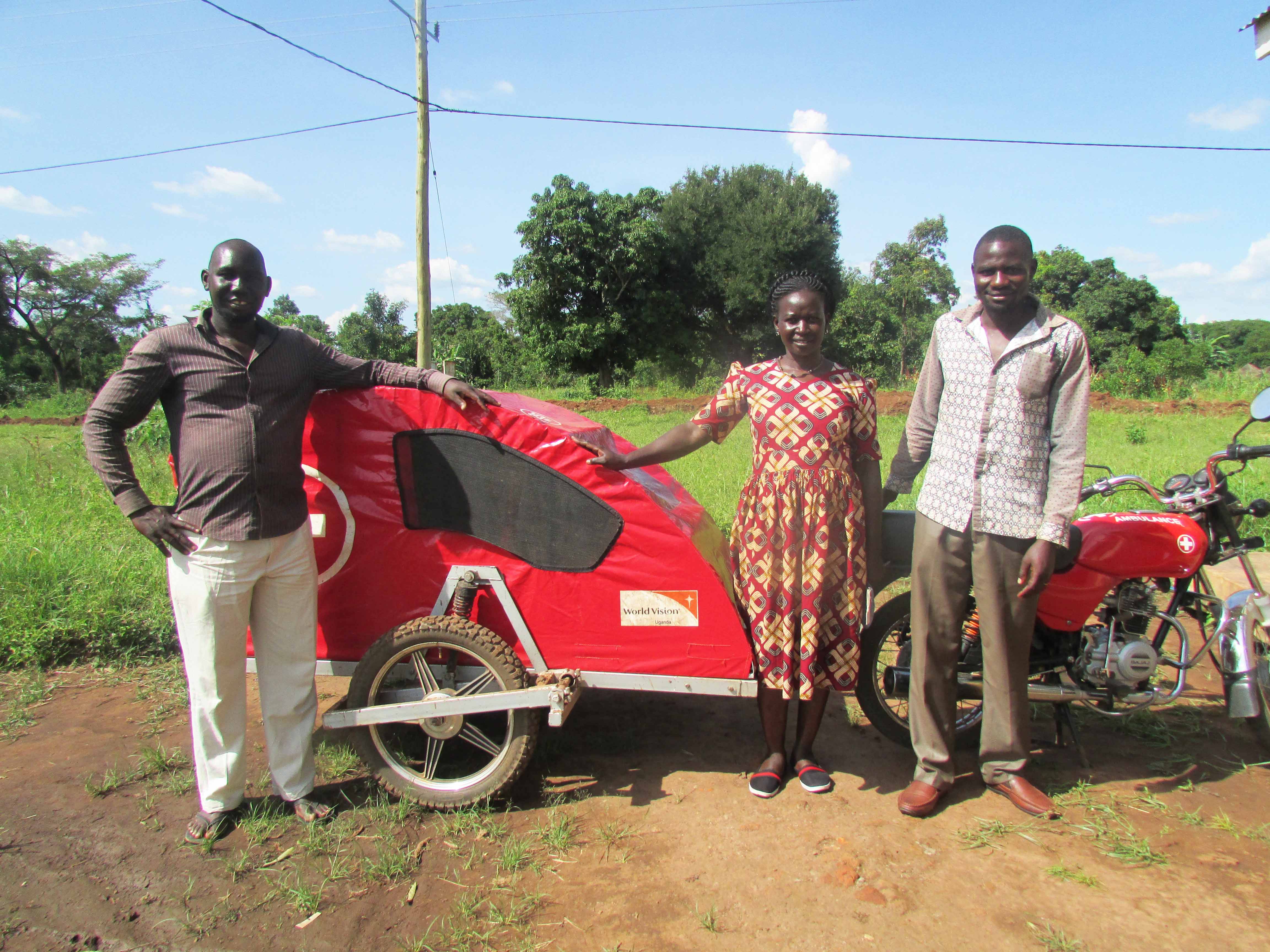 All these interventions have led to an increase in the number of women who come to the health centre. “In May 2016, we had 10 deliveries. Last month, we had 30 deliveries,” Harriet explained. Many of the mothers are excited and motivated to come to the health center for their maternal health care. “Before, we were not motivated to come to give birth in the Health Centre. Now, we are happy because of all the improvements,” Akello Prisca, a mother, said.

“World Vision provides mothers with passports and kits. The passports have the whole history of the mother, and so as a midwife, it makes it easier for me to know which cases I can handle, and refer those I can’t earlier,” Harriet said. She added, “The mama kits have everything the mother needs during her delivery. This makes the process easier for them.” With the distribution of the mama kits, and mama passports, the mother’s pregnancy is made safer. 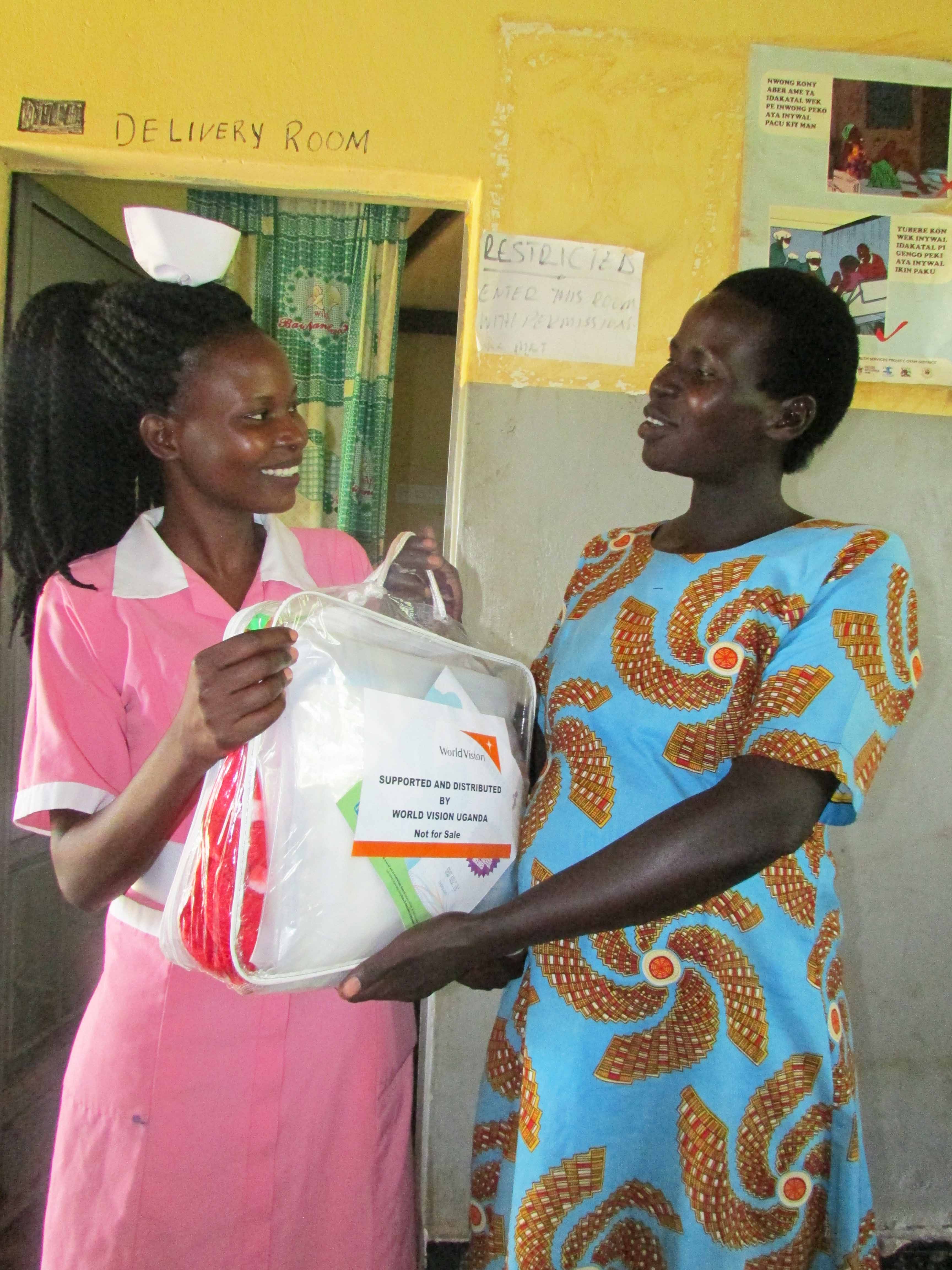 Caroline is glad about all the changes that the Health Center has made. “I am glad that other mothers are benefitting from the developments and can no longer go through what I went through,” she said smiling.