Wednesday, February 6, 2019
A city for youth is a city for everyone
Beirut, the biggest and capital city of Lebanon, has been affected, like other parts of the country, with a high number of refugees fleeing the war in Syria. The majority of Syrian refugees in Lebanon live, out-of-camps, in neighborhoods they can afford: mostly impoverished and marginalized ones. World Vision has a history of working in Beirut.
Read More

A city for youth is a city for everyone

Beirut, the biggest and capital city of Lebanon, has been affected, like other parts of the country, with...
Read more

Human migration is an irreversible phenomenon of this urban century. Building the resilience of the most vulnerable...
Read more

The 2017 Global Platform for Disaster Risk Reduction was held in Cancun, Mexico from 22-26 May. Silvia Novoa...
Read more 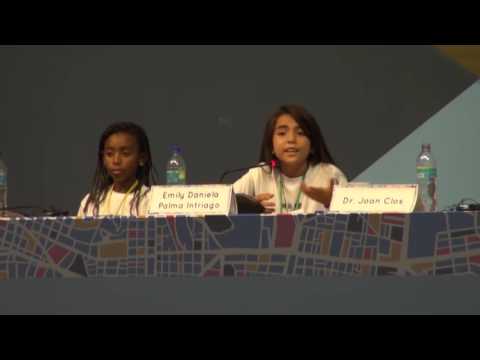 Habitat III Children's Assembly - The City We Need for Children

The Habitat III Conference, held in October 2016 in Ecuador, was only the third time in history...
Read more

Social cohesion, what do we know about it?

Urban environments are opportunities for growth and draw diverse groups from different backgrounds, however, this has the...
Read more

Historic inclusion of children at UN Conference Habitat III. What next?

“We want to tell the distinguished authorities to pay close attention to everything children say,” said Emily Daniela...
Read more

Today is World Cities Day, launched by the United Nations in 2014 to promote global awareness of...
Read more

Wasted Space is Wasted Asset of Citizens in the City

What types of public space models and policies promote rights, equity, and inclusion in the city? This...
Read more

Last month, over 200 specialists from 50 cities around the world descended into Barcelona for the second international...
Read more

From Waste to Work

Rapid urbanisation in Kenya is resulting in an increasing population within informal settlements without access to basic social...
Read more

Celebrating Children’s Right to the City

In recognition of World Human Rights Day, we must reinforce each child’s right to the city. The...
Read more

How can cities of the future promote healthy, economically vibrant and inclusive environments for children and youth...
Read more

“To the Governor of Jakarta and Minister of Youth and Sports, what is the role of the local...
Read more

Children and Youth in the New Urban Agenda

In the week following the adoption of the 2030 Agenda for Sustainable Development, the General Assembly of...
Read more