Samuel Banda is a young farmer who was surprised to see his field not produce much due to poor rainfall yet his uncle’s field next door produced a bumper harvest in the same 2018-2019 farming season.

He even suspected his uncle, Joseph Banda, of practising witchcraft and watering his crops at night using his nieces and nephews including Samuel.

Little did Samuel know that his uncle is a lead farmer under World Vision’s “Empowered World View” programme, where farmers are trained in “farming God’s way”. He eventually found out after asking his uncle how he was doing it and he not only explained but invited him to the next training.

Samuel got interested and joined the bandwagon where he, too, was trained and embarked on his “empowered” farming journey in 2019. 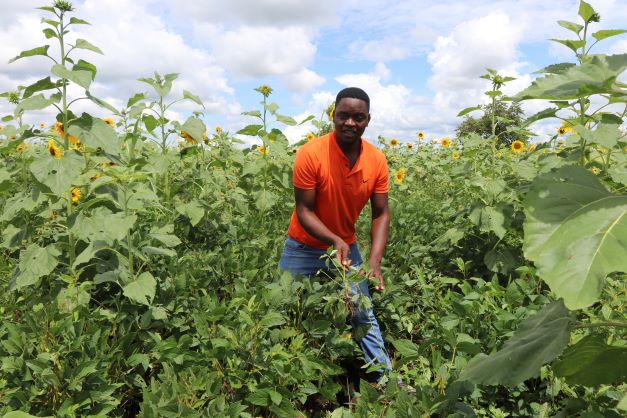 Both Samuel and Joseph of Kanjeza farms in Katete district of Eastern Province are now thriving under the support of World Vision, through the World Vision Transforming Household Resilience in Vulnerable Environments (THRIVE) Project.

And even now, he boasts of having a bumper harvest this year despite most parts of the country experiencing either drought or floods or both this farming season.

“There were more than 400 farmers at that training and I realised that I had been wasting time farming like my parents by making ridges. This new farming style of reaping works better. Five people can manage to plant a 50kg bag of soya beans in one day on a 2-hectare piece of land because we don’t have to dig. You just plant while others bury the seed”, he says.

Since then, Samuel, who was Kadula Ward Councillor from 2016 to 2021, has also been recording bumper harvests and has managed to build a decent house in his community, which he rents out to learners at the nearby secondary school. And he has managed to enrol his little child at a private nursery school.

He says he is happy that thanks to World Vision, most farmers in his ward have a change of mindset because that is a difficult thing to do. 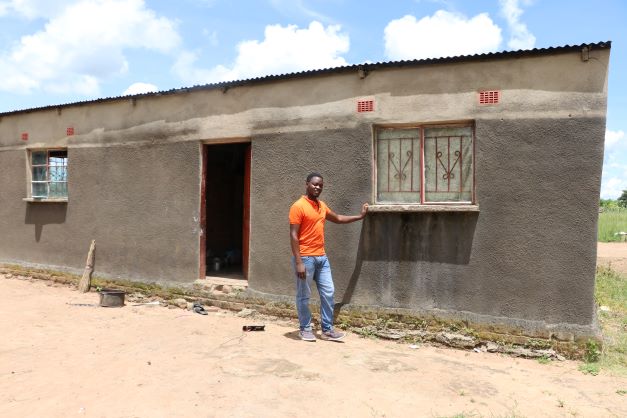 “When one does not change their mindset, poverty does not end. Even the Bible tells us that God lamented that ‘my people are destroyed for lack of knowledge. This is due to ignorance but World Vision has removed all that and we have our minds open now. We are doing well and we are grateful. Personally, am doing fine and this year, I want to buy a car”, he beams.

Samuel has called on his fellow youths to not wait for white-collar jobs as government cannot employ everybody hence they should drop the pride of being educated but instead venture into agriculture as he has. He is a Grade 12 School Certificate holder from Chizongwe Technical Secondary School.

Avelina Phiri of Azele Guze village in Katete district is also a lead farmer in her area who grows maize and soya beans and she says her life has drastically changed since she started receiving training from the THRIVE Project under World Vision in 2017.

“We were so poor. We used to eat once a day and sometimes eat maize bran or even go to bed hungry. But now we have plenty of food to even give to the dogs. My children were not going to school but now am able to pay their fees. All because of the pieces of training I have received from World Vision,” she says.

Avelina pledges to continue working hard in her farming business so that her children have all their basic needs and get tertiary education and never live in poverty again. 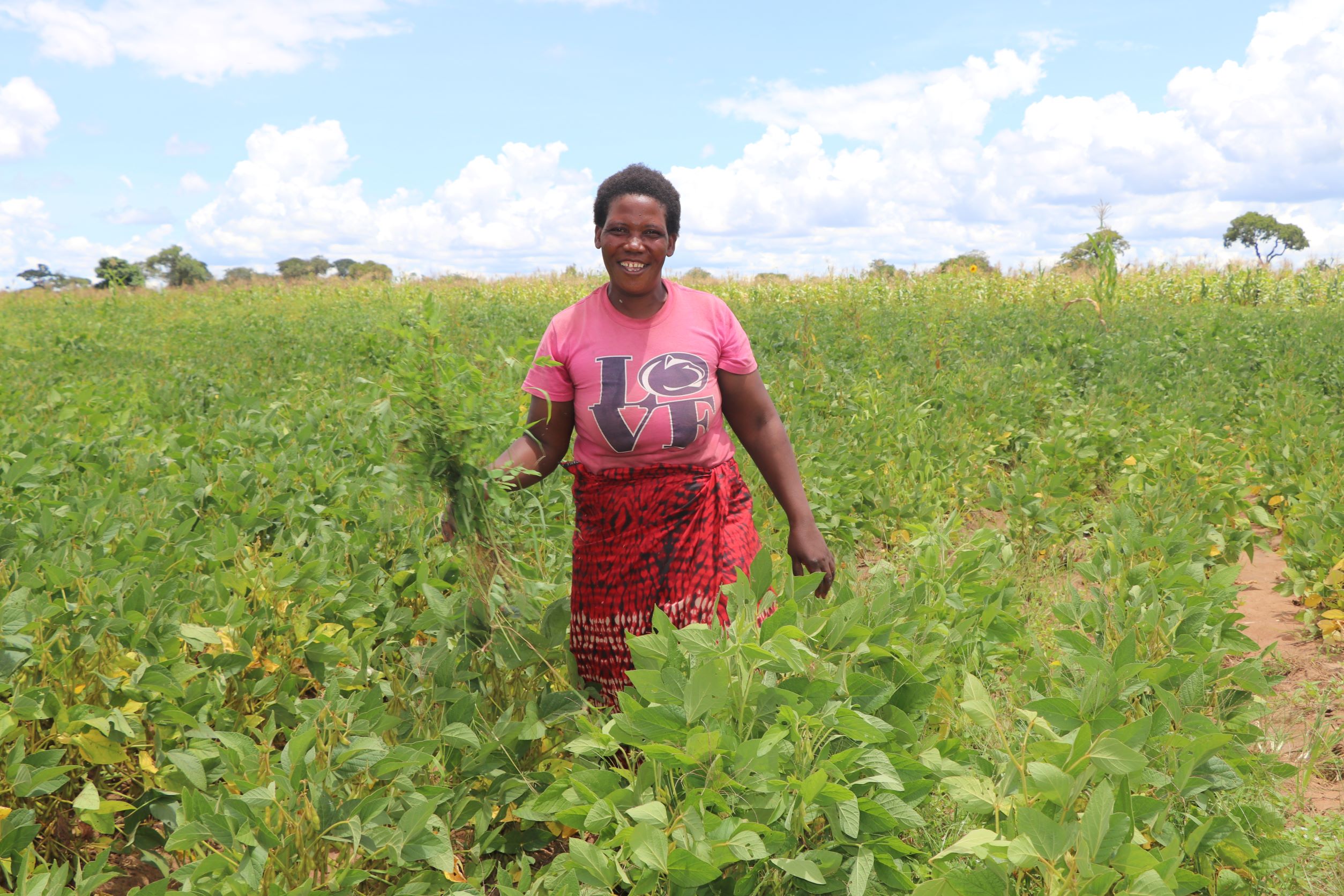 So far, she has bought cattle, and her own plough and has moved out of their grass-thatched house into a better one that she has built from profits made out of her farming business. She now wants to buy her own reaper,two dairy cows to have her own supply of milk at home and a motorbike for better movement.

Hildah Lungu, also of Azele Guze village, is a farmer who grows maize, soya beans and groundnuts and says the kind of farming she is doing now is different from that of yesteryears.

“We used to grow our crops in ridges but World Vision came us and taught us the advantages of conservation farming. At first, I doubted it but once I did, I harvested more than I expected and since then, I have vowed to never stop doing it because I have seen its results and goodness”, she says.

Hildah also keeps livestock such as goats, chickens and ducks. After selling goats, she orders chicks and these include broilers and layers, which give her extra income to take care of her aged mother and her children.

And Allan Phiri, another resident of Azele Guze village says he previously had challenges feeding his family and taking his children to school until World Vision trained him in conservation farming in 2017 and changed his life.

He now has 50 goats and 60 cows. He also keeps broiler chickens and has managed to take his children to school, some of whom are now teachers and others are waiting to go to college as well.

“We are also practising conservation farming. We use manure and our crops are doing well. We have grown sunflower, maize and soya beans. Even my garden is doing well. My house is of a good standard and we even watch television. There is no hunger anymore. I currently have 17 bags of maize and we will soon be harvesting more,” he says with pride.

Allan is also part of a savings group, another of World Vision’s initiatives, which he says has taught him how to spend his money prudently. He expressed his gratitude to World Vision.

“We thank World Vision for the knowledge they have imparted to us. Most of us have found them meaningful. We now know that even with little or no fertiliser, we can still grow healthy crops using manure. They have removed us from poverty and the spirit of begging when we have enough energy to use it to earn a living. I have now bought two motorbikes due to producing good harvests from conservation farming”, he says.

In Kalumbi village, still in Katete district, is Webby Banda, a farmer taking care of two wives and 19 children. He says the way his farming business is doing now since he started practising conservation farming under World Vision is different from how it was years ago.

Webby says before 2014, it was difficult to make ends meet and also buy farming inputs such as fertiliser until World Vision came in and taught them conservation farming, which does not require much fertiliser. And life changed.

“We used to harvest only seven oxcarts of maize but now we harvest up to 30 oxcarts. Even when you look around this yard, there is no grass-thatched house except the goat’s house, meaning that life has changed. Money is no longer a problem since World Vision trained us. This season we didn’t have much fertiliser but our crops are still healthy due to the manure we applied. Only the rainfall pattern is a challenge”, he says.

Webby says he still manages to send all his children to school including to college as he has some in nursing school on the Copperbelt and thanks to World Vision for the knowledge.

“We wish they could stay longer so that we progress even further but we understand that they need to help other people too. And anybody who thinks World Vision is wasting their time just doesn’t have a plan after all these are free lessons. We have cattle, goats and chickens here. Life is easy now”, he says.

Webby is also a bee farmer, making money out of honey and thanks to World Vision for teaching the community about planting trees and coming up with a forest as the area would have had no trees left by now due to cutting them down for charcoal and firewood.