In Armenia, every third person is poor, while two per cent of the country’s population (around 60,000 people) is extremely poor, lacking key capacities to earn enough for meeting their basic needs.

As predictable as it can be, the national statistical data shows, that ‘in Armenia, households with three or more children below 6 years of age are exposed to a poverty risk (59.0%) around two times higher than the national average (29.8%)’.

World Vision has been working in Armenia for more than 28 years, and all the efforts of the organisation have been forwarded to fight poverty among children and their families. However, the work has been and still is challenging when dealing with the extremely poor families.

“In World Vision we refer to these families as being the most vulnerable, which means, that these families are mostly marginalised in their communities, they not only lack financial means, but also knowledge and ability to refer to social assistance services and programmes. The work with these families is particularly difficult, as they have no strong economic, social and cultural ties,”- says World Vision Armenia Economic Development Programme’s Manager, Husik Sargsyan.

It has been already six months since World Vision Armenia started piloting the ‘Graduation model’ which aims to help families living in extreme poverty to become self-reliant.

45-year-old Jemma is a mother of seven. Her family used to live in economically tough situation; her husband was ill for a very long period, which made Jemma the only bread-winner of the big family, living in one of the rural communities of Tavush Region, Northern Armenia. 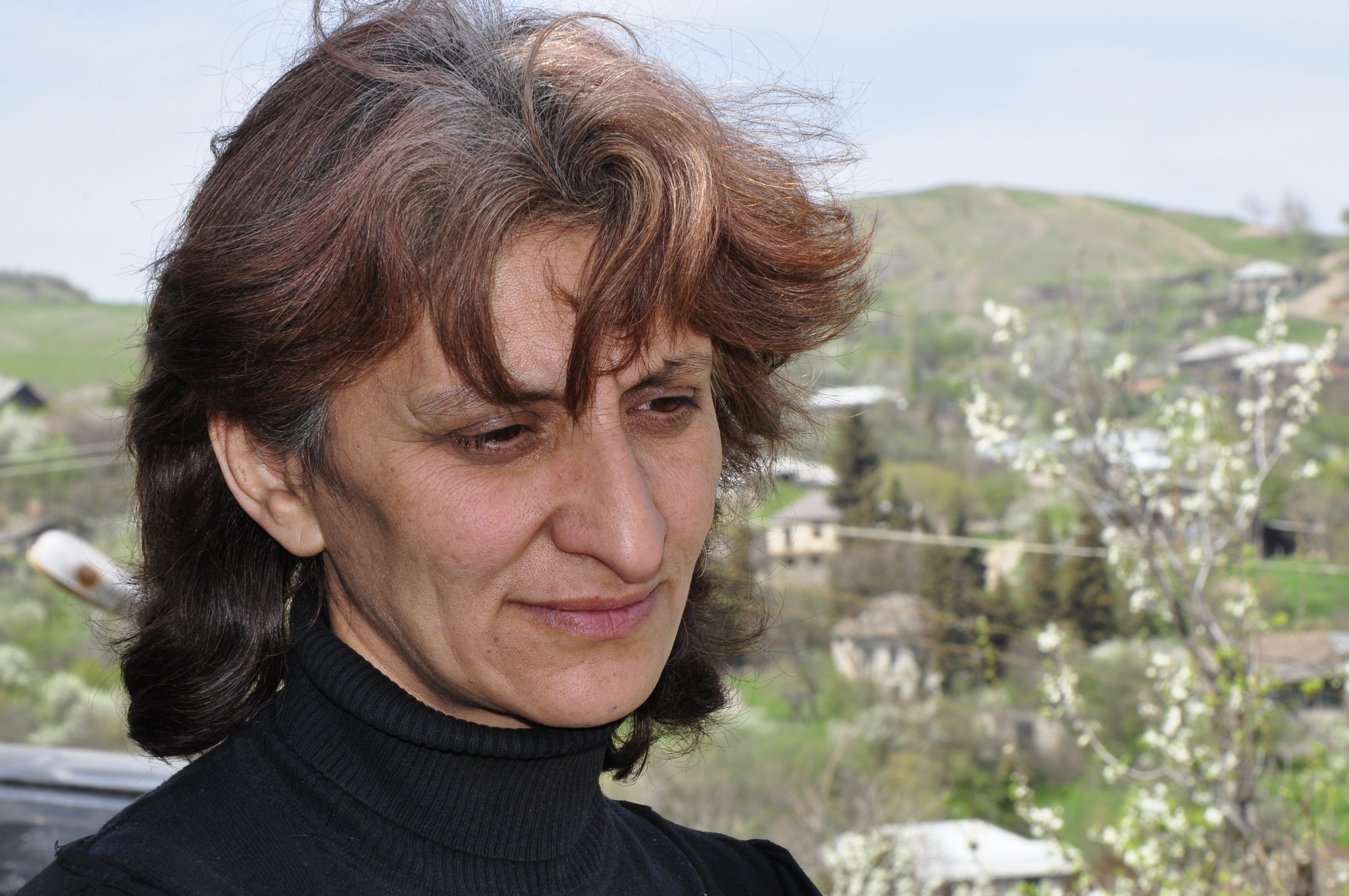 About six months ago World Vision’s social worker involved Jemma’s family into the Graduation programme. The family received two beds and a big table, potato seeds, but most importantly, Jemma was empowered to start her small family business, that would help her family survive.

“Once I used to work in a sewing factory, and when World Vision’s social worker asked about my needs, I told her, that if I had a sewing machine and some fabric, I could sew linen and kitchenware to sell in the village,”- says Jemma.

Jemma had skills and a wish to change her and her children’s life. When World Vision provided her with a sewing machine and fabric, she started sewing linen and kitchenware every night, and selling them in her home village in Tavush Region of Armenia, as well as outside of the village.

“I earn some 20,000 AMD (around US$41) every month. My co-villagers either pay me in cash, or barter with food – diary or meat. I have already started buying fabric with my own earned money. I have regular clients, I sometimes put meat on the table,” – shares Jemma.

World Vision’s Child Protection team also worked with the local school administration, - “We advocated for Jemma to be hired as school janitor. Now she is employed, she has her small-scale business, necessary furniture for the children and some potato for the coming months. Our social worker is in regular contact with her, providing guidance and mentoring, as well as helping her oversee how she is spending her income,” says Karo Karapetyan, World Vision Armenia’s Child Protection Coordinator for Tavush Marz.

For 44-year old Nelli, being involved in World Vision’s Graduation programme meant a big restart in life. “My parents were living a dignified life. But in the course of life my family got in an economically tough situation. When my child was born four years ago, I understood that I need to do my best to take good care of my child, to earn for his healthy food, for his proper education and development,” remembers Nelly. 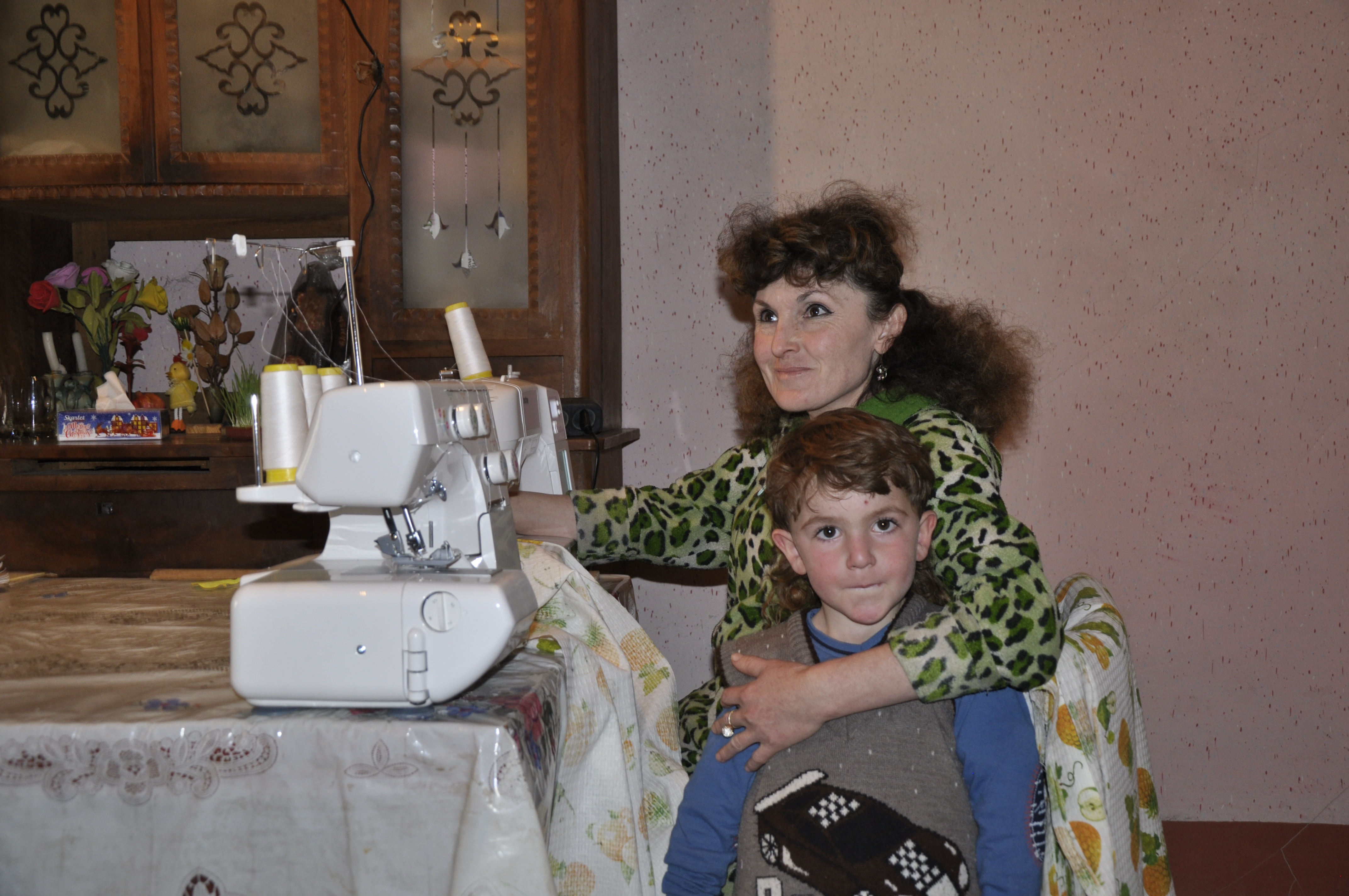 Nelly is a skilled woman, but lack of opportunities in the remote rural areas of Tavush Region, was hindering her and her husband to earn their living and live a dignified life.

Thanks to the sewing machine and fabric provided by World Vision, Nelly started her small business; she was sewing and selling different things – clothing for newborns and toddlers, linen, kitchenware etc. “With the first month’s income we bought two goose and a young calf. With the second month’s income we bought tyres for our old soviet-era car, and now we can drive to neighbouring villages and sell our products. With the third month’s income I paid for my child’s English language course, as I want him to be well-educated and smart,” says Nelly proudly.

“I am so thankful to World Vision. It supported us to have a very good start. We now stand firmly on our feet. We think about the future, it is not only daily food that I care about as I used to do previously. I am now planning a better life for my family, where my child can receive a good education, and I and my husband can achieve a lot in life due to our hard work,” says Nelly.