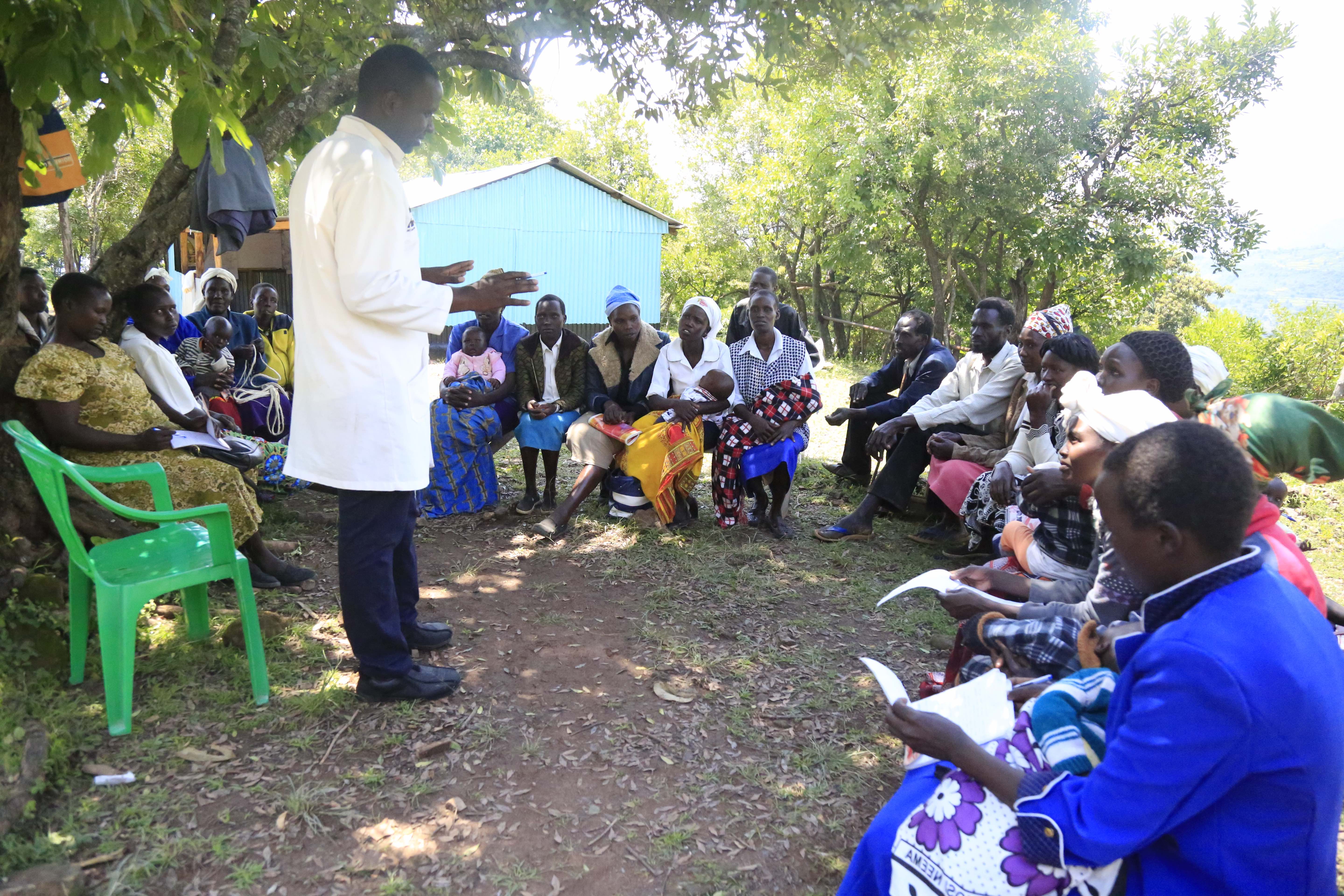 Women learn about the importance of breastfeeding at the Kimoloi Mother-to-Mother support group in Elgeyo Marakwet County in Kenya.(©2018 World Vision/ photo by Cynthia Doresi)

At a remote village in Elgeyo Marakwet, located in rural Kenya, I meet 23 year old Hellen Kiprop. She is happily playing with her eight month old son, Brian, as she chats with a group of women seated under a tree.

However, this is not just any village gathering. It is a special meeting convened by the community’s Mother- to-Mother support group.

The group encompasses women of any age who come together to learn and discuss issues of child nutrition and care.

Hellen joined the group early this year and has since learned a lot about the significance of good nutrition to children’s health and general well-being.

Among other aspects of nutrition, the group emphasises the importance of breastfeeding which holds immense benefits for children. 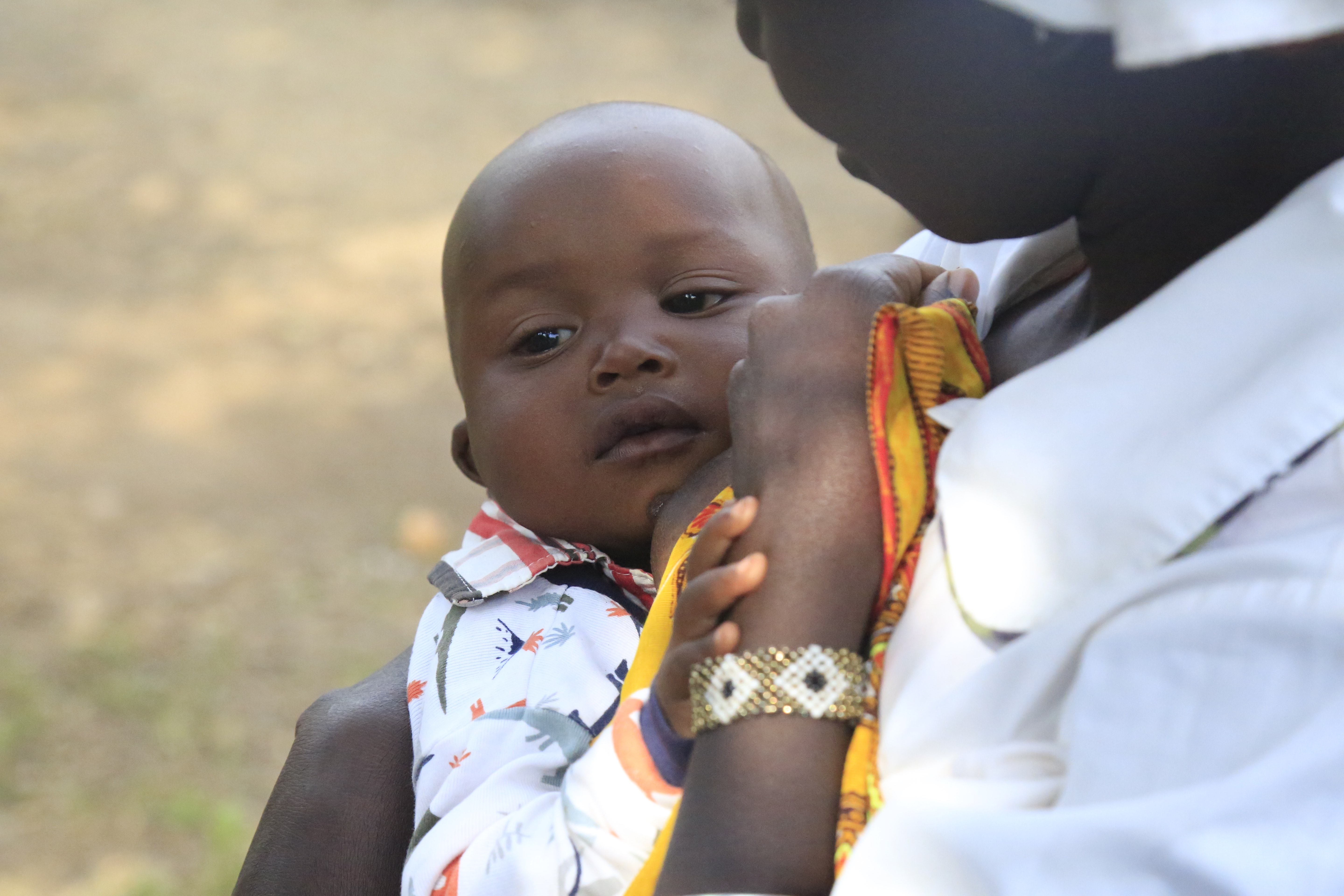 Hellen Kiprop is happy that her son is healthy,thanks to breastfeeding. (©2018 World Vision/ photo by Cynthia Doresi)

According to the World Health Organisation (WHO), mothers should breastfeed their children exclusively for the first six months of life.

Thereafter, they should begin introducing complementary foods while still breastfeeding the child up to the age of two years or beyond.

“The milk has everything the baby needs to grow well during the first six months of life. It is easily digested and will not therefore cause constipation in the child.”

As it is rich in vital antibodies, breast milk boosts immunity and protects children from infections which can be life threatening.

“It also makes children more intelligent while deepening the bond between the mother and the child,” states Daniel.

In spite of these benefits, only 61 percent of Kenyan children are exclusively breastfed as per the Kenya Demographic and Health Survey (KDHS 2014). The remaining 39 percent are thus at risk of the adverse effects of malnutrition.

Initiatives such as the Mother-to-Mother support groups, scattered in different parts of the country, are helping bridge this gap so as to enhance improved nutrition and give children a good start to life.

This goal is in line with the 2018 World Breastfeeding Week (1st-7thAugust) theme ‘Breastfeeding: Foundation for Life.’The theme seeks to recognise the importance of breastfeeding to a baby’s future. 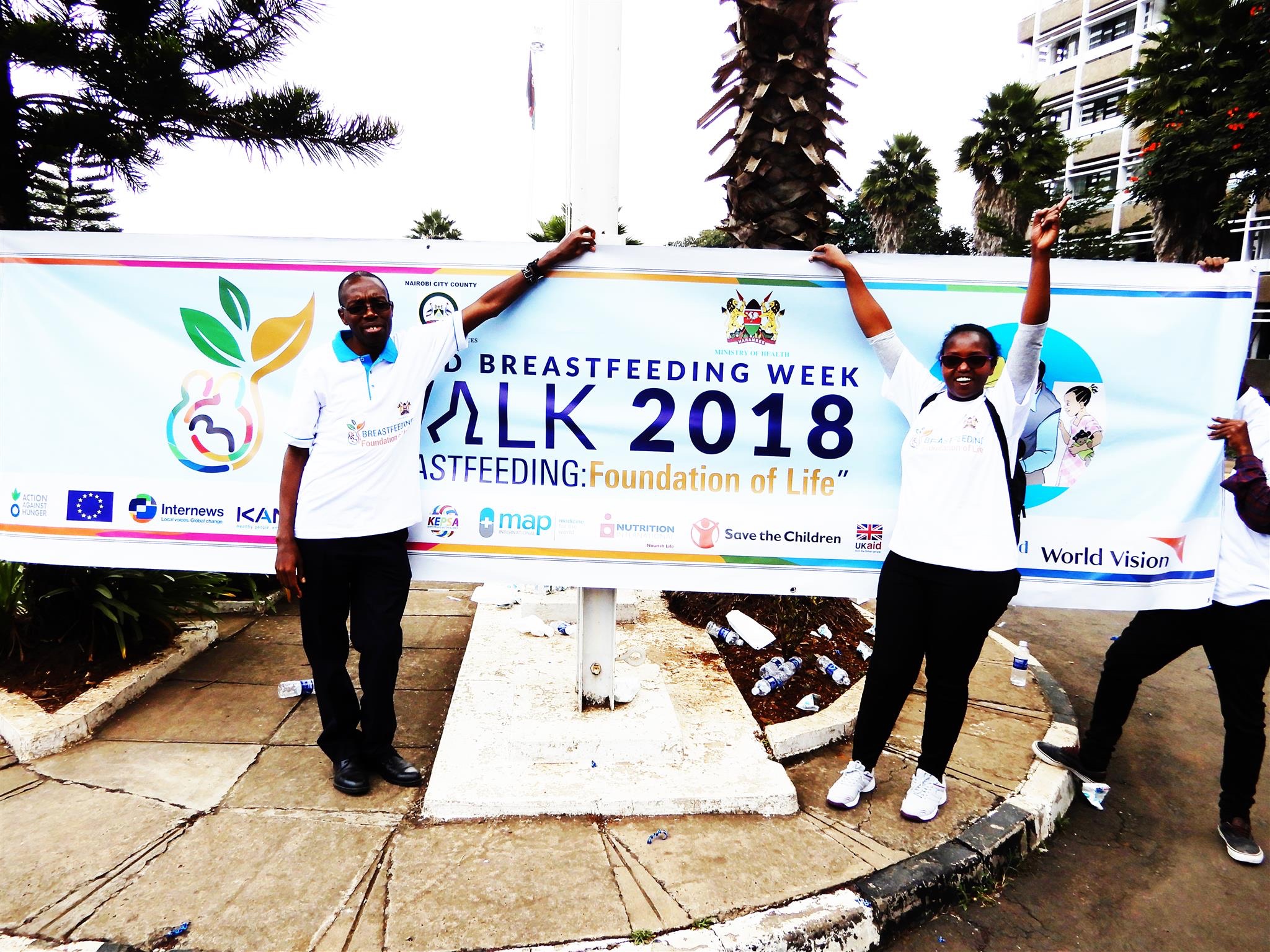 Daniel Muhinja (right), Nutrition Expert at World Vision Kenya during a walk to launch the 2018 Global Breastfeeding Week in Kenya. This walk was organised by World Visionin collaboration with other organisations. (© 2018 World Vision/photo by Cynthia Doresi)

Through the Enhancing Nutrition Services to Improve Maternal and Child Health (ENRICH) Programme, funded by Global Affairs Canada, World Vision Kenya has been working with the Elgeyo Marakwet County Government to support the Mother-to-Mother support groups so as to promote breastfeeding and boost child nutrition in the area.

“The tips I have received from this group have helped me raise my son well. He is healthy and rarely falls sick since I exclusively breastfed him for six months,” said Hellen.

She added: “When I had my first born daughter who is now three years old, I didn’t have this knowledge. So I only breastfed her for three months then started giving her complementary foods.  I also gave her traditional medicine which the community thought was good for children as it cleansed them. But this is wrong. I would go to hospital all the time because my daughter was constantly sick. She would often have coughs, stomach pains and other problems.”

Speaking during the launch of 2018 World Breastfeeding Week, Sicily Kariuki, the Cabinet Secretary of Kenya’s Ministry of Health stated that the government encourages and promotes breastfeeding owing to its tremendous health benefits.

“In a world filled with inequality, crises and poverty, breastfeeding is the premise upon which life-long well-being of babies and mothers is founded.”

To promote exclusive breastfeeding, Daniel noted: “We need to support mothers by providing them with a safe environment to breastfeed children.” 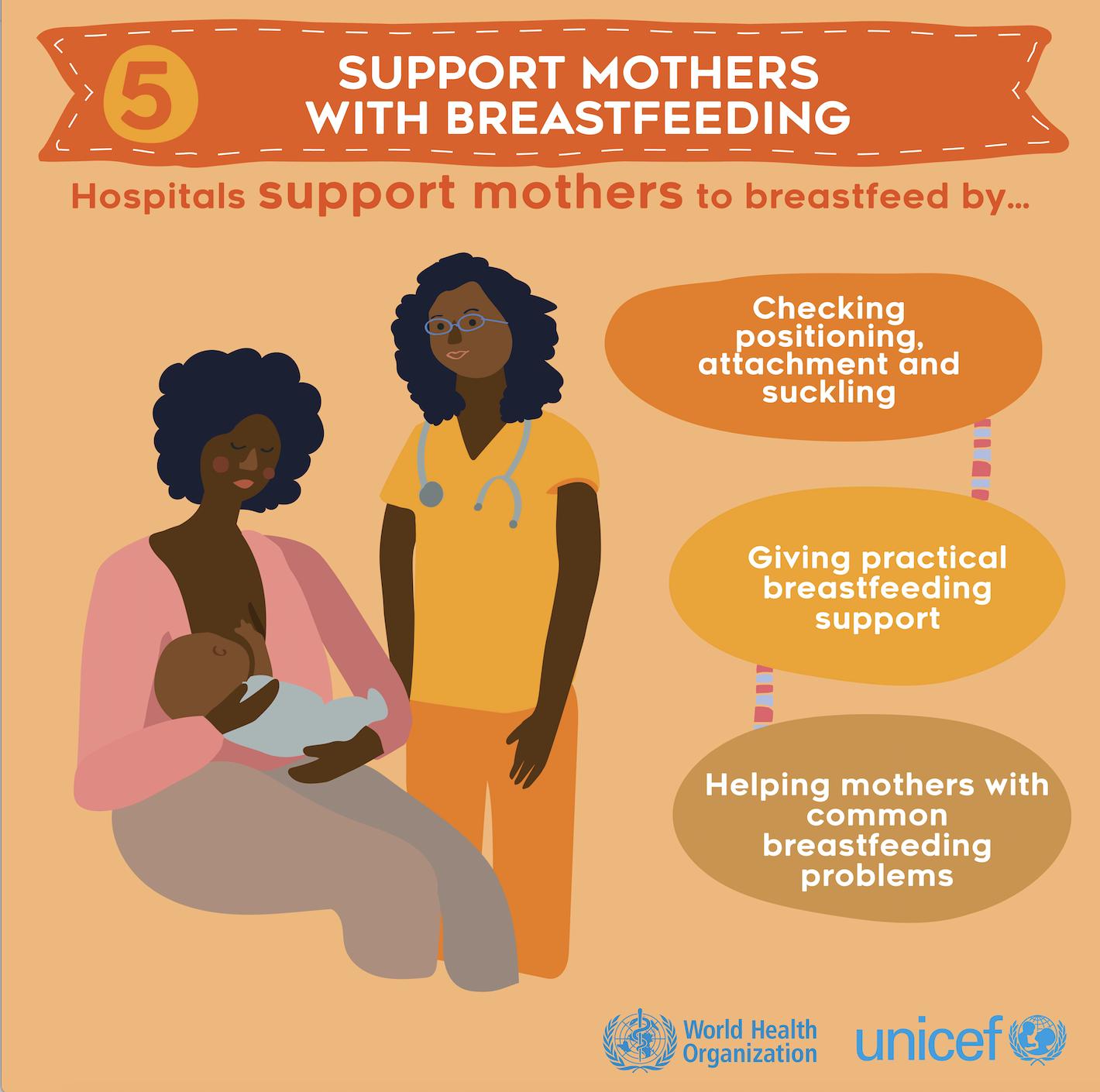 Aside from breastfeeding, the Mother-to-Mother support groups also advice women on the types of healthy foods to give children when they are above six months.

“We also learn about good hygiene practises such as keeping baby utensils clean, giving children purified water and feeding the baby with clean hands so as to prevent diseases like diarrhoea,” noted Hellen.

Health experts note that the Mother-to-Mother support groups will help boost child nutrition indicators in Elgeyo Marakwet. The county has a severe malnutrition (stunting) rate of 30 percent. This is way above the national rate of 26 percent.

Malnourished children are more likely to succumb to childhood ailments like malaria, pneumonia and diarrhoea. Their brain development is also interfered with.