The ongoing conflict in Tigray which started in November 2020 has led to increased humanitarian needs, seriously impacted food security and disrupted people’s livelihoods. Hundreds of thousands of people including children, women and the elderly have been forced to flee their homes and are now living in Internally Displaced Persons (IDP) camps.

Within such a scenario, humanitarian suffering is imminent with a serious impact on food security as people’s livelihoods are severely disrupted. Firsthand accounts of survivors of the conflict, displaced children and families indicate that several people particularly children, women, and the elderly are suffering due to the continued conflict and instability in the region.

According to UNOCHA’s Ethiopia - Tigray Region Humanitarian Update situation report released on 28 February 2021, there has been continued reports of gunshots from the main cities, including in Mekelle and Shire. There has also been reports of continued incidents of house searches and indiscriminate looting, including of household items, farming equipment, ambulances and office vehicles, allegedly by various armed actors.

Berhan Belay, 36, a mother of three lives in Negash vicinity, a few kilometres north of Wukro town. According to Berhan, Tigray has turned into hell since the conflict started. “I have never seen such a bad time in my life. We fled into hiding with nothing, leaving behind our house and property. When we came back everything was gone”, Berhan laments with deep anger.

“Our entire livelihood has been demolished. We are suffering a lot due to lack of food. We have nothing to feed our children”, she adds.

“This time even children are in fear and traumatised. In my village, the soldiers stayed for nine days. They looted all of our properties. They were intimidating us and labelling us, as if we were wives of the special forces or local militia,” says another 45-year-old woman, Leteberhan, from Wukro town.

“Thank you very much for providing us with this cash support and being with us at this critical time. Today is a market day. I will buy some food stuff from the market to feed my children”, Leteberhan adds. 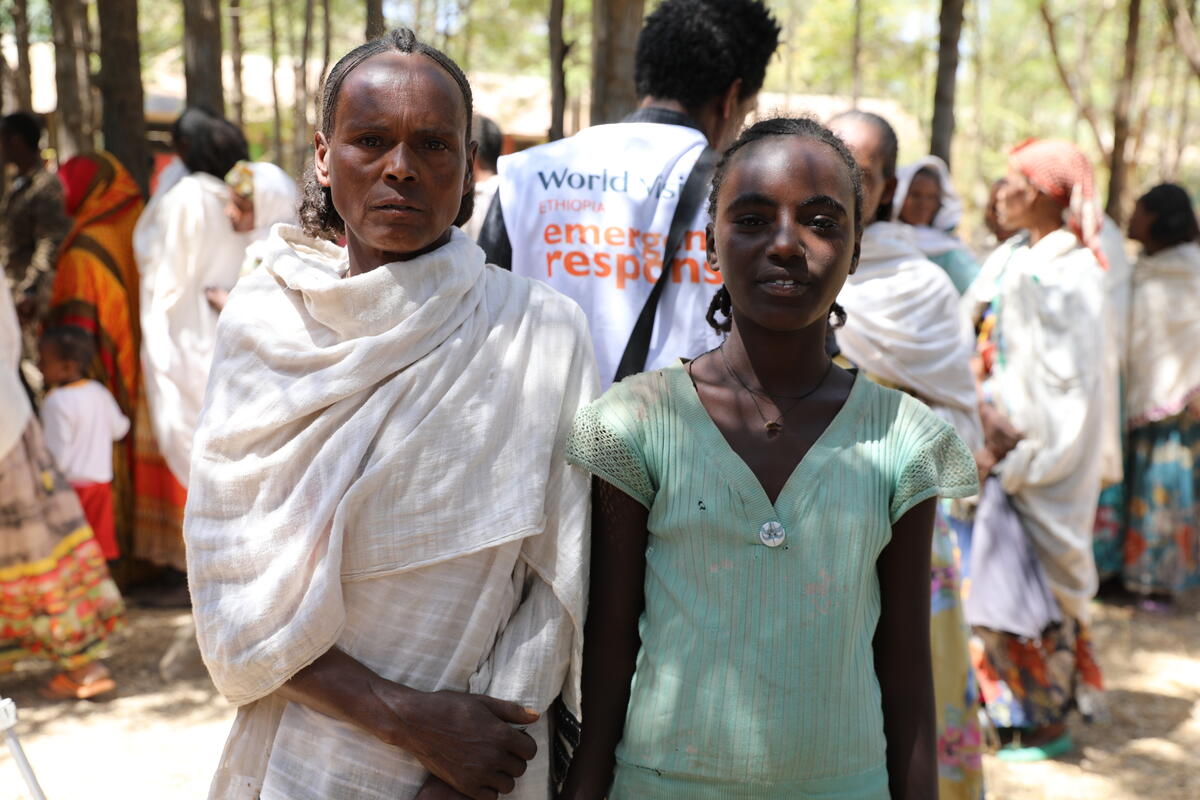 UNOCHA’s report also indicated that there have been alarming levels of violence against civilians. Incidents of killings and gender-based violence (GBV) have continued, mainly among women and children.

Sara (whose name has been changed), in her mid-thirties, was born and grew up in Sobiya town, in Qersa, Adigrat. She has two children, an 11-year-old boy and a six-year-old girl. As the conflict broke out, Sara along with her children and many others fled to Sobiya Ademariam in Assimba in order to spare the lives of her children and hers. They remained there for about a month until 9 January 2021. By this time, Sara had run out of food for her children. Hence, Sara along with seven others decided to go back to collect some food.

Unfortunately, she fell in the hands of armed men. They insulted her, beat her and then gang-raped her for two days, until she collapsed. “On the first day, five men raped me.  Then 10 other men raped me on 15 January 2021. Then I fell faint, collapsed, and was unconscious until 5:00pm”, Sara explains bitterly as tears run down her face.

According to experts, under normal circumstances there have been sexual assault cases in Tigray as in many parts in Ethiopia.  However, the magnitude and nature of sexual violence committed these days are different and unusual.  “Sexual incidents could happen when a woman or a child was travelling to fetch water or to collect firewood. Those cases were committed mainly on young girls but now on the contrary the cases are on mothers”, says Hadas Aschenaki, a Legal Expert for Sexual Assault Survivors at Ayder Hospital in Mekelle.

“Girls are subjected to rape due to lack of law and order. They might either be killed after being raped, or cannot receive medication, or die due to bleeding”, 13-year-old girl Emebet says.

“It is very deplorable that this time rape reports coming shows a woman raped by at least three or four men and in some cases up to 15 men. Now, a mother is raped in front of her child or her husband. This has severe psychological consequences on the woman. The assault is both physical and sexual”, Hadas adds.

Sister Mulu Mesfin is a Case Manager at Ayder Hospital One Stop Center for Sexual Assault Survivors. Mulu says the unusual phenomena of such horrible rape cases is a recent development which followed the conflict in Tigray. “The worst thing is the perpetrators prevent the victims from getting medical treatment after raping them. They take the victims hostage and keep them in their camps for two weeks or a month”, Mulu explains.

To heal the wounds and restore hope for Sara and many other thousands caught up in the crisis, particularly children and women, World Vision has been responding through protection, psychosocial support, cash assistance, water, sanitation and hygiene (WASH), as well as awareness and capacity-building trainings for community volunteers and staff from relevant government sector offices.

“Including Sara, we have provided cash support to 50 GBV survivors (2,500 Birr / approx. 57 US Dollars each) for medical, legal and psychosocial support services. We have been supporting more than 850 internally displaced children through recreational activities including various outdoor and indoor games. In addition, more than 1,800 IDPs (children and women) accessed community-based psychosocial support including safe spaces and socio-emotional learning”, says Bethlehem Abraham, Child Protection and GBV Coordinator for the Tigray Crisis response. 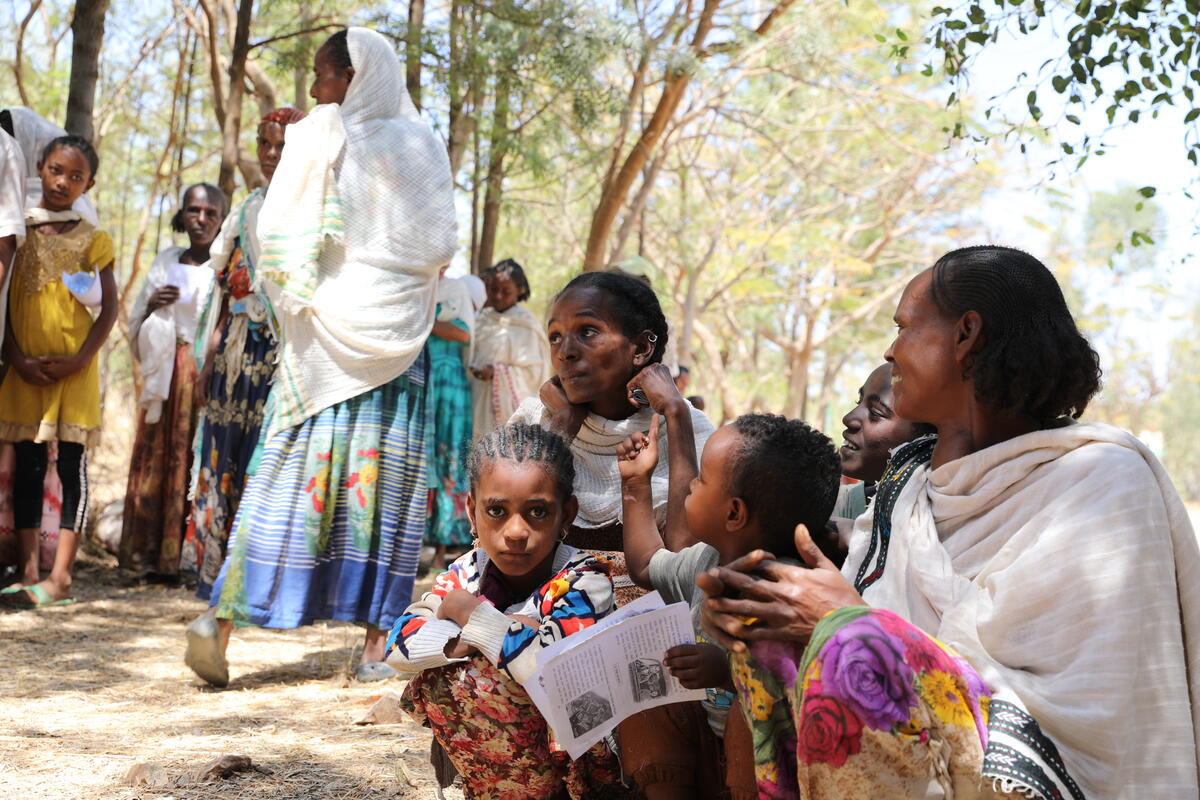 “So far, World Vision has been providing clean water to more than 340,000 people and medical supplies to more than 400,000 people affected by the crisis”, concludes Samuel Tilahun, Humanitarian Emergency Affairs Director.

Amidst the conflict in Tigray, 2.3 million children need your help. To donate, please click here.