Action movies like Aquaman, Black Panther and Wonder Woman inspire children and adults alike. But the real superheroes inTigray are not on TV screens. They are in hospitals and Internally Displaced Persons (IDP) camps. They include teachers and civil servants that have not been paid in months and are suffering from the same maladies as their students and clients: a lack of food, medication, electricity, and the basics of life. They include the more than 300 World Vision staff who have reached over 1.5 million people with humanitarian assistance. 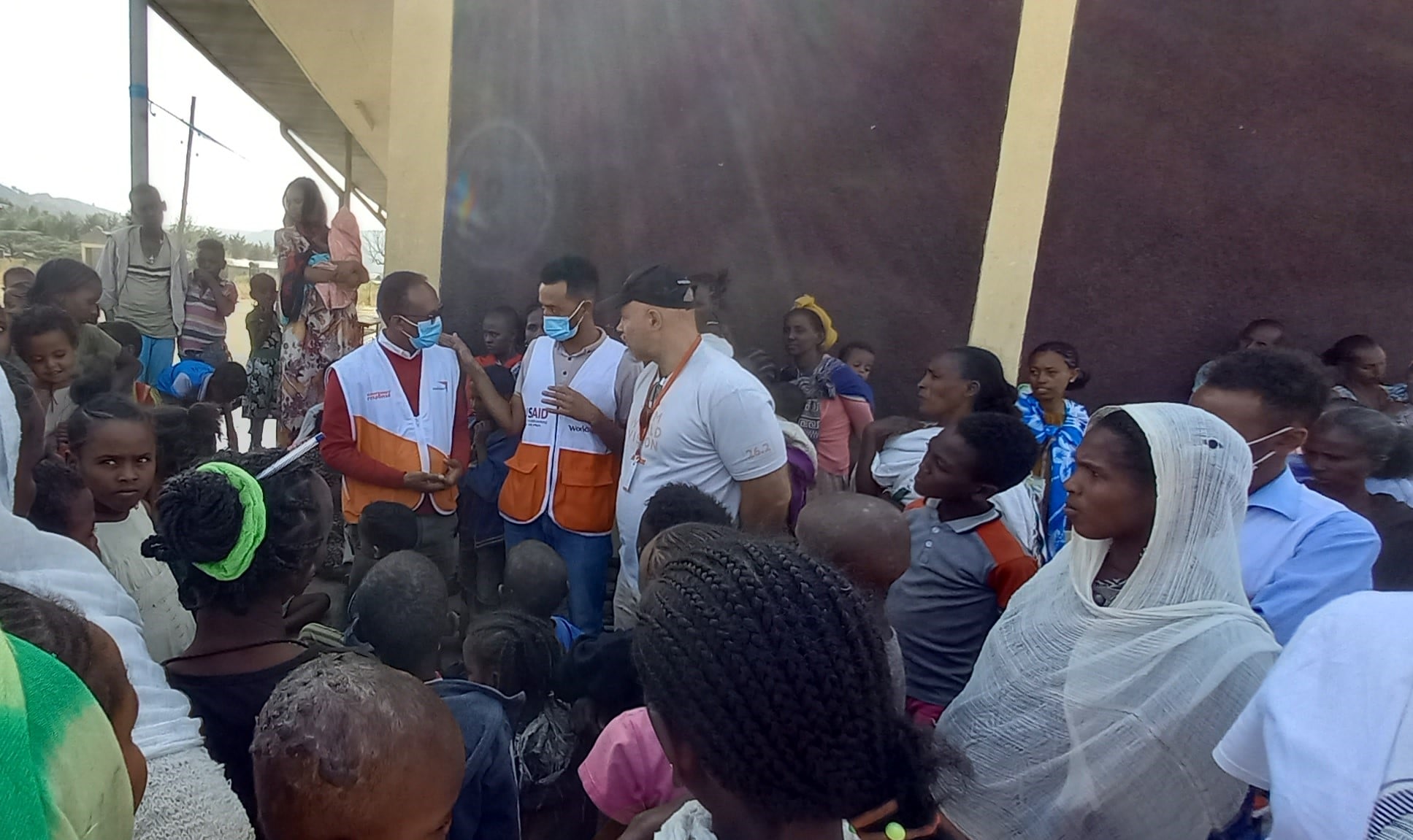 My favourite hero is Dr. Mohammed. He is one of 3,608 heroes working without pay since May 2021, at Ayder –the largest hospital in Tigray. Dr. Mohammed is a highly trained paediatrician with a photographic memory and a heart of gold. He remembers how many patients died during electric power outages over the last eight months (53 in total, including 44 babies on life-sustaining machines.)

He also remembers all 241 Severe Acute Malnutrition patients whom he treated over the last eight months, including the 22 who died. He recounts alarming statistics including a 300% increase in malnutrition patients. He remembers when Mekelle had ‘unimaginable’ world-class capacity including 20 specialised paediatric doctors performing complex surgeries with cutting-edge equipment.

Dr. Mohammed not only remembers all the numbers; he also remembers all the names. When I asked about a baby he was treating when we first met on 22 December 2021, he said his name was Rafael. His mother was also a malnutrition patient, but she insisted on being discharged because she could not afford to lose her job at a bank as she had other mouths to feed. Rafael died days later.

“You came at the very lowest point in our history,” he says, recalling that stocks of drugs and supplies were below 10%. “We were using expired drugs and re-using supplies like rubber gloves.”

But after Dr. Mohammed and his Ayder Hospital team members provided a long list of requested materials, World Vision airlifted over 19 metric tonnes of medical supplies from January to March 2022. This included over $54,000 worth of daily supplies including 5,000 fluid bags, essential for administering life-saving medication and rehydration. “We need intravenous fluids right and left for antibiotics, ARVs for HIV, and drugs for cancer,” he said.

After World Vision’s shipments, stock levels were replenished to 40%. But by April 1st, they were already back down to 20%. To meet growing needs, World Vision hopes to ship more medical supplies in the days ahead in light of the current ceasefire and resumption of humanitarian convoys from Semera, Afar.

As always in Hollywood movies, heroes are ready to rise to the occasion and be at their best when the situation is at its worst.

By Edward Brown - National Director for World Vision in Ethiopia