“Both my parents are small-scale farmers. My father always complained about having all of us in school at the same time.” Janet is one of eight children. “He said that he did not have money for me to continue with school, and the only option I had was to get married.” She was 15 at the time. “My dream is to become a doctor.”

The pressure to get married was becoming unbearable. Janet’s father had already forced two of her sisters to drop out of school and get married. Janet understood that marriage was not a solution. One of her sisters returned, discarded by her older husband, after only a few months. “Because she was still young, her marriage did not work out, and she came back home,” Janet said.

There was never peace at home. Her mother had left the home a few years earlier, and her father remarried immediately. “Our stepmother treated us so harshly. She teamed up with our father, and she was in support of me getting married saying that there was no money to keep me in school. At the time I was never given money for lunch, but amidst all those challenges, I kept on going to school.”

Before long, Janet’s father informed her that there was no more money for school fees and that she could no longer attend her school. She cried all night long. Her father took her to her Aunt’s house in the city and left her there. She didn’t know why. Her cousin told her that she was to be married off, and her Aunt’s house was closer to potential husbands.

Janet considered her situation and tried to form a plan. Janet was the chairperson of her school’s child parliament. She had learned that in Uganda, over 40% of girls are married before their 18th birthday, but she also learned that in her country child marriage is illegal. Janet knew her rights. She decided she would reach out for help.

First, she called her mother. “I only find comfort when my mother is around, because she gives me emotional support, and she encourages me all the time to stay focused on education.” Janet’s mother knew right away that her daughter was in danger. Her mother told her to leave immediately. She also sent Janet money for a motorbike ride away from there. Janet escaped.

Next, Janet asked her teacher Patrick for help. Patrick is part of a World Vision-supported community advocacy group, Citizen Voice and Action. The group organized a safe place for Janet to stay and meet with her father. They told him that they would make sure he was prosecuted if he persisted. “But,” Janet said, “he stood his ground that he did not have money to keep me in school.” 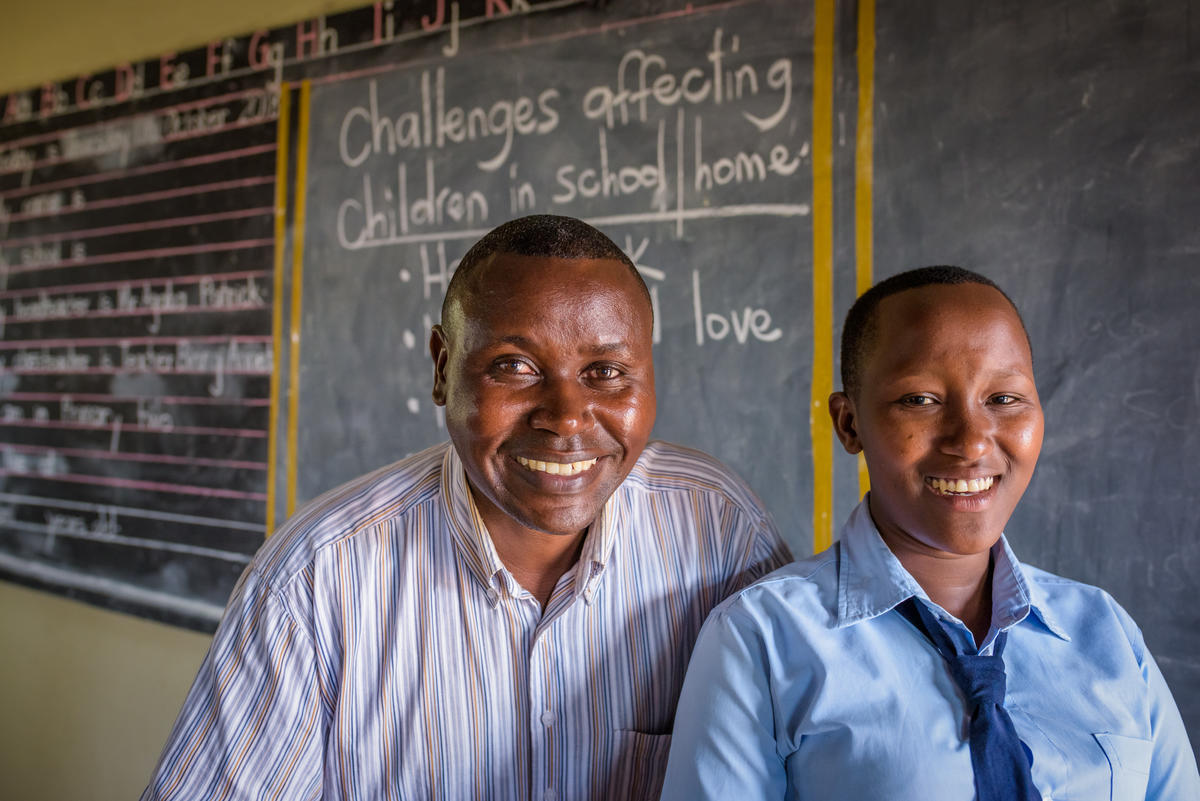 Patrick advocated on Janet’s behalf with the school to waive the fees. “Luckily enough, the school gave me a chance to study.” Janet would be allowed to continue her education. She had escaped child marriage.

Child marriage is a violation of human rights, yet every day children just like Janet are forced to marry against their will. While boys are also affected by this practice, more than 90% are girls. Each year, 12 million girls are married before the age of 18. Every two seconds a girl’s childhood, dreams, and education are cut short. This is unjust.

It doesn’t have to be this way. We believe a world without child marriage is possible. All children are made in God’s image and are worthy of dignity, respect, and opportunities to thrive. It’s time to protect and empower girls everywhere. It’s time for justice.

World Vision’s global campaign, It takes a world to end violence against children, is our promise to do everything we can to make a safer world for children.

Be part of our global campaign. Call on governments to ban child marriage, implement existing laws, and fund services to prevent and respond to child marriage. It’s time to end child marriage now. 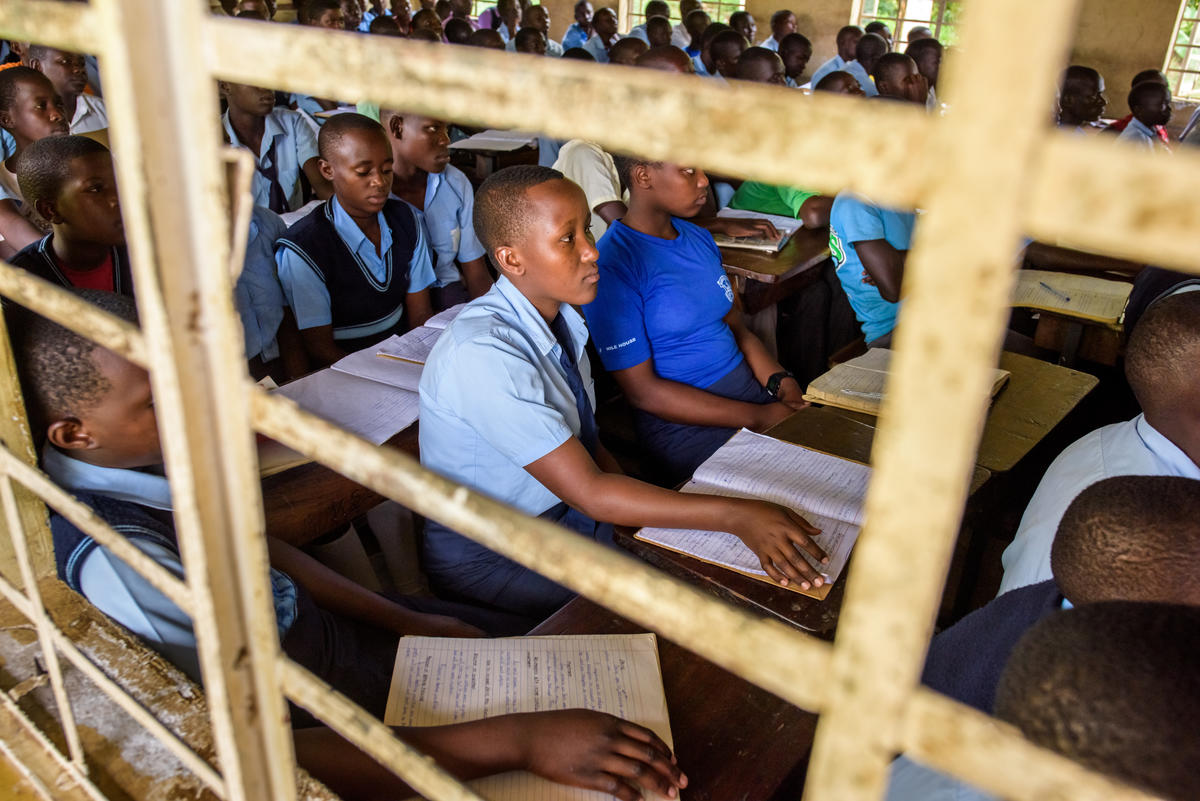 Children’s groups, such as the child parliament that Janet participated in, can empower children and teach children about their rights: the right to worship, the right to education, the right to play and be a child. It’s critical that girls learn about the detriments of child marriage and their right to say “no” in a safe environment.

Education is powerful. Clear and compelling data shows us that if more girls were able to access quality education, we could not only greatly reduce child marriage, but create a stronger, more peaceful, more equitable world. Research shows that education for girls helps reduce violence and poverty. Education contributes to better health for girls in their childhood and better health for their future children. When girls are educated through secondary school, they are empowered to make more decisions for themselves, and they have more economic opportunities.

For many families like Janet’s, marrying off children is part of their survival strategy. Fifty percent of girls from the world’s poorest families in developing nations are married as children. Many families fear they cannot provide for their children’s basic needs. Child marriage may seem like the only option. Many believe they are helping their daughter secure her financial future.

But when a girl leaves school to be married, her future earning potential is considerably reduced. Women with a secondary education (such as upper middle or high school) earn almost twice as much as women with no education at all. Even one year can make a difference of up to 25%. Those earnings translate to more prosperous families, helping to end the cycle of poverty. 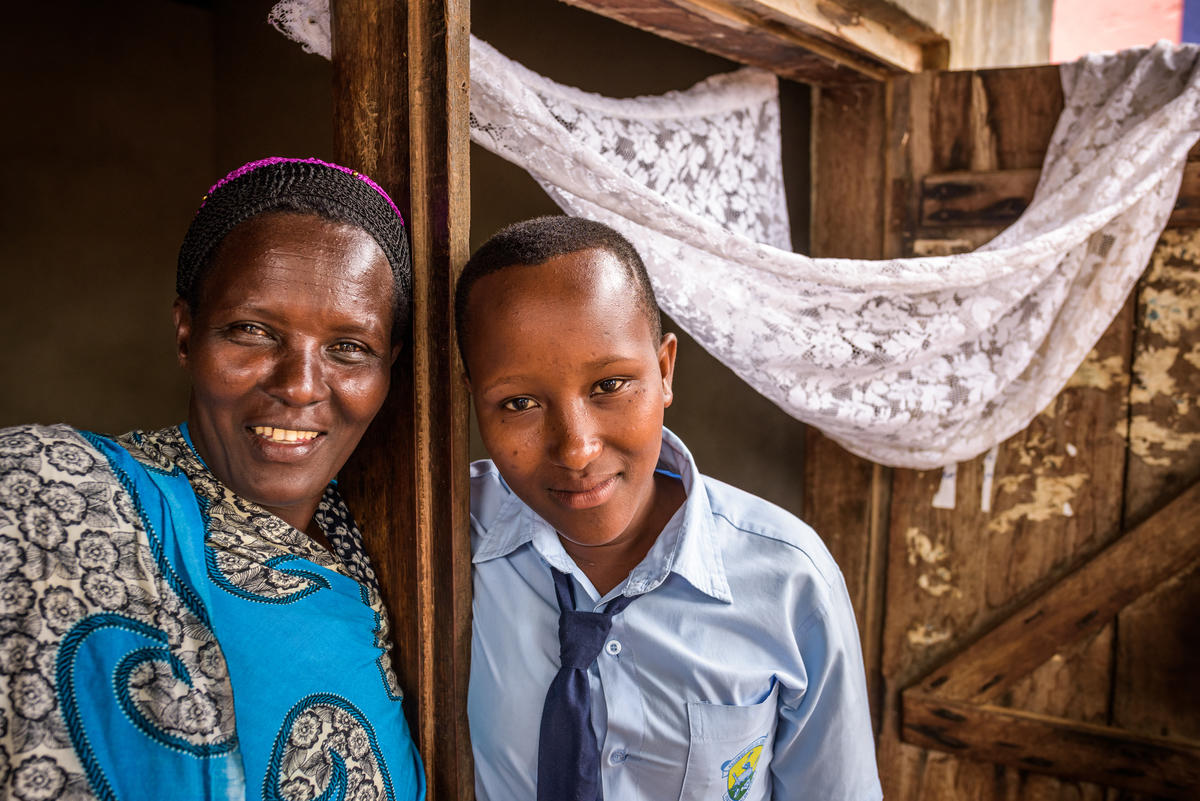 At World Vision, we know that to have an impact on child marriage, we must address poverty. By tackling the root causes of poverty, we’ve impacted the lives of over 200 million vulnerable children.

When traditional school is not an option, such as in some conflict zones, we have provided alternative education and income-generating opportunities like the Accelerated Learning Centre in Afghanistan, which has helped decrease child marriages by limiting the impact of poverty.

We want all children to be protected. We know that being safe and secure drives children’s sense of well-being. Communities need to have the tools to protect girls like Janet. We set up and train nurturing care groups to protect children, prevent harm, and ensure that those who are harmed receive the help they need to recover. We want to help every community build a safety net of loving people.

We train community members like Patrick to advocate for children. We work with various levels of government to create laws that protect children, and then we hold them accountable. Working with families, faith leaders, schools, and governments—as well as the children themselves—we want to create lasting change for children in every community, city, and country.

The future is bright for Janet

Janet is determined to have a bright future and wants to stay in school amidst the challenges around her. She’s doing well in her classes. She encourages her peers to resist the pressure to drop out of school. She shares her experience with others in hopes that they, too, can have the courage to say no to child marriage.

“She encourages her friends to study,” Patrick says. He’s certain that she’ll become someone important in the future. “She will come and help the community.” At World Vision, we believe Janet’s already had an outsized impact on our world. She’s an inspiration to us all.

Together we can make a safer world for children.