World Vision Jerusalem – West Bank – Gaza (JWG) participated in a virtual conference regarding education and early child development with the Comparative & International Education Society (CIES), called "Education beyond the Human". This conference was supposed to take place in Miami between March 22-26 of this year, but due to COVID-19 the conference has shifted into the virtual space. World Vision JWG participated in two sessions: Session #1: CIES Panel with UNICEF, Save The Children and Child Fund. This session took place on April 27. It was about taking care of caregivers in vulnerable context, and addressing caregivers’ well-being in low and middle-income countries to optimize child development. Session #2: An ecological model for communities. This session took place on April 30. It was about the Integrated Early Childhood Development Program in low and middle-income countries, and was a joint session between World Vision and Food for the Hungry Organization.

Since 2010, World Vision JWG has collaborated with the PA Ministry of Health (MoH) to train female community health workers (CHWs) to deliver awareness sessions on health and nutrition to pregnant and postpartum women (PW) through scheduled home visits for the first 1000 days of their baby’s life. This community-based approach is known as Timed and Targeted Counseling (ttC). 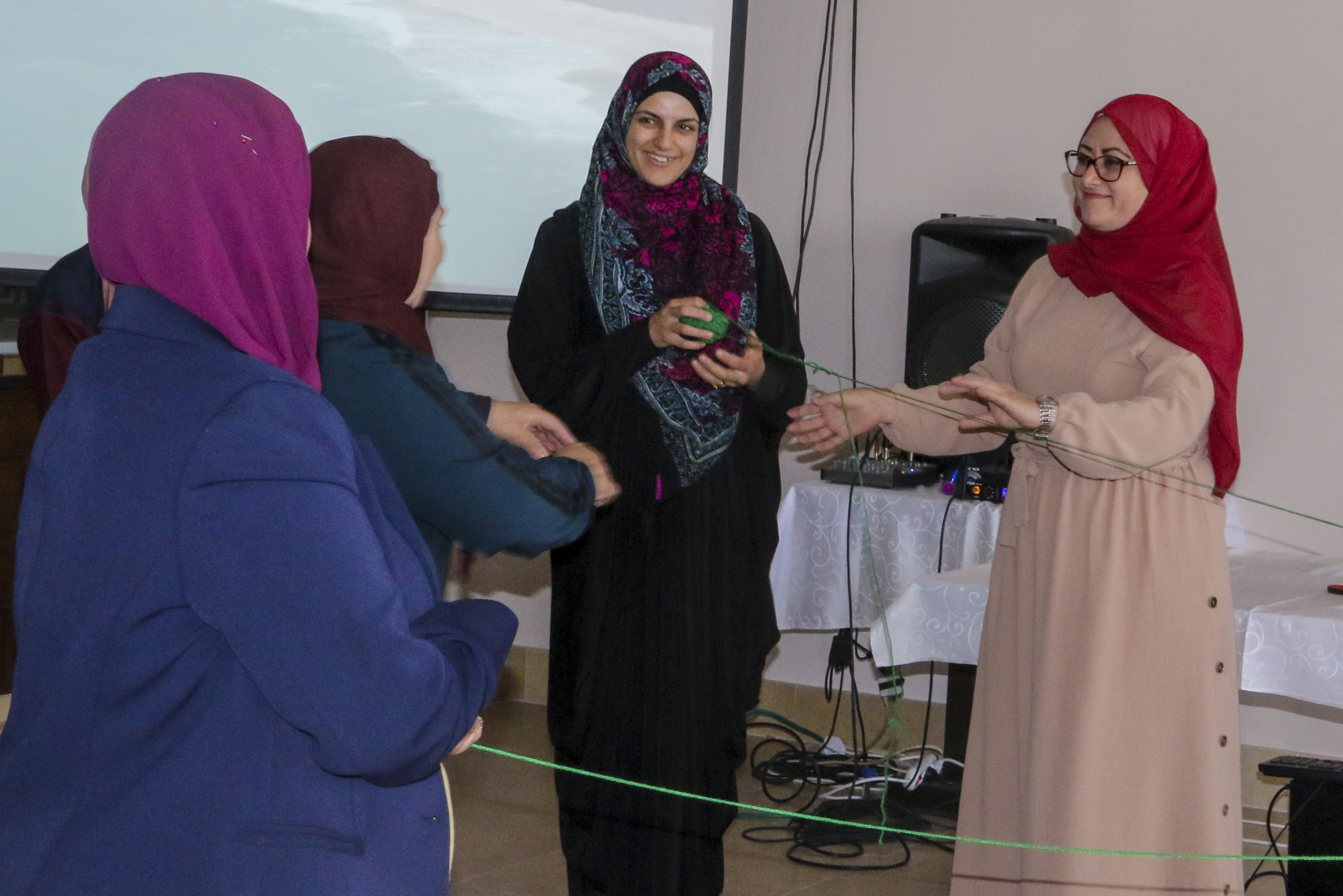 Framework, World Vision JWG during the years 2017-2019, tested an “Enhanced ttC” (EttC), which integrated the ttC with capacity building in early childhood stimulation (ECS) for caregivers and with psychosocial support to mothers. The MoH and World Vision JWG related experts jointly provided additional training to female CHWs on these subjects and CHWs delivered EttC to PW through scheduled home visits until the infant’s first birthday. These CHWs were also trained to facilitate group sessions at local clinics or community venues to reinforce caregiver’s capacity in ECS. “These training changed many things in me; it shaped my personality and gave me great information and skills regarding the health of the newborn and the pregnant woman. In addition, my society now accepts the idea of women working in the field. Of course, women we work with had great role in the society; they didn’t go to the local clinic unless in the event of the child vaccine, now they show up whenever there is a health session,” expressed Nisreen from Nablus.

Twenty-six communities in three governorates in the West Bank were randomized to receive either ttC or EttC, benefitting 469 PW in their 2nd or 3rd trimester. 238 of these women were assigned to the EttC and 231 to the ttC. “As a young and first time mother there is a lot of things that these sessions helped me to practice with my child, for example responding to my child whenever he cries,’’ said Hanadi from Zwedeen village. “I learned a lot of new things that are critical to my child’s brain development; I began to apply what I learned such as playing, singing and reading stories to my child,” explained Intisar from Deer Al’asal village. While Tasneem, a mother from Korza village said: “As a mother of my first child I enjoyed the sessions at the clinic and learned a lot of things, such as how to be sensitive when responding the needs of my child.”

The research results we did after the trainings were given, revealed the effectiveness of such an integrated approach, not only on the holistic child development, but also on the mental and psychological health of mothers. When the baby is 12 months old, the developmental scores for 4 out of 5 developmental domains were higher in the EttC than the ttC: Communications 59.5 vs 55.9, Personal Social 88.8 vs 79.0, Problem Solving 58.6 vs 52.8 and Fine Motor 57.7 vs 53.1. These results suggest that EttC has beneficial effects on 4 out of 5 developmental domains among infants during the first year of their life. In addition to that, postpartum depression levels among EttC groups were lower compared to the ttC groups. At the baby’s 12-month of age, the total level of mothers’ depression was decreased from 10.5% to 7.5% among the EttC group.

World Vision JWG keep testing new and enhanced approaches for its projects until they meet the needs of the communities it works with. The promise of the organization for the most vulnerable children and their communities will continue to try to give children the safest and healthiest life possible.