The United Nations designated May 20th as the World Bee Day in order to raise awareness about the importance of bees in preserving the planet's ecosystem. Studies show that the production of more than 75% of the world's food crops depends on pollination {1}. Pollinators, such as bees, contribute directly to food security and biodiversity.

Through this article, we will highlight a World Vision’s beneficiary who started beekeeping after she received beehives from World Vision Jerusalem – West Bank – Gaza (JWG) in 2006.

Samaher Qabaha, a Palestinian mother from Jenin, obtained five beehives in 2006 through World Vision JWG. She has been working on beekeeping since then. "It was a strange and new thing. Some people were making fun of this project, they were questioning our ability as women to deal with bees,” Qabaha recalls the early days when she started to manage beehives for the first time in her life, along with other women in her village. This pessimistic thought almost came true: the early days of the project were difficult for her. She faced challenges in dealing with bees, including being stung a lot. However, Qabaha was determined to succeed and was able to grow the number of beehives from five to 12. Currently, Qabaha’s bee farm produces over 60 kilos of honey annually, and she sells it to many customers who are keen to get high-quality honey from her. 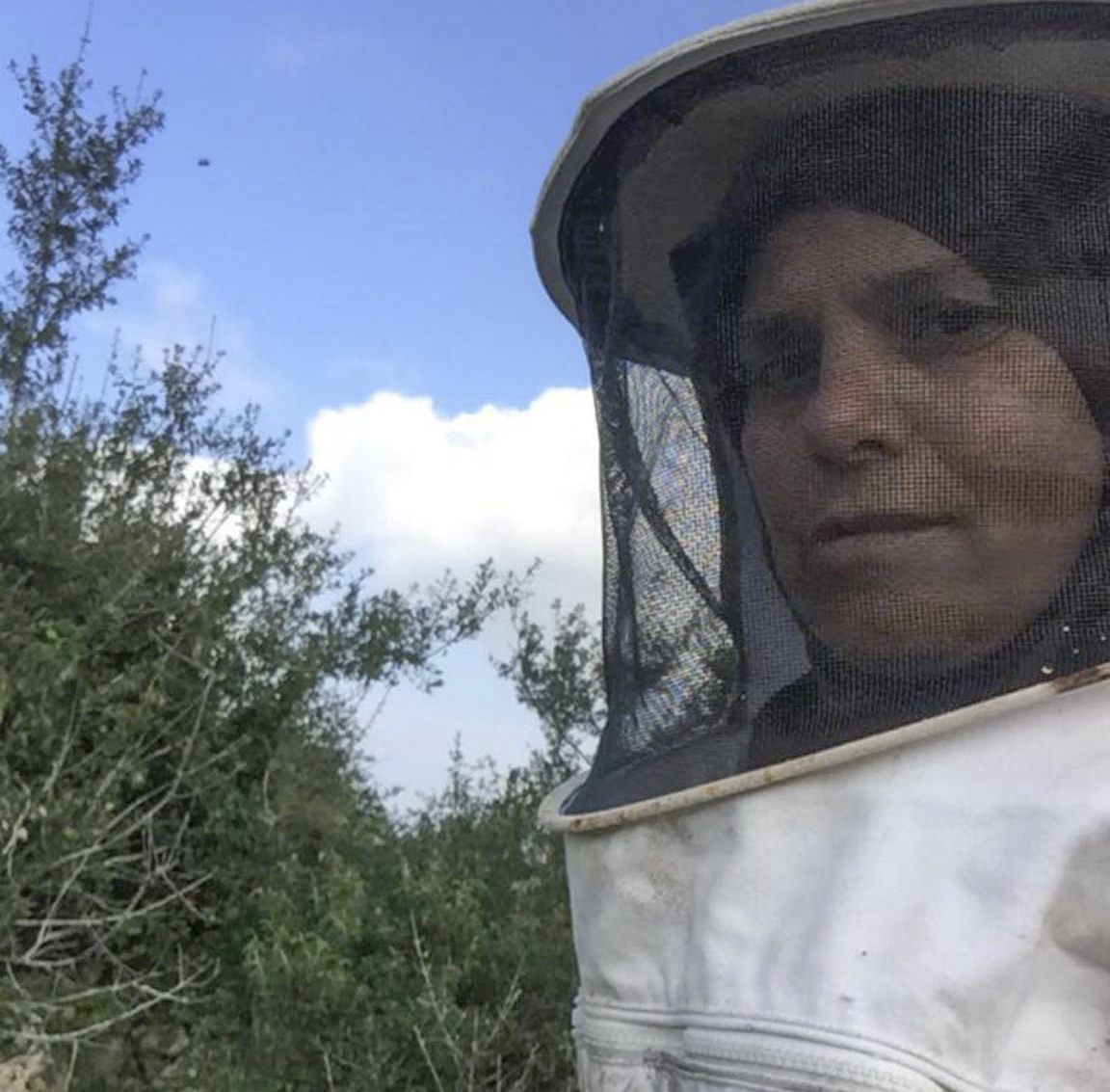 Managing beehives as a woman was a unique non-traditional experience to Qabaha. It built a sense of independence and productivity as she manages this business on her own. “This is my job; this is a great feeling for a woman to depend on herself and have her own business. I can be financially independent," Qabaha proclaims. Furthermore, managing beehives contributed to strengthening her social status. She became more outgoing in her village, leaving house regularly to take care of the beehives and to help other women who are new to beekeeping. “I shar my experience and knowledge on beekeeping with other women who want to manage beekeeping projects," she explains. “By growing my beekeeping project, I gained more self-confidence and felt that my personality evolved and became stronger."

In addition to the economic and social impact of the project on Qabaha, she realises the importance of bees on plantations and fertility of agriculture. “My neighboring farmers benefit from my bees the same way I do. Although a number of them do not prefer to have beehives near their home because bees sting their children, many others are realizing the importance of bees in enhancing their land’s production; they even started purchasing their own beehives to enhance trees’ pollination. The benefits of having beehives near a farm outweigh the negative side effects, such as bee stings,” says Qabaha.

The workload increases during spring season as to maintain the beehives. Qabaha needs to inspect beehives periodically to ensure that things are going well ahead of the summer production season. She has to make sure that the beehives are strong, and sometimes she replaces the queens. “Work continues throughout the year, but at a lower rate. It includes ensuring control against insects that are bad for the beehives, as well as ensuring proper heating and isolation for beehives in the winter,” describes Qabaha “Such job is tiring but enjoyable. Beekeeping is a unique work that differs from other home chores and gives a beautiful feeling of success and productivity.”

On World Bee Day, Qabaha plans to increase the number of beehives she owns, to increase the production of honey and other byproducts of bees such as wax, pollen, and royal jelly. She hopes that the public become more aware of the importance of bees in supporting the productivity of beneficial crops for humans. Every day, the beehives of Qabaha and other beekeepers contribute to pollinating vital food crops that people depend on for their food security.